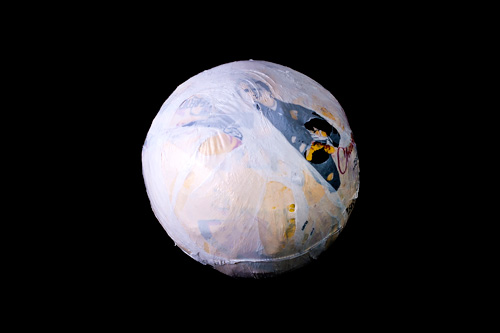 Plastic Sun is the piece I created for the The Tool at Hand Challenge. The tool I chose was a heat gun, and the medium I worked in was standard plastic grocery bags. (The challenge is based on an exhibit at the Milwaukee Art Museum.)

The Tool at Hand brings together artworks resulting from an unusual and slightly eccentric experiment. The Chipstone Foundation invited fourteen contemporary artists to break from their usual practice and make a work of art with one tool alone. This exhibition presents these works, and the tools used to craft them, together with short, explanatory videos produced by each artist. 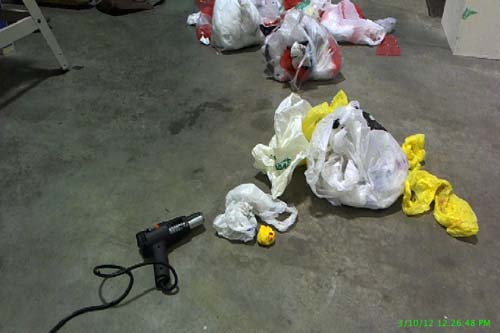 I started with one bag, and blasted it with the heat gun until it shrunk, then put that inside another bag, and did the same thing… I did this nearly 200 times until my piece was about the size of a soccer ball. The thing I found most interesting about the heat gun was that, unlike most tools, it doesn’t actually touch the material that it’s affecting. It just heats up the air and forces that towards the material. 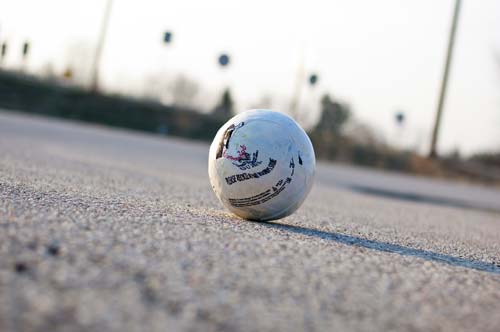 The bags are mostly HDPE (high density polyethylene) with some LDPE (low density polyethylene) as well, and if you ever go shopping, chances are you have some around your house. If you were to go grocery shopping every week, and use an average of three to four plastic bags per week, you’d have enough bags to make your own plastic sun. 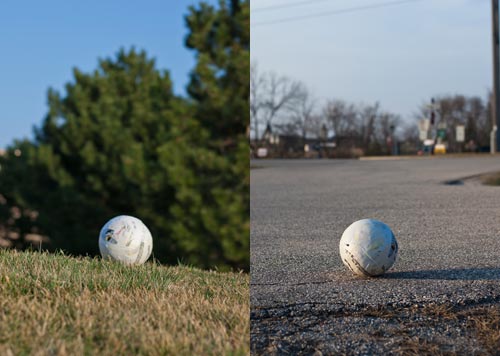 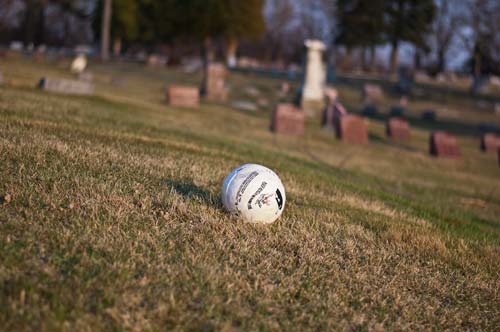 I also created a short video explaining it, and featuring a time lapse of the creation.