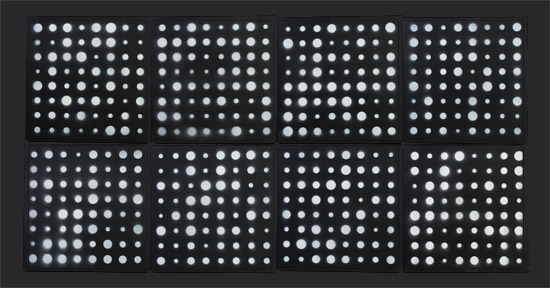 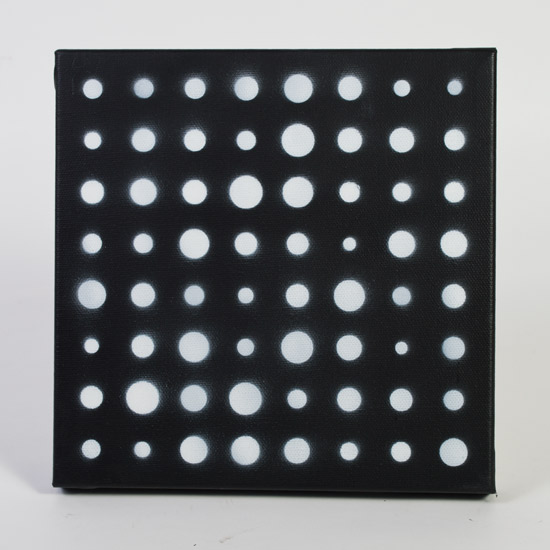 annular is a series of paintings that came about due to my work using Processing to generate grids of objects with randomized values mixed in. The first series is titled annular[8] and consists of eight 8″ by 8″ paintings, each with an 8 by 8 grid comprised of 64 circles. 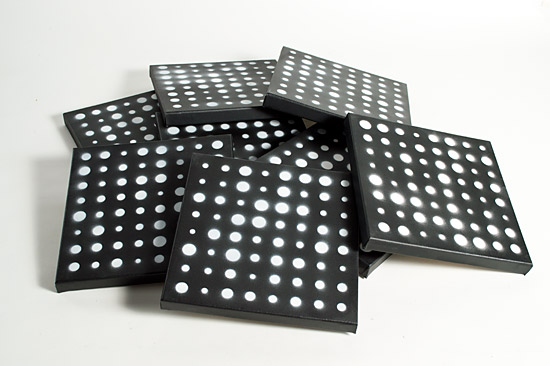 Like many of the “pixel pushers” of the modern day, I spend a good amount of time creating things that are digital, that live only within a computer, bits of code and colored dots that don’t really exist in the real world. Many of today’s digital workers are missing that “feel” you get from the tactile sense of making physical things. This is my attempt to get some of that back and to bridge the divide between the two worlds. 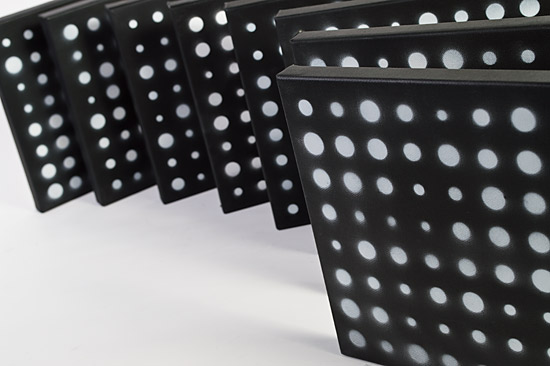 For each painting, I started with a Processing sketch that outputs a file, and I then use that file to cut a stencil using a desktop cutting plotter. Each stencil is used only once, to ensure each piece is unique. I didn’t want to just get prints made or use the output from the desktop cutter, so each painting is created on an 8″ by 8″ canvas, first painted black, and then stenciled with white. The use of 8, 64, and black and white representing 2 bits, is by design, and helps to harken back to the world of computers and programming, where it all starts. (Also note that the “dots” are round rather than square, to contrast the pixels of a digital display.) 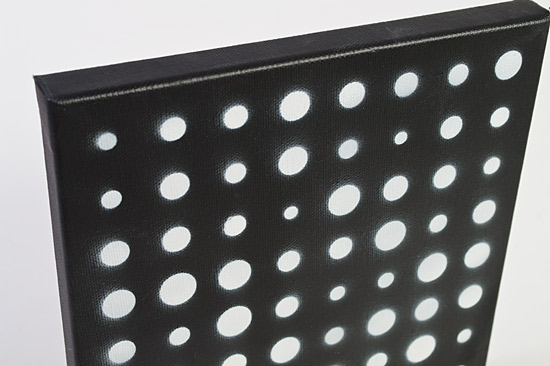 The files created by the Processing sketch are given file names at the time of generation which correlate to the Unix Timestamp. This is one more tie between the digital and physical world. For the piece titled annular(1367619170) you can see that 1367619170 converts to Fri, 03 May 2013 22:12:50 GMT. (Feel free to use the Epoch Converter if you can’t do the calculation in your head.)

Because the series is based upon a common grid, the pieces can be assembled together into a larger piece by arranging them in rows and columns. Just like a computer network, each additional node contributes to a much larger whole. 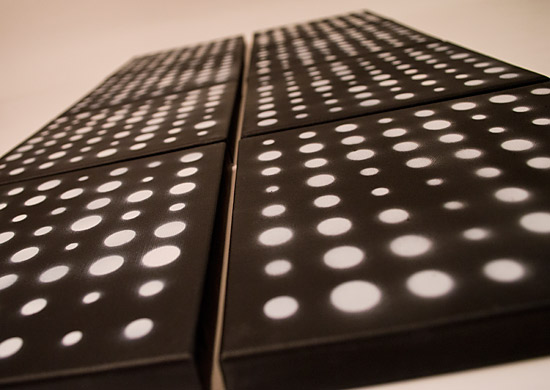 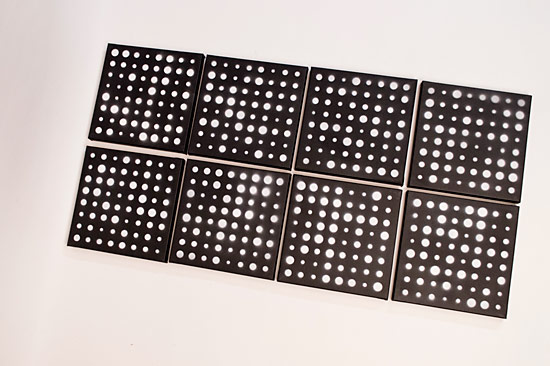