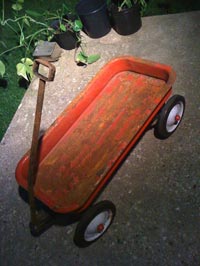 Hey there, Raster! Thanks so much for trying out NeighborGoods and for posting your experience here! It’s really helpful to see the details of a transaction and where the friction is. This gives me some ideas we can implement to make it a little smoother. And yeah, you’re right. We should display the conversations on canceled transactions. We’ll fix that!