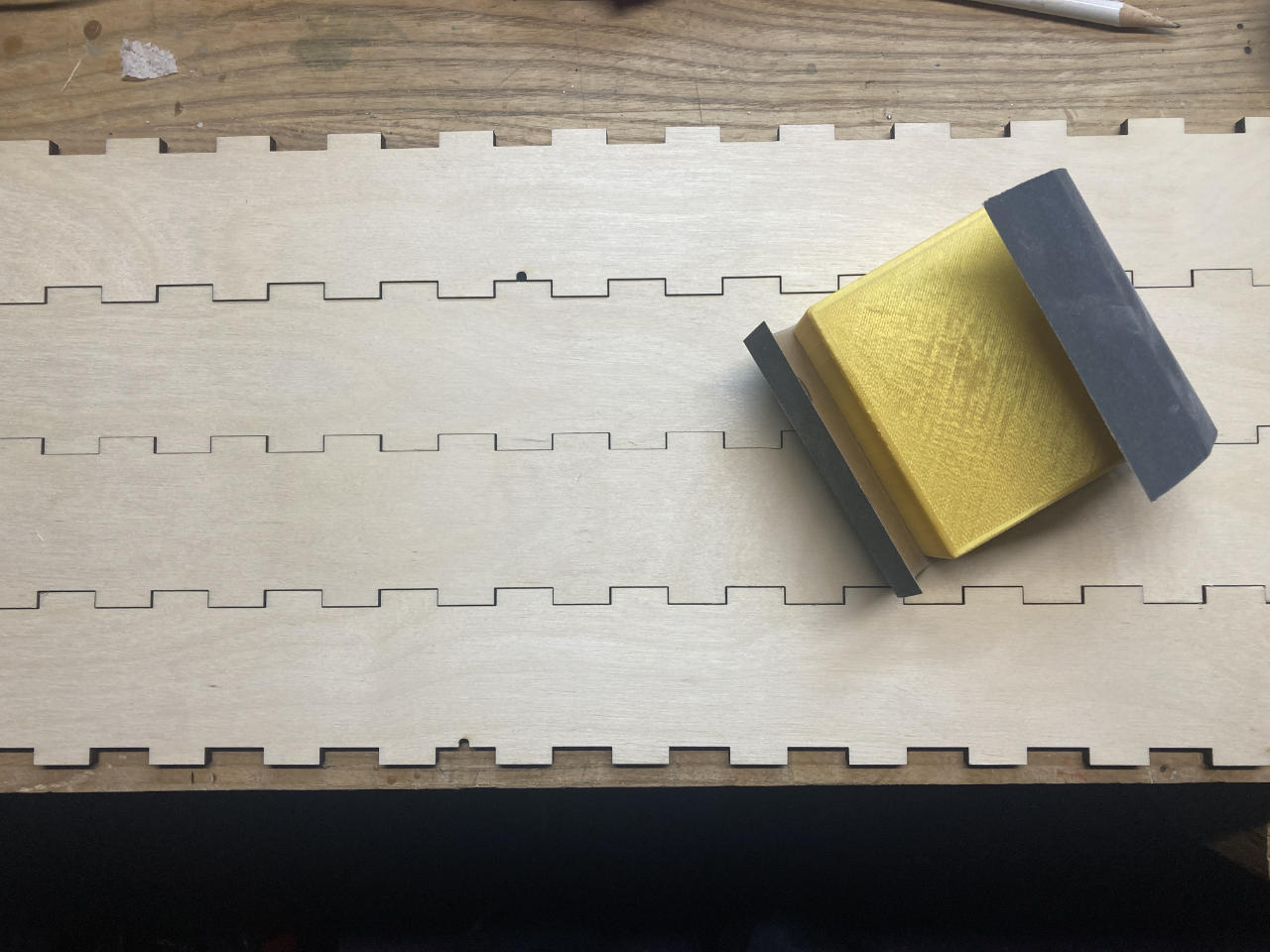 My friends, this may win the award for the most boring 3D printed object ever. It’s a block. To be more precise, it’s a sanding block. You wrap a piece of sandpaper around it and you sand wood. That’s it. Yes, from the man who brought you the 3D Printed Shim, it’s… Block.

Although, to be fair, this is not a Useless Object&trade, as I actually use it. It probably sees more use than a 3D printed Grot or Grogu or whatever is in fashion nowadays… If you’re interested in my perspective on printing things or using a block of wood or something else, I wrote a whole post titled Printing versus… Not Printing? you might enjoy.

Anyway… gotta run, I’ve got some sanding to do! 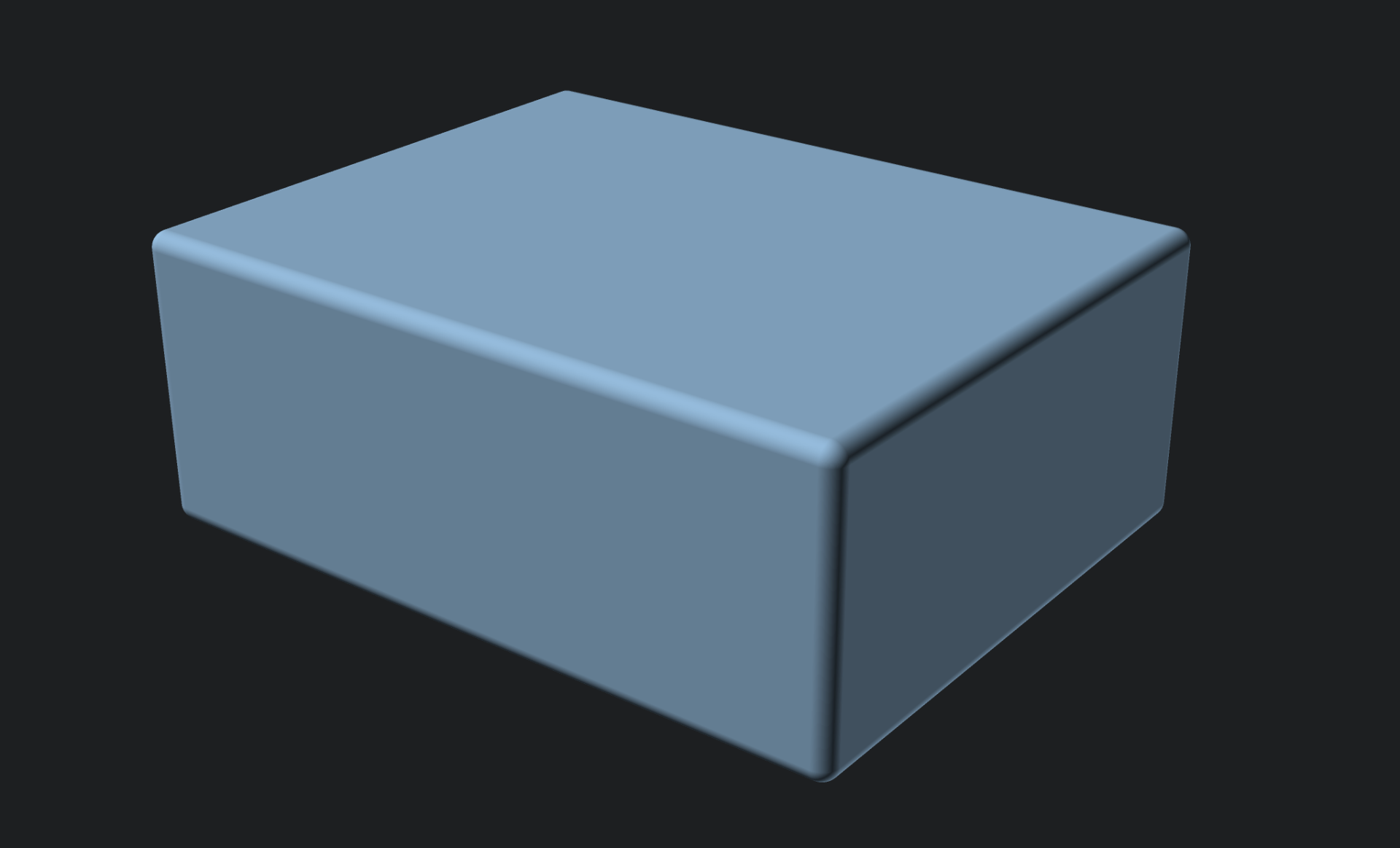 Sorry, I’m not even gonna spend time uploading this one. There are hundreds of better ones out there or you could probably type cube([90,70,35]); into OpenSCAD and make your own. 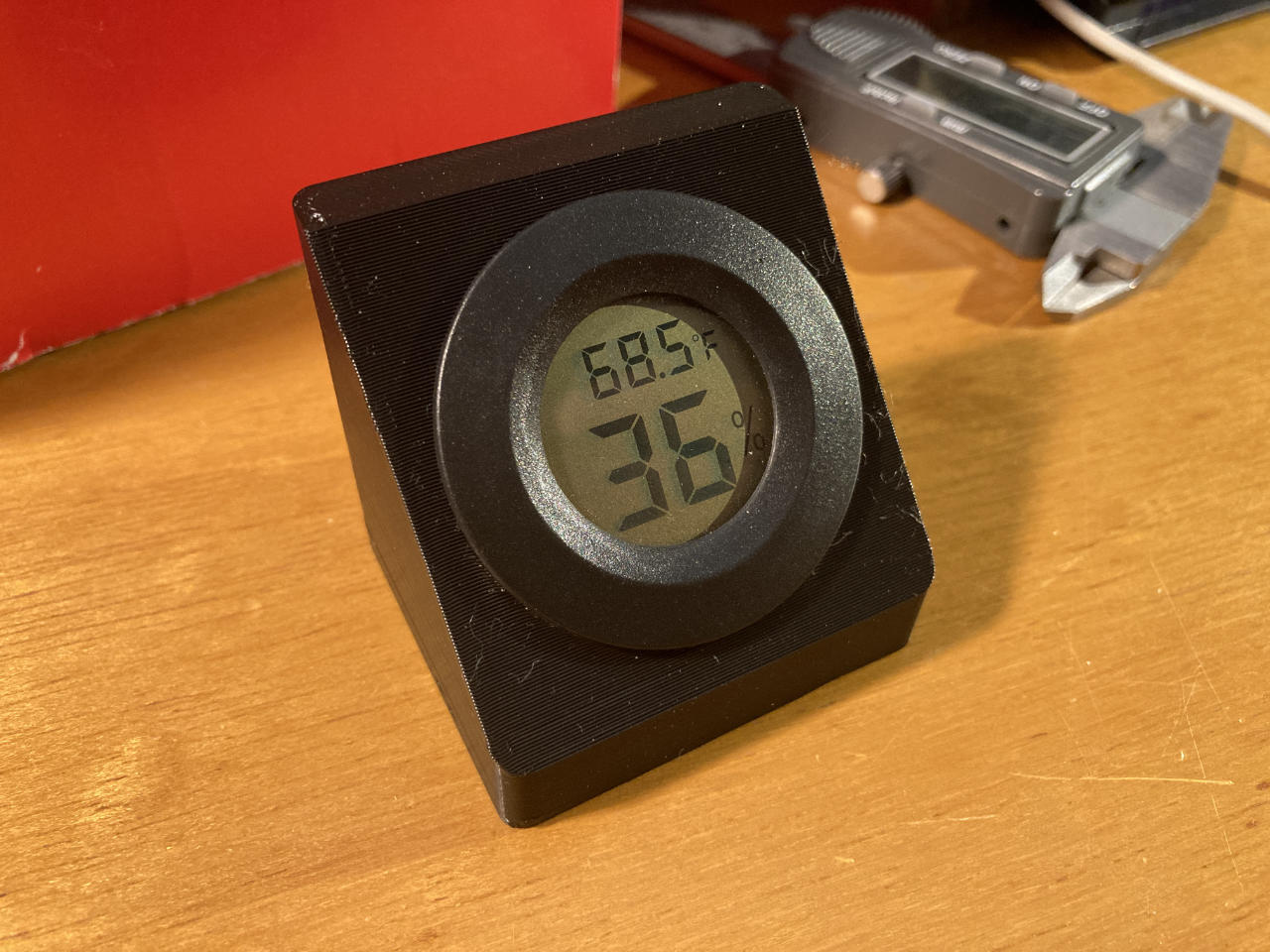 You may remember my Hygrometer Filament Roll Holder, well the hygrometers I got came in a two pack, so I had another one so I made a little desktop stand for it. 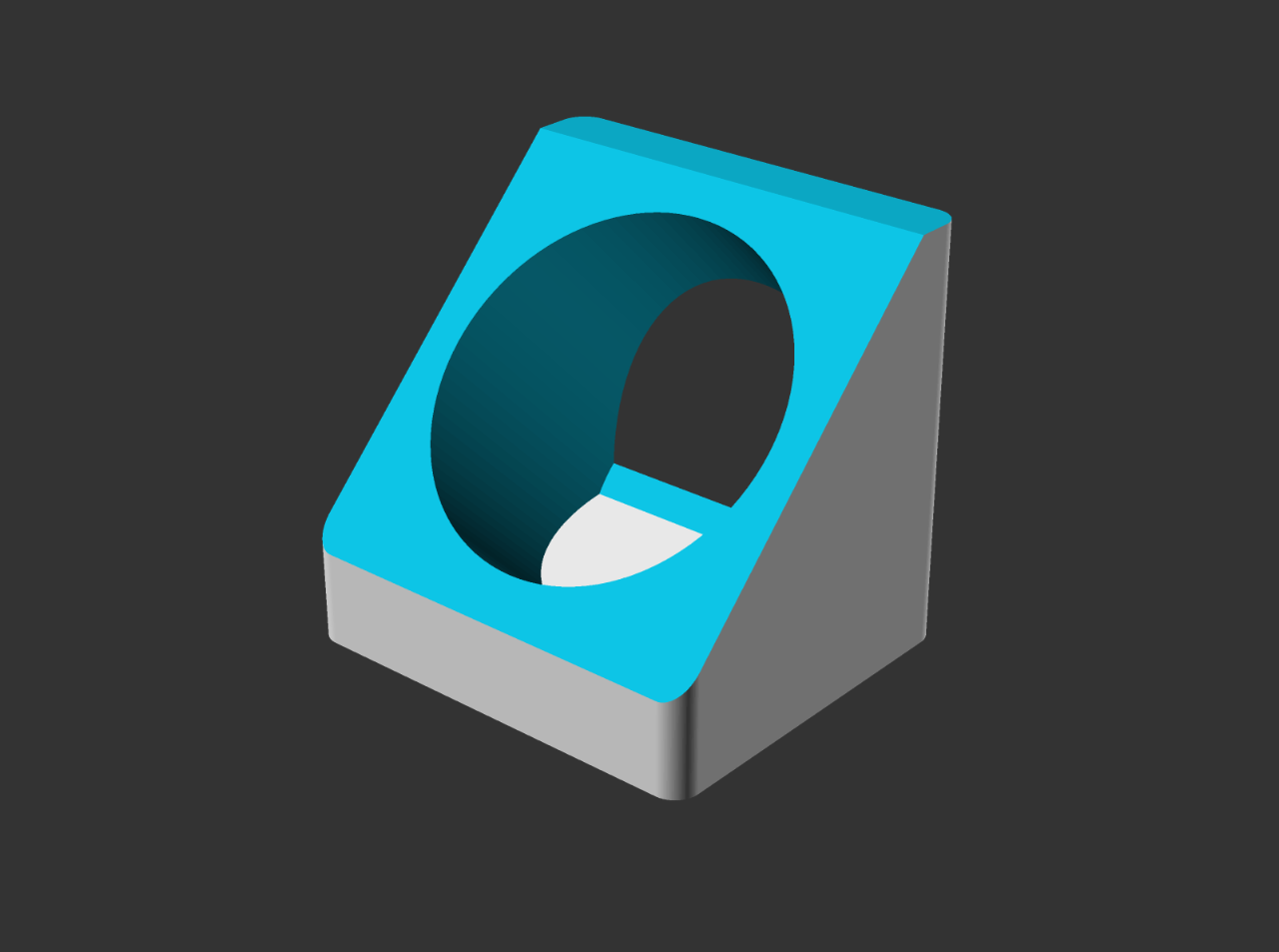 After using OpenSCAD for over a decade now it’s become pretty easy to just kick out simple objects like this. (It helps that I already had some of the dimensions from the other holder.) 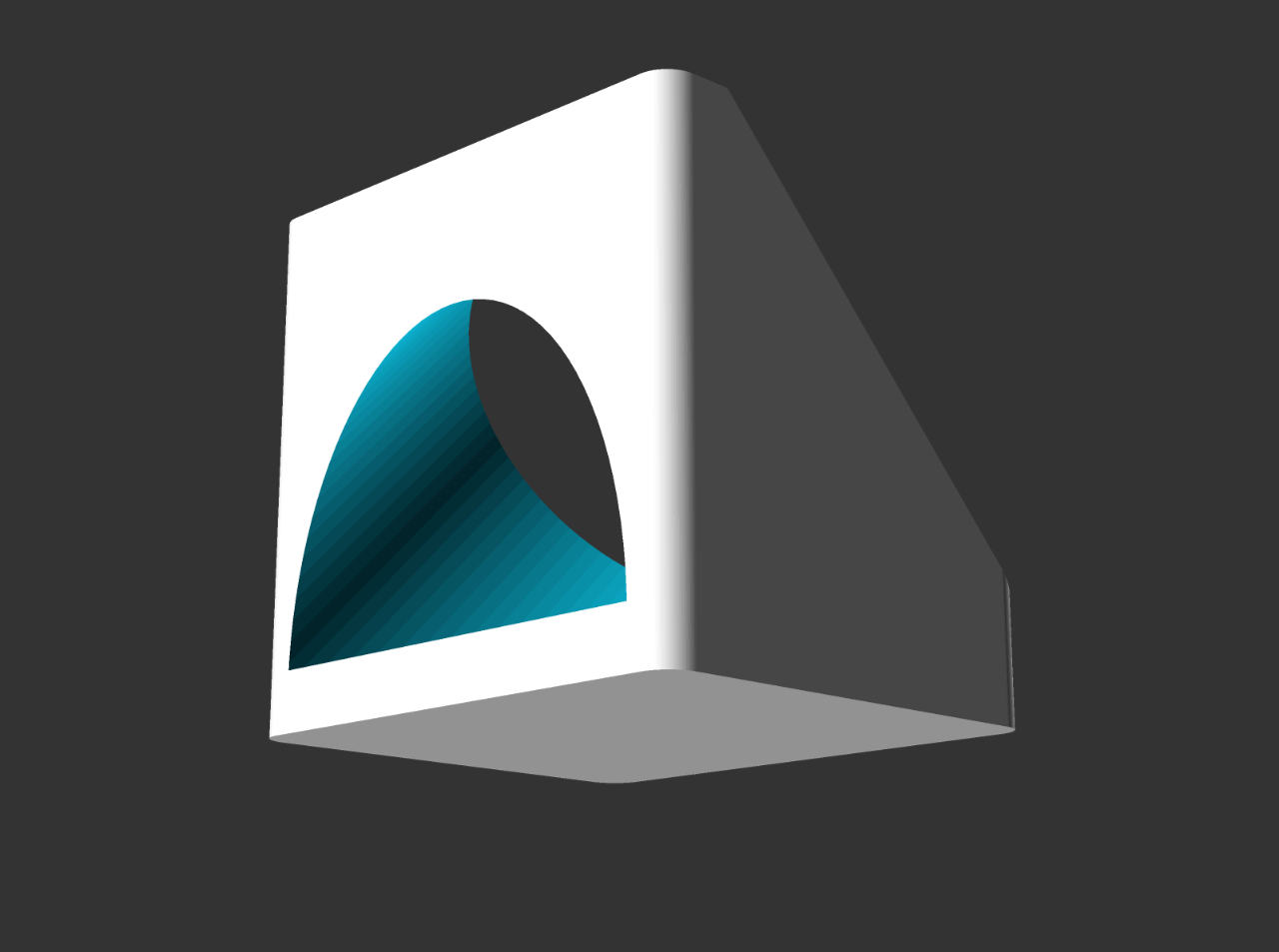 The slot in the back allows access to the F/C button on the back of the hygrometer to switch the thermometer between Fahrenheit and Celcius.

You can get the STL and .scad file from Printables.com – Hygrometer Desktop Stand. Print it if you need it! 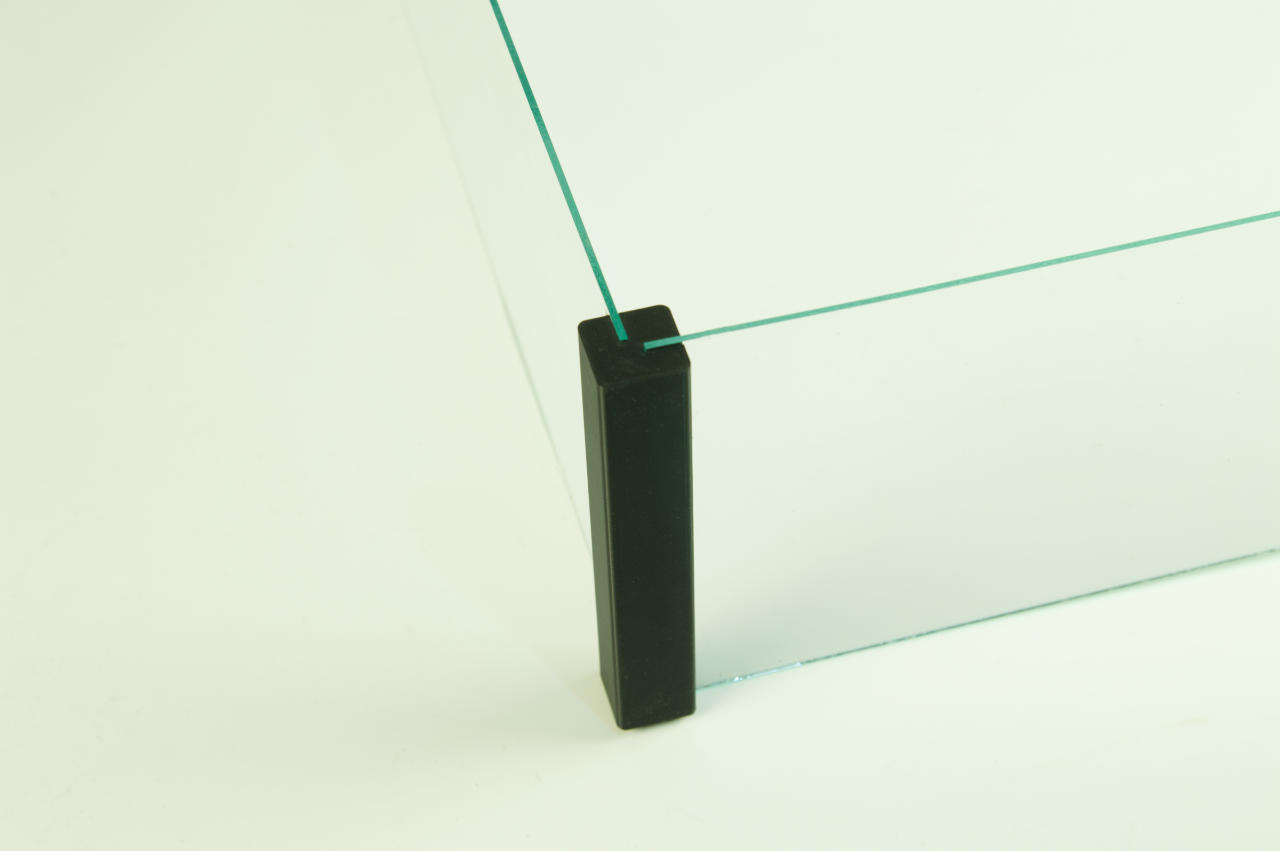 My uncle is a pretty awesome guy, and every year or so he says to me “Hey Maker! I got something for you to make!” and then has a request that is typically some sort of home improvement project. The last one I wrote about was cutting down some fan blades. He never seems to want a MIDI controller… that’s sort of my area of expertise! Anyway, this time he wanted something to hold four pieces of glass upright to put around his fire pit. Fire what now? 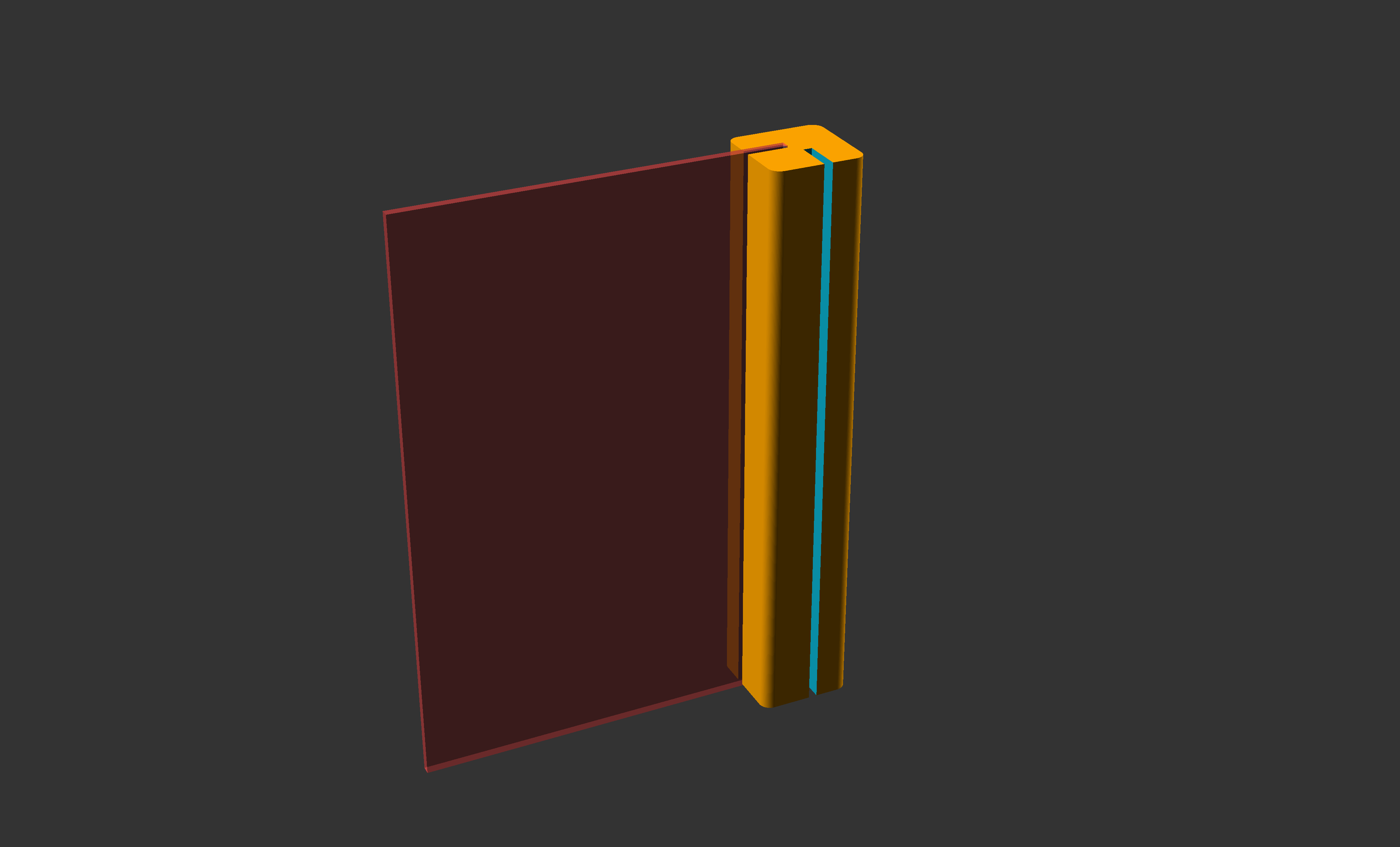 I explained to him that I wasn’t really a metal fabrication guy, and said I’d think about it. I though of using some pieces of 80/20 extrusion since it has slots, and using set screws to hold the glass in place. I did one test and did not like this idea. I asked him how hot the glass gets and he said it probably wouldn’t get too hot, as it was more of a wind barrier thing than a full-on heat guard, so I figured I would 3D print them with plastic. 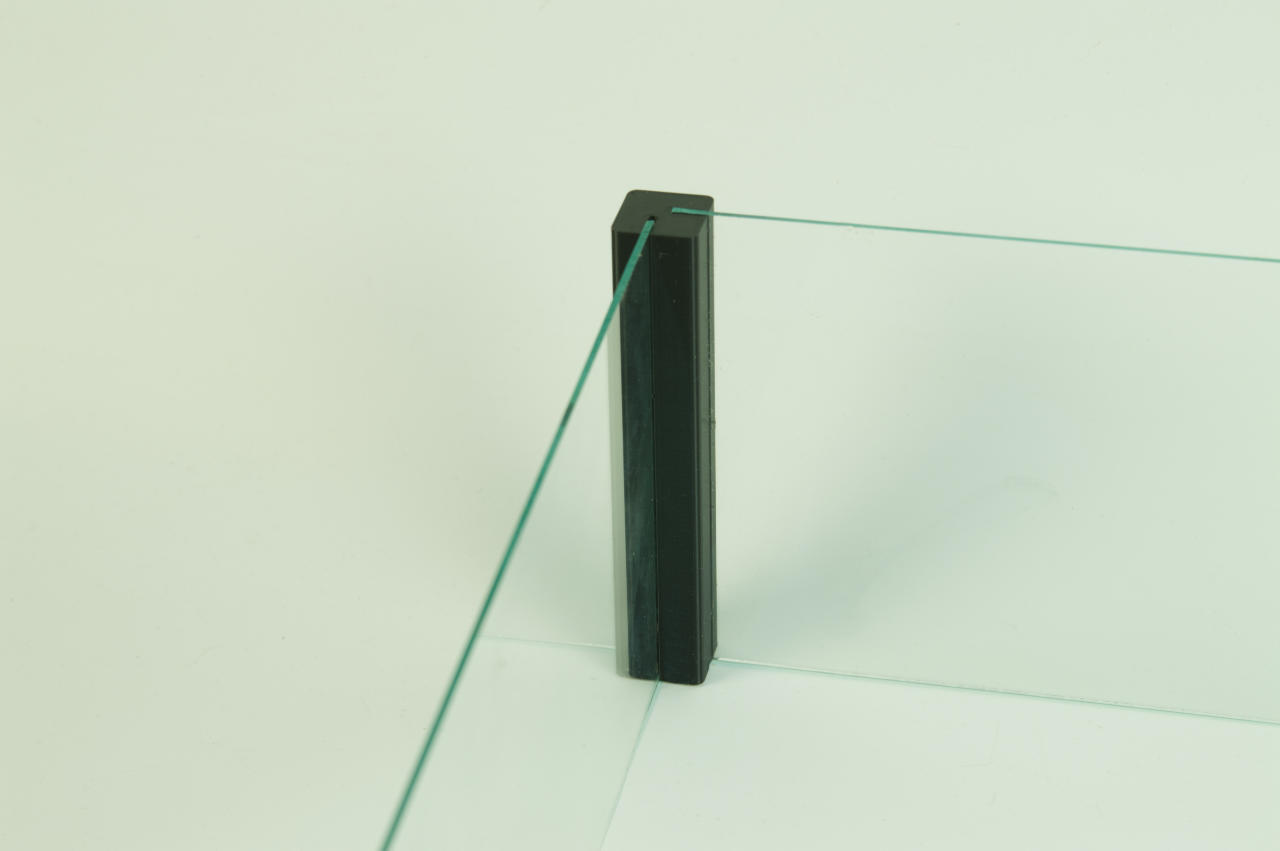 I designed some short test pieces in OpenSCAD, then did some full size prints once I had the pressure fit just right. Oh, I also learned quickly to wear glove when handling glass. I cut up my hands a few times at first. (Nothing bad, just little slices here and there.)

I delivered the 3D printed parts to him and showed him how to assemble things. (Telling him to wear gloves!) I also gave him a spare/fresh set of corners, since the slotting in and out of the glass may have loosened the pressure fit a bit. (There are some small “friction bumps” on the inside of the channel that will get worn down after enough slotting in and out.) 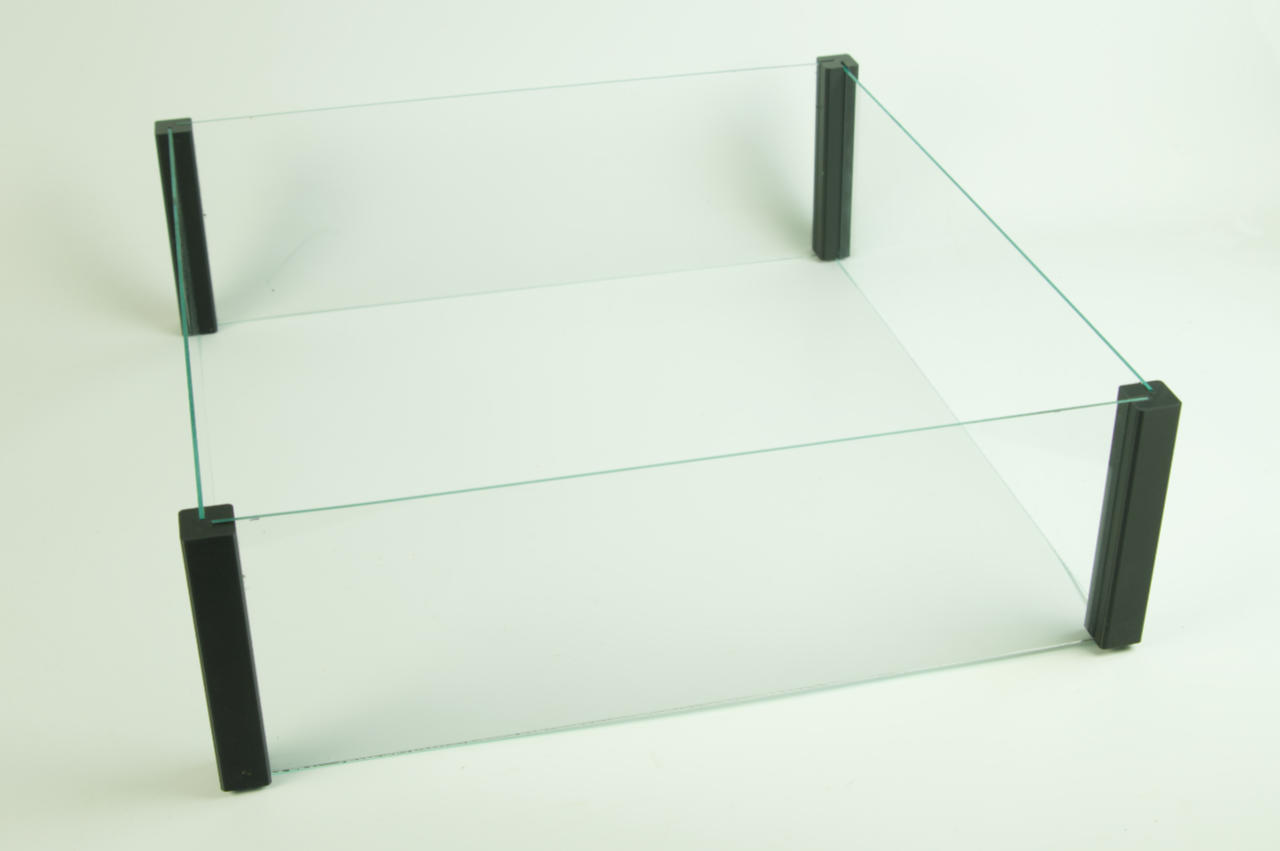 I’m interested in hearing about how they perform. I could always reprint them in PETG or maybe even ABS if needed, since those should hold up to the heat a bit better than PLA will. 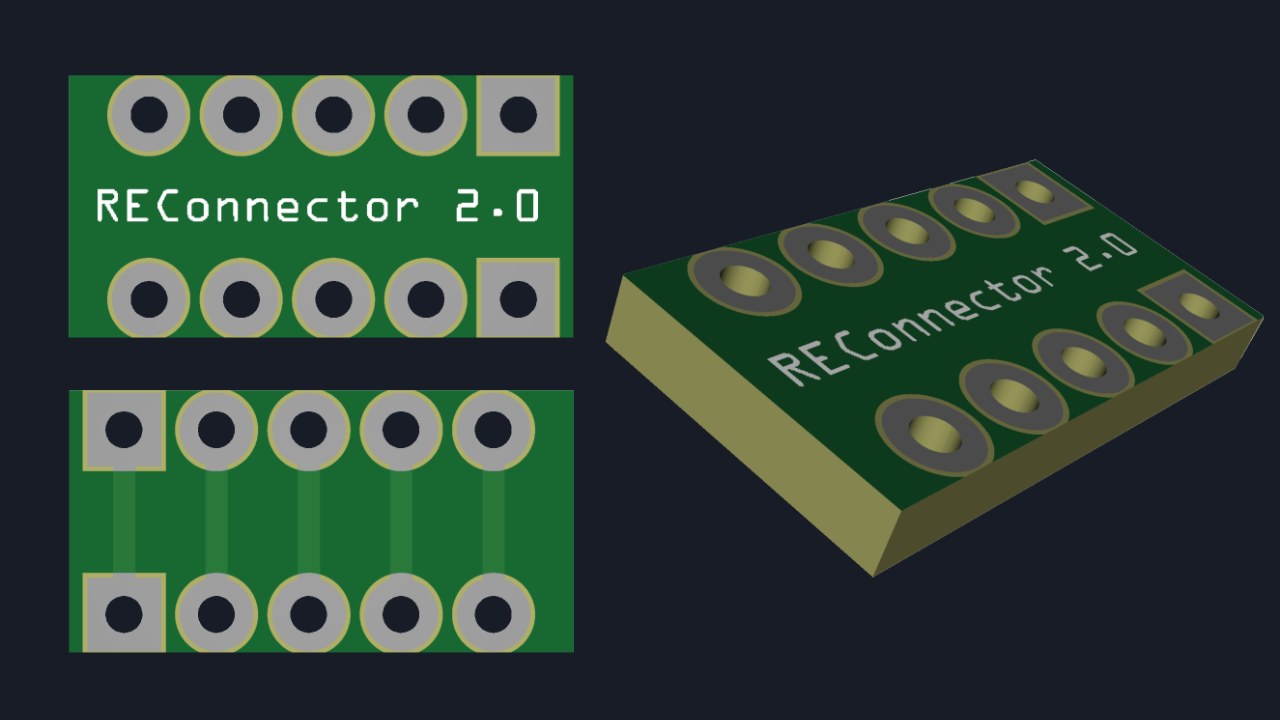 This is definitely the smallest and simplest PCB I’ve ever designed. It’s 14.6mm x 7.9mm. That’s it. 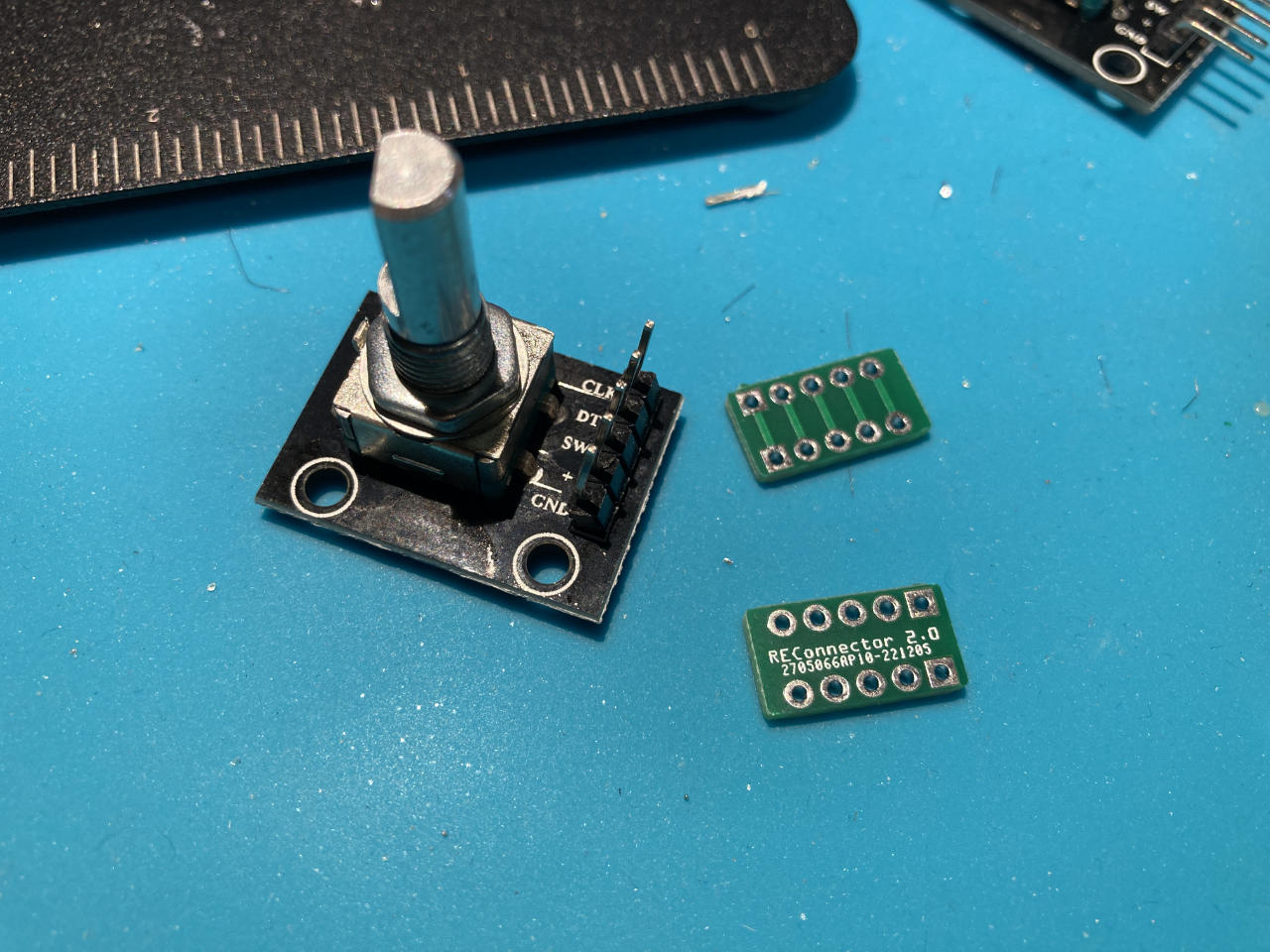 But why!? Well, if you saw the last post about the Pin Bender, this is the second part… once those pins are straightened out, we put the lil PCB on there. 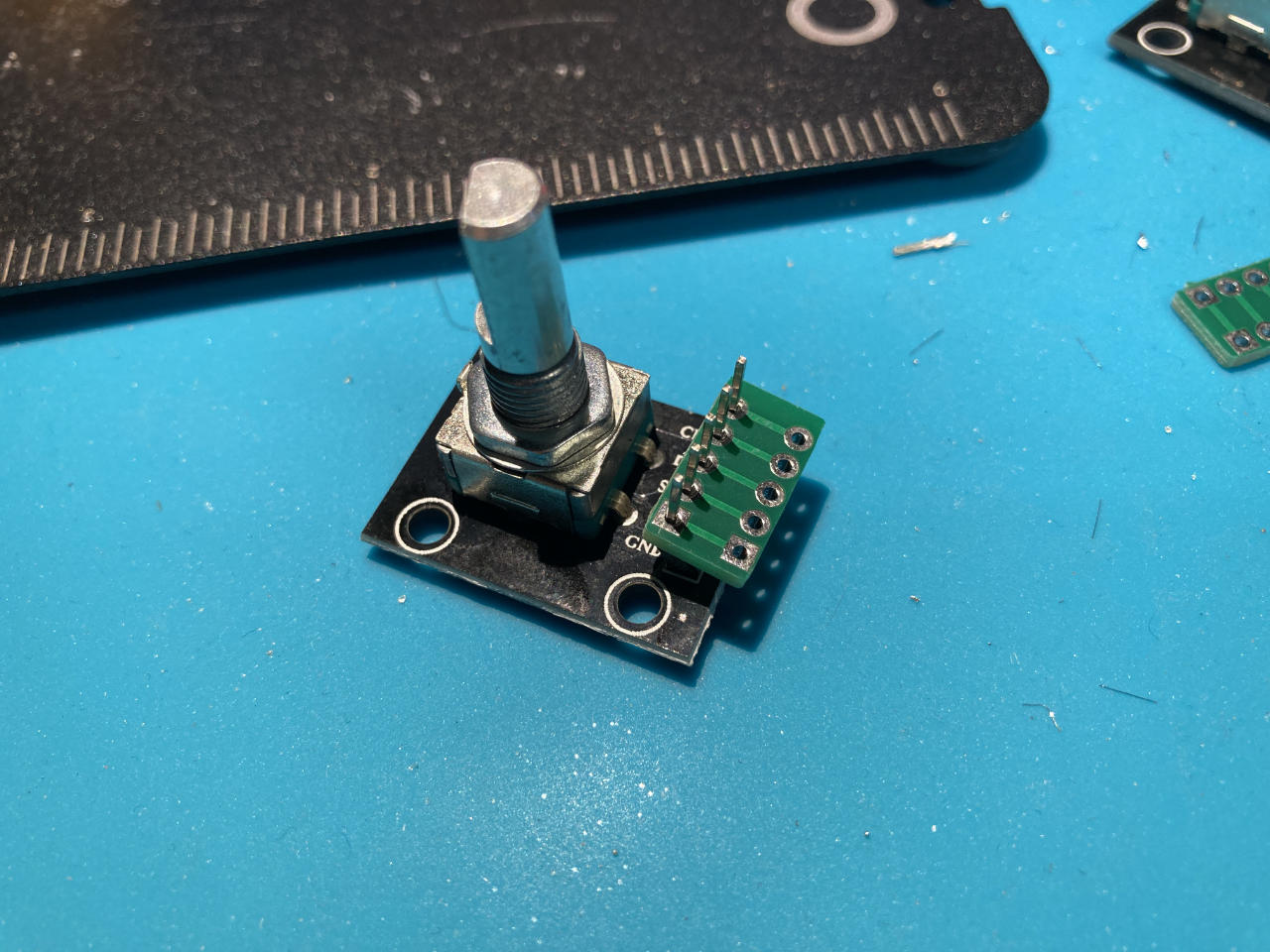 After that I desoldered the pins to get to the holes to solder on wires. That was also terrible! 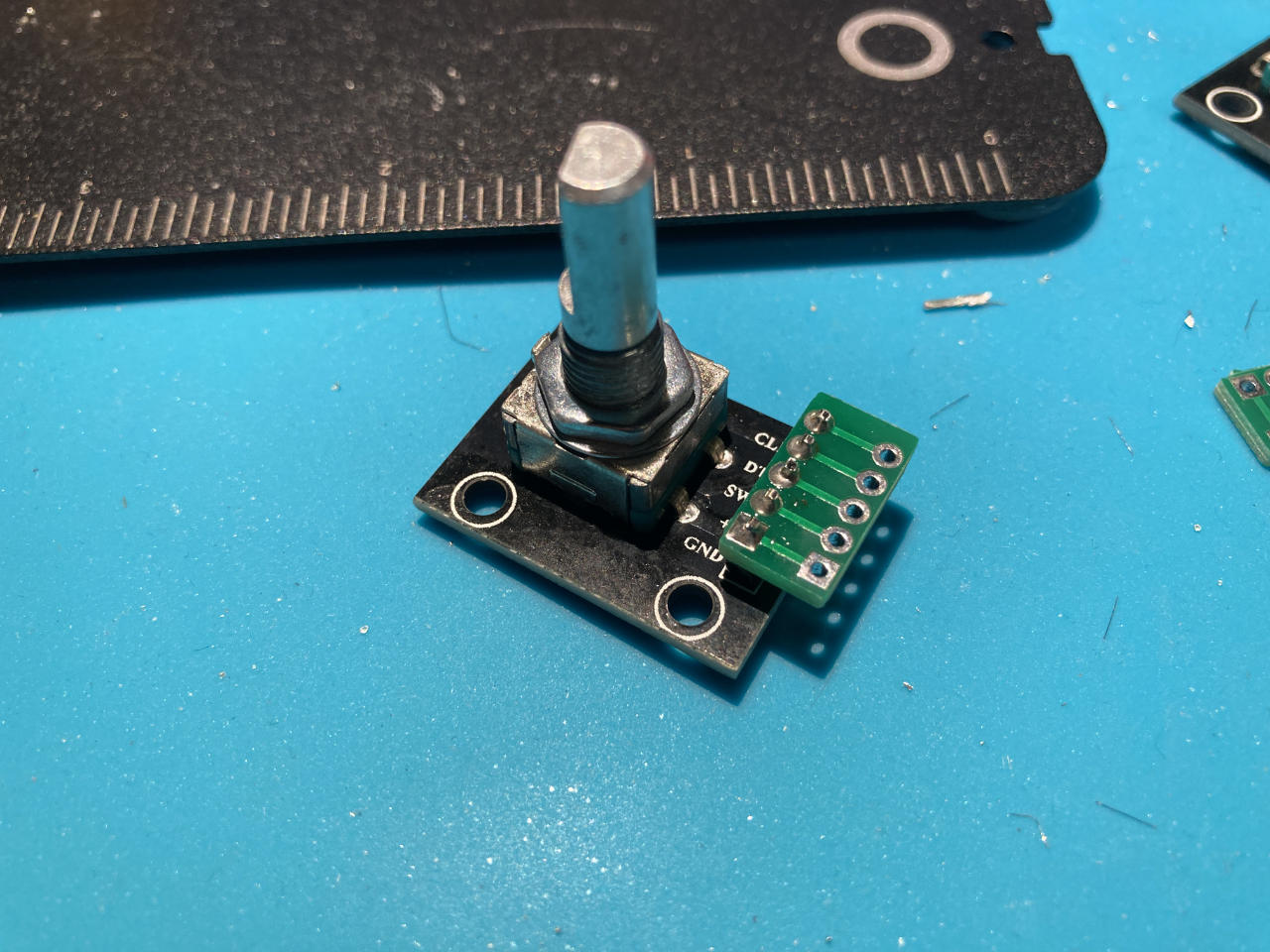 I need to solder wires onto these things often enough that designing a Pin Bender and getting some PCBs fabricated totally made sense from a cost & time perspective. The PCBs are super cheap because they are so small. They serve a specific purpose, and that’s great.

Each board comes out just under 9 cents. (Not including shipping which was almost double that cost, but I ordered three different PCBs in one order.) It’s worth 9 cents on a BOM to me for the time it saves, so I consider it a win. 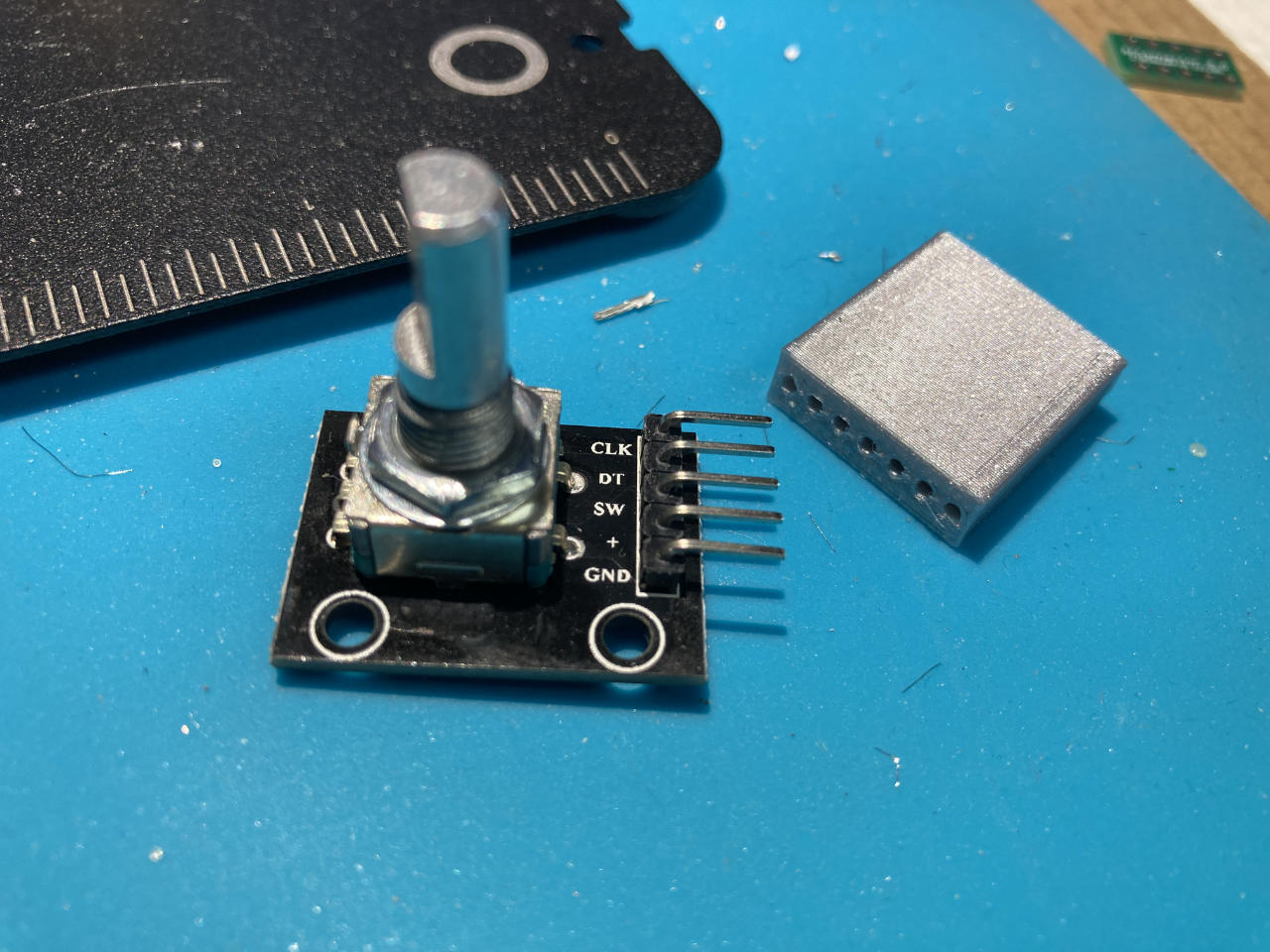 The Pin Bender (or Unbender) is useful for straightening (or “unbending”) header pins. Got some 90 degree pins you wish were 0 degree pins? We gotcha covered. 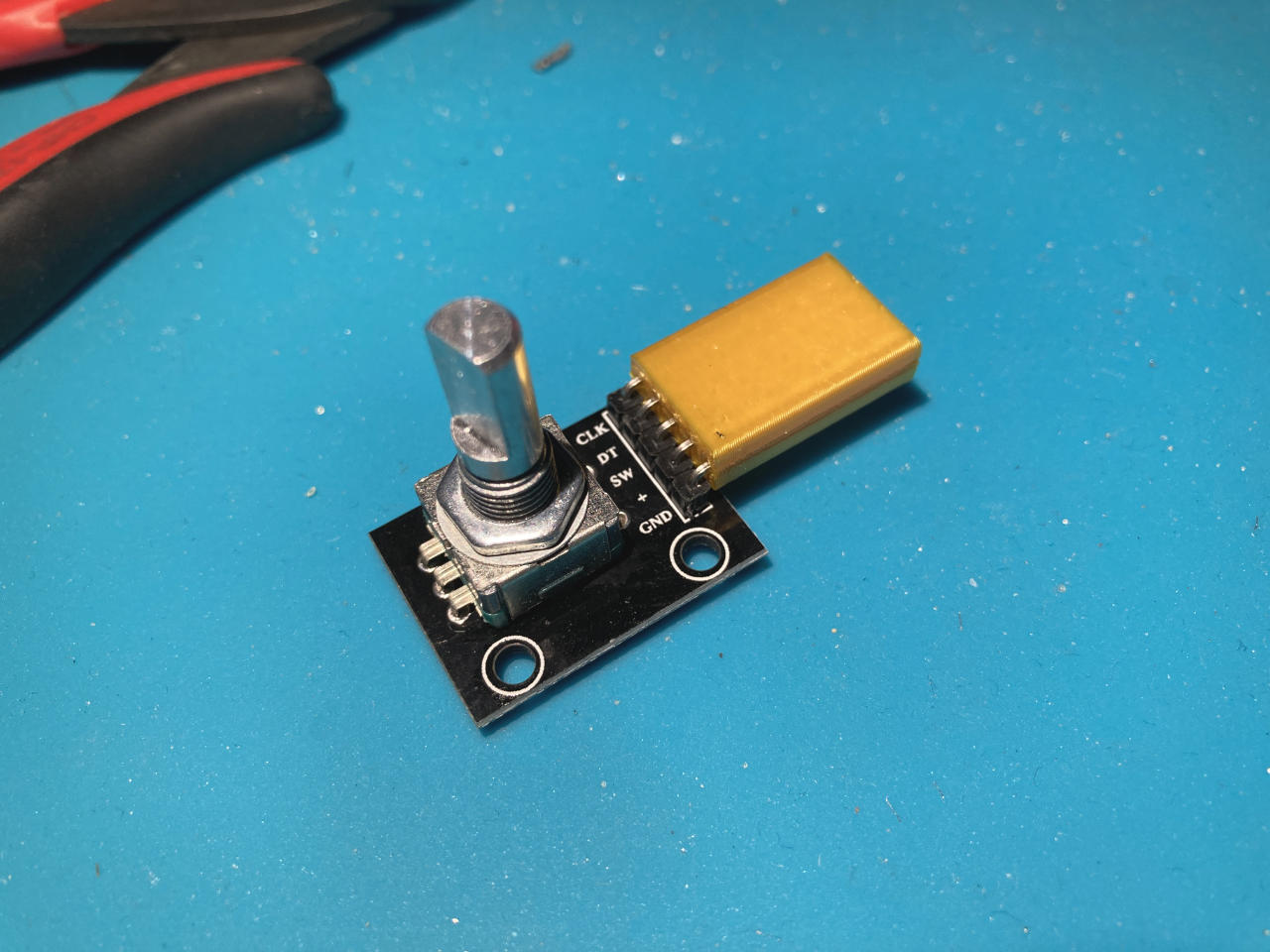 Slide the Pin Bender onto the pins, and then unbend! (Or straighten. I don’t know… you choose the terminology you like best.) 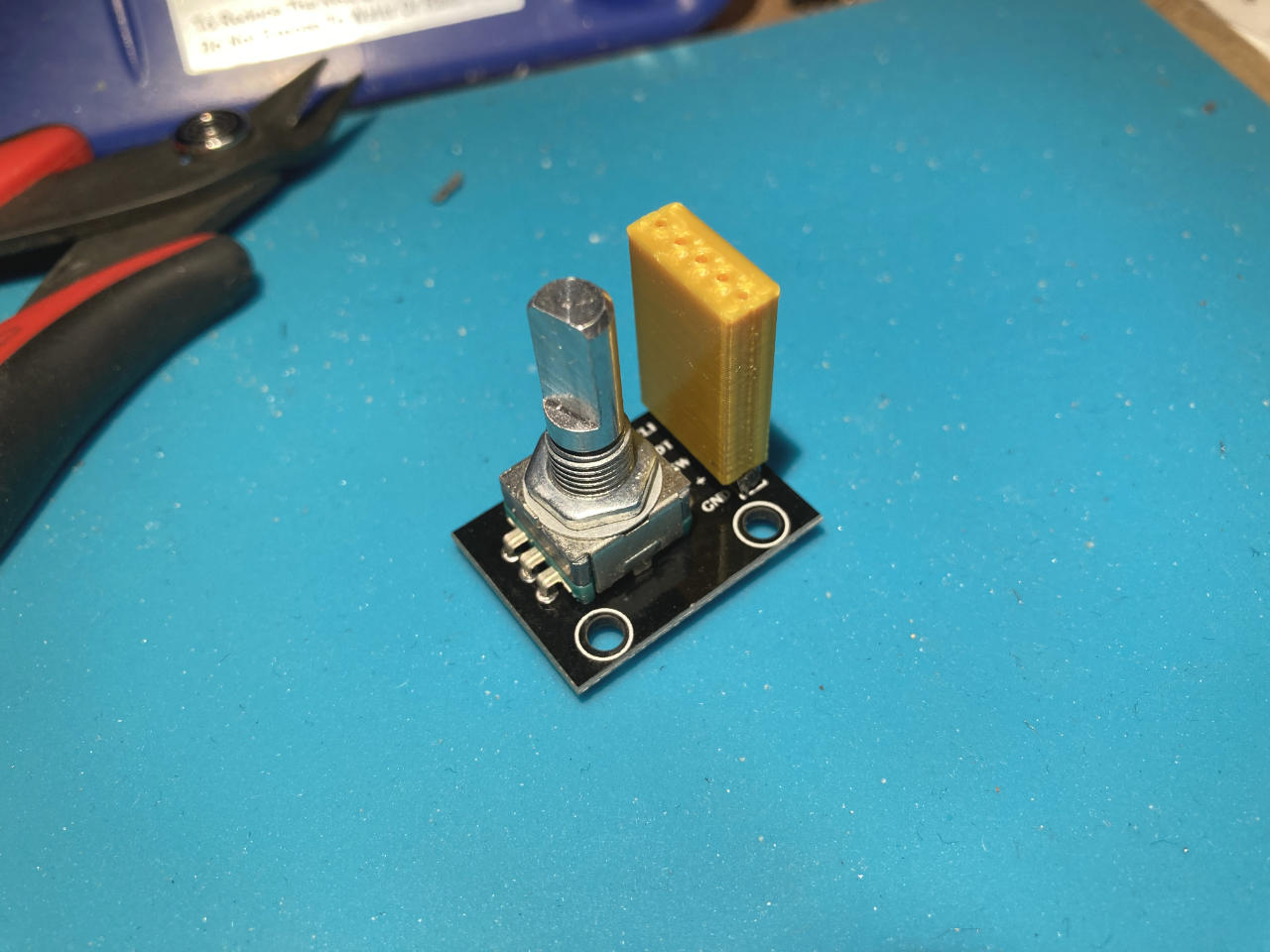 Now bend it… like somebody who bends things. (Bender!?) Now you got some straight pins. Or zero degree pins. Whatever. 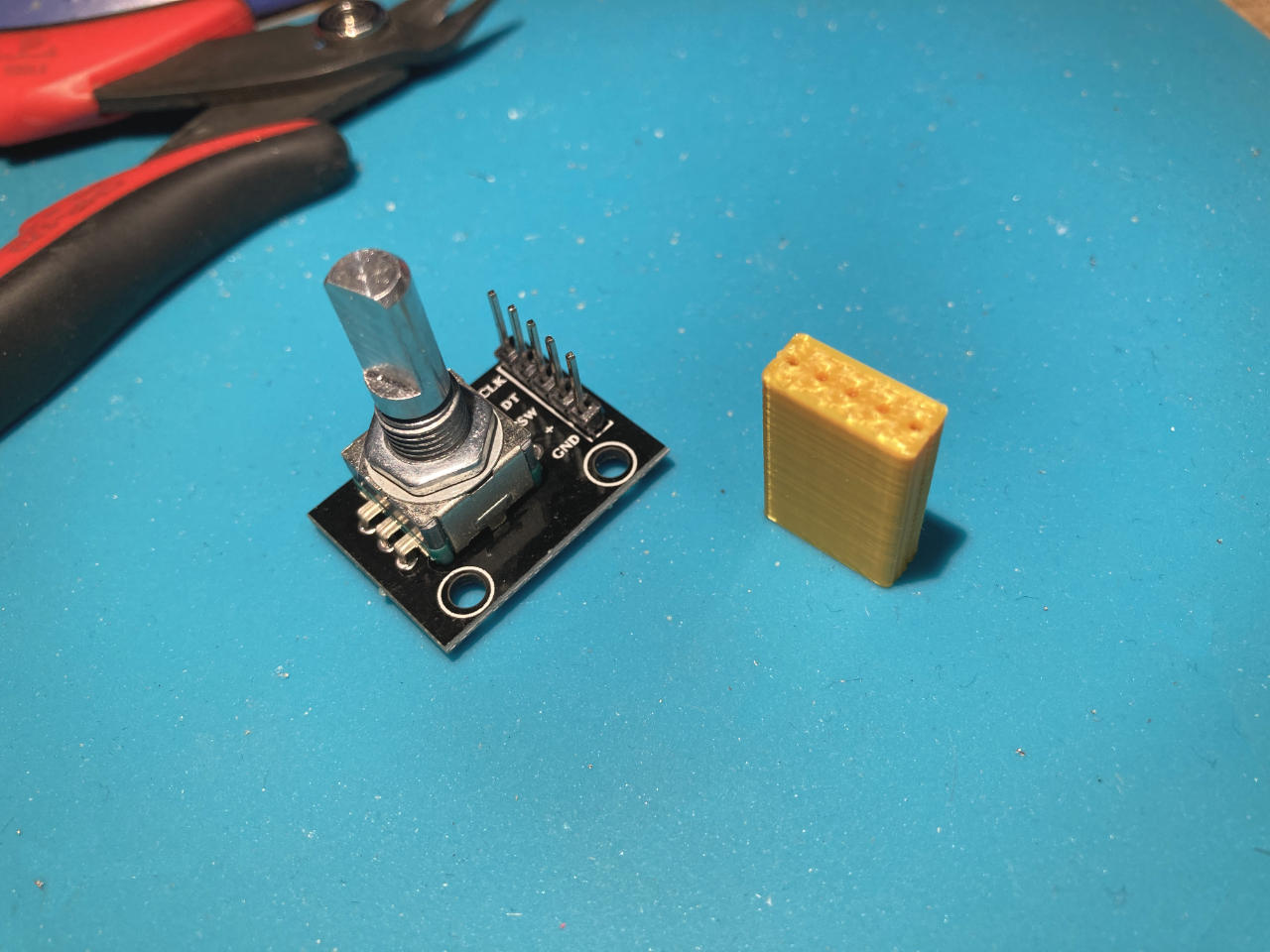 Pretty cool, right? Did I mention it’s parametric? Well, it is. You want to edit the OpenSCAD file to make one for 8 pins? Go for it. 6 Pins? Okay. 13 pins. I guess so. All yours. 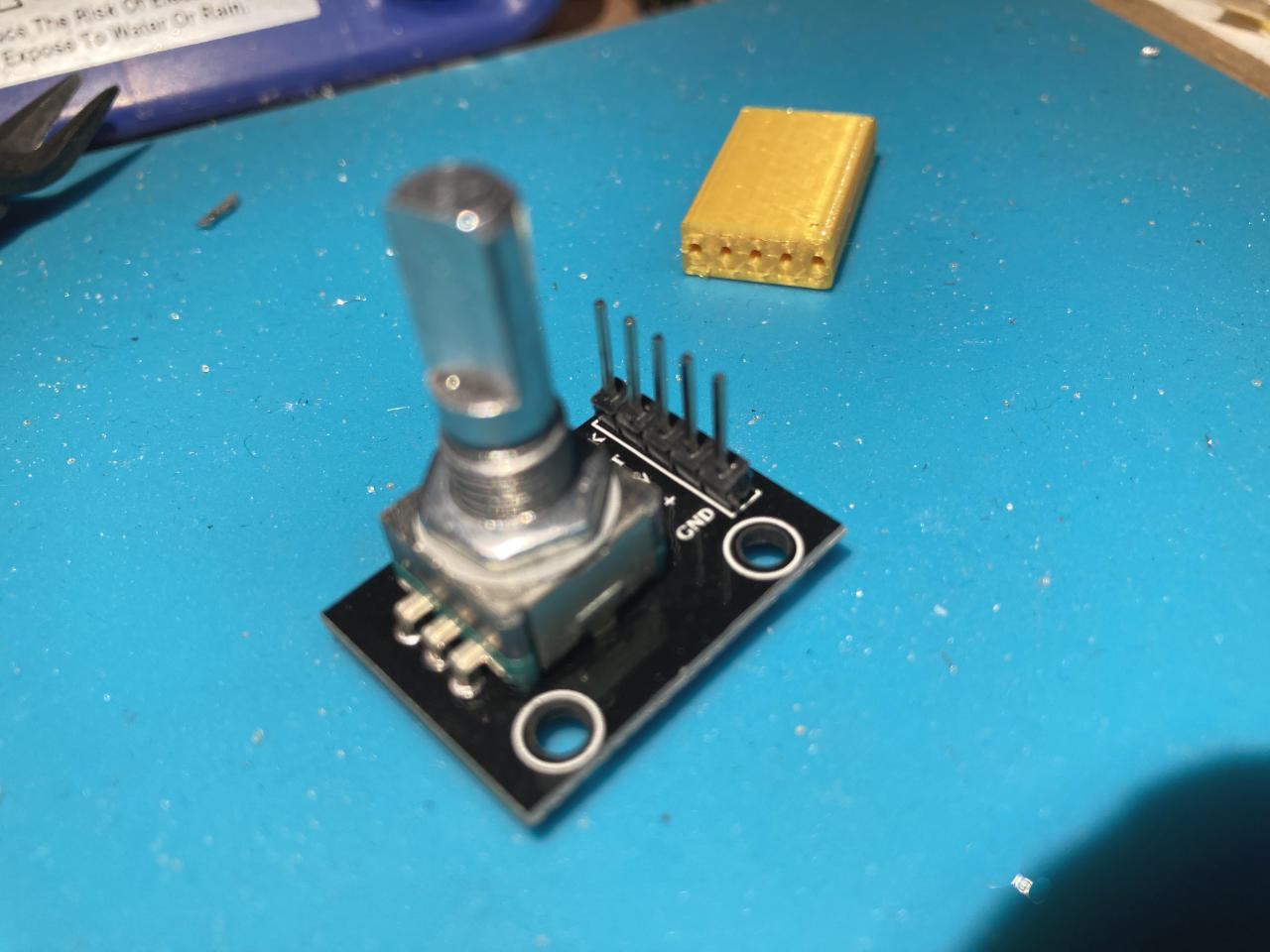 You can get the STL files and .scad file from Printables.com – Pin Bender. Print ’em if you need ’em!