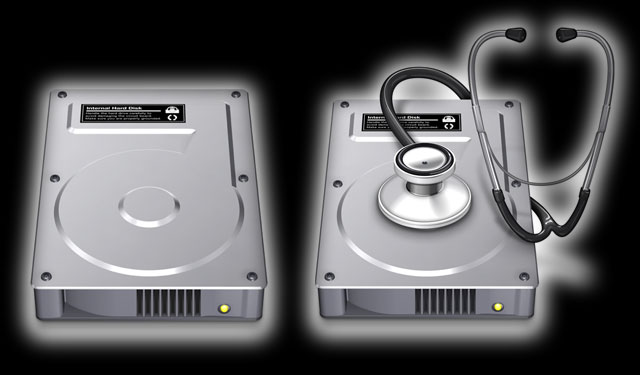 Last week was a bad week for hardware… On Saturday I opened up my MacBook Pro to wake it from sleep and start using it (which I do multiple times per day) and it was a no go. It did not wake up. I restarted it and got the old blinking system folder, as if the drive was gone, or corrupt, or something. It was a hard drive I didn’t fully trust, and even though I thought about replacing it just weeks ago, I didn’t.

The first thing I did was assumed the drive was shot, and got on Amazon to order a replacement hard drive. I ordered on Saturday and it arrived about 24 hours later… on a Sunday. (Thanks, Amazon!)

Meanwhile, I pulled the drive out of the MacBook and put it in an external case. It worked fine. Damn. This told me it was probably a hardware issue with the MacBook, not the drive. I’ve been through this one before… twice actually, and I’m really wishing Apple would make better hardware!

I ran from the external drive until Wednesday, when I took it to the Apple Store. Oh, in the meantime I had put a replacement drive in the MacBook after I installed a fresh version of 10.9 onto it. (I figured I had to show the Apple Store the issue and I really don’t like them having access to my data.)

They fixed it the same night, and it was all good. (Replaced the hard drive cable/bracket assembly.) We booted it up in the store, it worked, so I went home and I went to sleep. The next morning I woke up at 6am, and swapped in my original hard drive. This is where things went to shit. Did you notice I forgot to shut it down? Yes… I highly recommend you do not try to hot swap the hard drive in your MacBook Pro while it is in sleep mode.

When I opened the Mac to start it (and it was already on) it showed the desktop from the drive I pulled out… probably not a good sign. A reboot later everything was gone. No good on the drive. But like we all know, even if you can’t see your data, it’s probably still there.

I pretty much did everything [PERR0_HUNTER] suggested, and BAM! just like that my partition table was back, and the drive was as it was before I completely screwed it up. I immediately used the ‘Donate’ link on the site to send [PERR0_HUNTER] some money.

The rest of the story is pretty boring, involving running restores and more backups and going through eight hard drives I have in the office. But hey, I’m back up and running… All good. Thanks, [PERR0_HUNTER]!

And the lesson is, don’t swap your hard drive before 8am.