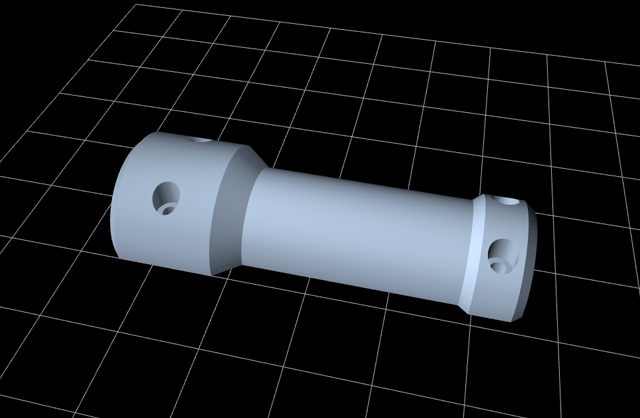 I wanted to print this diagnostic wand, and I started with what you see above, because it’s worked in the past. I also wanted it strong, so I used ABS, which I am not new to, but I haven’t done much ABS with this printer, as most of the things I’ve needed in the last year worked fine as PLA.

The idea is to print the top and bottom and then put them together with some bolts. Easy, right? If only… Besides printing in ABS it’s also the coldest time of the year, and the printer is in the basement, the cold cold basement. (And yes, the printer is in an enclosure.) So after multiple attempts at printing this, including adding brims and rafts, I tried something else. 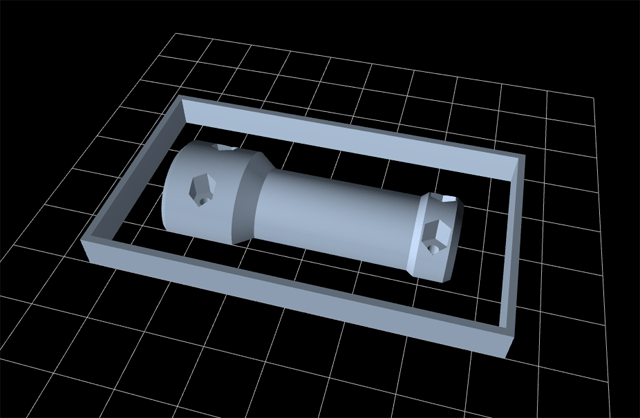 I added walls around the print. The idea being, it makes the hot-end move around more and allow plastic to cool. Or something like that… it didn’t work. 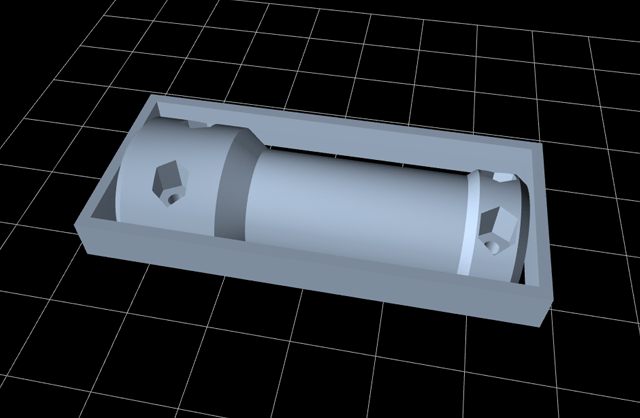 So I tried a tighter wall, with less space between the object and the wall. And that didn’t work. Things still warped and curled. Did I mention how cold it was in the basement? 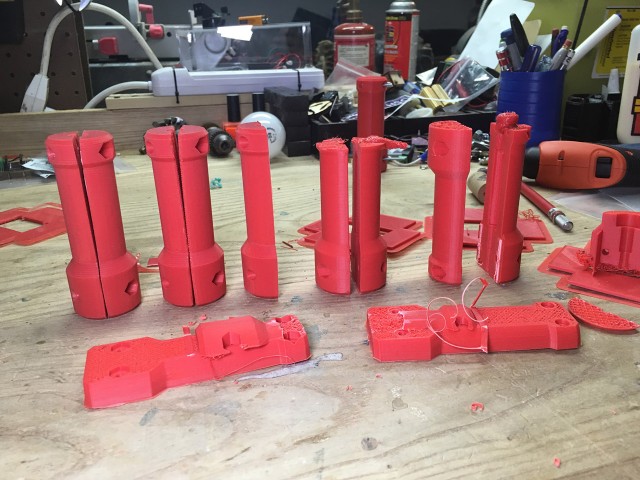 I tried standing up the object. Less of it on the bed should mean less warping, right? Yes, except prints were still failing often, falling over, or breaking free from the bed. (See the video below for some great printing bloopers!) 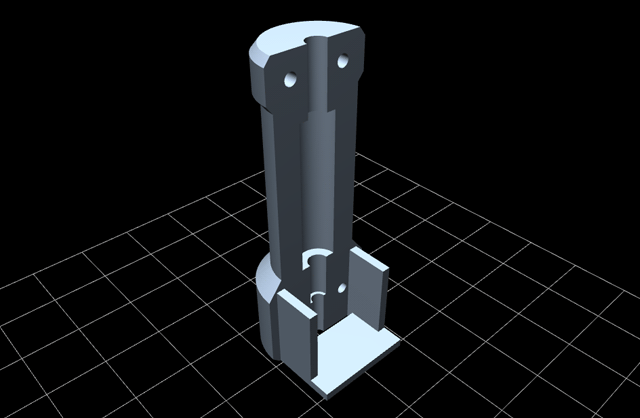 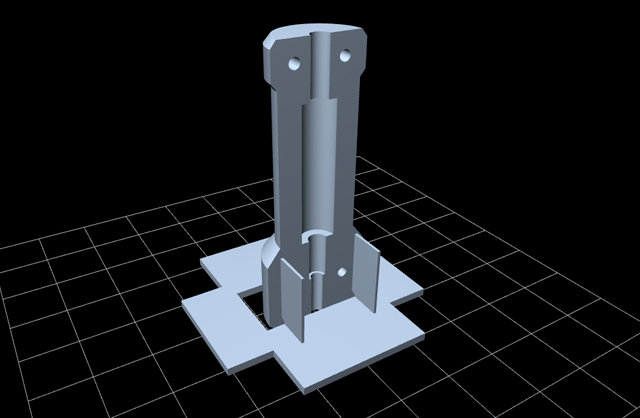 I tweaked the support structure and got closer, though not quite where it needed to be… 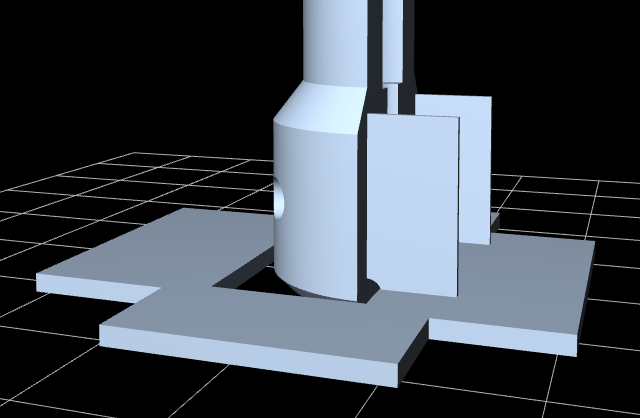 Adding some little divots helped. I did all of this in OpenSCAD, so doing a difference on the support structure was easy because, you know, modules. Yeah, make everything a module. 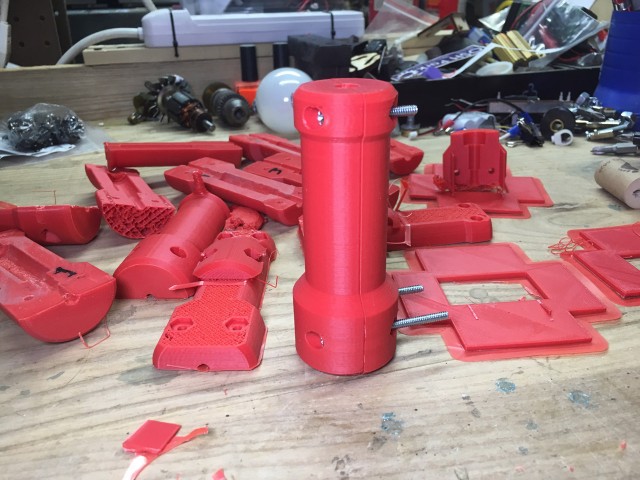 Finally I got something that worked, about 6 different models and a dozen failed prints. The standup structure with supports that could easily be cut away worked. I should mention this piece needs to be strong and needs to look good. I started with an infill of 50% then dropped to 35% (with a 25% along the way, and one print with just 10% due to what appears to be a bug in Cura.)

Rapid prototyping is often anything but… Luckily we were able to mill one out of HDPE at work while I repeatedly failed printing this at home. (I’m hoping to try this again in a warm room with a Prusa i3 MK3 in the near future.) 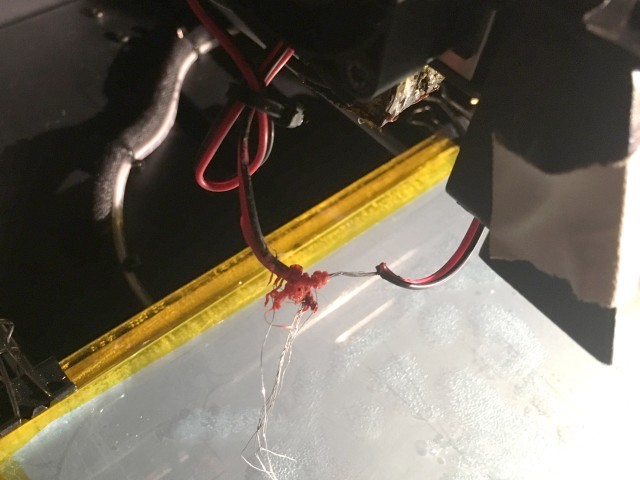 And, oh yeah, somewhere along the way one of the prints that failed managed to rip loose the wires that powered the print cooling fan, which luckily is used for PLA, but not ABS. 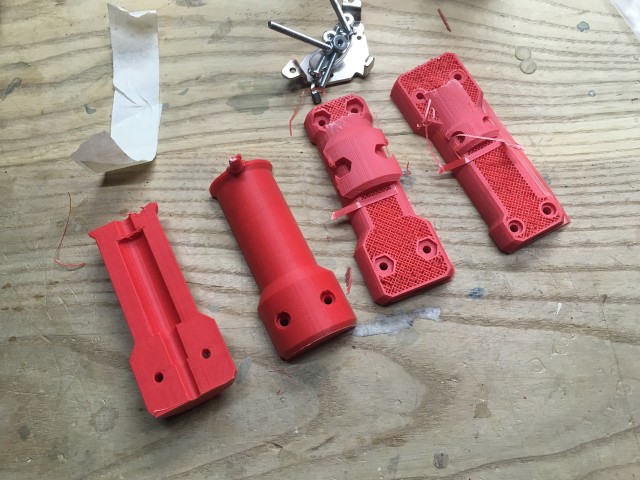 Also, just a reminder… I’m not new to 3D printing. I’ve been doing this for more than five years. 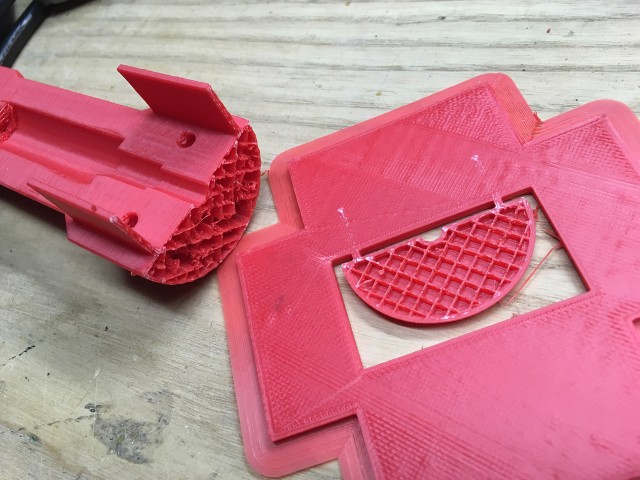 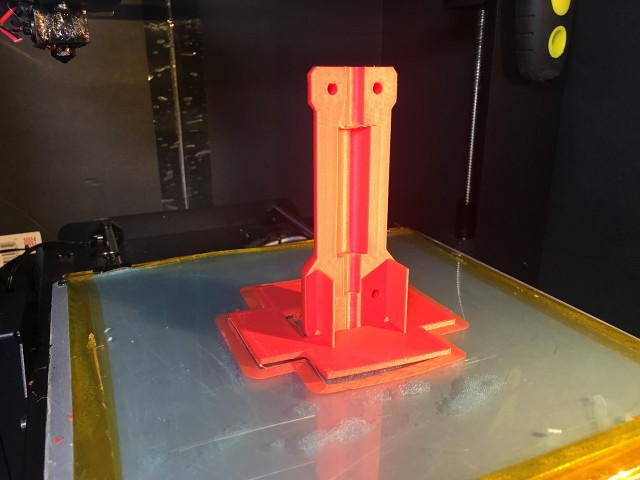 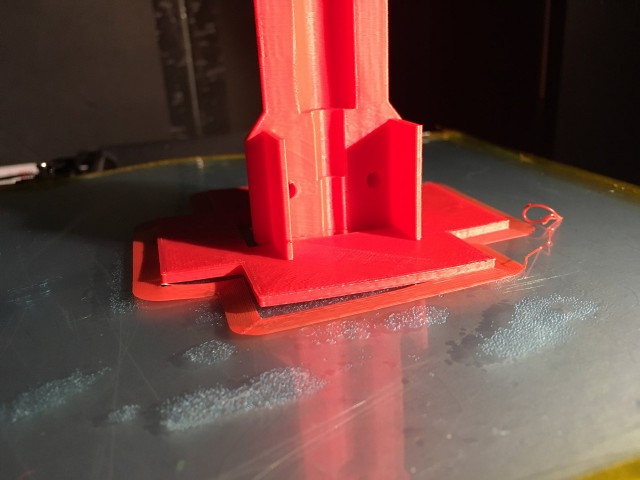 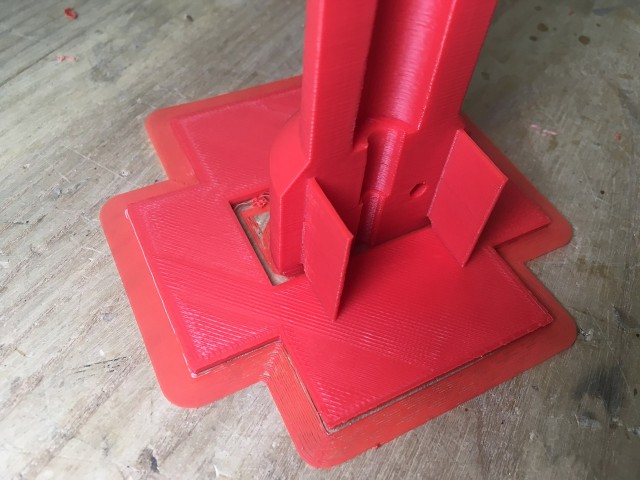 And here’s some super-fun video of many of the failures I encountered along the way, as well as the final successful print.