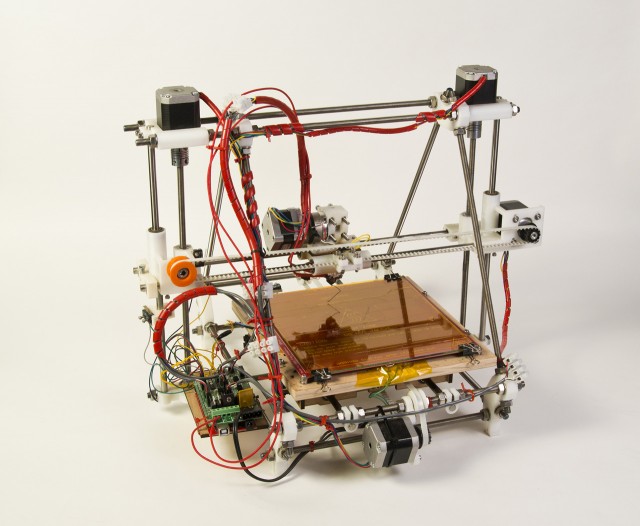 I built my first RepRap back in 2012, and it worked for a few years, and things broke, and I usually fixed them, but when I got my Maker Select Plus I sort of pushed the old RepRap off into a corner. I eventually loaned it to someone at Milwaukee Makerspace, who promptly broke it, and then I repaired it (again) and got it working, a bit…

To be honest, the machine is quite a mess, but I’ve decided to stop being sentimental about it. It’s existed for a while now as a “This is how we used to build printers!” example, but I decided that the time has come to take drastic measures, and it’s all coming apart.

Over the years I’ve managed to scrounge up some nice components for a new build. Some 450mm lead screws from an unnamed medical facility, some 12mm x 720mm smooth rods from an old laminator, etc. Couple that with the donor parts from the old RepRap and I’ve got most of what I need to build a new machine. 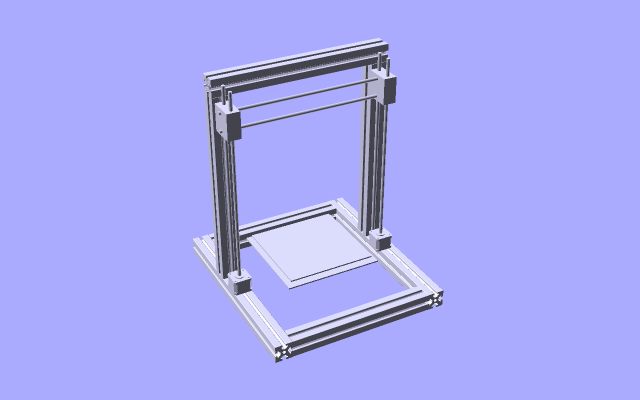 The one thing I don’t have is extrusion for the frame, but Mark (of SoM and UMMD fame) does. He’s got a pile of 40mm Aluminum extrusion which I might acquire to start on this new RepRap journey. (If I do not acquire it, I may end up going with 20mm extrusion. Not ideal, but possibly more affordable.)

I won’t go to the lengths that Mark has in building his heavy-duty industrial-style printers, but I’m headed in that direction just a bit. I’ve looked at the Wilson TS, other T-slot designs, and any other printer using Aluminum extrusion, and I’ve got a rough design figured out. I may try to used machined parts rather than printed parts where I can (meaning where it’s practical and affordable.)

While I want this to be an economical build, mostly by using components I already have, I’m not trying to build a super-cheap 3D printer. I considered buying a second printer, but the pile of parts and a mostly functional donor machine convinced me to go the route of designing and building my own. Plus, this means I’ll have a printer to experiment on while still having another that actually works! (In theory, anyway.)