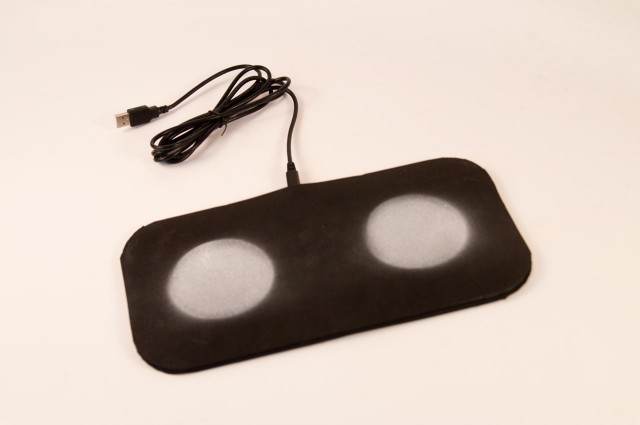 I recently built two custom controllers. The first was a joystick that sends key commands depending on the position. It was a simple electronic build, just incorporating a SparkFun Arcade Joystick into an enclosure. 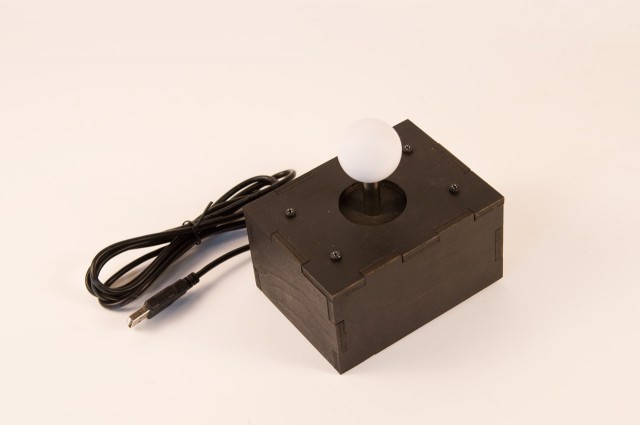 The person I built it for ask for the enclosure to be as small as possible, so the joystick is in there tight. I also painted the ball white and the screws holding things together black. 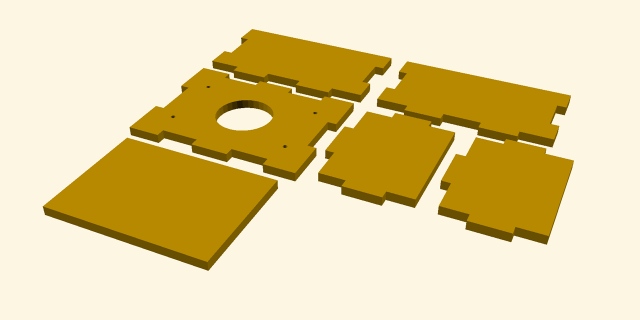 The bottom piece of the enclosure does not use finger joints, as it’s held in place with screws. I ended up drilling holes for the screws later after I cut down some scrap wood into corner pieces that helped hold the enclosure together when gluing, and provided a place to screw the screws into. 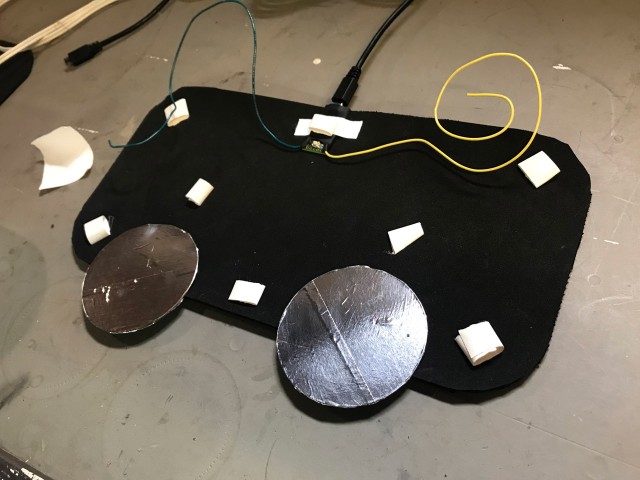 The other controller was create using Neoprene. I did not laser cut the Neoprene, but did cut a template from wood that I used to lay on top of the Neoprene and then carefully cut with an X-ACTO knife, which worked well enough.

There are two round laser cut pieces of plastic as well, that are covered with metallic tape, and then the two wires got taped down to the discs. The wires are attached to a Teensy LC on the other end, which has built-in capacitive touch capabilities. 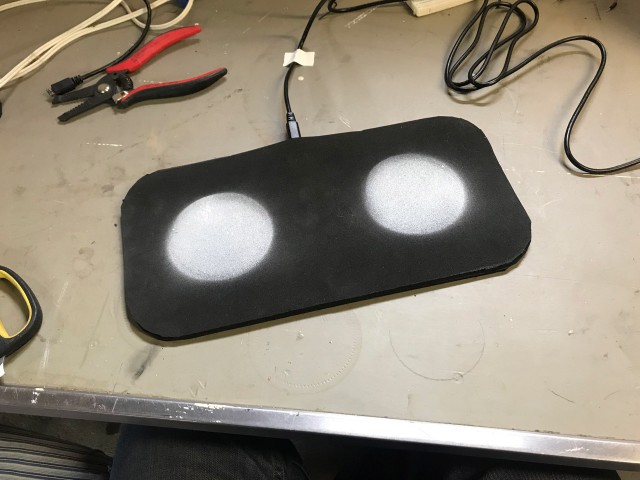 Some gaff tape holds together the sandwich of Neoprene to keep it all together. It’s pretty much impossible to pull it apart without destroying the Neoprene (I left that photo out) so hopefully it just works and no maintenance is ever needed.

This controller also sends keystrokes depending on which pad you touch. Oh, I also used a laser cut template to spray paint the two large white target areas. I wasn’t too pleased with the look of spray paint on Neoprene, but it’s the best I could do with a short timeline.