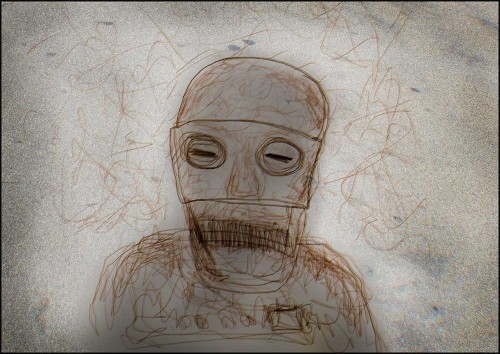 I started drawing a robot, but it ended up looking like a creepy guy, so then it sort of turned into what I’m just going to call “CreeperBot” for lack of a more fitting name.

Hmmm, didn’t I draw an Angry Robot recently? I don’t know what it is about these robots… I thought they were supposed to be our friends, and happily assist us with all our tasks.

Of course there is that “DESTROY ALL HUMANS!” thing… 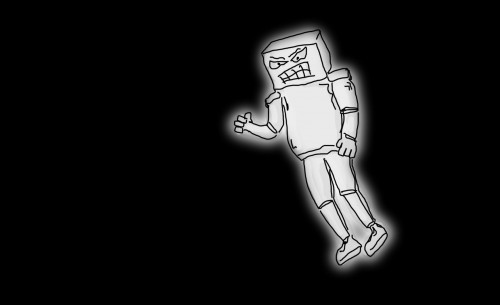 This robot looks angry! What could possibly make a robot this angry!? You order a protocol droid and they send you some angry kill-bot, ready to rip your head off. Sometimes I don’t know what those folks at Amazon are thinking… 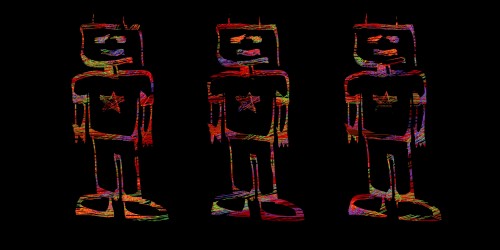 RoboBoy was kind enough to pose for a portrait. Sadly, RoboBot is half-human, and half-robot, but no one ever seems to know which half is which, and he often feels disenfranchised by such things. But don’t worry, RoboBoy is not defenseless, and he does possess the power to kill humans… or is it robots? I’m never quite sure… 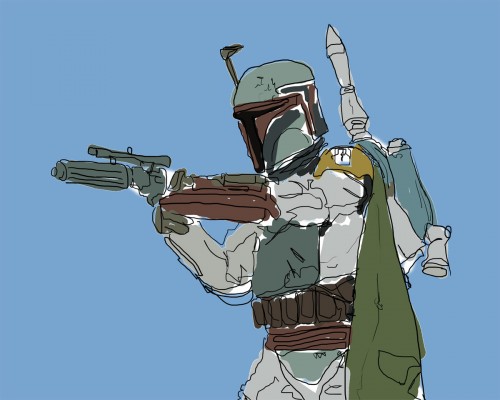 Over in the Twittersphere I gained a new follower today: @starwarsart, which has a bio that states “We search the web for the best in Star Wars Art and post it on our site daily!”

Sure, I follow @bonniegrrl, and I enjoy the occasional Star Wars art, but I couldn’t even remember if I had created any in recent times… so I figured I couldn’t let the folks behind starwarsart.org down, so here’s a crummy drawing of Boba Fett I made during lunch.

Of course the fact that they are looking for “the best in Star Wars Art” may mean that this drawing is featured nowhere on the Internet except right here… so enjoy! 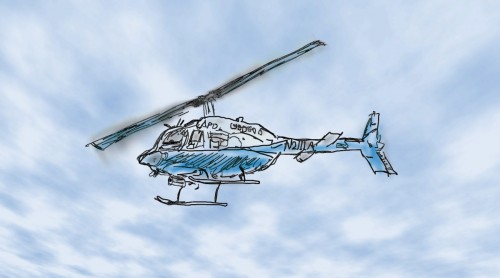