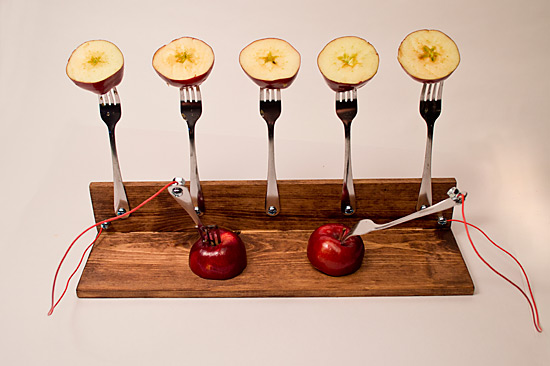 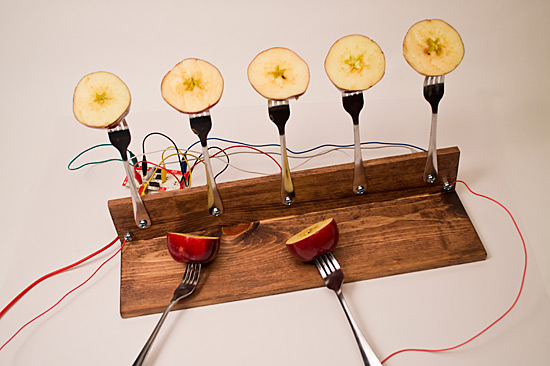 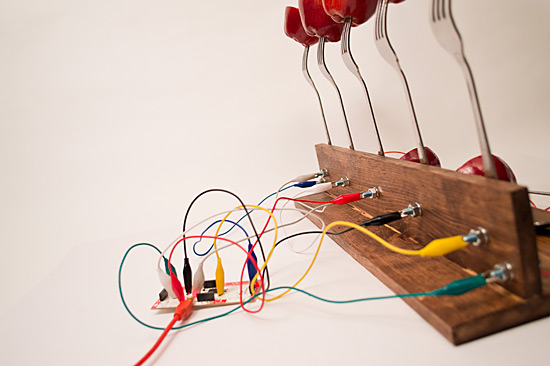 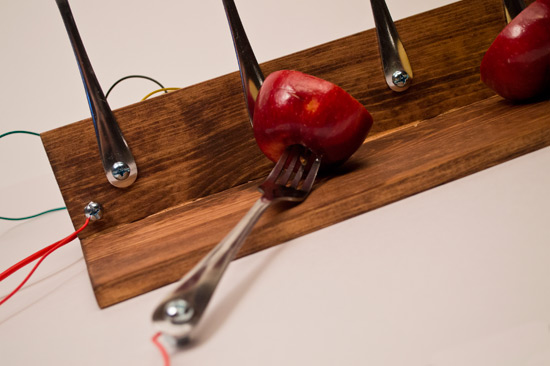 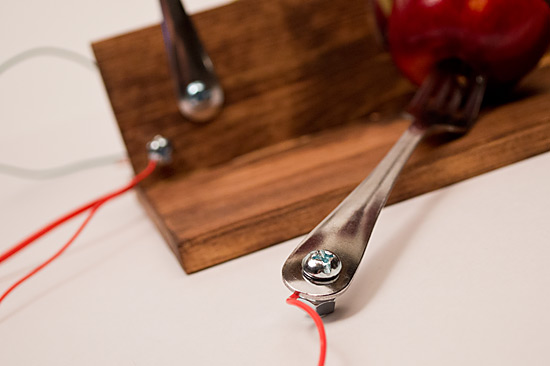 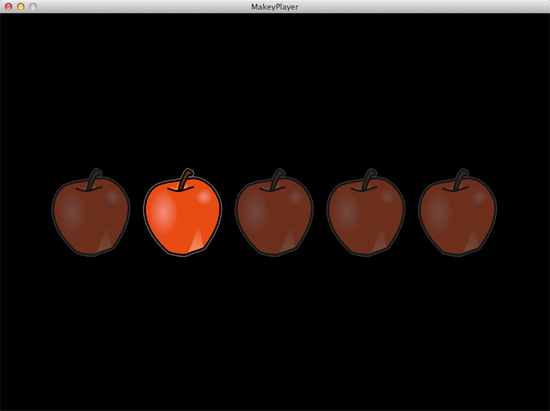 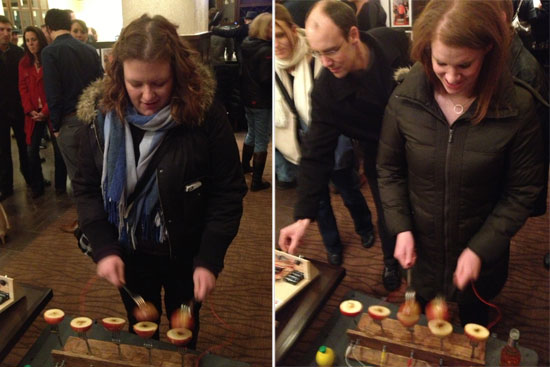 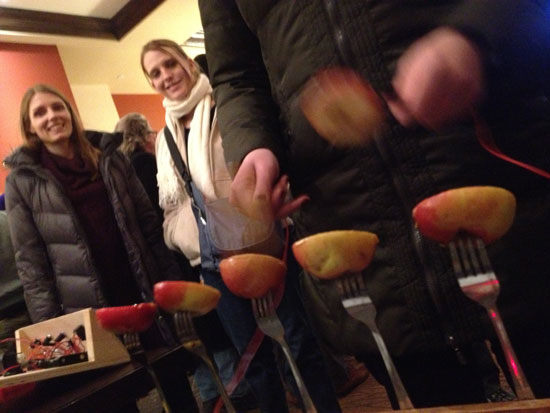 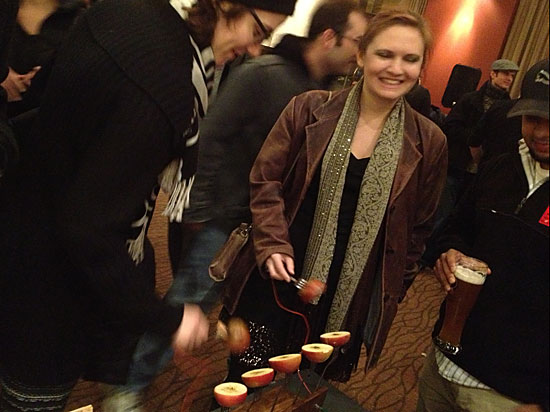 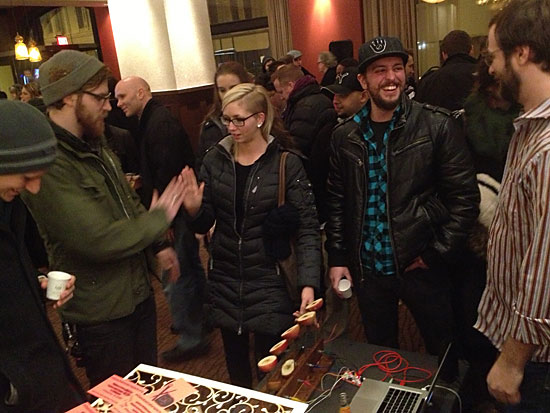 Great stuff! Any way to release the application under some form?

Totally… I try to package up the apps and the code.

Hei, that looks great!!!! and sounds so …..! :-)
I also want to try something like that with my MakeyMakey.
Where I can get the apps and the code?
Is there a possibility to download it?

Michael, thanks for the reminder! I shall package it up and get it online.

Hi,
here my video from my fruit-piano with Makey Makey:
http://www.youtube.com/watch?v=na7YORDgp74

Can you put up the code for this project please? Looks like fun!