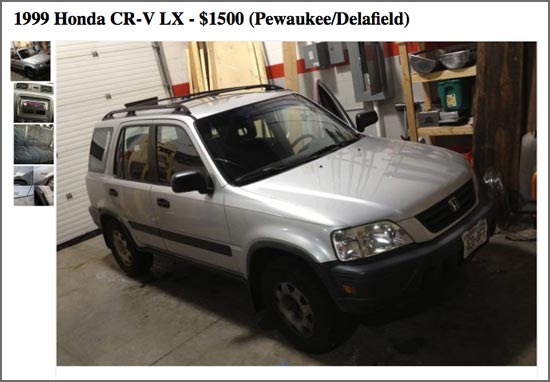 2 replies on “Selling a car on craigslist”

I sold my 2000 Beetle on CraigsList and it only took a few days to find somebody who was willing to pay my asking price and was able to type a proper email. A guy from Chicago drove up to Madison to meet with cash in hand. He even paid for my dinner that day because he was paying enough of a difference from the same vehicle in Chicago.

I’ve sold a lawn tractor and my wife’s 1998 Mustang GT convertible on CL. The Mustang was an interesting sale to a guy who was 6’5″ and had to borrow money (about 5,500 dollars) from his gambling buddies.