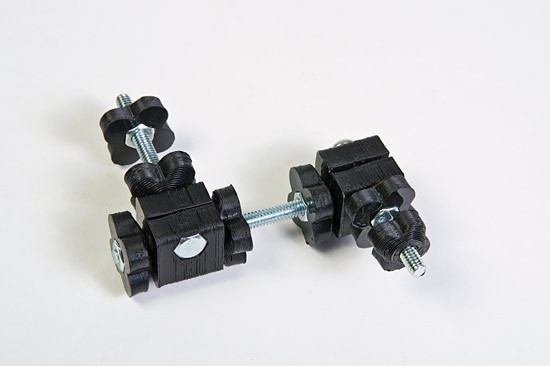 In my previous new arm post I banged out a quick ‘n dirty replacement arm to hold an LCD display on a RED camera using some 3D printed parts and a few nuts and bolts. 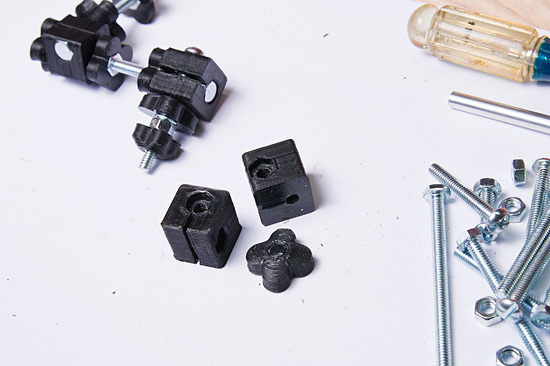 Version 1 worked, but I wasn’t totally happy with it. Iteration time! The beauty of digital fabrication using a 3D printer is that it’s easy to revise your design and try something new. 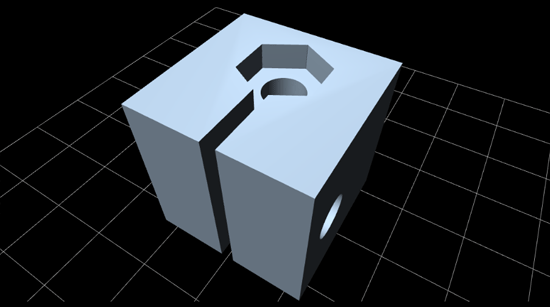 One of the issues I had with version 1 is that things spun around too much. Even with the tightening bolts, there was more spinning happening when less spinning was desired. I ended up adding a hex-shaped hole to hold the head of the bolt in place. This resulted in less spinning. 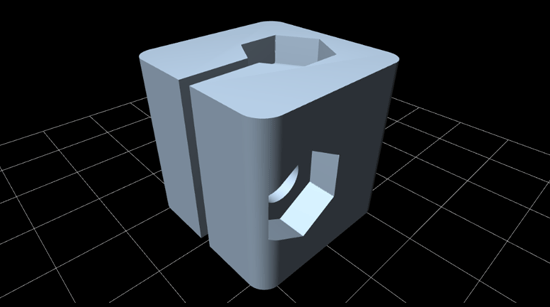 I then figured that if one hex hole was good, two were better! Sadly, while this worked well for the first corner piece, it didn’t work as well for the second corner piece that was held in place with the nut knob. 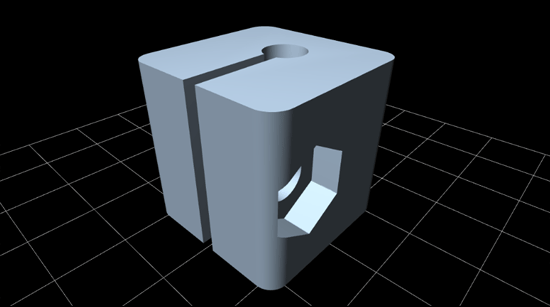 No problem! OpenSCAD makes it easy to comment out a piece of code and output a new STL file. I now have two (slightly) different versions of the connecting block. Oh, I also rounded the edges a bit, which resulted in a better print, and a better feel.

One thing to note here. Where I originally posted an image of the connector block (before I even printed it) I made a comment about milling it from Aluminum. (Though ultimately it was decided that a drill press and band saw might be all the tools needed.) Milling this new design would probably still be doable, but until I’m sure we like this version, what’s the point? I may end up revising again.

And then there was the knob… The knob I had previously been using was one of the first things I ever printed on my RepRap. I’m sure I grabbed it from Thingiverse, but I’ll be damned if I can find it now. It may have been removed. Nevertheless, I didn’t love it, so I designed a new one. This is version 1, which was ok…

This is version 2, with a nice hull operation to give it a more rounded feel, and (probably) make it a little bit stronger. This is my new 1/4″ nut knob from now on. (Unless I design a new one!) 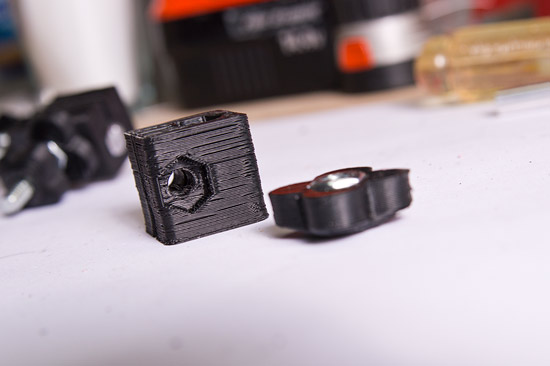 So yeah, a few 3D printed parts, some nuts and bolts from the hardware store, and we’re in business. 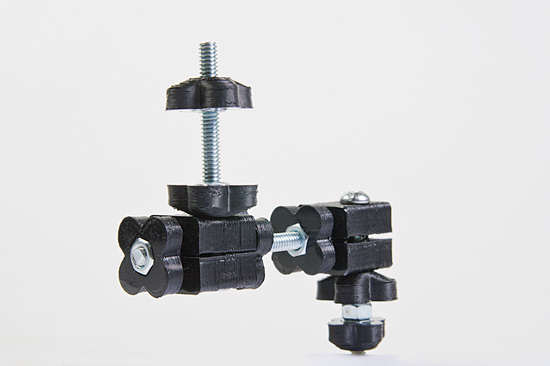 Oh, there’s also a screw in place of a bolt on the main support, because attaching it to the camera will be ten times easier with this feature, and you may also notice a slightly smaller version of the knob on the lowest mount point. This is (probably) needed to allow clearance to tighten it. (I didn’t have the camera around to test with, but I’ll find out this week if it works.)

Update: Tested it, seems to work well! You can grab the files from Thingiverse. 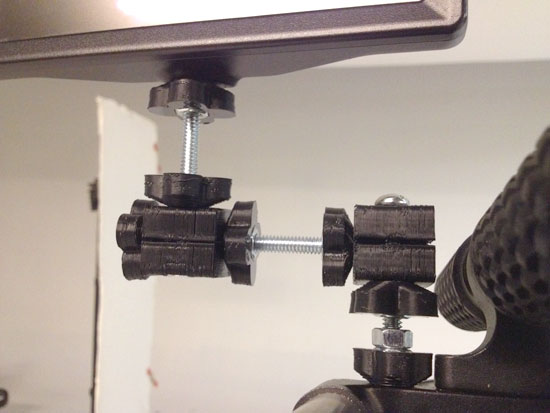