I’ve made elbows before, and while I should be making hands, I ended up working on a new arm this weekend. Rather than do all the work and just show the final thing, I thought I would do what I did with the MMPIS and post as I start a project so you can see all the steps involved. 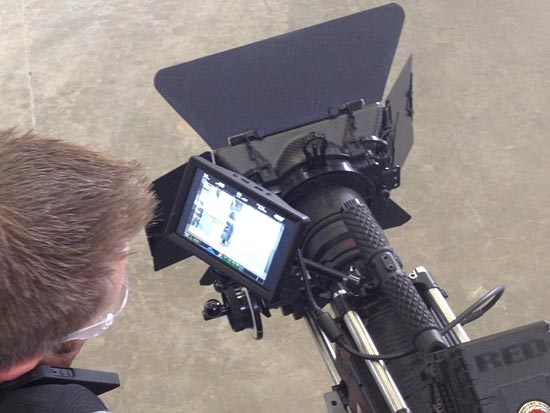 As you can (sort of) see in the photo, the camera has an LCD display that is attached to an adjustable arm. You can even look at it while talking on the phone! The nice thing about the arm is that by twisting just one lever, you can adjust it to any angle, and then lock it down. The terrible thing about the arm.. is, well, everything else. 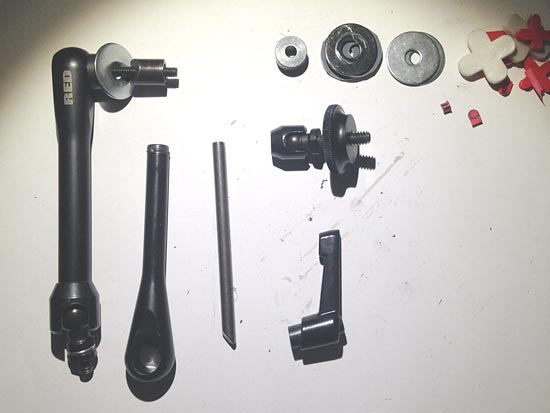 The arm held up to over 4 years of use (and abuse) but finally failed. Things wear out. It happens. I asked one of my camera rental guys about repairing it and he said “Can’t be done, just toss it.” So… Challenge Accepted!

I basically had the arm fixed, but then something else went wrong. It’s sort of a cascading effect with multiple points of failure. If one part doesn’t work, it affects all the parts, and nothing works. We fabricated a new rod, slightly longer than the original, to compensate for the wear on the original rod, but we had to remove a part to do so, and then that part wouldn’t stay secured when you tightened it. It became a vicious circle of fix it, watch it fall apart. Crap! (I still have one idea for fixing it, thanks to David Bryan. Once parts come in I’ll try that fix as well.)

Since I couldn’t reliably repair the arm in a timely manner, I decided to create a replacement. The nice thing about building camera accessories is that you get a lot of mileage out of existing off-the-shelf hardware like 1/4″ nuts and bolts. 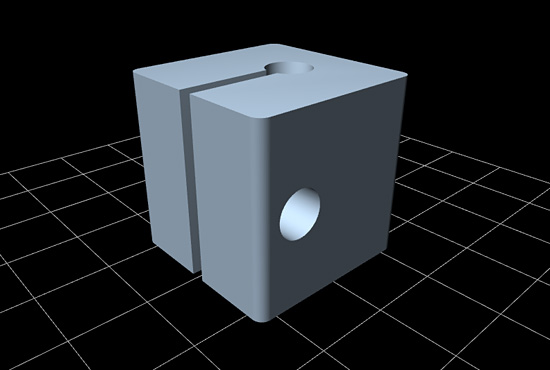 I fired up OpenSCAD and started designing a connector block, with the idea that 1/4″ bolts would be the “arm parts” and the blocks would be the “elbows”. There’s a slot to allow for the block to flex when tightened. I’d also be using those little hex nut knobs I use all the time. 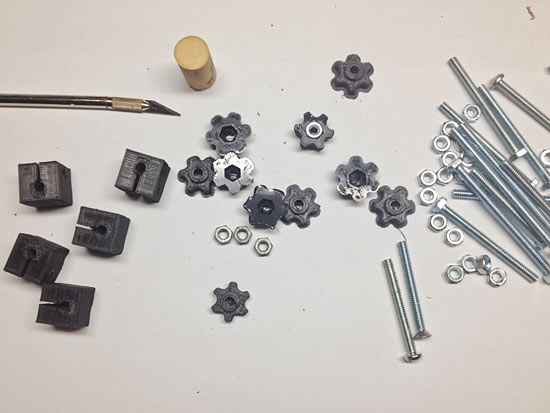 Once I had the parts printed, I used an X-ACTO knife to clean things up and trim things down. I also used a 1/4″ drill bit to clean up the holes a bit, and a vise to push the nuts into the knobs. All the metal and plastic bits in the photo probably adds up to less than $7 USD. (And there’s a lot of extra pieces here!) 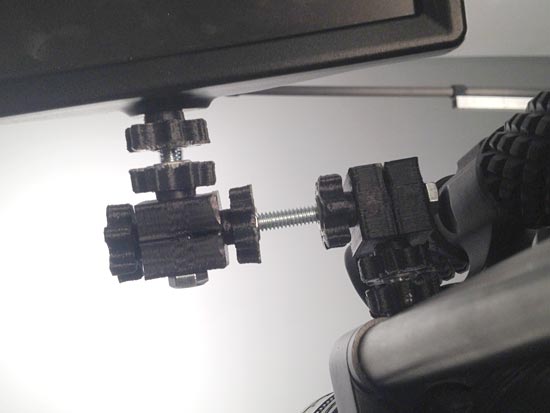 Here’s the assembled arm holding up the LCD display on the camera. It does indeed work, but we’re going to call this ‘version 1’ as there is definitely room for improvement. Still, it’s a much more functional arm than the broken one held together with gaff tape. 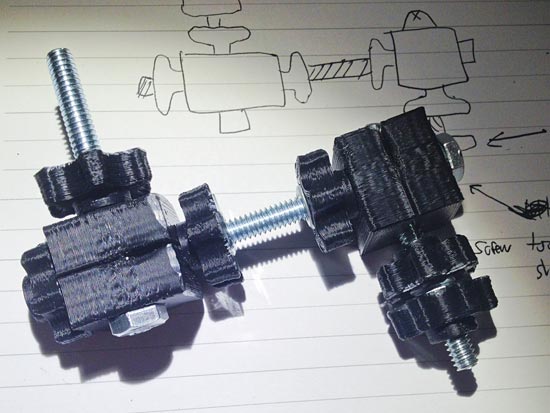 I started making some notes on what worked, and more importantly, what didn’t work, for the next version. Again, the great thing about 3D printing is that it lets you go from an idea to a finished product very quickly, and then to iterate again very quickly. If I just count my time designing and assembling things (and not the time to print the parts) this is probably less than 90 minutes of work.