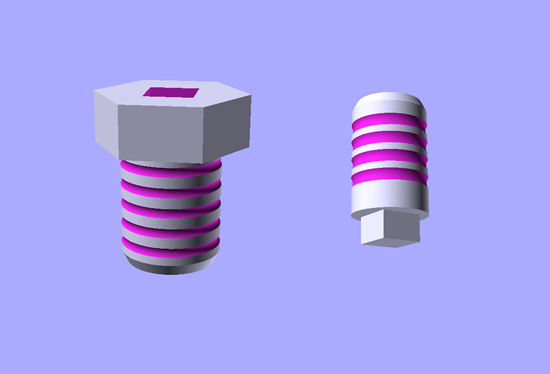 Typically when I model 3D object with OpenSCAD I tend to create things that are simple and functional, but I had to create a piece that had some extra decoration to it, and wow did it slow OpenSCAD to a crawl!

I know about the special variable $fn, but I didn’t know about $fa and $fs, so I’ll have to start using those as well to see if they can speed things up. (I usually use $fn to go between “low res” and “high res” when it comes to rendering.)

OpenSCAD probably isn’t the easiest modeling software to use (unless you like writing code) but I like the fact that it’s open source, gets updated fairly often, is parametric, has lots of great info on using it, and there are a ton of free libraries for doing interesting things.

I was using Rhino quite a bit earlier this year, and while the Mac OS X version is now ready, it’s $300 for a limited time, and $500 after that, and is somewhat crippled compared to the Windows version. It can do some amazing things, so I’m still contemplating a license for it… Or I may find something else (open source, perhaps?) that fits the bill.

(I’ll probably be posting more about 3D software in the near future.. Stay Tuned!)