When it comes to 3D modeling for the majority of the 3D printing I do, I tend to turn to OpenSCAD. OpenSCAD is known as “The Programmers Solid 3D CAD Modeller”, and it’s free software available for Linux/UNIX, Windows and Mac OS X. Yeah, you create objects by writing code. It’s weird, but so am I.

If you’re one of those cloud-loving weirdos (who also uses Chrome) you can also opt to use OpenSCAD.net, which is a (blah) “browser-based” version of OpenSCAD. Sort of. It definitely has it’s usefulness (Chromebooks!) but anytime I can download and install an open source application, I’ll opt for that route.

Now, once you get used to OpenSCAD (assuming you want to) you can refer to the cheat sheet or read the entire OpenSCAD manual. But suppose you don’t exactly want to write code, or you aren’t good at it yet… Perhaps BlocksCAD can help. 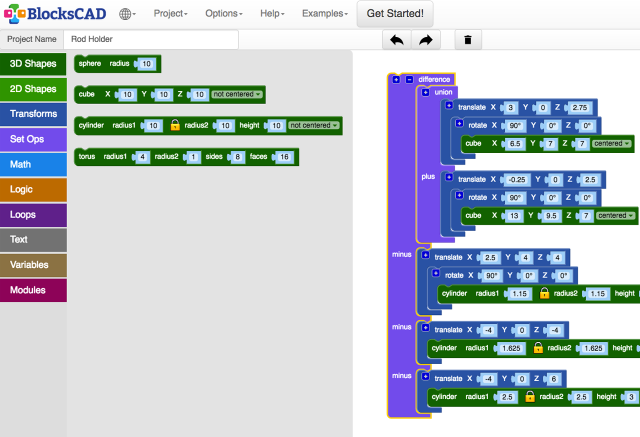 BlocksCAD puts a “blocks” interface on top of OpenSCAD. You may have seen this block-thing in use with Scratch. It’s a good way to teach kids how programming works. (There’s an Arduino-ish block application call mBlock that works with the Makeblock robots. And yes, there’s lots more scratch blocks stuff out there.)

I took a model I made in OpenSCAD last week and recreated it in BlocksCAD. It took quite a bit longer (probably because I can write code fairly quickly) but the results were good. The blocks really help show the structure of things. For anyone whose had to remember bracket placement, semicolons (and tabs & indents if you care about readable code) the blocks interface hides all of those things. Again, possibly a good thing for beginner coders. 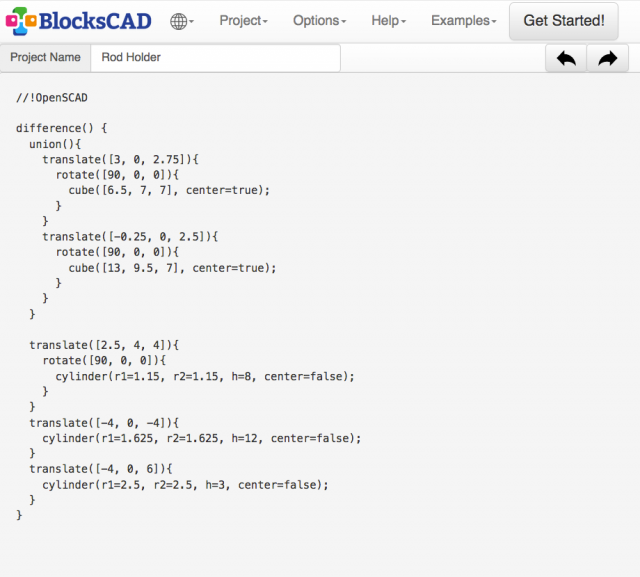 In BlocksCAD you can toggle between the blocks interface and seeing the code. This is great, as you can see the code that gets created by the blocks. Note that you cannot edit the code in the code view. This is (slightly) annoying, but I can understand why this decision was made.

There are things that BlocksCAD doesn’t support, but the basics are there. (I’d love to see comments added.) The basics are enough to get a beginner (child or adult) started with building blocks into a program that generates a 3D model. Sweet! 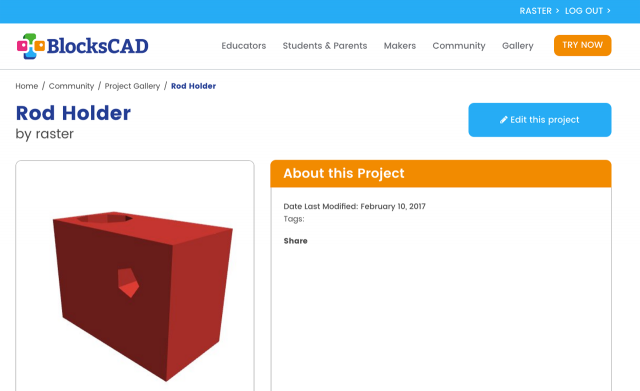 You can also easily share the models you create. (Okay, that’s probably the one nice feature about a browser/cloud-based thingy.) You might notice from the image above that the holes are weird looking, as in, not very round. What’s going on? 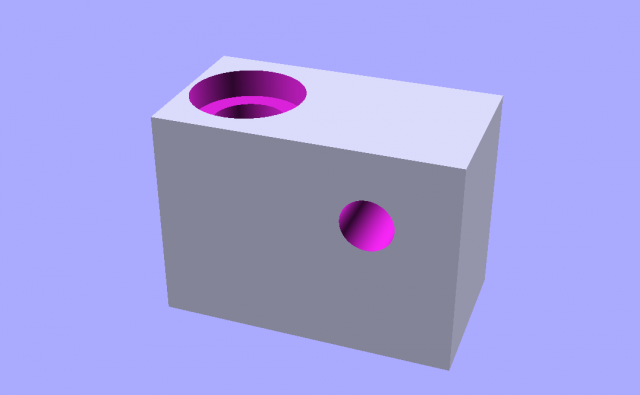 Here’s the original model that I created in OpenSCAD running on my computer. Note that the round holes are super-round! I get them round by adding the line:

to the top of my code. The $fn thing controls the number of facets used to generate an arc. It’s the difference between a round circle and a low-resolution circle consisting of x number of flat sides. (You can also use the $fn to allow you to quickly render models by setting the number low, and then raising the number before you do your final render.) 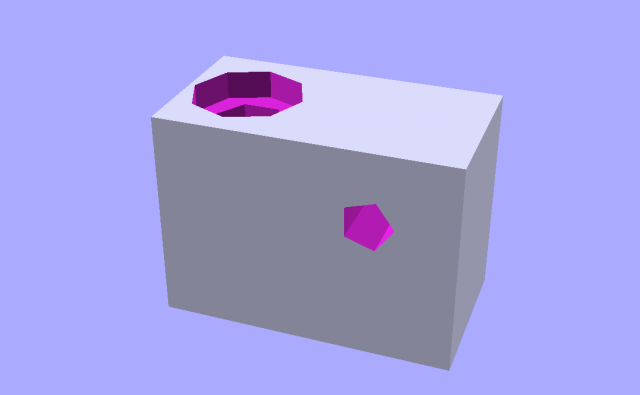 Here’s what I got when I copied the code from the “code view” of BlocksCAD and pasted it into OpenSCAD and rendered it. Blah! Low-resolution holes. If I added my $fn = 100; line it rendered what I really wanted. 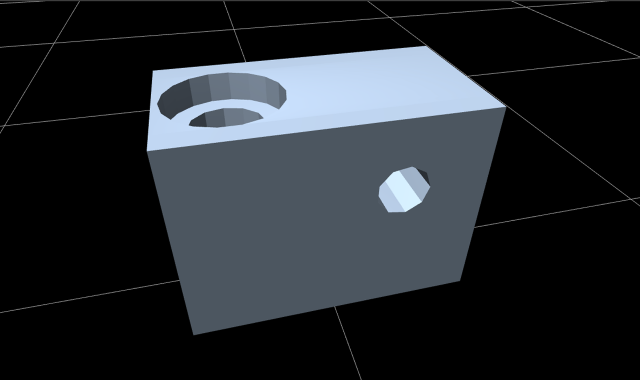 Okay, so I also downloaded an STL file from BlocksCAD and it looked like this. Hmmm, much better quality than the low-resolution version I got from the code I copied. So what’s up? Well…

When you render objects in BlocksCAD there’s a “smooth” option with Low, Medium, and High settings. So, if you choose the High setting, you get a much better model. The code view doesn’t show whatever the $fn/facet setting is for the model, but it must be adding it when it does the render. Makes sense.

BlocksCAD has a few quirks, but I think it’s a great concept. While I’d love to see a downloadable version, I hope Einsteins Workshop continues to provide the web-based offering for those who want to use it.