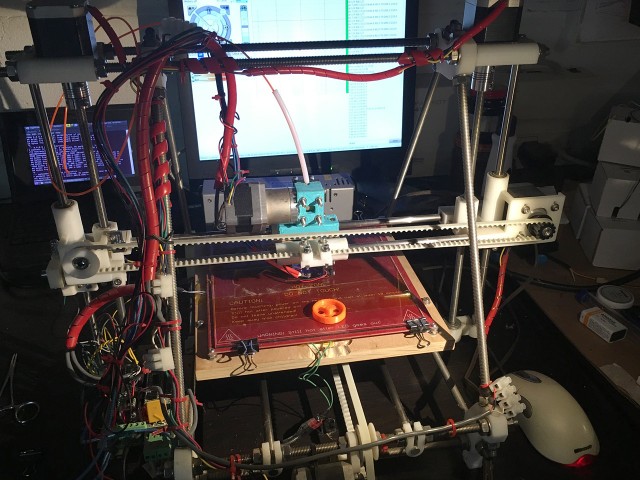 Calling this RepRap Report #4 is probably not even close to a proper title, but I’m going to use it anyway to cover the latest changes to my old MakerGear RepRap Prusa Mendel, which is a Prusa Mendel (iteration 2) I started building in 2011 and finally finished in 2012. It worked well for a few years, and around 2015 I seemed to have a lot of issues making it work reliably.

I eventually got a cheap clone E3D hotend so I could switch over to 1.75mm filament, and it didn’t work well so I eventually got a real E3D hotend and then it seemed as though I just could not print ABS. It never seemed to be able to maintain a proper temperature. I gave up on it when I got a Maker Select Plus and put the RepRap to the side…

I figured that since there was a problem getting up to heat for ABS, maybe I could try PLA, since it uses a lower temperature than ABS. I grabbed a file I recently printed on the Maker Select Plus and gave it a go. 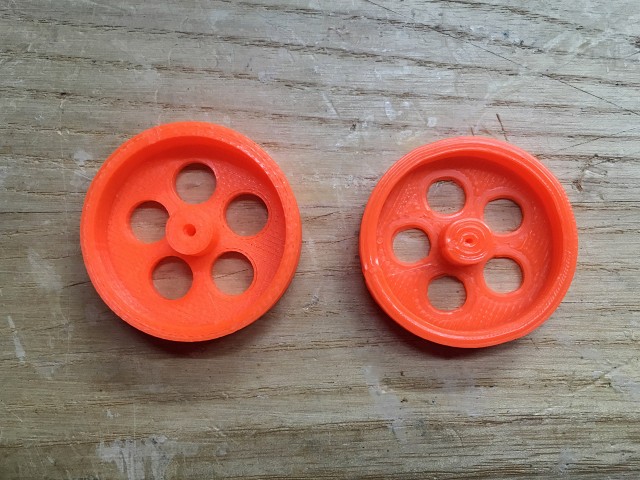 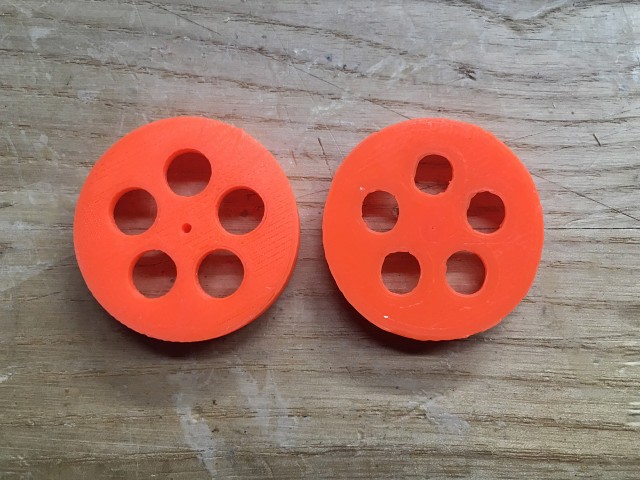 The bottom also looks pretty bad on the RepRap print. Those round holes are looking pretty oblong and a bit uneven overall. 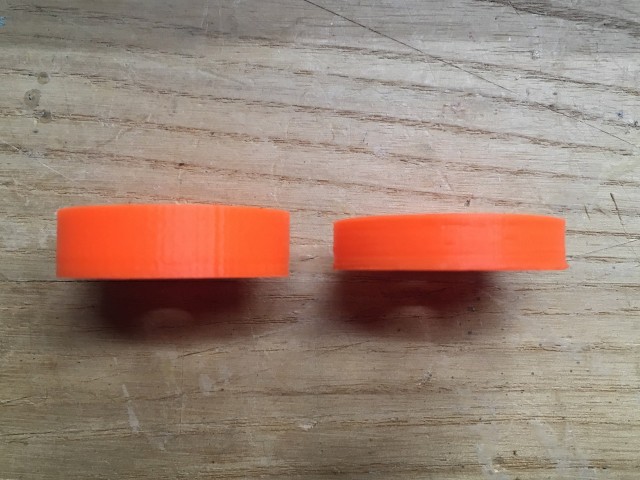 And here’s where we really see an issue. The MSP print is 9mm tall, while the RepRap print is just over 6mm tall. We’ve lost nearly 3mm in the z axis. Not great! I figured I should try a second print to see what I’d get… 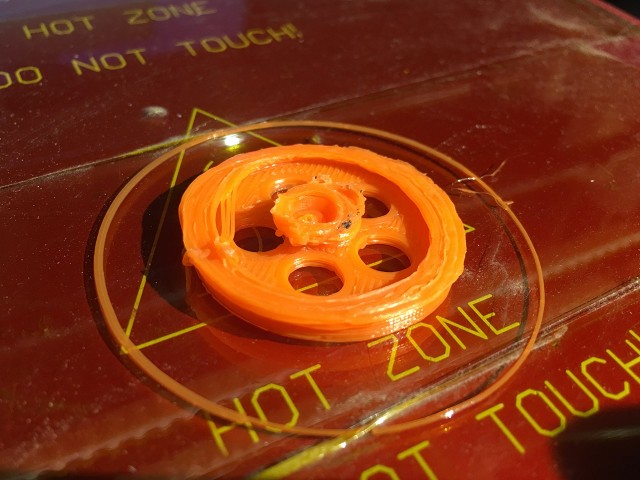 I got this… Wow. It’s, uh… terrible. Now, I did not use a cooling fan while printing this. I always printed ABS with the RepRap, so I didn’t even have a cooling fan installed. I may try some tests with ABS again, or I’ll add a cooling fan if I try PLA again.

I’m not convinced the RepRap will ever be a good printer. I mean, five years ago, it was decent, and I made a lot of things with it, and they were good enough. I’ve thought about upgrading it into a Prusa i3 since I could reuse most of the parts, and would just need a new frame, which I could probably just laser cut. That might be a good option, but I’m also half convinced that if I take the whole thing apart I’ll never get around to putting it back together!