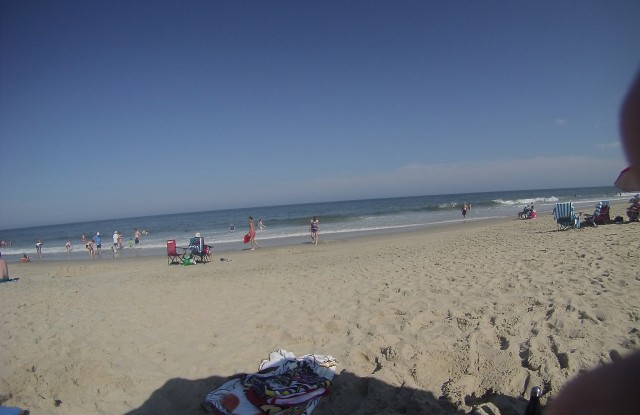 Whew! Hey folks, I’m back. It’s been over a month since my last post, but don’t worry, things are going good, they’re just going a lot, or there’s a lot going on, or something like that. I’ll just update everything.

First of all, I spent a week at the beach. The ocean beach! We went out to Maryland and I was actually out of the office for five whole days! I barely worked at all, besides a phone call and a bunch of emails to keep thing moving for Maker Faire Milwaukee.

Oh yes, we’re just 60 days out from Maker Faire Milwaukee and there’s a heck of a lot of things to do this year. I’m also headed to Maker Faire Detroit this week. (And there’s a chance I’ll hit up Pittsburgh and/or Orlando as well.)

One of the projects I’ve been working on for Maker Faire Milwaukee is called NoiseMaster 3000 which will consist of a bunch of DIY noise making devices. Here’s a few in progress.

I’ve been combining 3D printed parts with scrap wood and really enjoying the process. I’ve been thinking a lot about how the two materials fit together, and I’ll probably write up some thoughts on that later.

I saw Wonder Woman and The Big Sick and they were both great movies. I’ve also been trying to get caught up with Doctor Who, but besides that I still don’t watch very much TV. (I haven’t seen Game of Thrones or House of Cards or Breaking Bad. I hear there’s a new Star Trek showing coming out soon!?)

I’ll be speaking at the Inventors & Entrepreneurs Club of Kenosha & Racine next month on the topic of Arduino. I should probably prepare for that. Also, the mayor of South Milwaukee wants to meet with me, because of something I posted on Facebook. (Don’t worry, I’m not in trouble!)

Okay, well… that’s all I can think of for this update. You can follow me on Instagram for previews and peeks at my current projects, and I sometimes post things on Facebook, as well.