One of the fun/ridiculous projects I did at Milwaukee Makerspace was this Garage Door Status Updater. It was part of the reMMinderbot project, which would send reminder emails to the mailing list. Typically useful things like reminding members about upcoming meetings, which side of the street to park on, etc. 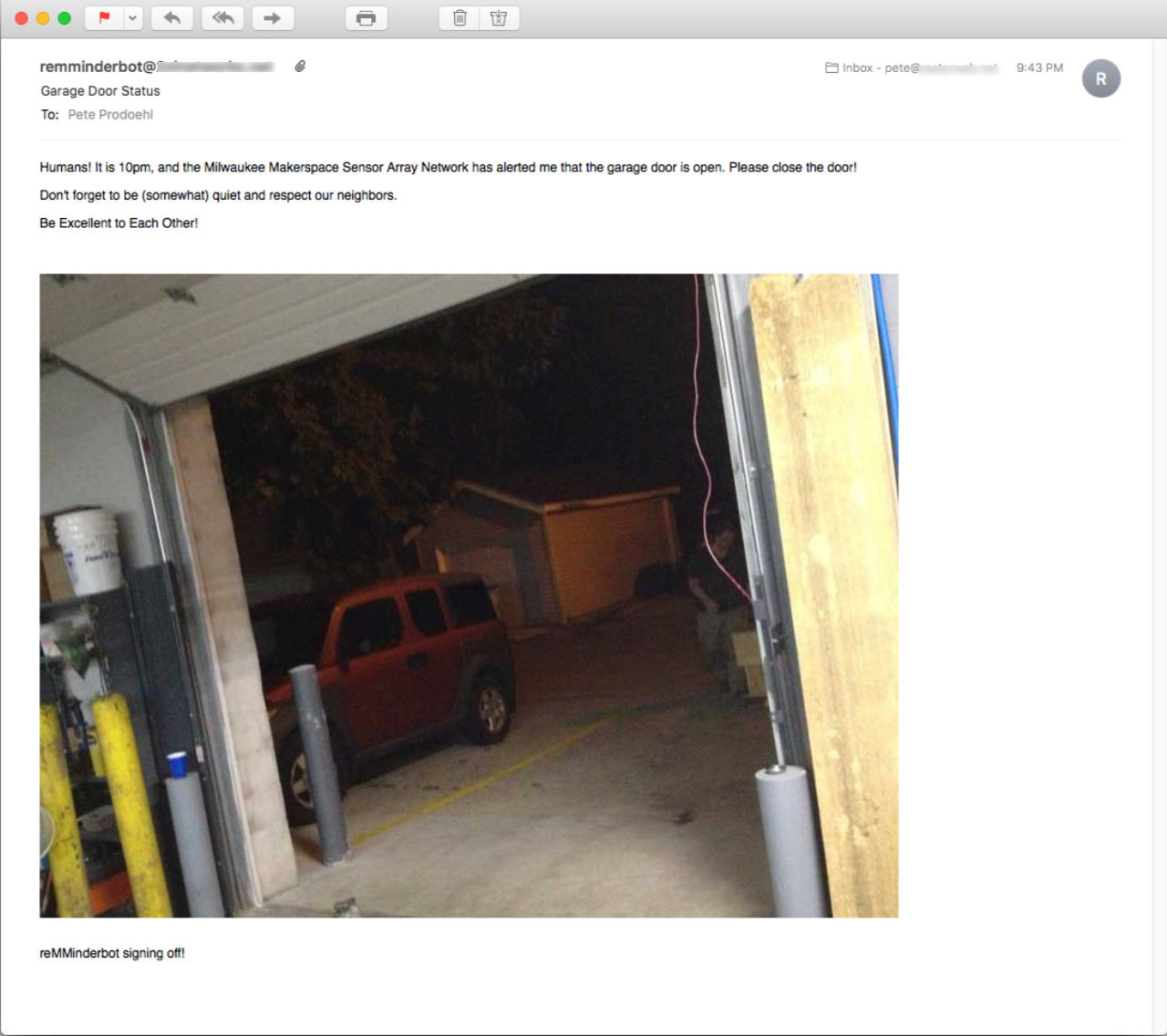 This bit was based on the imaginary (or maybe “not yet realized”?) Milwaukee Makerspace Sensor Array Network, which, again, did not exist. See, we had this rule/guideline that the garage door should be closed at night so as not to disturb the neighbors. So I set up some cron jobs to send an email showing a “live camera image” of the garage door open after 10pm, then it would send another email shortly after than with the door closed and a “Thank You!” from reMMinderbot. 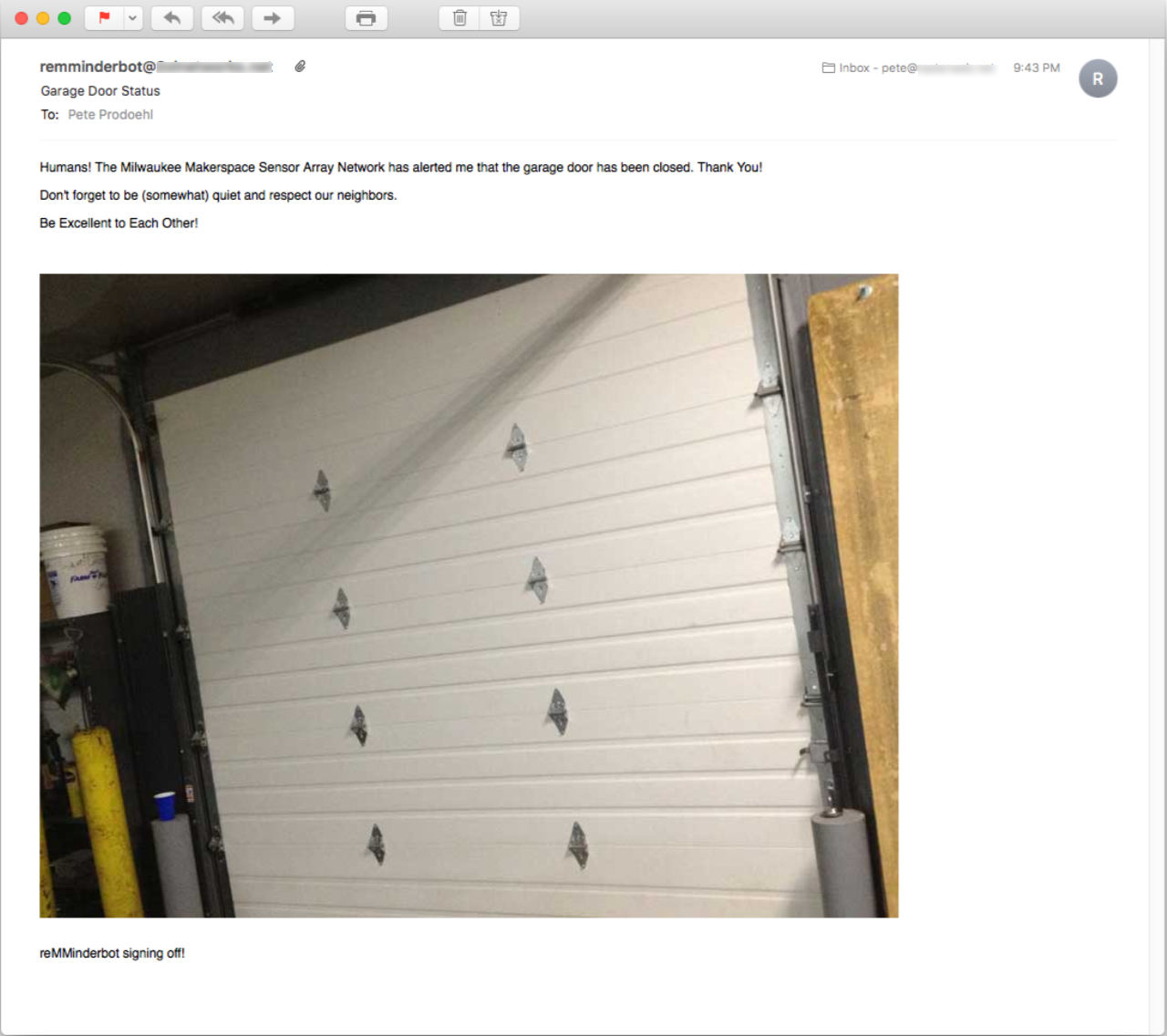 Anyway, I just found these files and they were a reminder of the fun I used to have before the pandemic. Good Times… <sigh>