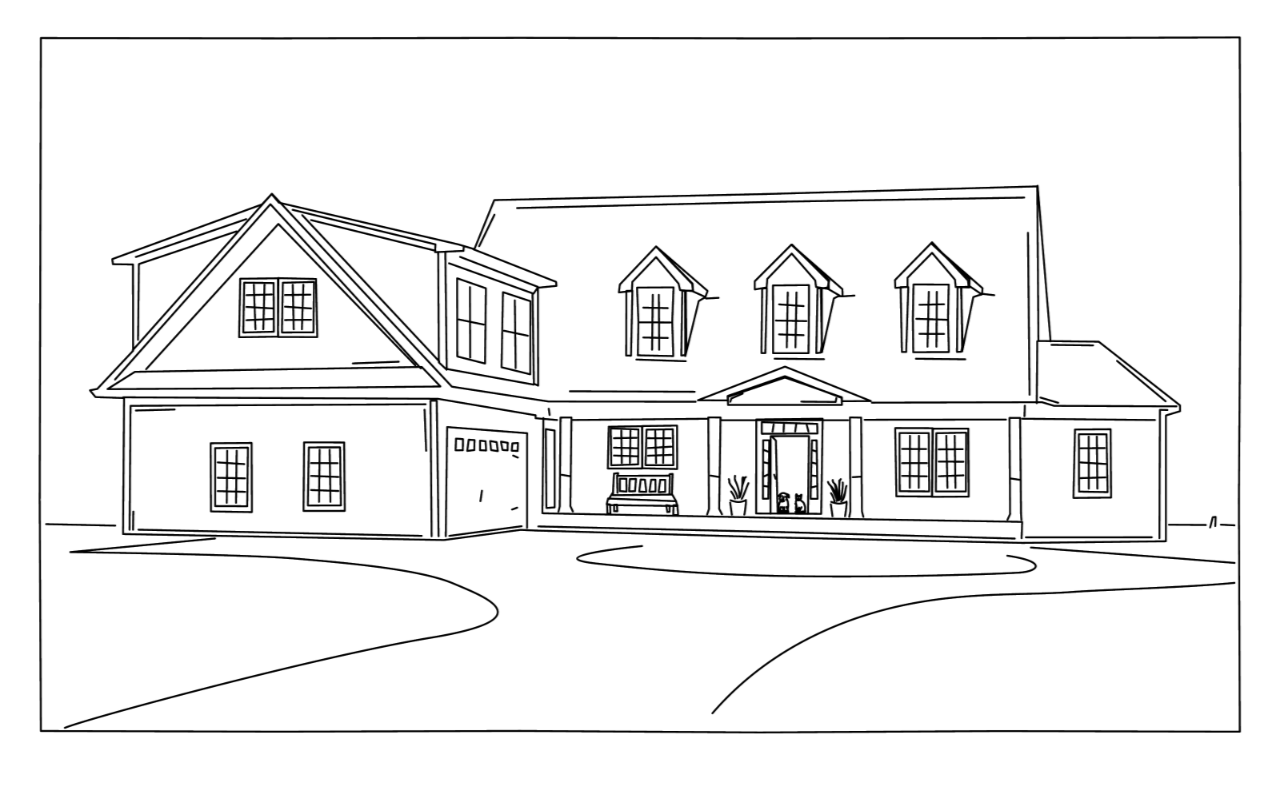 Right before Christmas Dana mentioned that she still needed one more gift for her sister, and told me she tried to get a house illustration done because she had seen some through a local company. (I think it was Bay View Printing Co. but I am not sure.) She asked if I could figure something out, so I volunteered.

She got me a nice photo of her sister’s house, which I then used as the basis for a line drawing. After a few rounds of revisions with the client (ha ha) she was satisfied. I originally wanted to try an intaglio print for this, so I attempted to etch an acrylic plate with the laser cutter and did some test prints. (Oh, an amazing printmaker friend of mine who lives about a mile away offered to loan me her small press.) I tried my intaglio, which I’ve not done before, and just wasn’t satisfied with the results, so I resorted to a quick ‘n dirty laser cut wood plate, which I’ve made plenty of before… 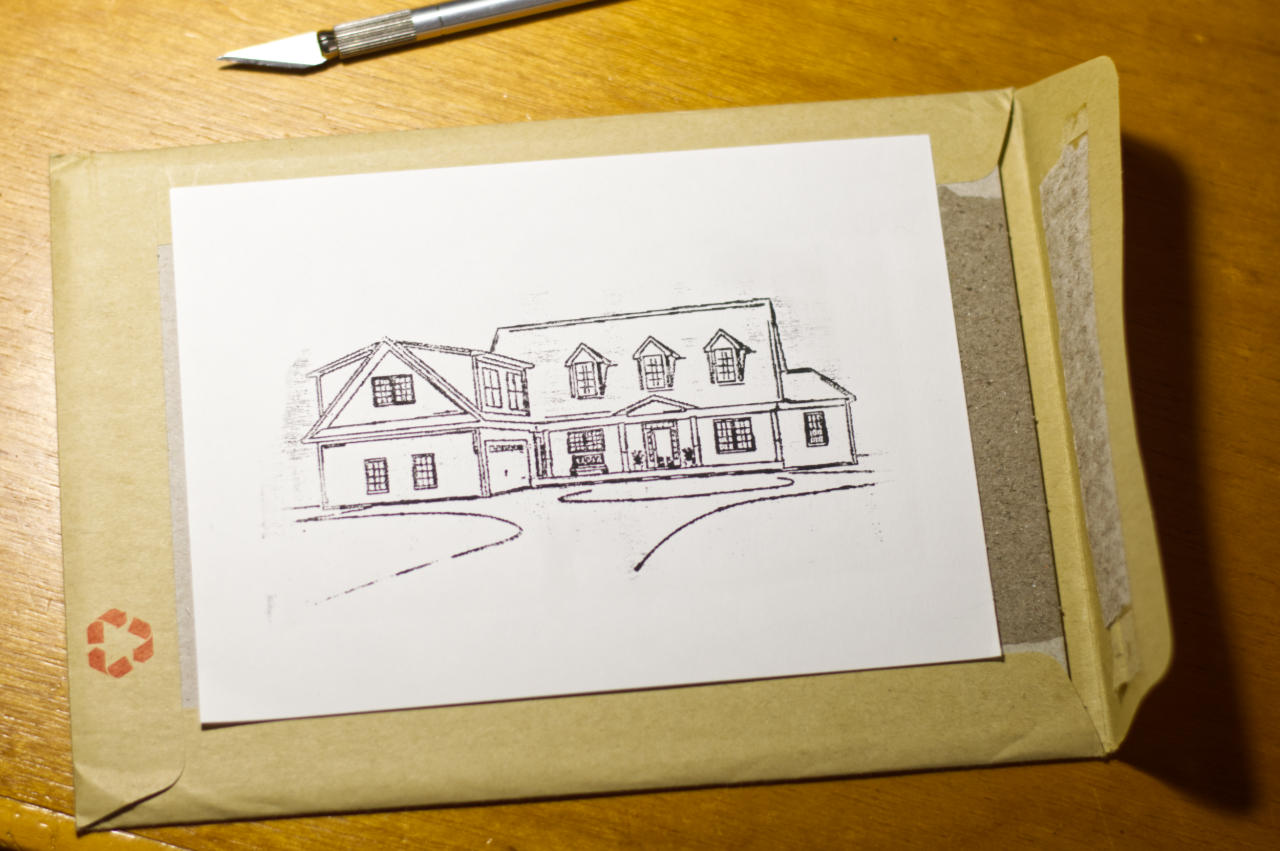 This was just one of the first test prints, and I had planned to make a better plate and print more, but ran out of time, and Dana thought this one looked good. (Sidenote: I’ve been having these issues where I feel like my work could be better, which I guess is the opposite of just settling, but it’s been sort of annoying to my process lately.)

Anyway, in the end I did an illustration, and I made some prints, and I did try a few new techniques, and I guess it’s all good.