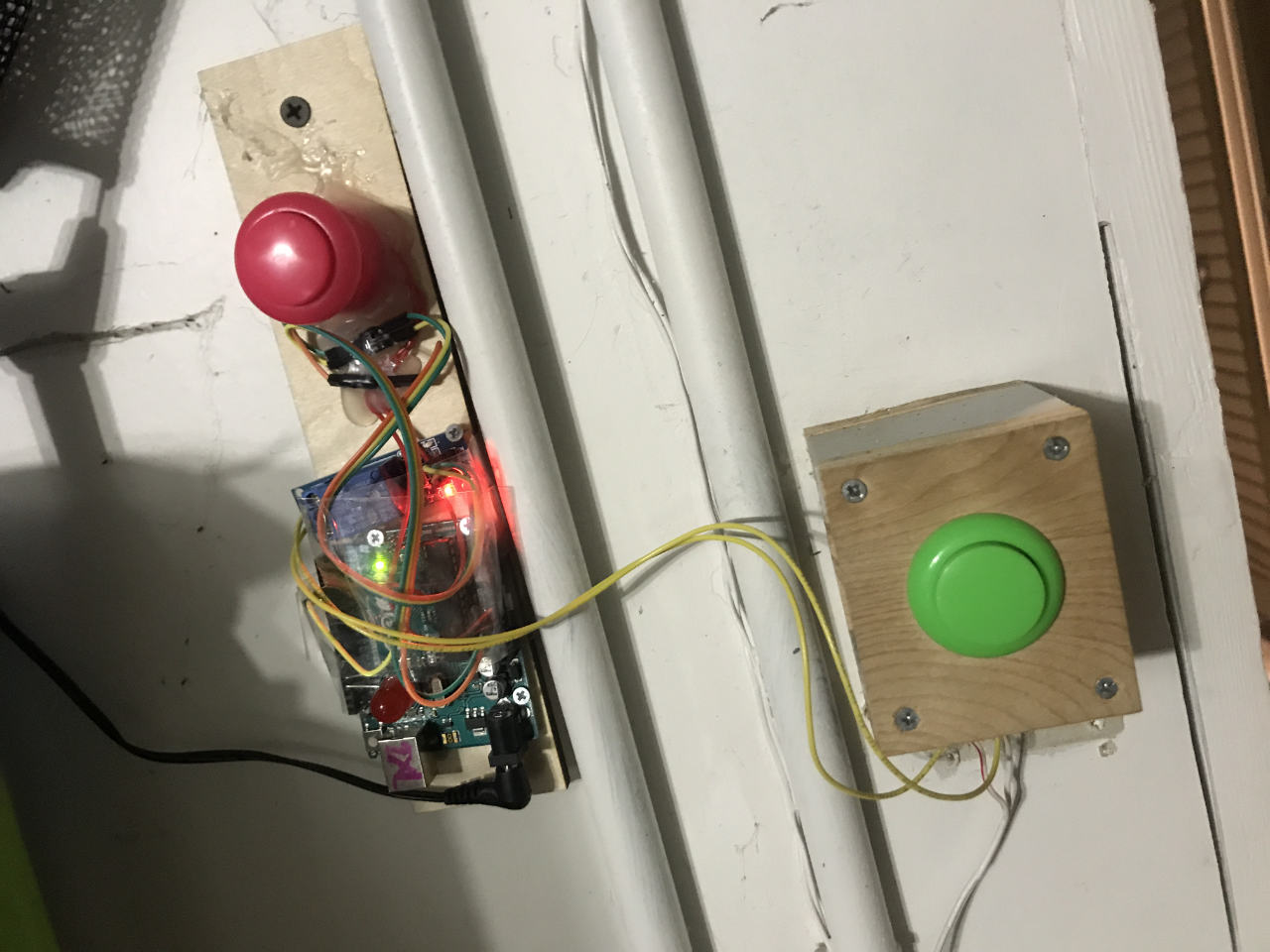 I’ve got a new garage door fix. Again. I forgot to explain the last fix, which sort of worked, well… worked fine for years I guess, but now it doesn’t. Oh, start at Garage Fix (At Last!) if you want the back story… The short version is, with a combination of sunlight, snow, and a specific time of day, the garage door will not close due to the electric eye being affected by light from outside the garage. 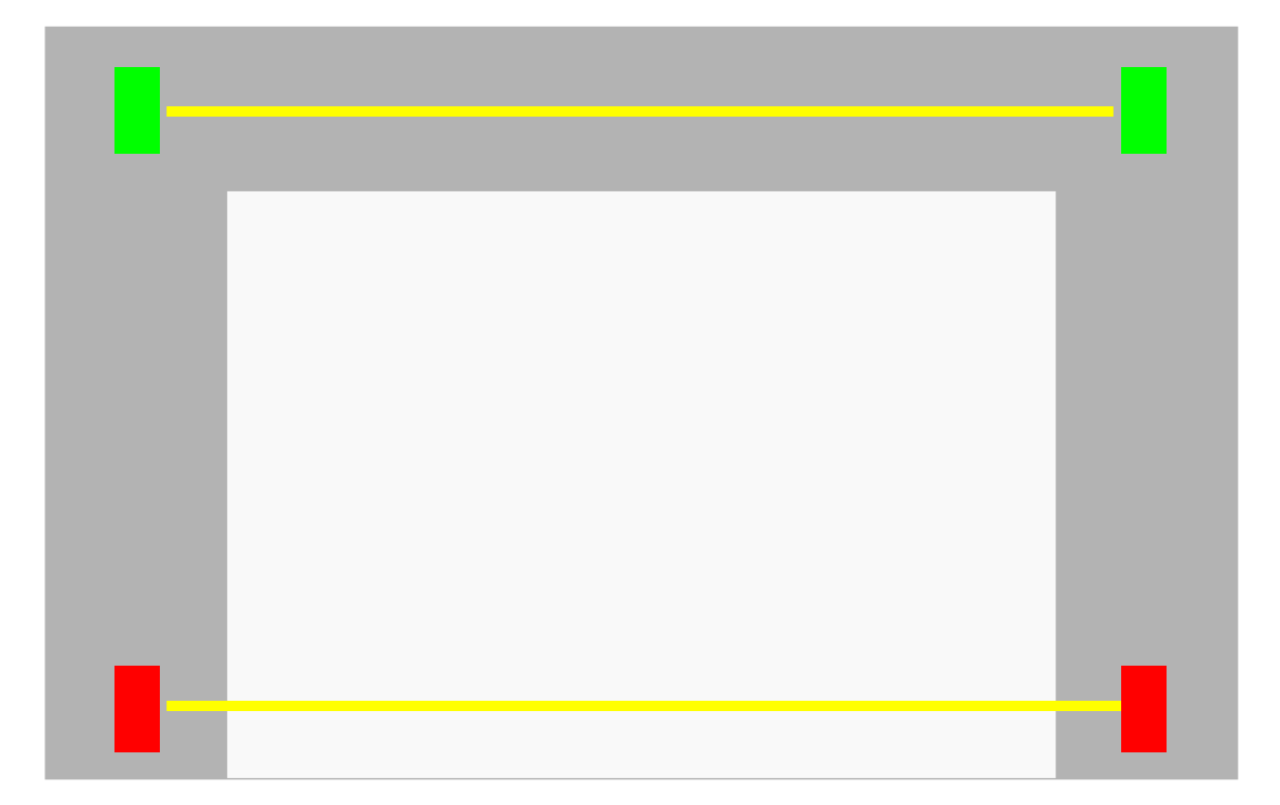 After the first repair (mentioned in the blog post linked above) it didn’t quite do it so I ended up moving the electric eye sensors to the top of the garage. The illustration above is a view from inside the garage looking out, with the door open. The red sensors are the old location, and the green sensors are where I moved them to. I also ended up making a flag below the sensor because this solution also did not always work. Arrrgghhhh. Oh, I should mention that the sensors where they are will never detect a child running under the door, but the alley kids are all six years older now, so they should know better. ;p

So these fixes worked pretty well (for years actually) until last week, so on to another.

I realized that if you pressed the garage door button (which I replaced years ago with a green arcade button) the door would start to close, then when light bounced off the door and hit the sensor it would stop and reopen. I also realized that if I pressed and held the button, it would close!

Well that’s easy! All we need is a way to press and hold the button for as long as it takes to close the door. While it was -0 degrees out I prepared an Arduino and a relay, a pink arcade button, a chunk of wood, found a 12 volt power supply, and hot glued it all together. I wrote some code that would close the relay 5 seconds after the button was pressed and then open the relay 30 seconds later.

This is one of the ugliest builds I’ve done it a while! As mentioned, I literally threw this together as quickly as possible. I did not design anything, did not build an enclosure, didn’t make labels… nothing. I drilled a hole in the wood and screwed it into the drywall and wired it in parallel with the existing button which usually works to close the door.

Obviously the next step is to design an enclosure, add proper labels, rewrite the code, add status and indicator lights, probably a 7 segment display with a countdown… and then hey, might as well use an ESP32 so I can add remote control via WiFi. Oh, I should probably also add a sensor to check if the door is opened or closed. And also a status web page I can then check with a service running locally on the network, tied into Pushover to send me alerts. Ah, plus a real time clock module so I know when things happen in case I need to correlate times with the security camera.

I expect to have the new version done within 18 to 24 months.