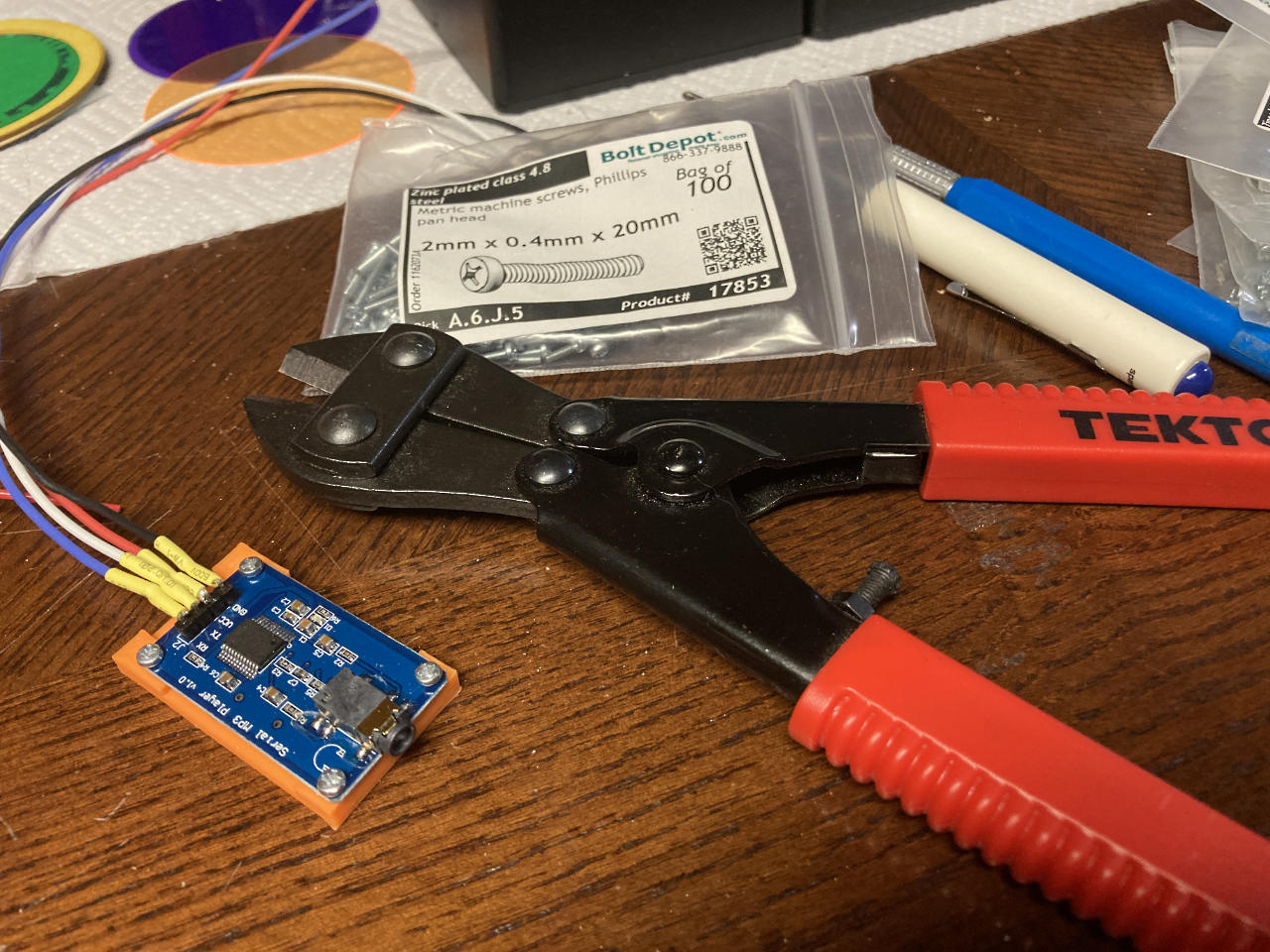 I’ve mentioned this before, but I tend to get all my metric hardware from Bolt Depot. I’ve got a good collection of bolts, mainly 3mm, 2.5mm, and 2mm, that I use for electronics projects. I tend to get a bunch of different lengths and go for higher quantities on the more common sizes I use. This means I often don’t have a ton of really short bolts. 10mm or 12mm in length, I’ve got… 4mm to 6mm, not so much.

So last year while planning for a project that needed less than 40 really short 2mm bolts I thought about placing an order for more hardware, but realized that getting what I needed (which I probably wouldn’t use for anything else) was quite expensive when shipping was factored into the cost, so instead I got a bolt cutter! 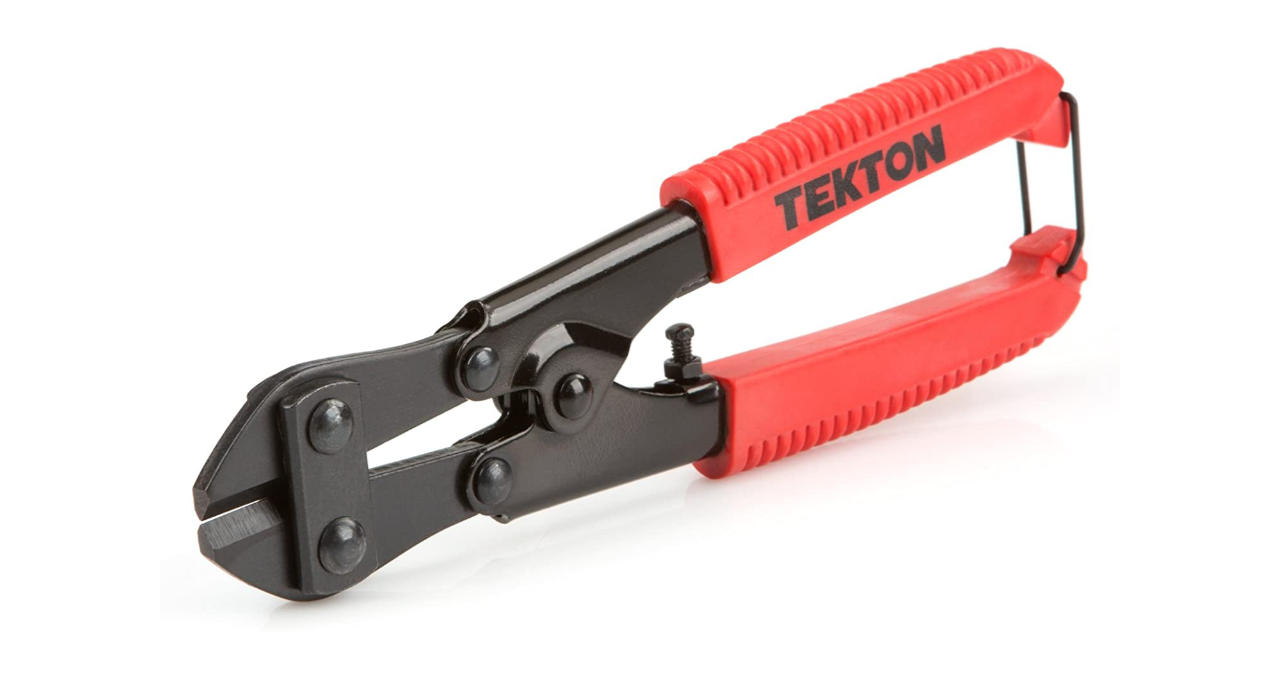 I grabbed this TEKTON 8 Inch Bolt Cutter and it’s been super handy for making shorter bolts out of the 20mm bolts I rarely use. The description says “Cuts bolts, chain, threaded rod, and heavy gauge wire up to 3/16 in. diameter”. Conversion maths says that 3/16″ equals 4.7625mm. I’ve only used this to cut bolts 3mm or smaller in diameter and honestly even the 3mm is a little tough. But 2mm/2.5mm is just right.

Right now the 8″ cutter is $13 and the 12″ cutter is $32. I’d suggest getting the 12″ if you are okay spending that much and want to cut bolts larger than 3mm in diameter, but for the smaller stuff these 8″ cutter works well. If I’m screwing the bolt into a 3D printed part I don’t even bother fixing up the threads, as they just need to bite into the plastic. If you’re attaching a nut you’ll want to thread one one or more nuts up to the head of the bolt before you cut so you can unscrew them and clean up the threads a bit. (I’m pretty sure I learned that trick from Frankie Flood.)