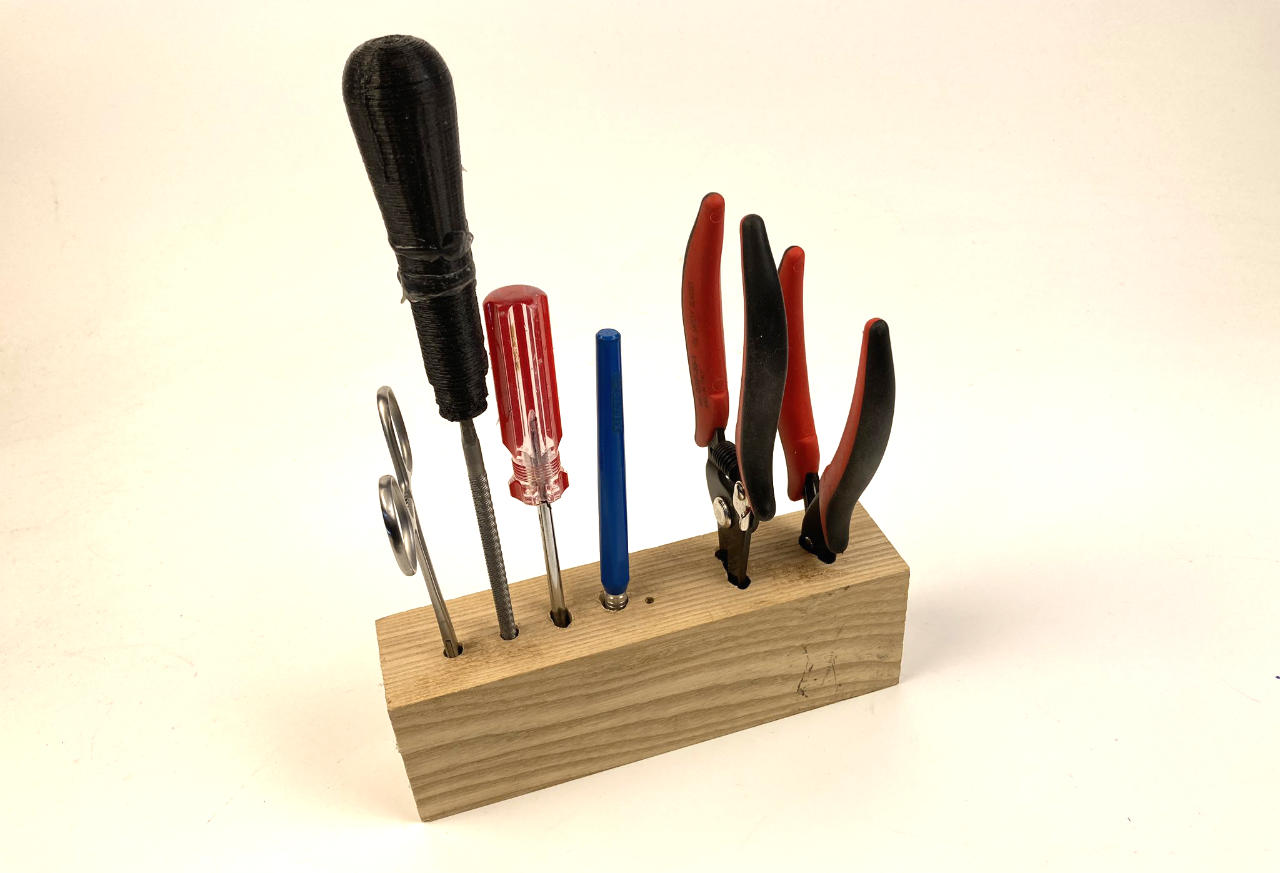 Back in February I got sick of the tools I use most at my soldering desk just lying in a pile and decided to do something about it. I grabbed a block of wood and started drilling holes so I could place tools into it standing straight up. This would make them easy to grab and hopefully easy to put back… in the same place each time. The block of wood has worked well enough, but more than once I’ve wanted to change the order of the tools, and I can’t easily do that since each hole is customized for the tool it holds.

It was also a fun time creating the holes for the wire cutters and wire strippers since the holes are sort of oblong. I actually did pretty good for freestyle drilling on those. At the time I also imagined a modular system for this, and a month later I found a dovetail library for OpenSCAD and started messing around with it. I could not get a good dovetail joint to print though, so I gave up for a while. 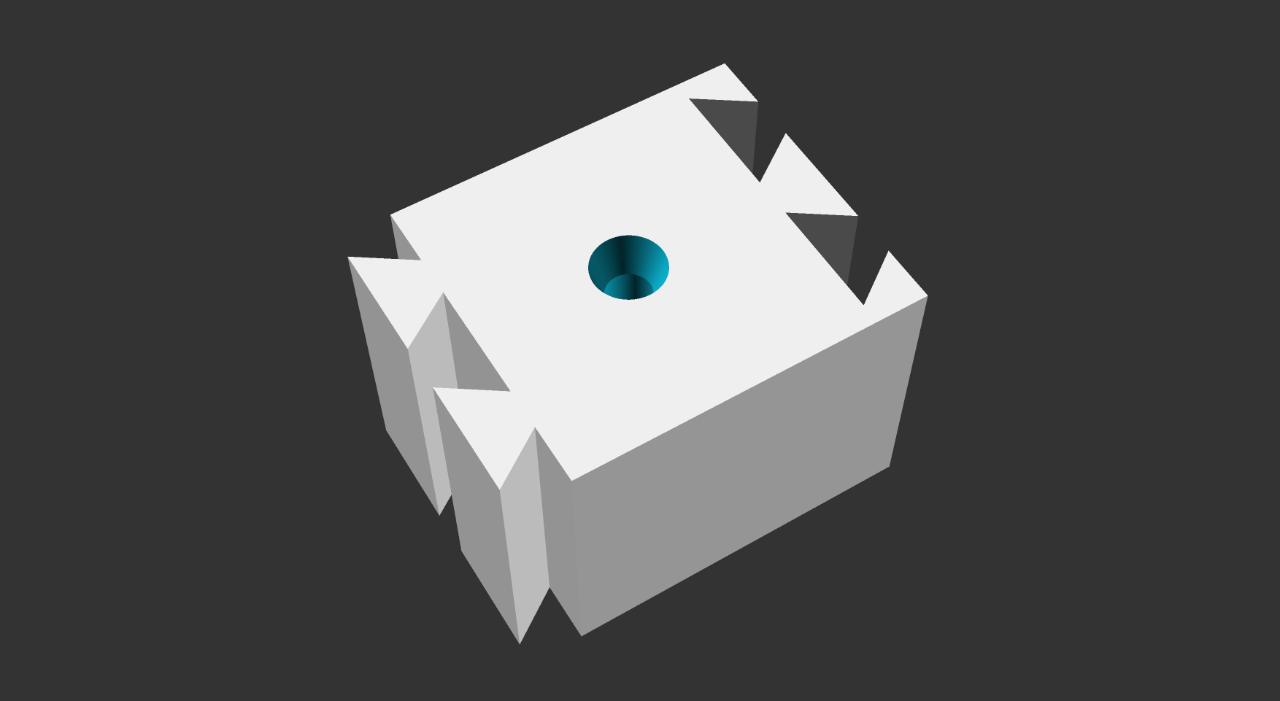 A few more months past (hey, I got busy) and instead of printing the dovetails on the old Maker Select Plus I tried on the Prusa MINI+ and wow, things fit perfectly! Well, after a few tests prints to determine the exact Teeth_clearance to use. Once I had that, Bob was my uncle! 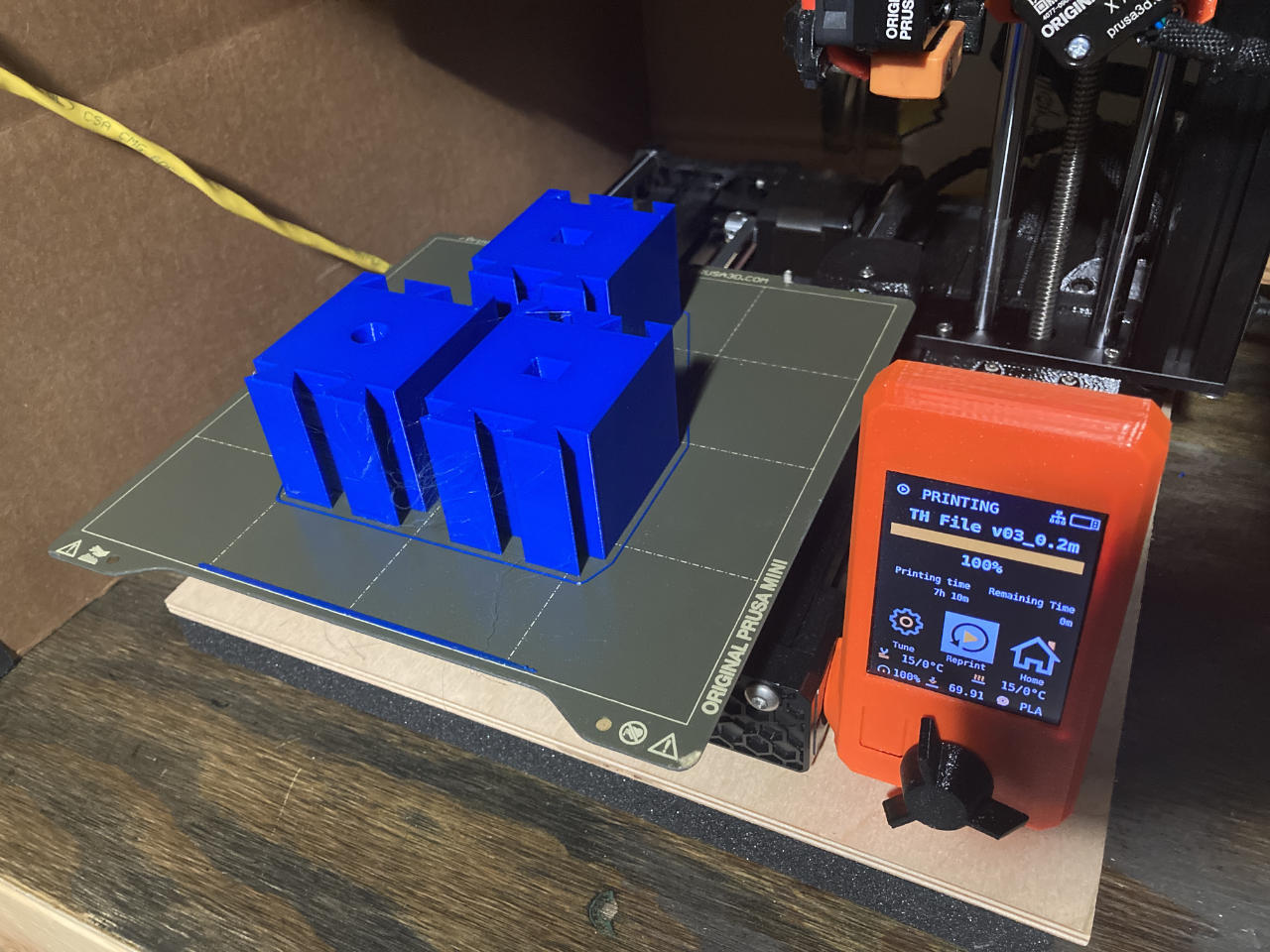 Here’s the first successful attempt. The pieces fit together well. Not super-tight, but not too loose. A small strip of tape on the bottom of the blocks would work well to hold them all together as one piece, with the ability to easily take apart and reconfigure. (The first dovetail attempts required a hammer to assemble and could not be disassembled!)

I’m still considering this prototyping, and I may tweak things a bit more before the final version… When I have something final I’ll post it here. My first thought on this version is to make the blocks a little smaller so the tools are spaced together a bit tighter. This should save a bit of desk space as well. 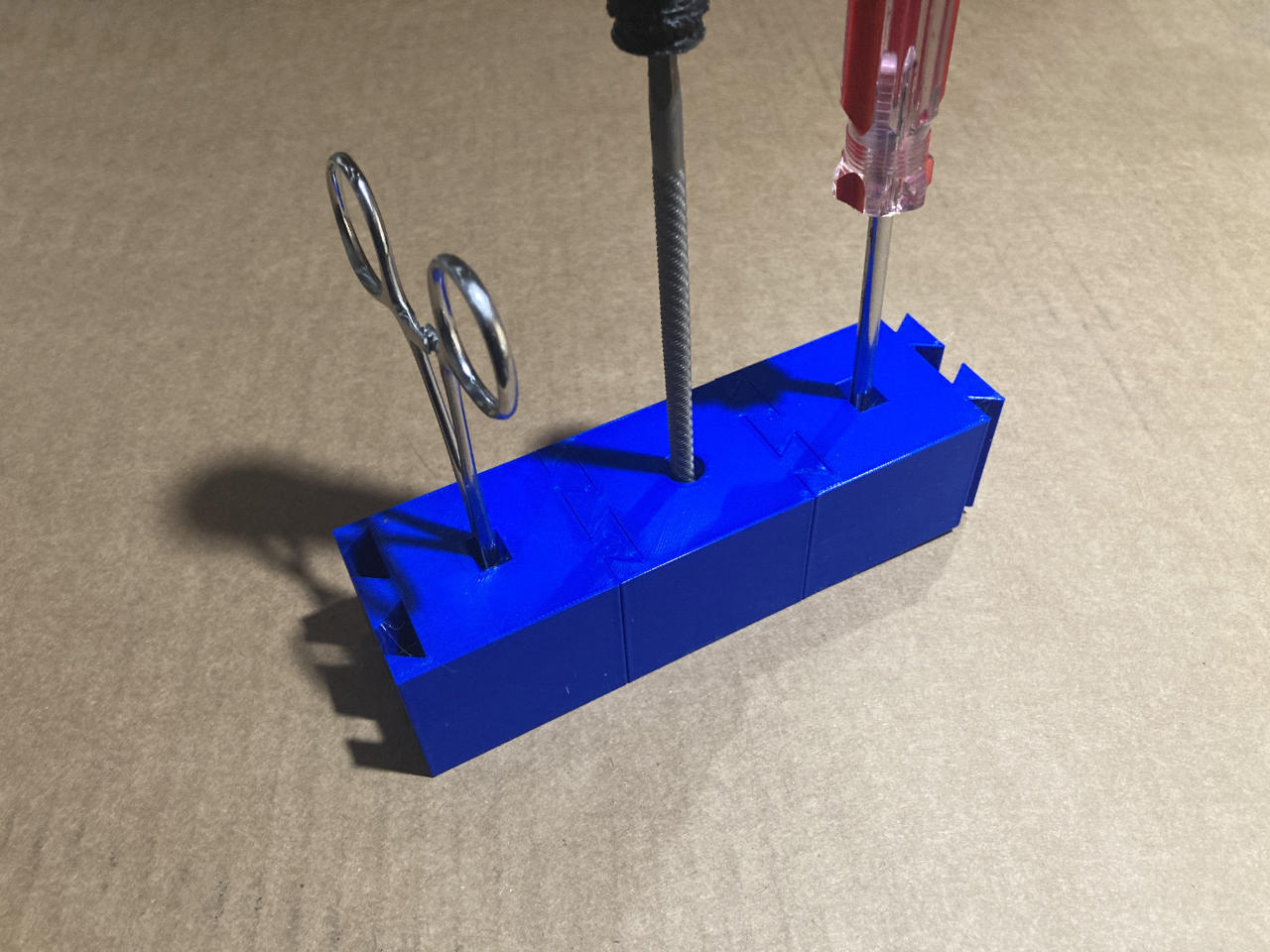