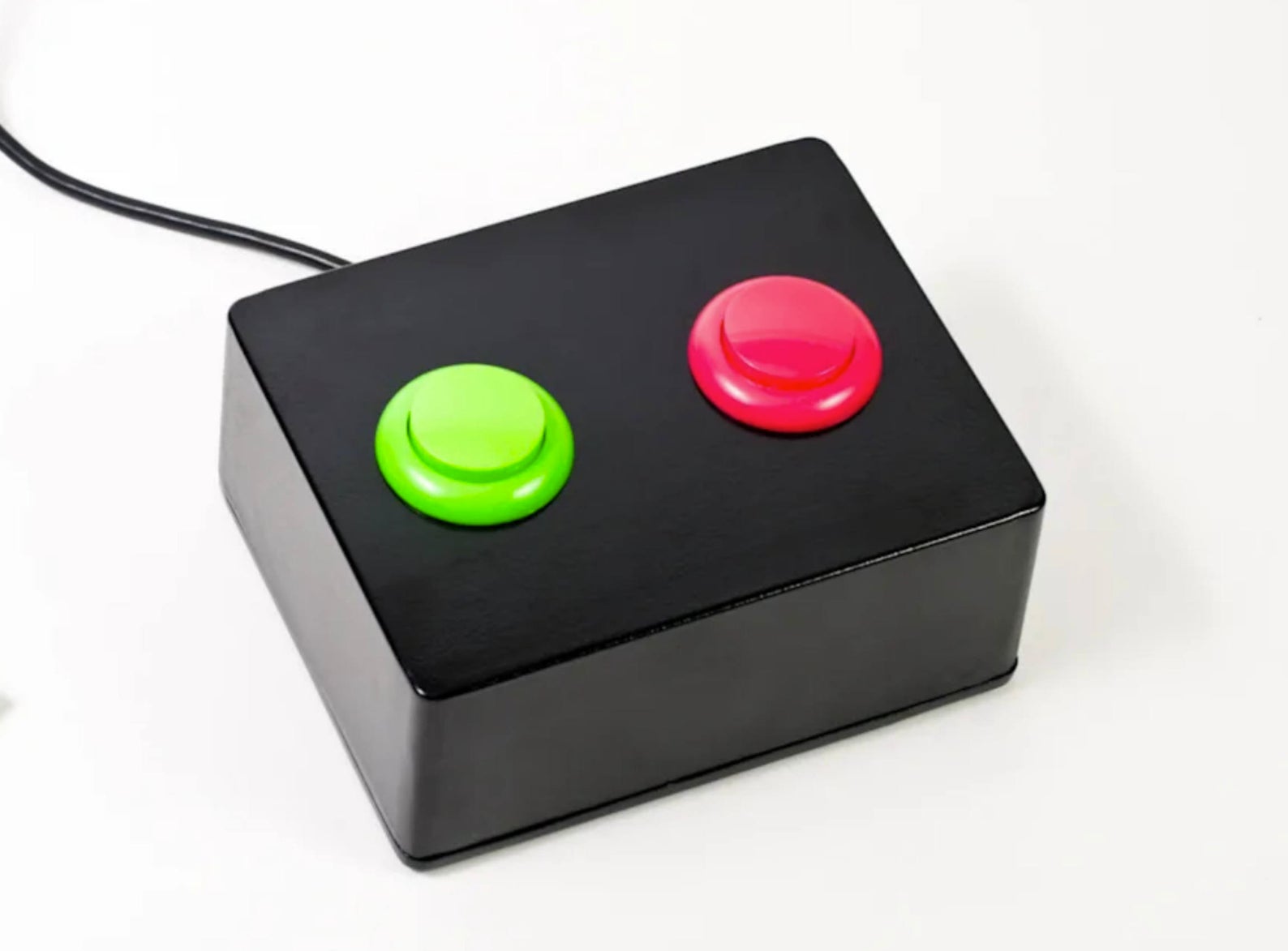 As you may know, I sell a variety of USB controllers (on Etsy and my own shop) and I accept custom orders where I work with the customer to build (and program) what they want or need. So last year someone got in touch with me and said “Your Dual Button looks great! I need it with a 2.5mm stereo jack though, and it’s going to control some [REDACTED] equipment.”

So this was not a USB controller, but they liked the form factor of my product. Well, no problem. I do custom. I got as much detail as I could about the device they had (which was not working anymore) and asked for photos. There was a resistor wired into one of the buttons, so I asked the customer to check it with a meter to get the value. He couldn’t quite figure it out, but we made some guesses based on the color bands in the photo and I came up with a solution. 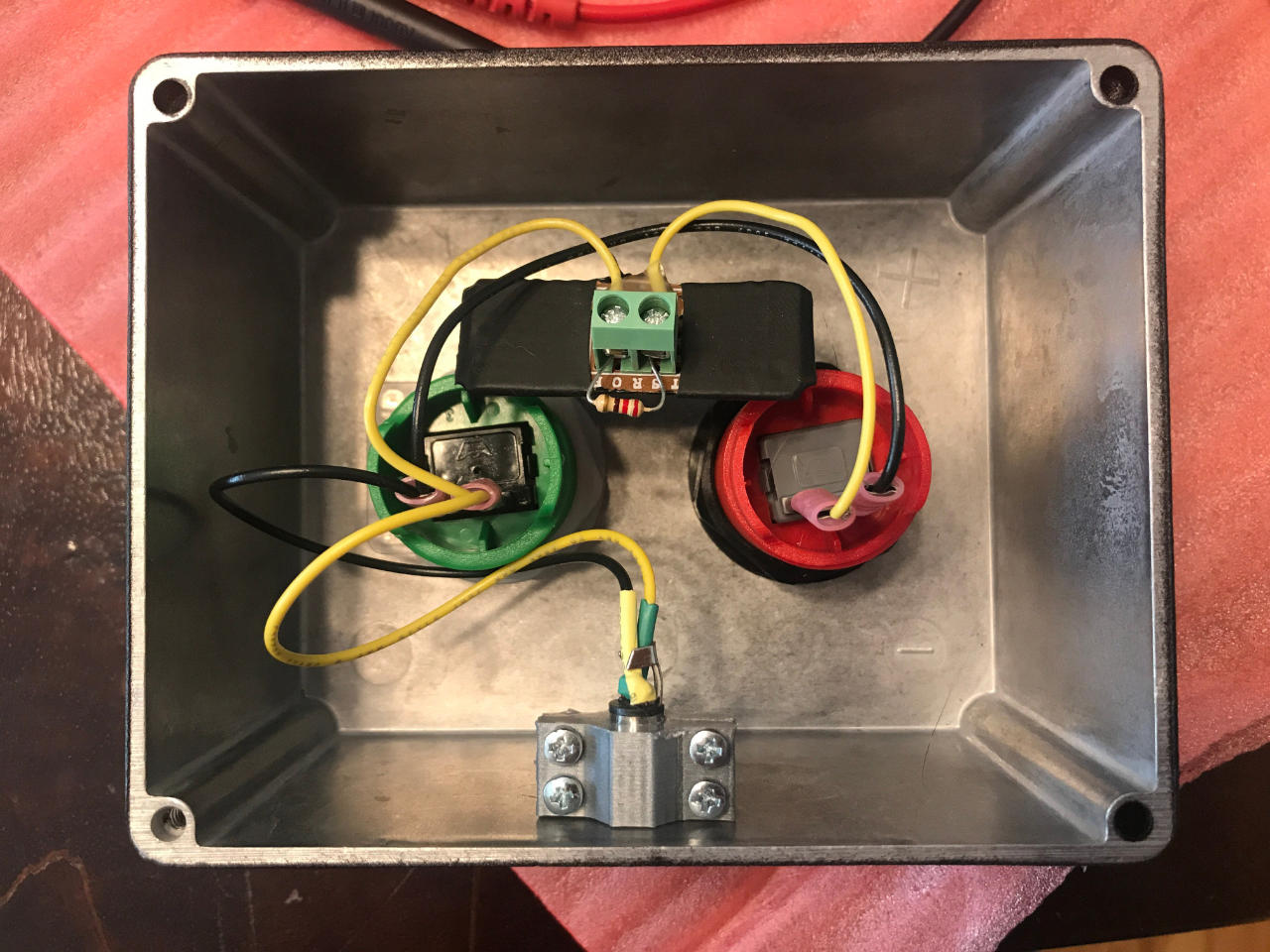 With the 2.5mm stereo jack we determined which of the TSR (Tip, Ring, Sleeve) parts were ground, and each of the buttons, and which button had the resistor on it. One button supplied full voltage and the other a lower voltage. I didn’t find out too much about the extremely expensive equipment it was connecting to, but I didn’t need to.

I came up with an easy way for the customer to swap the resistor, and even sent spares of various values in case we didn’t guess correctly. I think it worked fine with our “guess” resistor, so maybe the equipment just looks for full voltage versus a lower voltage. Who knows? I don’t work in the [REDACTED] field.

I often find these projects fun and a little challenging. I probably don’t always cover the time I put into them, but often they’re a good learning opportunity and sometimes turn into a product or repeat business. 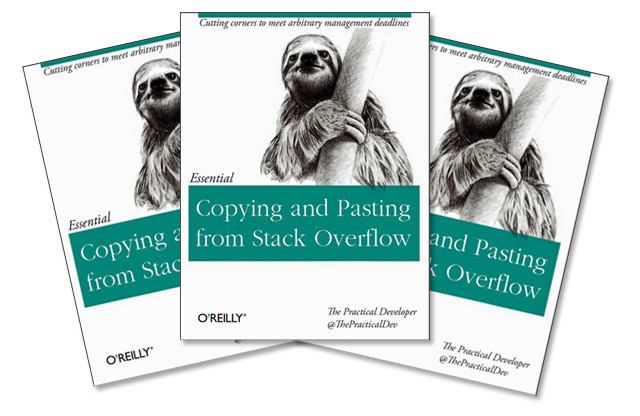 (Once again a note for myself, but if you find it useful, well, you’re welcome!)

After a PHP upgrade, I noticed at least one bit of PHP code one the server wasn’t working (the TextLinkAds plugin for WordPress) so after a bit of digging around in php.ini, I found that this line was uncommented:

Which was causing warnings to spit out when some PHP scripts were run. I commented that line, and uncommented this line instead…

…for a little bit less error reporting/warnings about things, and that fixed it.

I’m sure this is not a cure-all, as another site with the same plugin always worked fine, and was never affected, but still, I didn’t really like seeing those warnings (which I believe are harmless, but they may need investigating anyway.)