Join us Friday, November 25th, 2011 at Bucketworks in Milwaukee, Wisconsin for the 2011 Holiday Make-A-Thon!

The event is family friendly, fun, and free. (Though donations towards materials will be accepted.)

The guys from Milwaukee Makerspace will be there… so should you!

Some of the activities include:

See who else is coming (and RSVP) over on Facebook.

Those interested in helping out by volunteering, or who just want way more details, can check out this Atrium thread. 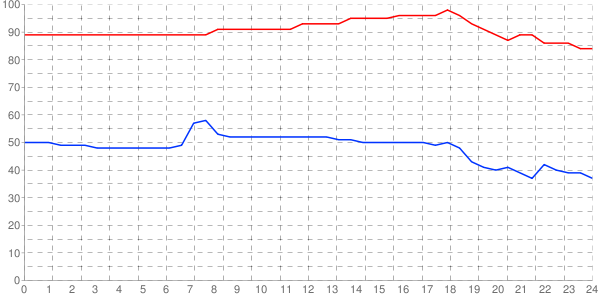 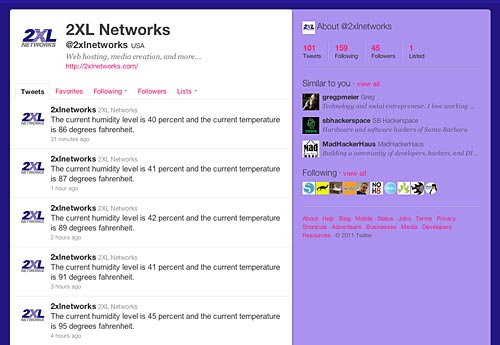 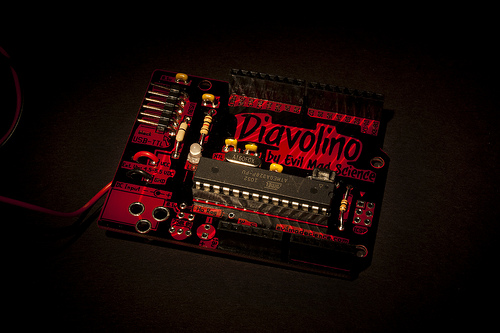 As we often do here at RasterWeb!/2XL Networks, we made a time lapse video… this one is from the Holiday Make-a-thon that was held at Bucketworks recently…

Some of thing things that were made: LED ornaments, handmade wrapping paper, recycled bags, popsicle stick ornaments, and lots and lots of art… Oh there was also knitting, and at least one maker worked on a YBox. There’s probably a lot I missed, but then I was busy making things as well. It was great to see kids and adults working side by side creating things, hopefully we can do it again.

Thanks to Bucketworks for hosting the event, as well as sponsors Milwaukee Makerspace, and UberDorkCafe.

Oh, and if you missed it, don’t worry, I hear they may be planning another one soon…

You can also see this video at blip.tv or view an MP4 version. 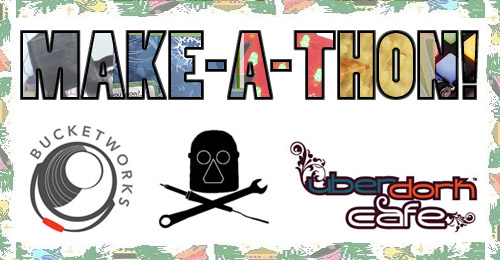 This will be a family-friendly event where you can avoid the crowds obsessed with getting the deal of the century on the latest must-have geegaw and actually make something that you can give as a gift this holiday season (or keep for yourself!)

The event is co-sponsored by Bucketworks, Milwaukee Makerspace, and UberDorkCafe. We’re asking for a $5 donation per family, and we’ll provide some snacks & drinks. (Feel free to bring something to share as well.) 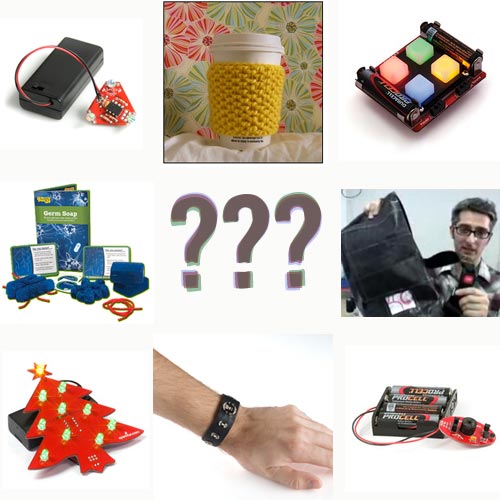 So what will you make? We’ve selected a number of electronic kits if you want to try your hand at soldering/building. (And those Makerspace guys will teach you to solder and help you along the way, so don’t be scared if this is your first electronic kit.) Choose from the following SparkFun Electronics kits: Sapphire Bracelet, Diamond Bracelet or Ruby Bracelet for $49.95, It’s a Through-Hole Christmas, Charlie Brown! for $17.95, Simon Game for $24.95, Lectro Candle Kit for $9.95, and Terror-Min for $9.95. (Order your kits NOW so you get them in time.)

If electronics isn’t your thing, you can try to knit a coffee cup cozy or a scarf with Ashe, or try your hand at making Germ Soap (from American Science & Surplus on 6901 West Oklahoma Ave.) or go green and turn plastic bags into a sturdy one-of-a-kind messenger bag with Natali from the UberDorkCafe. (See video.)

You don’t have to RSVP on The Facebook, but you can if you want… and you can see who else will be there.

(Hmmm, who knows? Maybe I can show people how to make an Arduino Powered Twitter Monkey…)

Update: See a time lapse video of the event.