Since I’ve got the RepRap I can start on some projects I’ve been meaning to tackle, one of which is printing some camera accessories. 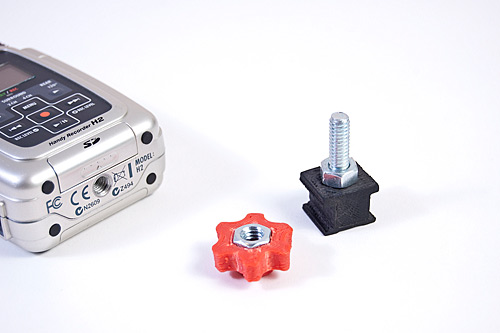 Thingiverse is full of weird combos of objects smashed together, such as the Lepus Colberus (The Colberabbit), but you can also combine individual objects in other ways.

I grabbed this 1/4-20 Thumb Screw and this Nikon DIY GPS Holder and combined them into a new thing. 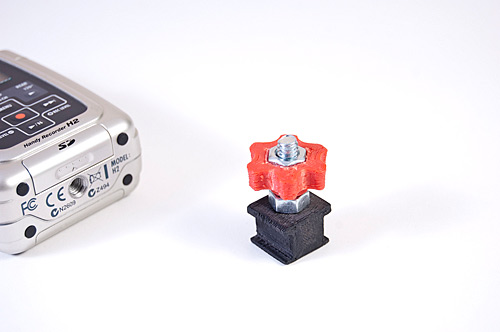 The nice thing about the “Nikon DIY GPS Holder” I printed was that I can see it being a generic part I can modify in the future. I can easily import the STL file into Google Sketchup and built on top of it. (I did find this camera mount accessory, but the assembly was a little more complex than I wanted to deal with.) It did take a little bit of work with a file to get the part to fit the hot shoe on my Nikon, but that’s probably a good thing. I got it to fit just as snug as I wanted after minimal filing and sanding. 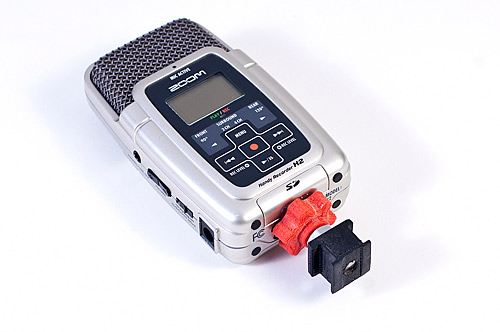 I’m still calling this one a prototype. I ended up drilling out the hole for the bolt, and I cut the head off the bolt to be able to make it all fit together. It works, but I can see some improvements for next time. (I’m also expecting better quality from the RepRap as I get better at calibrating and operating it.) 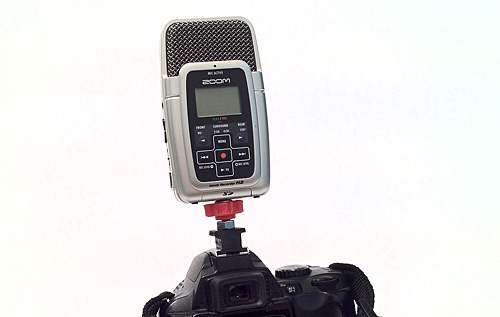 Here’s the mount on the hot shoe of my camera. I haven’t done a ton of video shooting with the Nikon D3200 yet, but I know that most DSLR microphones are not very good, and secondary audio is pretty standard, so by mounting the Zoom H2 on the camera I can get better audio, and I can also monitor the audio, which you can’t do with the Nikon D3200. (The Nikon D800 does allow you to monitor audio from the camera, but we still haven’t received ours.)

So besides two nuts and a bold, there’s probably 10 cents worth of plastic. I think this shows the power of 3D printing in making things you need. I wouldn’t have been able to make this out of wood or metal very easily, but a 3D printer and a hardware store made this a pretty trivial project.