One of the issues I’ve had with the Friday Night Drawbot is the part that holds the tool has never been very solid. In early revisions I used corrugated plastic, and would just use an X-ACTO knife to cut a hole for a Sharpie, and it would work well enough, and when the plastic wore out, I’d replace it with a new piece. (The most recent body design failed miserably at producing a good pen holder.)

Since I’ve been using other things besides Sharpies, including pencils, charcoal, paintbrushes, clay tools, etc. I decided to design a proper tool holder. 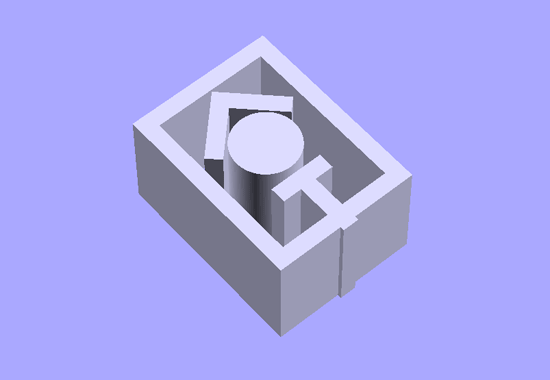 I typically use Inkscape to design laser-cut things, but often visualizing a 3D object, even if it will be made from flat pieces, can be difficult, so I decided to use OpenSCAD to model it in 3D. It definitely helped me picture how it would be assembled. I also had the idea of exporting the “plates” from OpenSCAD into DXF files I could then use for the final laser-cut design but that failed miserably. 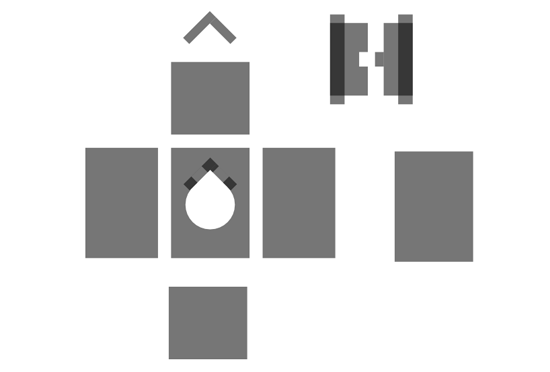 Here’s the start of my layout in Inkscape with the pieces laid flat. This let me get a good idea of the dimensions. 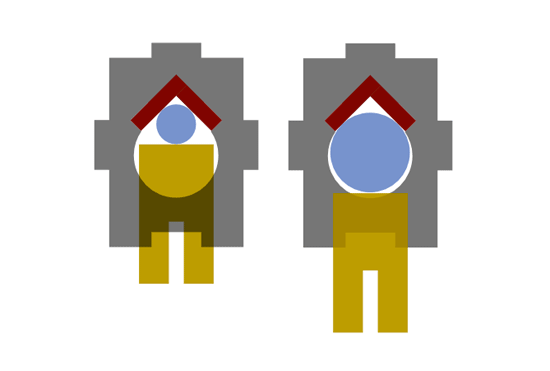 I wanted the tool holder to be adjustable, and handle tools from 8mm wide to 16mm wide. (In this top view, the blue circle represent the different sized tools, the yellow piece pushes the tool into a v-shaped piece to hold it tight.) 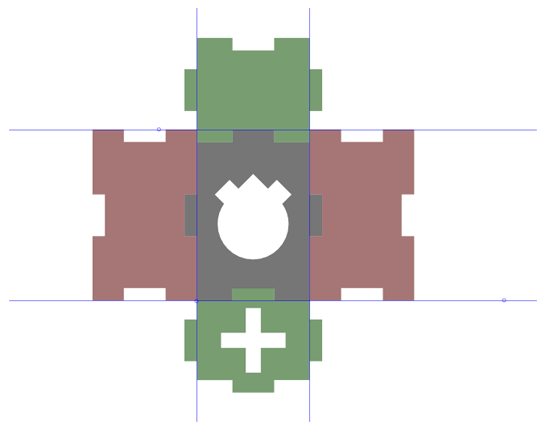 Here’s a top view of the layout with some guides to help align things. This is designed for 3mm Baltic Birch (though acrylic could be used.) The slots and tabs are all set for 3mm. There are no fasteners planned as I’ll be gluing it all together. 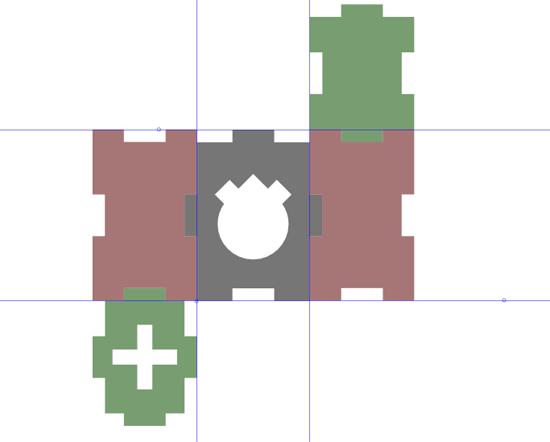 Another view from the top, this time with some pieces rotated 90 degrees to see how they will fit together. 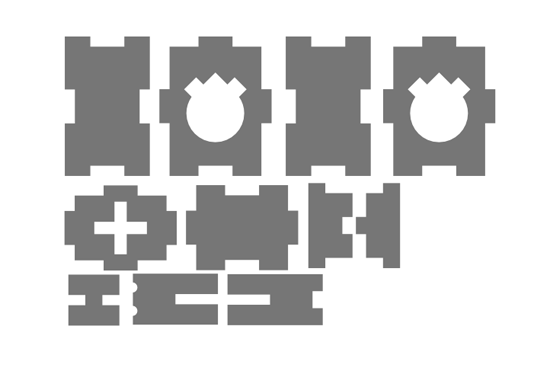 All of the pieces laid out flat and ready to be laser cut. I used 3mm Baltic Birch which worked well using the Epilog Zing 40 watt laser cutter at the DCRL. (I also ended up adding yet another laser cutting workflow to my list. I now have three different methods depending on which of the four lasers cutters I typically use.) 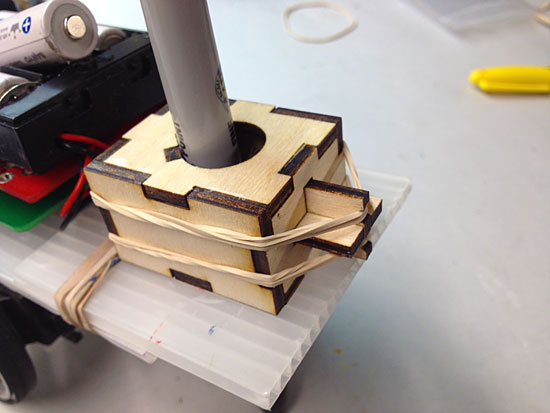 Assembled with some wood glue, and using rubber bands to hold the tool in place. It works… sort of. I’m already planning improvements, so expect version 2 to arrive by next week. I may switch to a screw mechanism for tightening, which was my original idea, as the rubber bands aren’t working as well as I hoped.