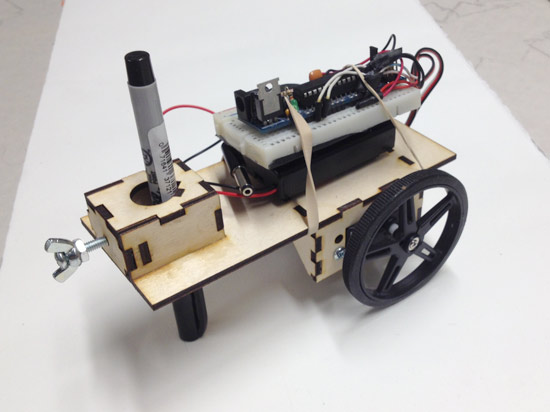 A few weeks ago I designed what I like to call “version 3.5” of my main drawbot platform. The improvements were still mainly a two dimensional design, with horizontal plates sandwiching things together. I found two main faults with this design, so I started working on improvements.

The first improvement was in the tool holder. The one with rubber bands proved to not be strong enough to hold tools in place easily. The rubber bands were a pain to work with. (They did work well enough to hold clay carving tools though, and we ran the drawbot across some slabs of clay.)

I wanted to move to a new design where a screw could be used to hold the tool. I know that the Egg-Bot uses a screw, and for the unfamiliar, it looks like this.

This is a great design, but for various reasons I chose not to attempt to copy it. Instead I borrowed some ideas… 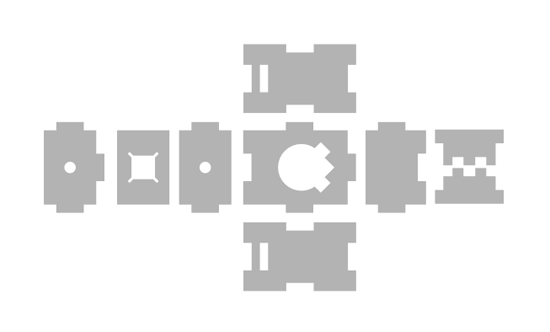 In the above image showing the parts for the tool holder you’ll see the first and third pieces have holes for the screw to go through, while the second plate has a square hole to hold the square nut between them. So far it’s working quite well, and holds things without any slipping or wobbling.

Most of the rest of the plate is similar to the previous version, with the exception that now there is no bottom plate, as this mounts directly to the body.

The previous version relied on four screws and eight hex nuts to hold the motors between two plates. This was less than ideal for a number of reasons. First, there was no good way to align the motors and tighten things up. Alignment isn’t a crucial element of the drawbot, but it’s nice to have. The second issue was structural, as the 3mm wood was flexing quite a bit. I didn’t even try acrylic, but it probably would have been worse.

The new version of the motor mount is much improved! I’m sure I’ll have an issue with some of the other servos I’m using, as they aren’t all the same size, but it should be as simple as printing two new parts with the properly sized and spaced holes. Again, there’s only three parts because this mounts to… the body! 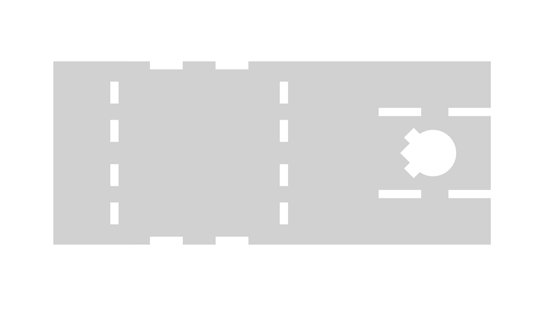 Here’s the new body platform. It’s got all sorts of mounting slots and such. The tool holder gets assembled and then attached to the body. (The “assembly” involves a lot of wood glue at this point.) The motor mounts are glued into place on the body as well. It’s nice finally having things rigid and not held together with hot glue and rubber bands. (Well, some things.)

At this point I’ve basically got a (semi-) generic platform with no specifics on electronics or components. You can fit any number of controllers and battery packs on it. That will probably change in the future as I choose the parts I plan to use.

On to the next revision!