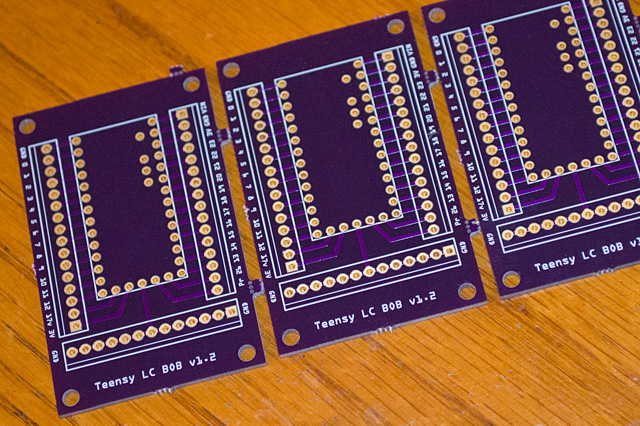 Woohoo! My new boards came in from OSH Park. The Teensy LC BOB v1.2 looks good! It’s purple, it has labels, it has places to put screw terminals and holes for mounting… There’s even a version number now. 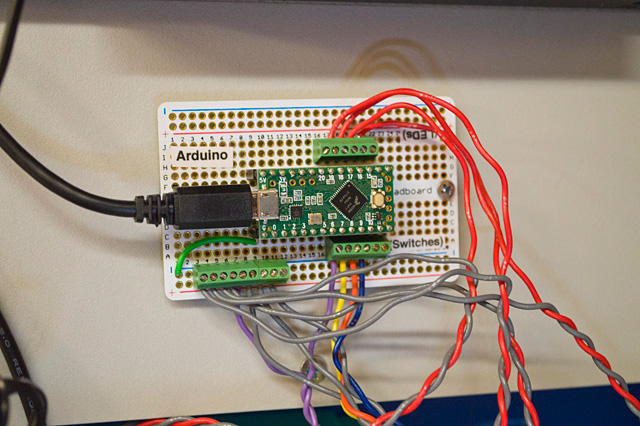 If you saw my previous post, I mentioned how I was doing things, which looked a bit like the photo above. There’s nothing wrong with this, but I wanted it a bit cleaner, hence the Teensy LC BOB PCB. 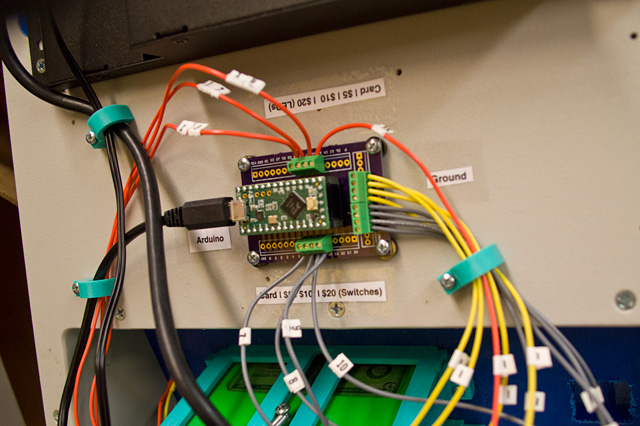 Here’s a photo of one of the v1.1 boards in an interactive museum exhibit. I had to drill the holes a bit larger to get it mounted, which is the reason the new version is v1.2.

I’m still not totally sure about the pin I labeled “17v” as it could be mistaken as “17 volts” but it’s really “pin 17 at Vin voltage”. This means the thing labeled “17v” will be whatever your input voltage is… and if you plan on using Neopixels, it should probably be 5 volts. I’ll assume users can read about the Teensy LC and figure it out. 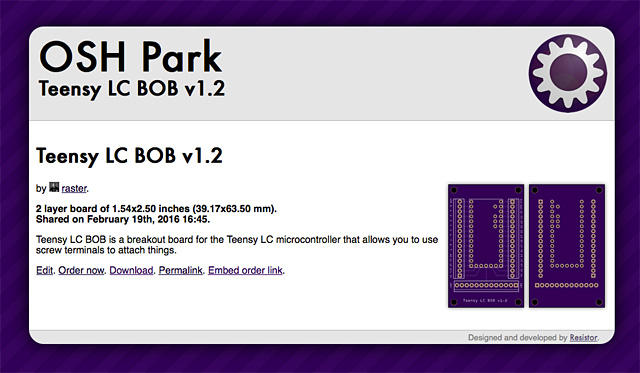 And hey, you can order this PCB now! Get it from OSH Park. It’s shared publicly on the site. There doesn’t seem to be a way to set a license on OSH Park, but I’d consider it Open Source Hardware. If I had known how to add the OSHW logo, I would have. (Of course the Teensy itself is not open-source, but hey, not everything can be. It is a great piece of hardware, though!)

Note: The needed screw terminals are 2.54mm pitch, so these or these will work.