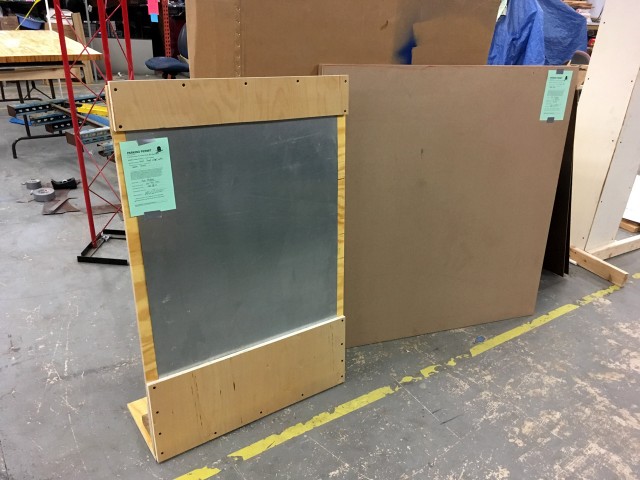 I got quite a bit done for my Star-Blinken project last week. I started by throwing a bunch of scrap wood I had in the garage into the car to take to Milwaukee Makerspace to build into some sort of stand to hold the 36″ x 29″ piece of steel.

I didn’t really have a plan for building, which is a way I occasionally like to work, just a big pile of raw materials and the appropriate tools. Another member, Kyle, said that he had a bunch of scrap wood to unload from his vehicle, so I helped him do that, and then ended up using the wood he brought instead of any of my wood. I did end up grabbing a piece from the scrap pile in the Wood Shop, but besides a box of screws I bought, the entire stand was built from scrap at the space. 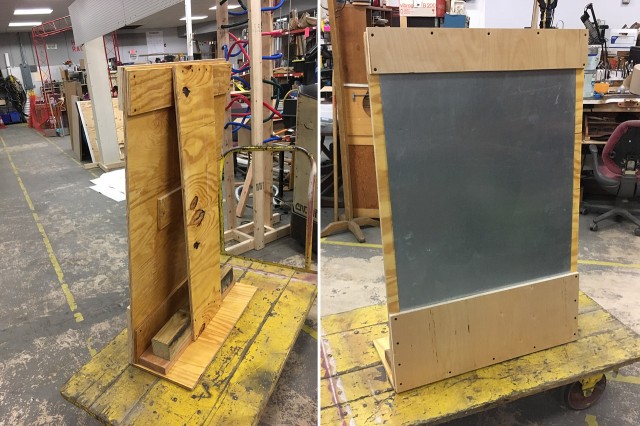 The stand ended up being very heavy, and I had to get it on a cart to easily move it around the space. I still need to add the star to the metal so we can fill in the LEDs. I’m hoping to have the preparation for this project done by the end of the week, though we can’t add the LEDs until the evening of Thursday, September 22nd, 2016. I’ve been experimenting a bit with the LEDs to checking the blinking rate, and I think it’s going to look awesome when all lit up!

And of course if you want to see the final product, come to Maker Faire Milwaukee on September 24th & September 25th, 2016.