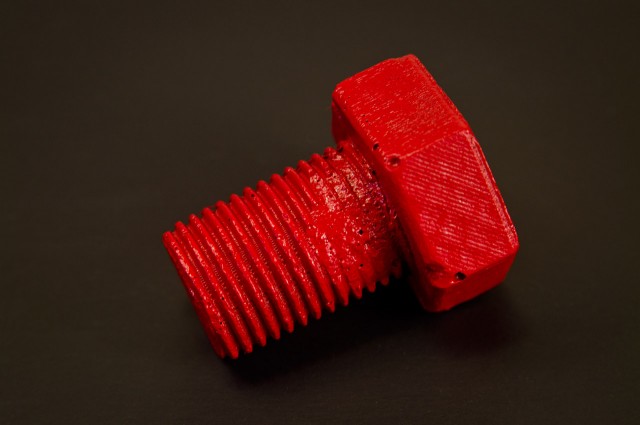 I made a plaster bolt and painted it red. Sometimes I do things in the “wrong” way so I can see why it’s the wrong way and to see if it might work doing it the “wrong” way. Also, I like a challenge. 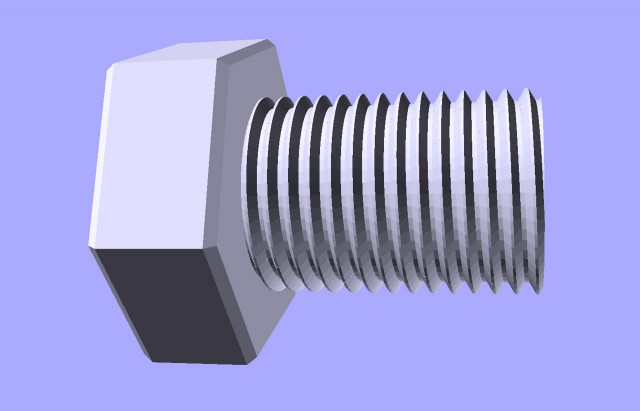 I started by using OpenSCAD and the thread-drawing modules for OpenSCAD and created a Metric bolt. I added the bolt head and rounded the edges just a bit. 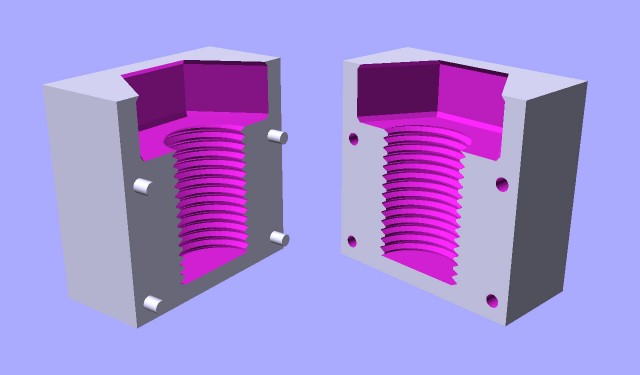 Once I had my bolt I used it to create the two part mold by doing a difference into a block, and then cutting the block into two pieces. I also added some alignment holes and pegs. (And I managed to forget to make the holes a bit larger than the pegs, but a drill bit fixed that easily enough.) 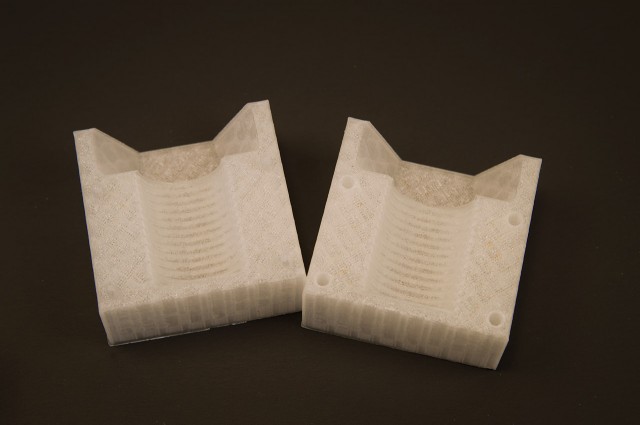 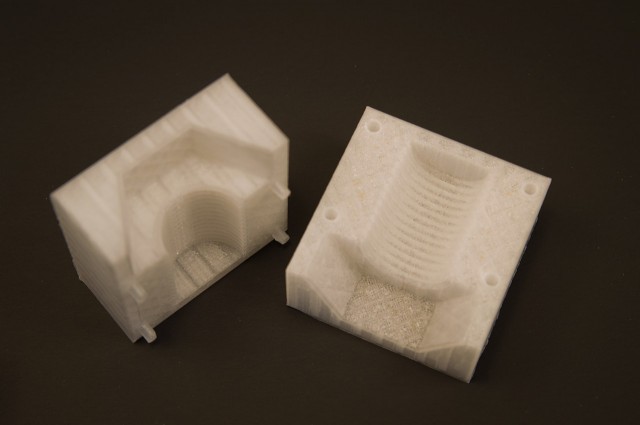 Here’s what my mold looked like printed in ABS plastic. Yes, I should have used a flexible filament for this so I could demold the cast, but I didn’t. Again, wrong, experimenting, etc. (I’ve got some flexible filament on order, so we’ll see how that goes.) 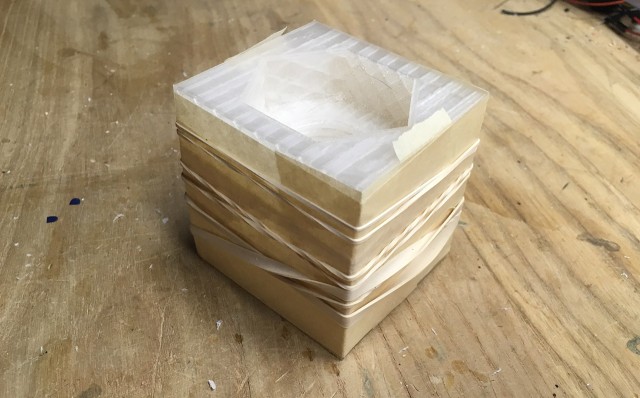 I taped up the mold and added some rubber bands to hold it all together. Somehow I missed getting a photo of the wet plaster, but I just poured/shoved it into the top and leveled it off… 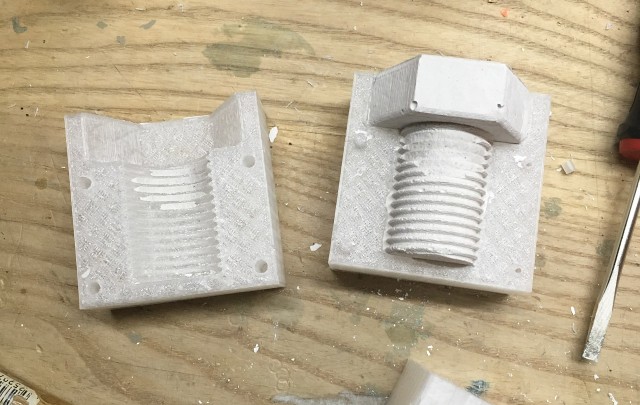 Here’s the result after letting it dry for a few days. Oh, I didn’t have any proper mold release, or any good substitutes so I used some silicone spray. I don’t know if it worked that well. You can see some of the threads broke off. To be honest I was expecting much worse! It was totally stuck in the other half of the mold though, and I didn’t want to force it… 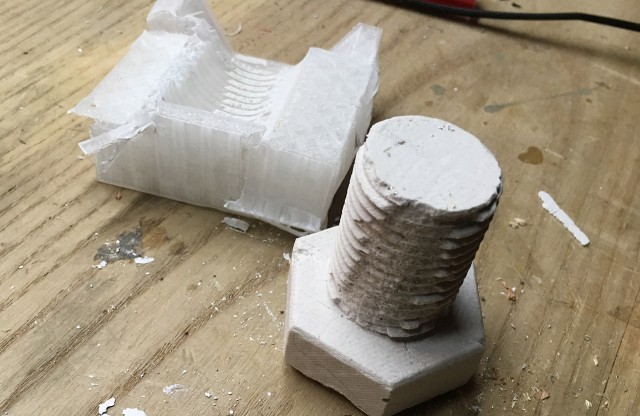 …so I ended up putting the mold into a bench vise and crushing it until it released the bolt. I know, in theory you should be able to use a mold more than once. But maybe part of the beauty of 3D printing it is that it’s low cost compared to silicone molds. I’m also thinking that a 3 or 4 part mold might be the way to go, rather than just two parts. At least for something like this. 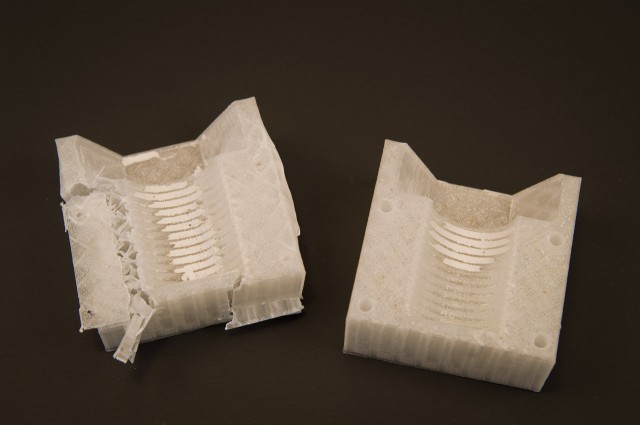 I think I could still use one side of the mold, so it wasn’t a total loss. (More like a 50% loss, which isn’t too bad for this experiment.) Enjoy the photos below. This is, of course, and art object, and not a functional bolt. I like the way it turned out, and I plan on doing more weird experiments like this. (By the way, it’s about 60mm long.) 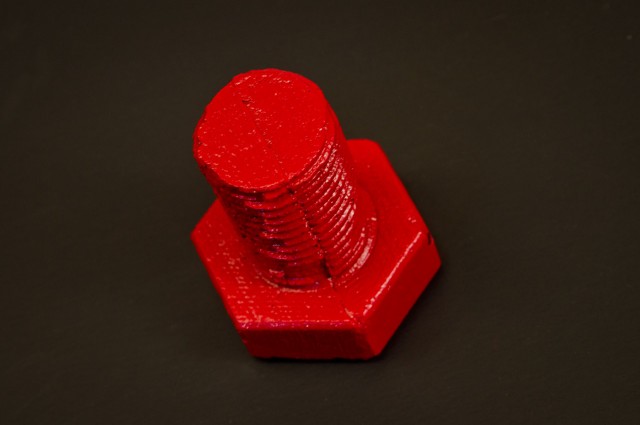 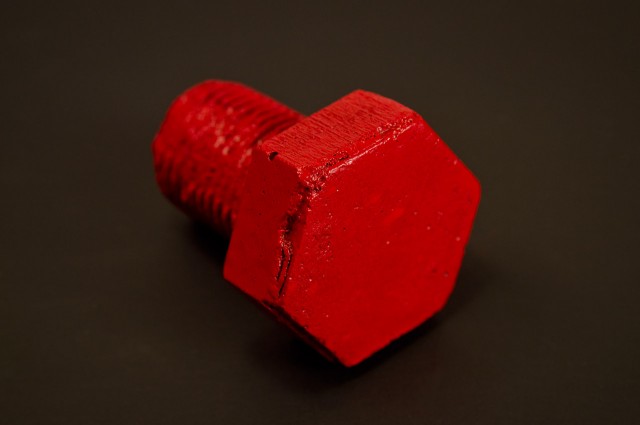 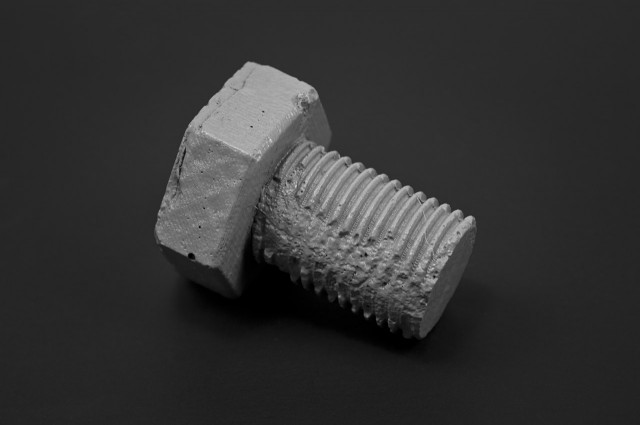 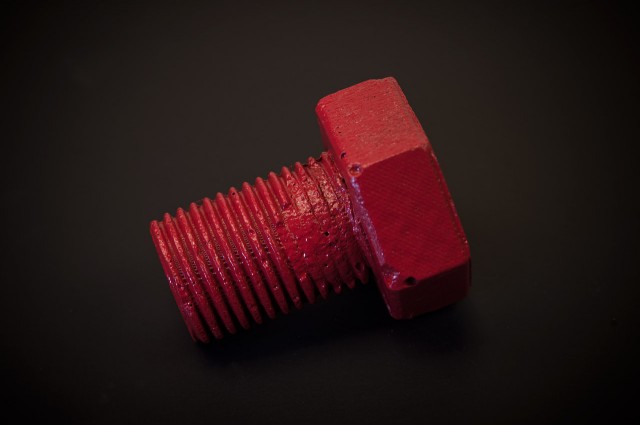 See Also: Fail Of The Week: Casting A Bolt In A 3D-Printed Mold