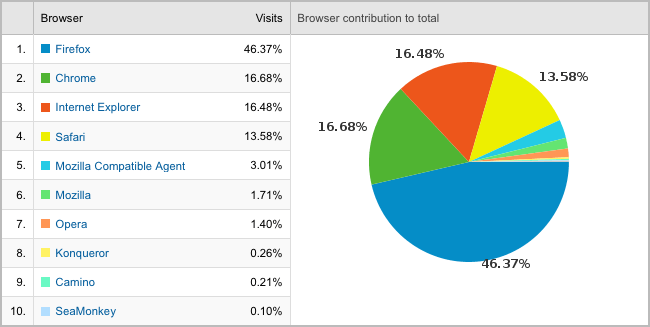 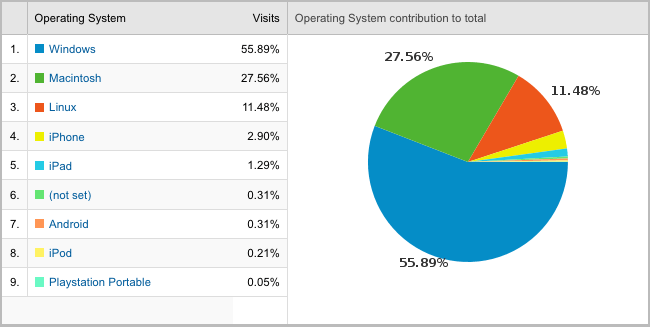 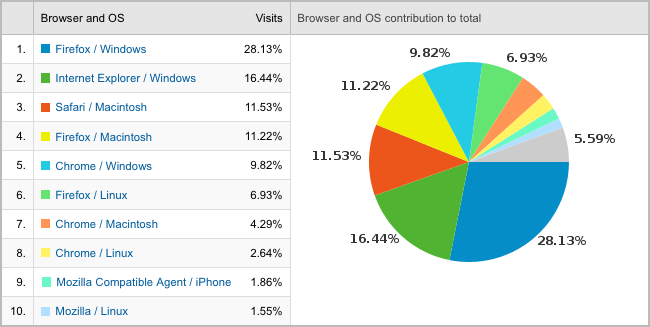 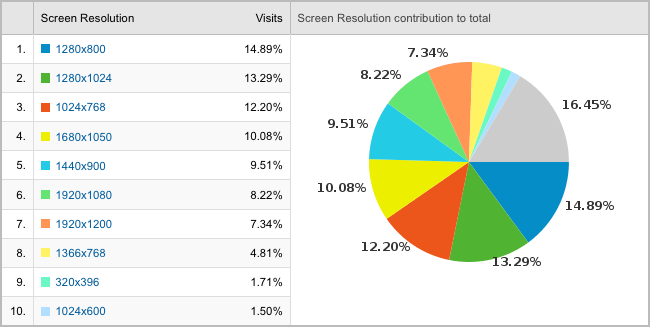 We IE/Windows users love your site!

I appreciate you sharing your stats, especially the screen resolution ones. It actually is going to come in really handy for something I am working on!

I was curious how multi-monitors are handled with the various browsers.

I haven’t used Firefox in about a year, and don’t have it installed anymore, wonder what model it follows for reporting resolution?

Chad, good question! I’ll need to dig up some of my code and see what I can find out as far as resolution reporting…