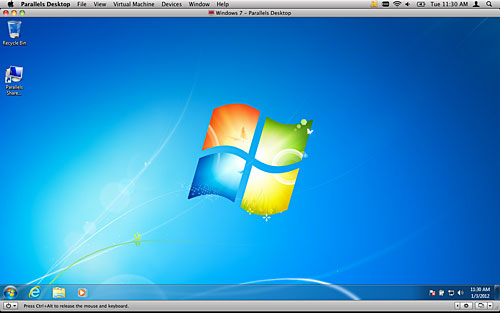 thats not much of a review of Windows 7. its more just a lengthy statement that it doesn’t matter how good a version of windows it is, you still won’t like it. I could probably plagarize 80% of this, switch most instances of “Windows” to “Mac OS” and vice versa, and you’d have my opinion of the mac platform. If most of what you’re doing in Windows is browser testing, sure, you’re not going to notice much difference between versions of windows at all. and one can (with puTTY) ssh into a linux machine just as easily on a windows machine, as on any other platform.

If you prefer a bike, and don’t like the idea of wheels on shoes, you arent going to like rollerblades any better than traditional skates.

Luke, I did clearly state I didn’t like Windows. But yeah, I probably forgot to add the “humor” tag to this one.

As for puTTY, I’ve used it on Windows, but the fact that Windows doesn’t have a UNIXy command line of it’s own, and doesn’t even have SSH built in as Linux and Mac OS X do is another strike against it.

Interesting review…
Im still stocked in windows because of the the nature of my work. However I would really migrate to Linux (ubuntu) if there is a chance.