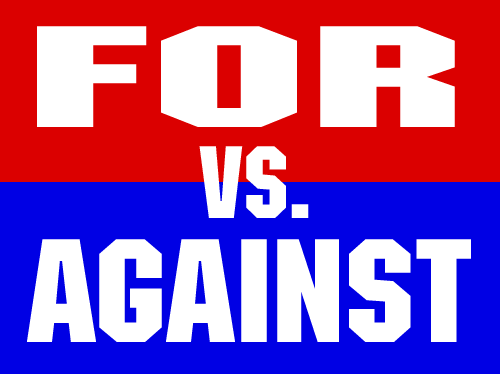 I’m considering creating a web site to demonstrate how messed up America’s political system is… Anyone wanna help?

And here’s where that came from… I was listening to public radio and there was talk about how many of the people voting in the presidential election will be casting their vote against a candidate as much as they will for a candidate.

For most of my adult life I’ve taken the position that choosing an elected official is an exercise in choosing between the lesser of two evils. I’m not sure if this idea is right or wrong, but I wonder if we can prove it, so here’s an idea.

Let’s ask people to tell us if they voted for a candidate, or against a candidate.

I don’t care who you voted for, I’m more interested in if you really truly support the person you vote for, or if you’re just voting against the other guy. If we find out that the vast majority of people are actually voting against someone rather than for someone, then the system is broken.

How do we implement this? Here’s a few ideas…

Twitter
I’m sure we could come up with some hashtags like #votefor and #voteagainst and attempt to get people to use them. This is a low barrier to entry idea, and it could work. (Though it does restrict the data to just those with Twitter accounts.)

Text Messaging
Utilizing Twilio it would probably be fairly trivial to build an application to allow people to text their for/against status. They could even submit right at the polling place. You could have people sign up ahead of time to be reminded/asked on election night. (There would be some cost involved with this idea. Text messaging is cheap, but it ain’t free.)

Website
The whole thing could just be done as a web site, which would require registration/login and all the fun of building a site that is easy for people to sign up for, and use, and all that jazz. It’s doable, but it’s also (probably) more work than the other ideas. (The text messaging idea would still need a web site, but probably a less complicated site.)

The problems:
I see a few problems with the idea. The first would be adopting widespread use of it. Each of the three solutions I mentioned above have their own pros/cons, but they all rely on technology to submit data. Some voters aren’t big into technology. This could be solved by having people ask others if they voted for or against and then compiling the info. (Remember, we don’t care who you voted for, just if you voted for someone or against someone.) Have people ask other people could expand the sample beyond just the tech-savvy folks who use Twitter, mobile phones, and the Internet. (We’d like to think that’s everyone, but I’m not sure it is.)

Another problem would be determining what it means to vote for or against. Can it be expressed in binary like that? Do we need a sliding scale, or percentages? My first though is that such an idea would just complicate things. Every vote for someone is a vote against someone else, and vise versa, so at some point people just need to decide yay or nay.

Anyway, that’s my idea, and I don’t know if it’s original or not, but I’m sharing it, and really hope that someone runs with it, and does something with it, and by November I’m letting you know if I voted for someone or against someone.

2 replies on “For vs. Against”

I’m wondering about this phenomenon and the difference between primary elections and general elections. In a primary election, I tend to vote ‘for’ someone, since most of the candidates are all on the same basic party platform and aren’t going to support something that tends to be a make-or-break issue for me. In other words, in primaries, it comes down to finer details since I support the general stance of all the candidates in my chosen party. In general elections, I’m far more likely to vote ‘against’ a candidate. I’m not sure where I’m going with this – perhaps the idea of skipping this for primary elections, I don’t know. Just thought I’d mention it.

T, I was thinking specifically about the presidential election. I wasn’t even thinking about primaries, but I see what you’re saying, and totally agree with it. :)