I’ve been digging into OpenSCAD lately and managed to come across this Flickr photo with the most minimal of explanation of how to do a reverse object in OpenSCAD, but it was all I needed… 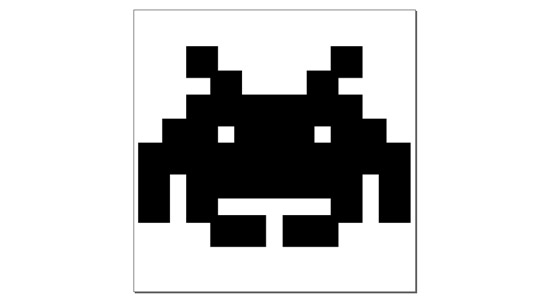 I started with the SVG file of the classic Space Invader character, sized to the width and height I wanted, and then exported it from Inkscape as a DXF file. 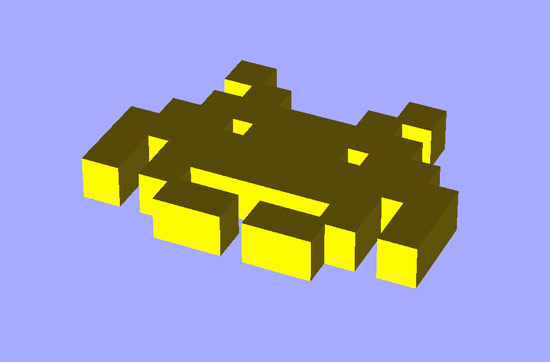 Once we’ve got the DXF we can pull that into OpenSCAD and extrude it into a 2.5 dimensional object. (It might be 3 dimensional, but I’m not going to argue 2.5D versus 3D right now.)

After we compile the code we can then export our object as an STL file. We can then pull that STL file into OpenSCAD again for the next step… 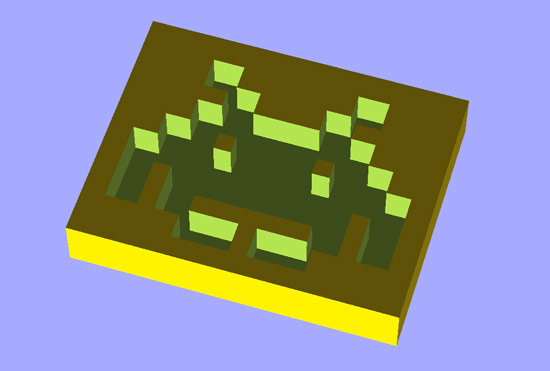 You’ll need to tweak those numbers of course, and as for the # at the start of the import line, that’s to show us the object even when we can’t see it, as it were… sort of. It’s an OpenSCAD trick I learned from Mark Finn at BarCampMilwaukee.

So now that we’ve got the object dropped into a block (at the proper height) we can then export it as an STL file, which could be cut on a CNC machine, or 3D printed. 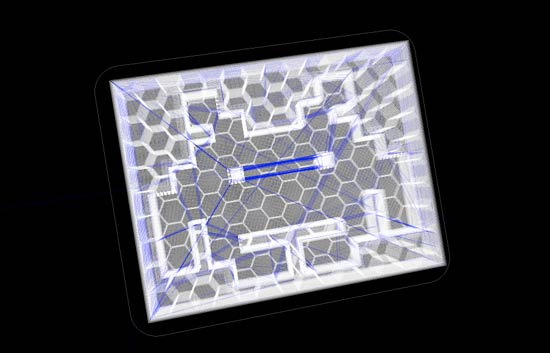 I’ve not yet attempted to 3D print this, and I’ve had not much luck in printing things that are water-tight. I might try getting some silicone to coat the piece which would make it water-tight, and food-safe.