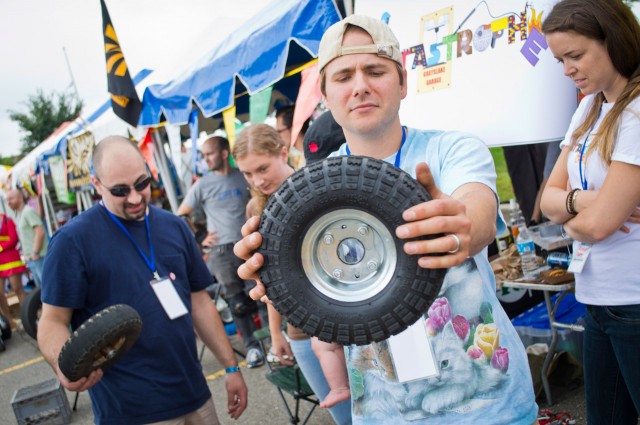 One of the rites of passage for the Power Racing Series is to use the cheap Harbor Freight wheels on your car. When you can get the whole thing, tire on a rim with a hub and bearings, it’s quite appealing. Also, the tires can be as cheap as $5.00, and that’s before you use a coupon. (I should mention the bearings are crap, and those should probably be replace. Still, you can easily start with them!)

In case you can’t tell from the photo above, they are sort of terrible. Cartastrophe used them their first race and got to experience what it’s like when your car goes one direction and your wheel goes another direction. This is a (somewhat) common occurrence, and it’s always hilarious (when it happens to someone else.) 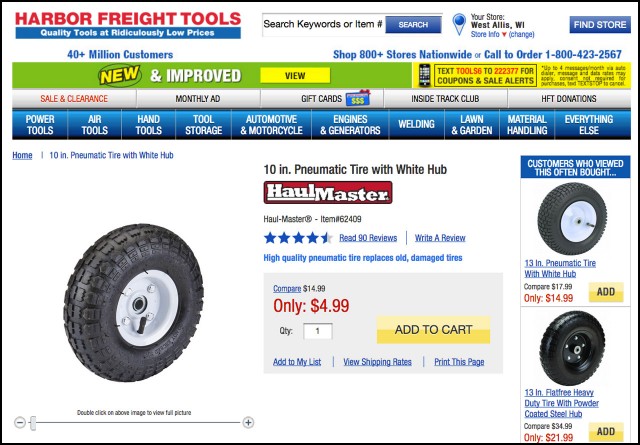 But! Hacker and Makers and Those Who Scrounge and are Cheap often enjoy the challenge of modifying things to do what they were not supposed to do. Like making wagon wheels handle the lateral forces of sharp turns at 20 miles per hour.

Over the years team have added in gussets, reinforced the rims with steel plates that have been drilled out for the axle and bolts, some teams have 3D printed pieces to strengthen the rims (which actually worked!) and at least one person mentioned how they use a piece of “laser cut steel” and I’m like… wut? Yeah, hackers…

So there are options, and there are always options. I mean, check out the crazy hub story from Tom at Milwaukee Makerspace! 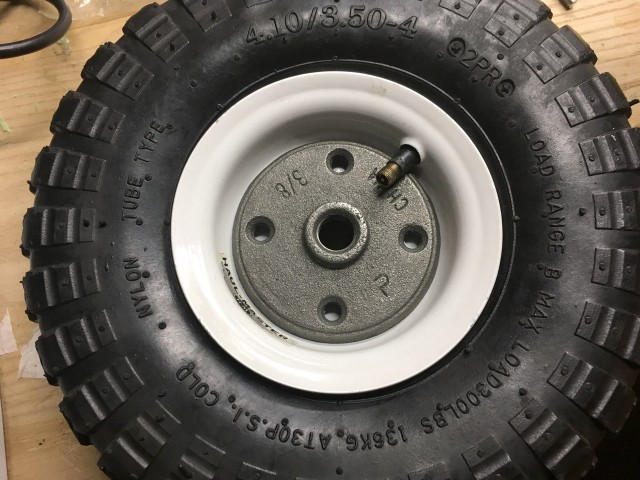 While thinking about an easy and cheap way to strengthen the rims I was wandering around the hardware store and found the flange you see above, which was less than $4.00. Now, it doesn’t quite fit properly. I mean, I’ll need a larger hole for the axle. With a 1″ axle I’m hoping a 1″ pipe flange hole will work, though we may have to file down or drill out the threads. The bolt holes do not match, but drilling out the holes on the rim might be the solution to that, and maybe switching to 1/4″-20 bolts…

There are also PVC flanges that may work. Those might prove easier to drill out, though the iron flanges are still less than $5.00 and can be found locally.

If you’ve got an idea how to easily and cheaply use a COTS part to solve this problem, let us know! It should require minimal modifications, hopefully just drilling and filing, and not involve laser cut steel. ;)