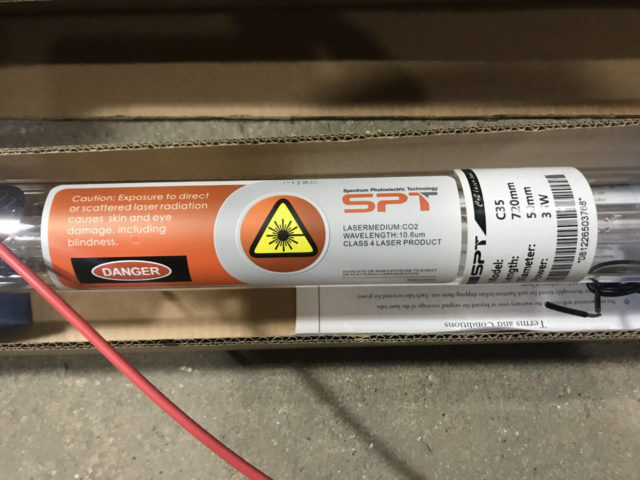 If you read my previous posts about my laser cutter, you may have been wondering what the latest progress is on it. Well, here’s an update!

First, some history… Brent bought this laser cutter back in 2012 (I think) then sold it to Jason in 2013. Jason kept it at Milwaukee Makerspace for about a year and a half and then took it home. He used it until he got a Glowforge in 2017 and then I got it from him. It took me at least six months before I really had it operational, but since it’s 2020 now I figured I should offer an update.

It’s been at my house and cutting things since late summer 2018, but it wasn’t really optimal. I am not 100% sure but I think it was all pretty much original parts. It would cut okay, but you had to go slow… really slow. Like, way too slow. I could do 3mm Baltic Birch, but had to go so slow for 6mm that it was basically a fire waiting to happen. The lens looked good to me, but I figured that lenses are cheap, so I started there. I got a Cloudray Lens (Diameter 18mm/Focal Length 50.8mm) and dropped it in place. (And yes, I do clean the mirrors and lens occasionally, and there is air assist running.) 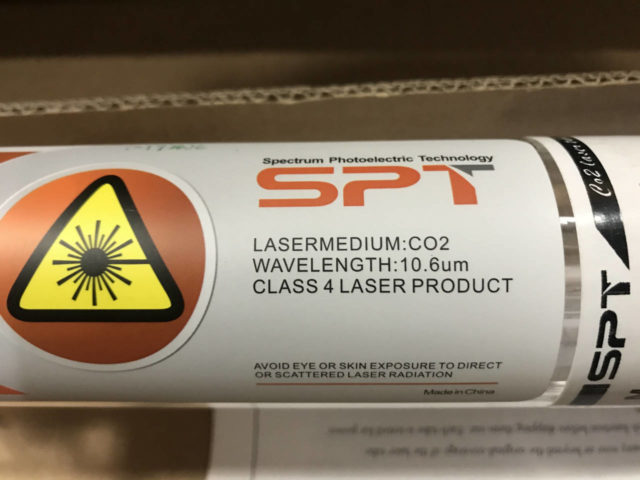 I didn’t see vast improvements from the new lens, so I figured that if this was the original tube from 2012 or so, it was old, and probably needed replacement. I compared what the tube looked like when firing to a bunch of videos online and it did look weak. I got a SPT 35W CO2 Sealed Laser Tube. So in theory I dropped from 40 watts to 35 watts, but replaced an eight year old tube, so… trade off. (I also had a discount code when ordering.) 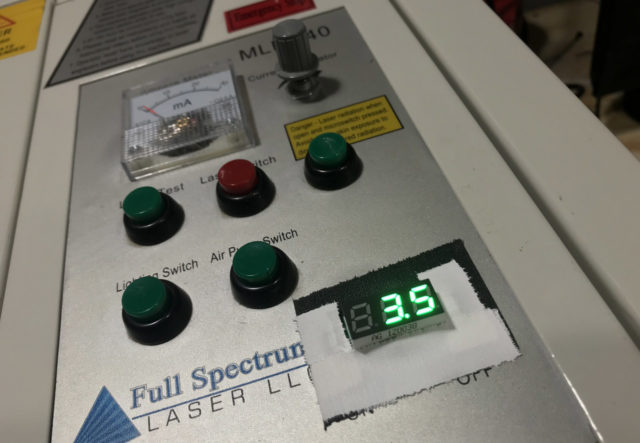 Along the way I dealt with the ammeter that was not really working. In order to see what the power knob was set to I added a 0.28″ DC Digital Voltmeter LCD wired into the potentiometer. (Hat tip to Don’s Laser Cutter Things) At least I could get an idea of how much power was being output, but I still had to deal with the ammeter that never went above 3 milliamps. I did not trust the ammeter since I was kicking out enough laser power to cut things, so I got a replacement meter, but it still showed almost no output. (More on that later!) 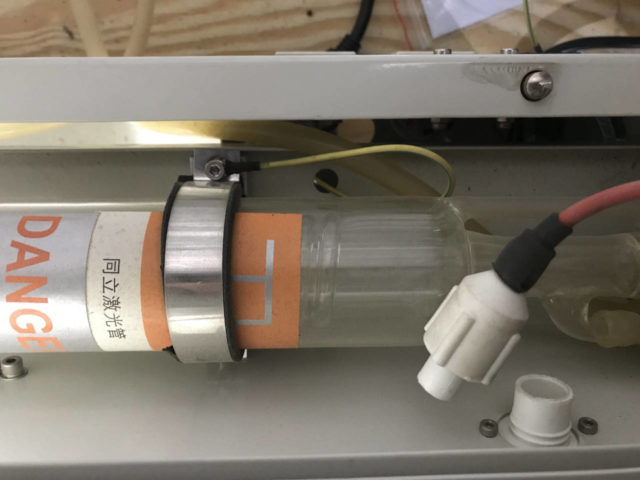 I had read a lot about replacing tubes and I watched a few videos. Honestly sometimes I’m amazed more people don’t electrocute themselves or burn their houses down. Doing research helps! Don’t just watch one video or read one forum post, because you might do things the wrong way. Anyway, I was able to avoid lots of PTFE tape, silicone caulk, and other things because I had a nice high voltage connector on my old tube, which I planned to liberate to use on my new tube. 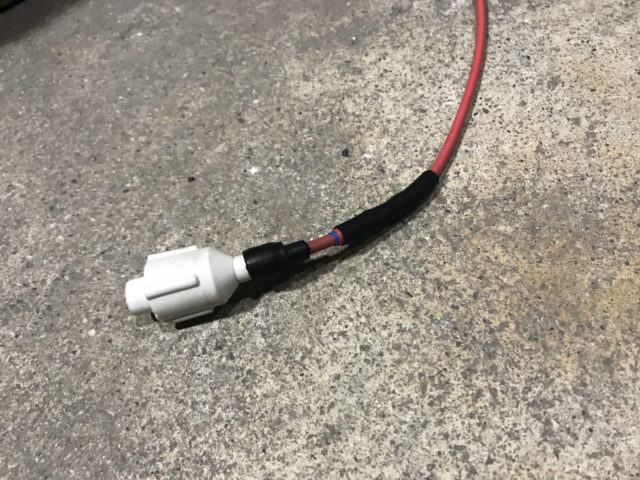 I chopped it off, wired it to the high voltage line on the new tube, soldered it, and added a lot of heat shrink. (Remember to slide all that heat shrink tubing in place before you solder!)

I test fired the new tube and it burned through 3mm Baltic Birch with no problem. The only problem was that I really hoped the ammeter would work, and it didn’t. But don’t worry, we’re not done yet! One of the things I noticed when connecting the ground wire of the new tube was that there was an extra grounding wire running from the connector block to the chassis. 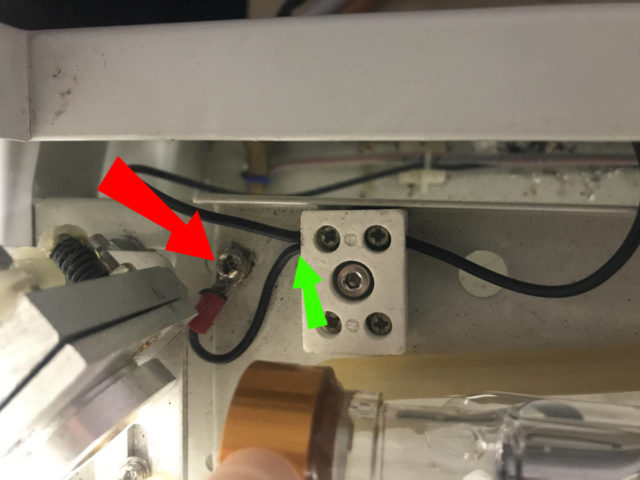 Look at that! So the ground line should go back to the power supply and run through the ammeter on the way so the current can be measured and displayed by the ammeter. Removing that extra grounding wire got the ammeter working as it should. I can’t say I’m surprised by this. It’s an old Full Spectrum Laser Cutter, and they did a lot of weird things in the early years.

Hey! We now have a functional ammeter, and can use the power knob to set it to run at about 15 milliamps. Neat!

I still have a few other things to do to get this cutter to perform even better, but for now this will definitely help show how much power we’re putting out.