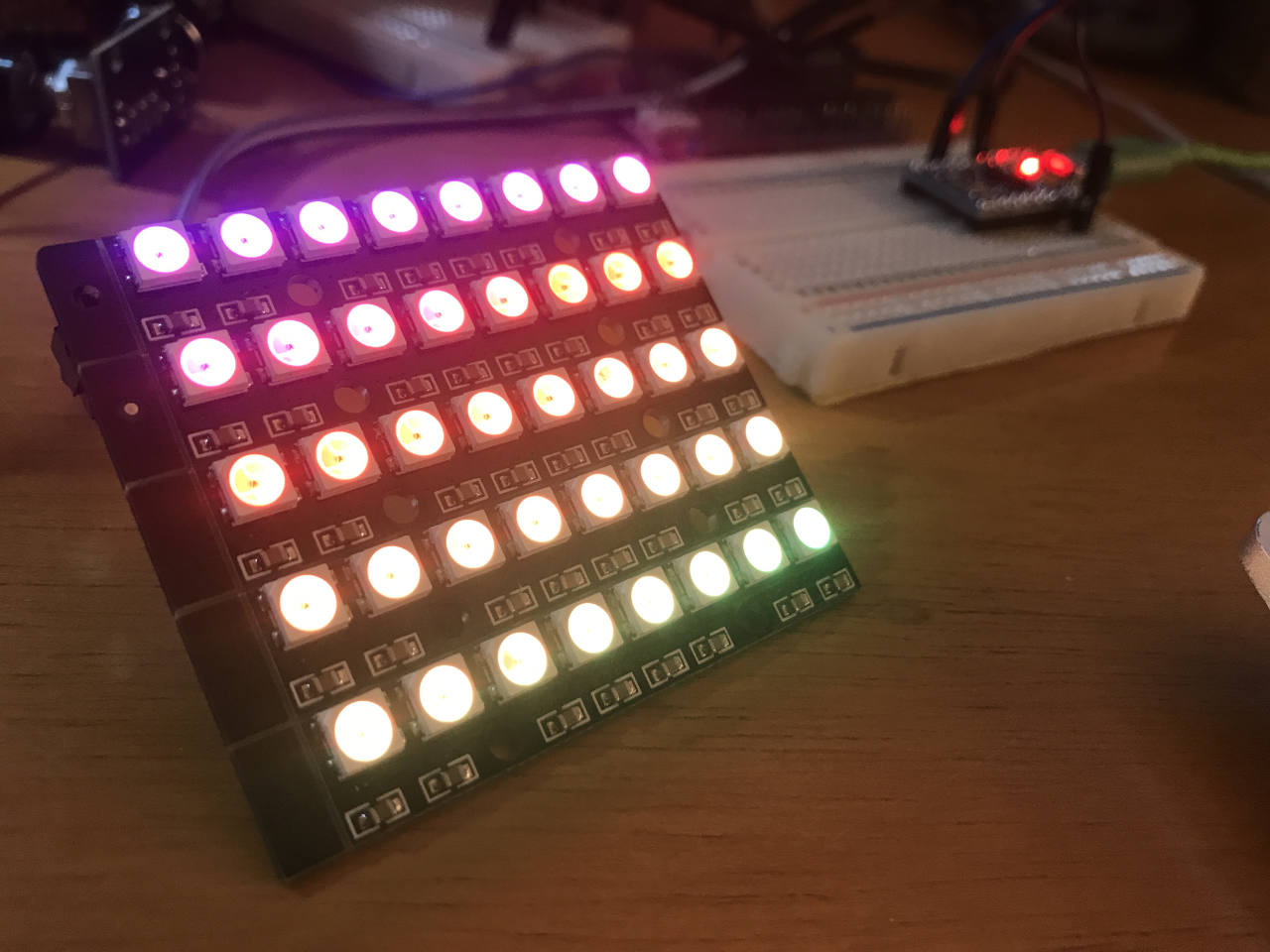 Back when I used to build museum exhibits we put WS2812 LEDs (also known as “NeoPixels”) into things. Lots of things. Sometimes inside cabinet walls or tubes or pipes for glow effects, and sometimes as feedback devices for interactivity. I’ve also built a few signs before, so I’m not new to NeoPixels/WS2812 LEDs… 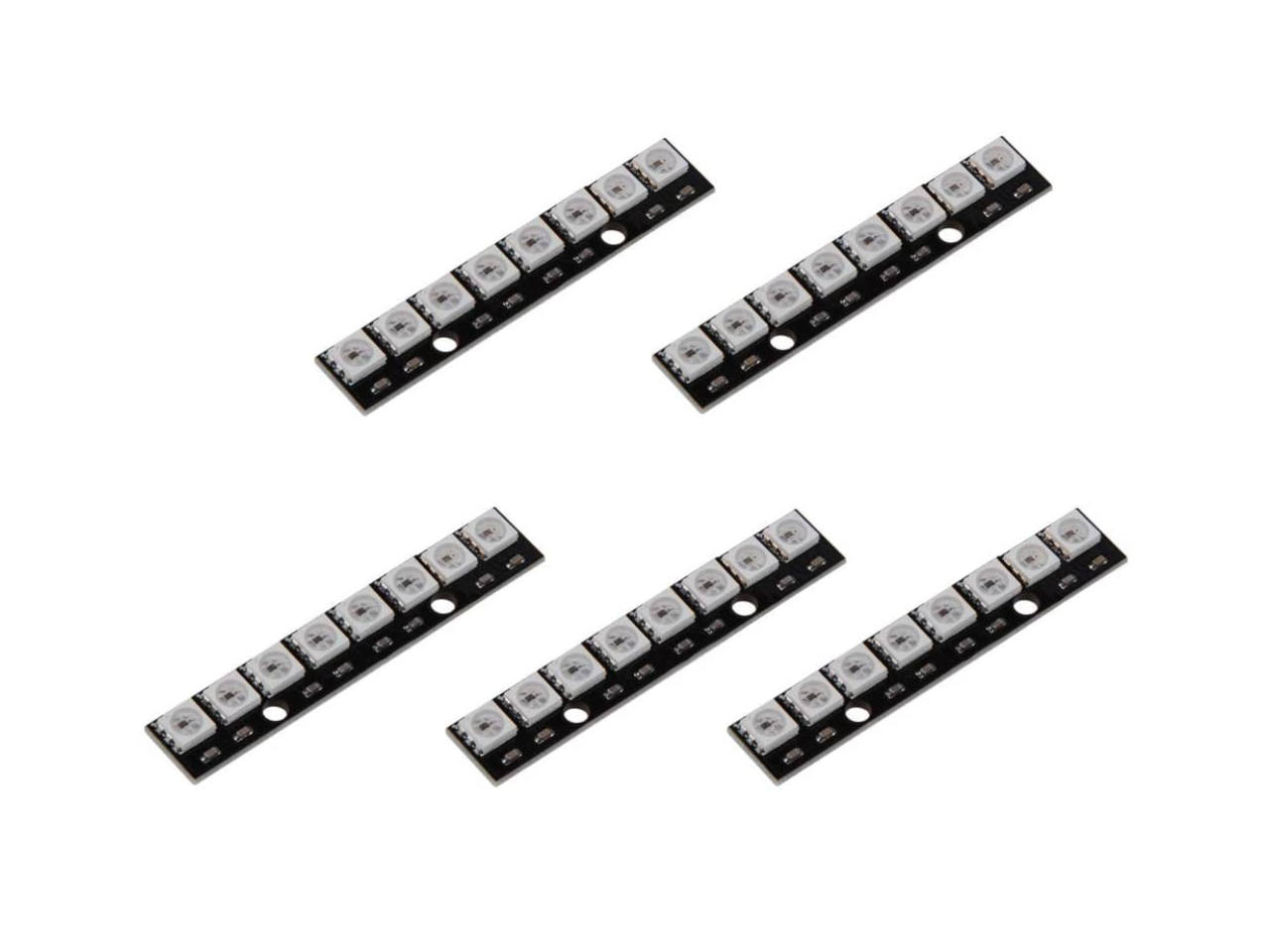 But I never seem to have any laying around wired up to just mess around with. So I fixed that. I mean, I’ve got tons of strips lying around in a box in my office, but I wanted something smaller and easier to deal with. I found these poorly named Comidox 5PCS WS2812 5050 RGB 8 LEDs Light Strip Driver Board 8 Channel Built-in Full Color-Driven Development Board Black for Arduino which is 5 sticks with each having 8 LEDs, for a total of 40 NeoPixels. (And yeah, it was less than $8 for 5 sticks! That’s 20 cents per NeoPixel.)

What I didn’t know when ordering is that they came all together as one that you are meant to snap apart. Why bother!?! I just soldered them up to make an LED matrix! (Terrible soldering, but it does work.) 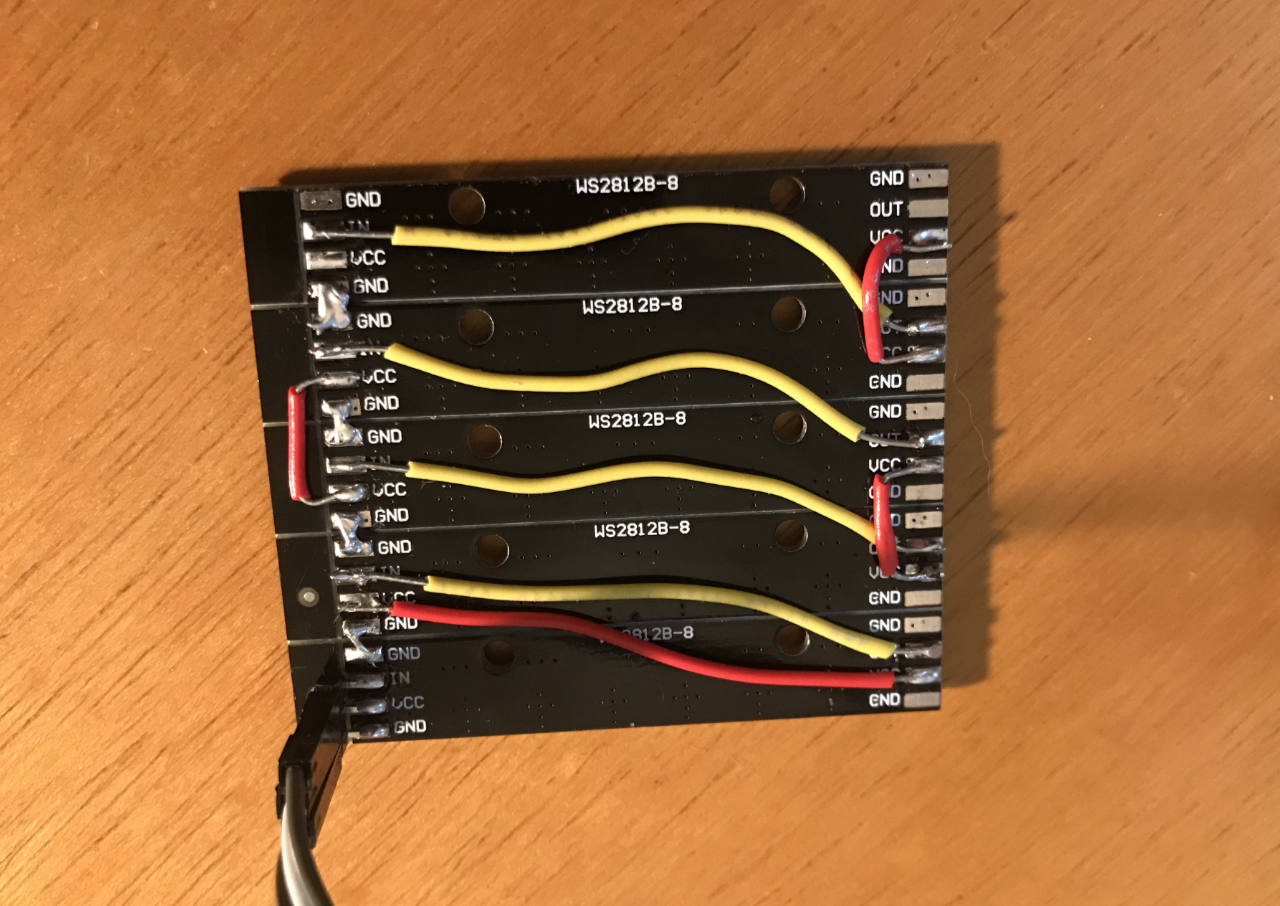 Now I feel like I have something handy, on my desk, that I can easily use to prototype NeoPixel development. I started out with the Adafruit_NeoPixel which I’ve used in the past, but now I’m using the FastLED library, which so far seems pretty awesome. There are also some matrix libraries I’ll need to investigate. I’m running these from an Arduino Pro Micro with the Leonardo firmware on it, which seems totally up to the task.

By the way… I recently realized it’s been over 10 years of “screwing around” with Arduino boards, and in that time I’ve been a Technical Editor for two Arduino books, taught Physical Computing (“Arduino for Artists”) in a university, taught classes at a makerspace and a museum, and written plenty of guides about Arduino projects. It’s been an interesting ride!