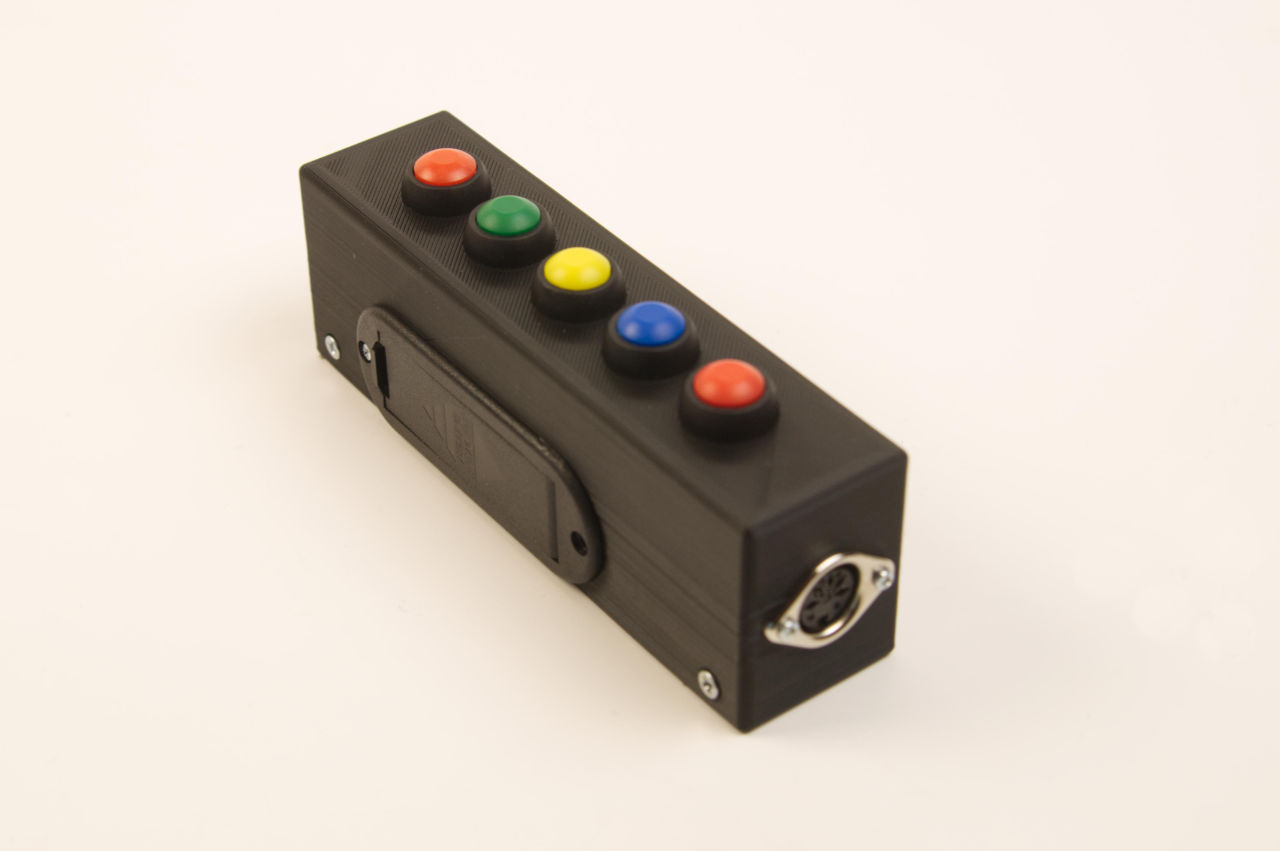 Here’s another recent build. A five button handheld MIDI controller. This one is not USB MIDI but has a 5 pin DIN MIDI connector to go directly to an instrument. (This one will control a BOSS RC-505 Looper.) A musician got in touch with me about this, asking for a “small detonator style device” and that’s what we designed and built. 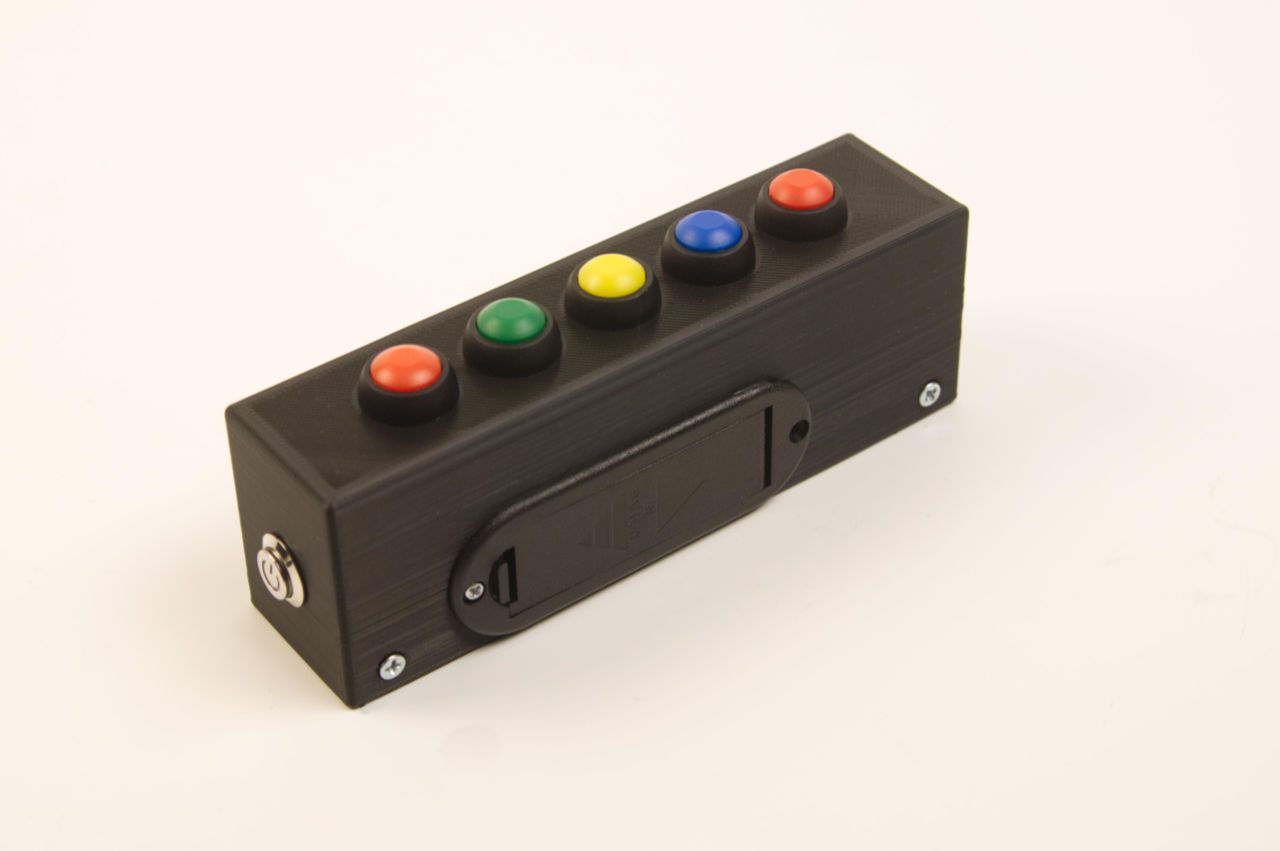 I’ll do a quick walk-through of the process for this project with some notes and illustrations. 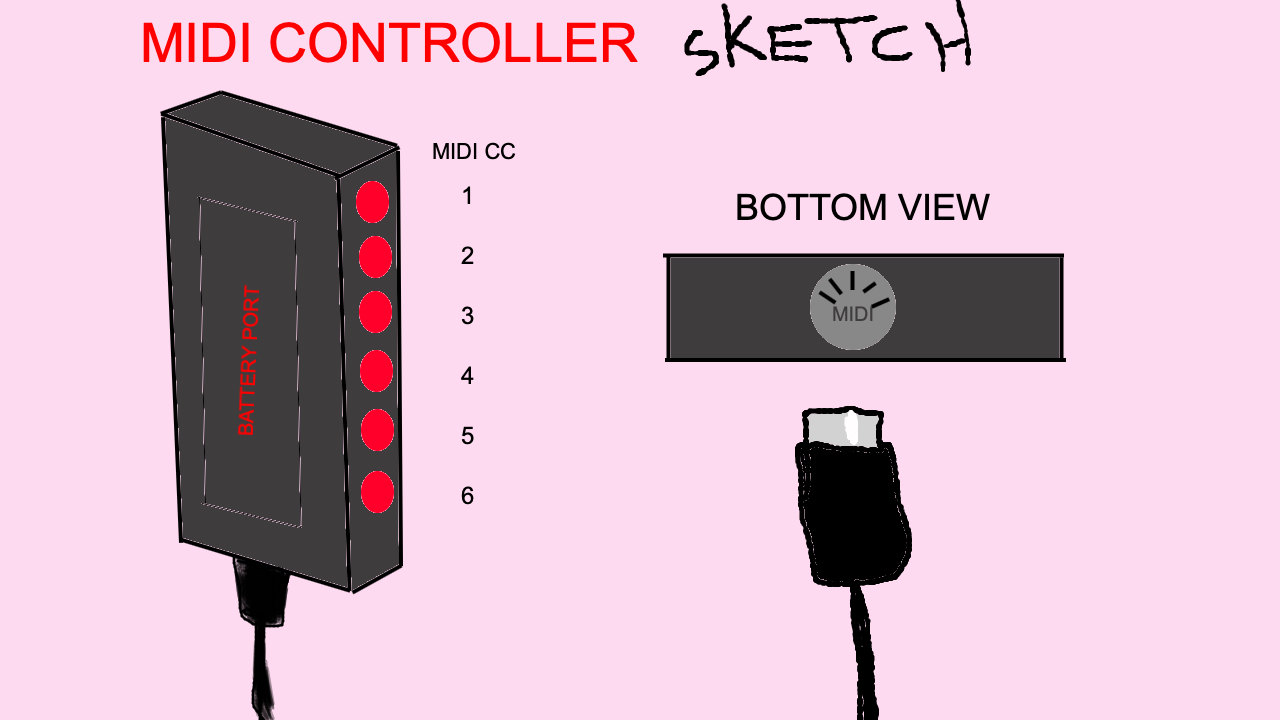 This was the sketch the client sent, so I could get some idea of what they had in mind. My first question was about the dimensions of the unit, since finding an enclosure would probably be the largest challenge for the project. 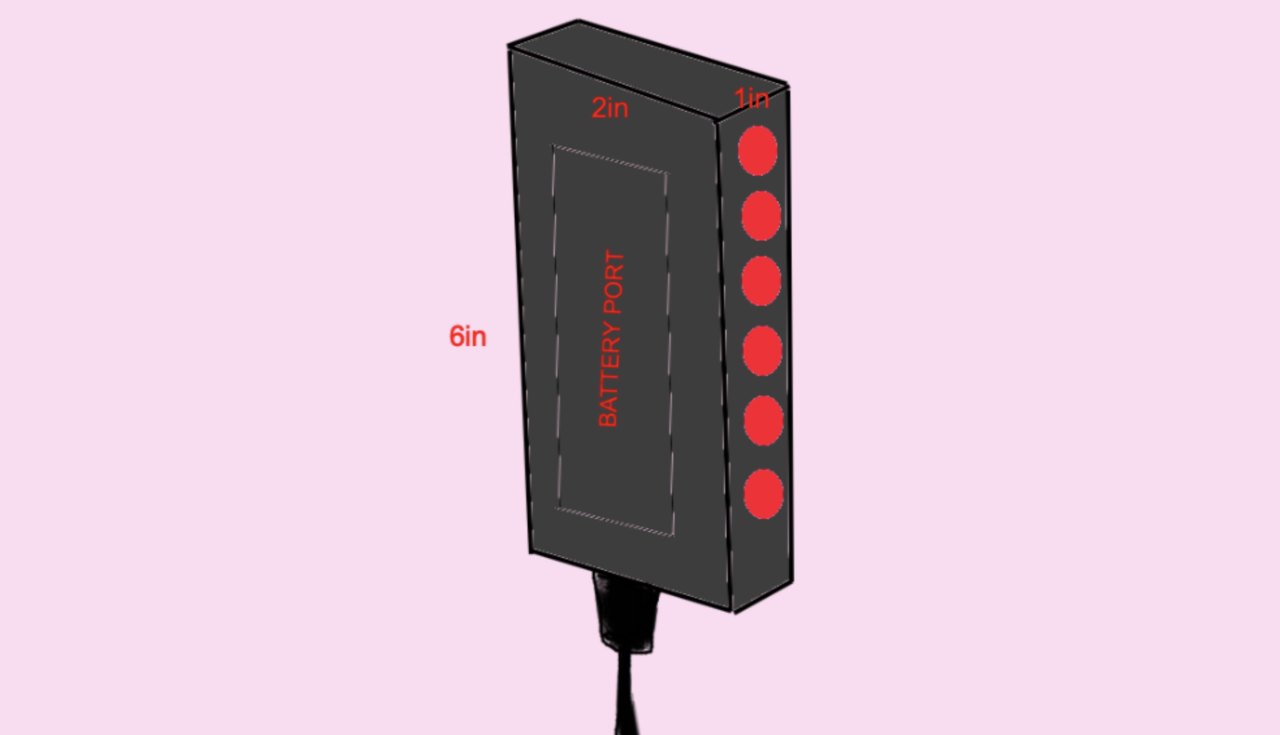 Here’s the second client sketch showing dimensions. (You’ll also notice six buttons, though we knocked it down to just five for this iteration.) With the dimensions in hand I started looking for enclosures. Metal would have been preferable, but plastic would be acceptable.

Sadly I did not find any good enclosures the desired size, so I suggested using a 3D printed enclosure so we could make it custom and the exact size we needed. The client agreed to that and I started designing. 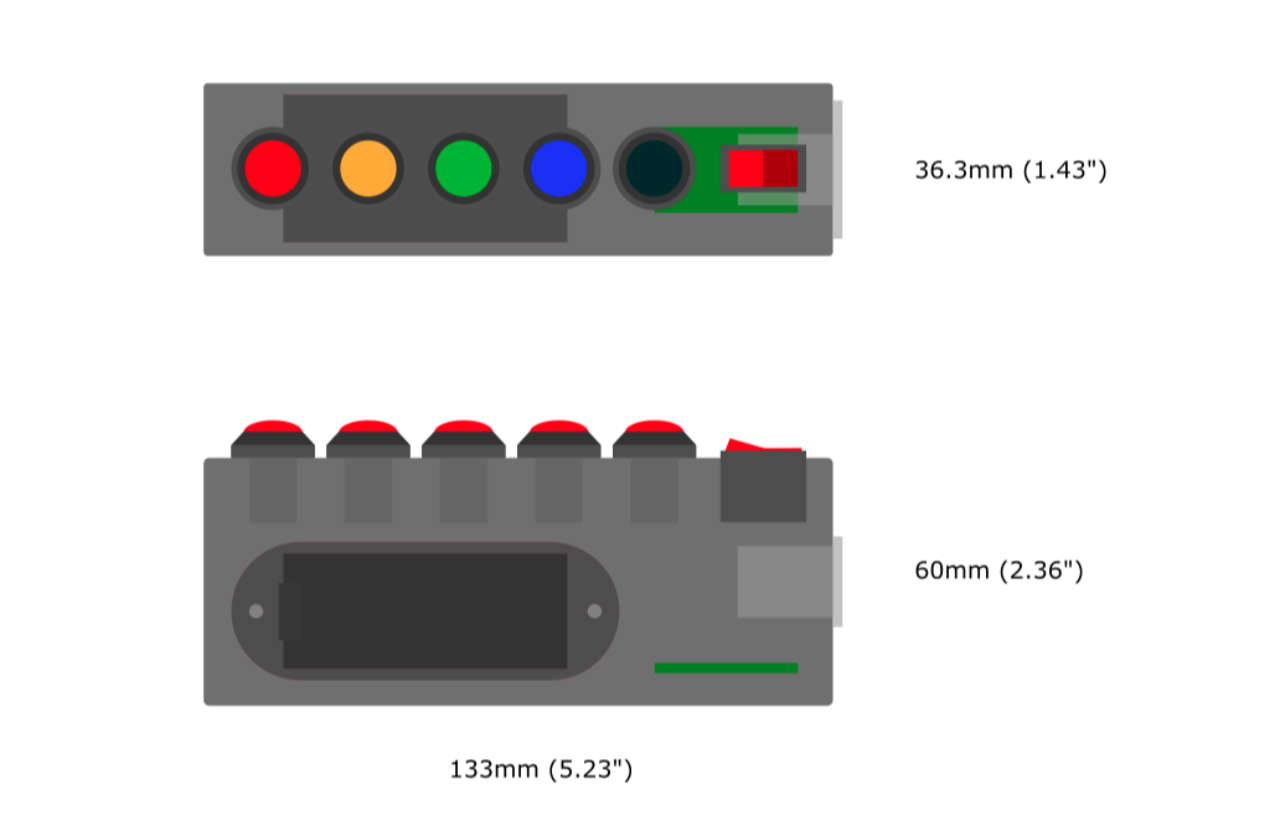 Here’s my first design sketch. It’s got some transparency because I often want to see how things fit inside the enclosure to ensure we’ve got enough space for everything. This one shows a rocker style power switch on the top. 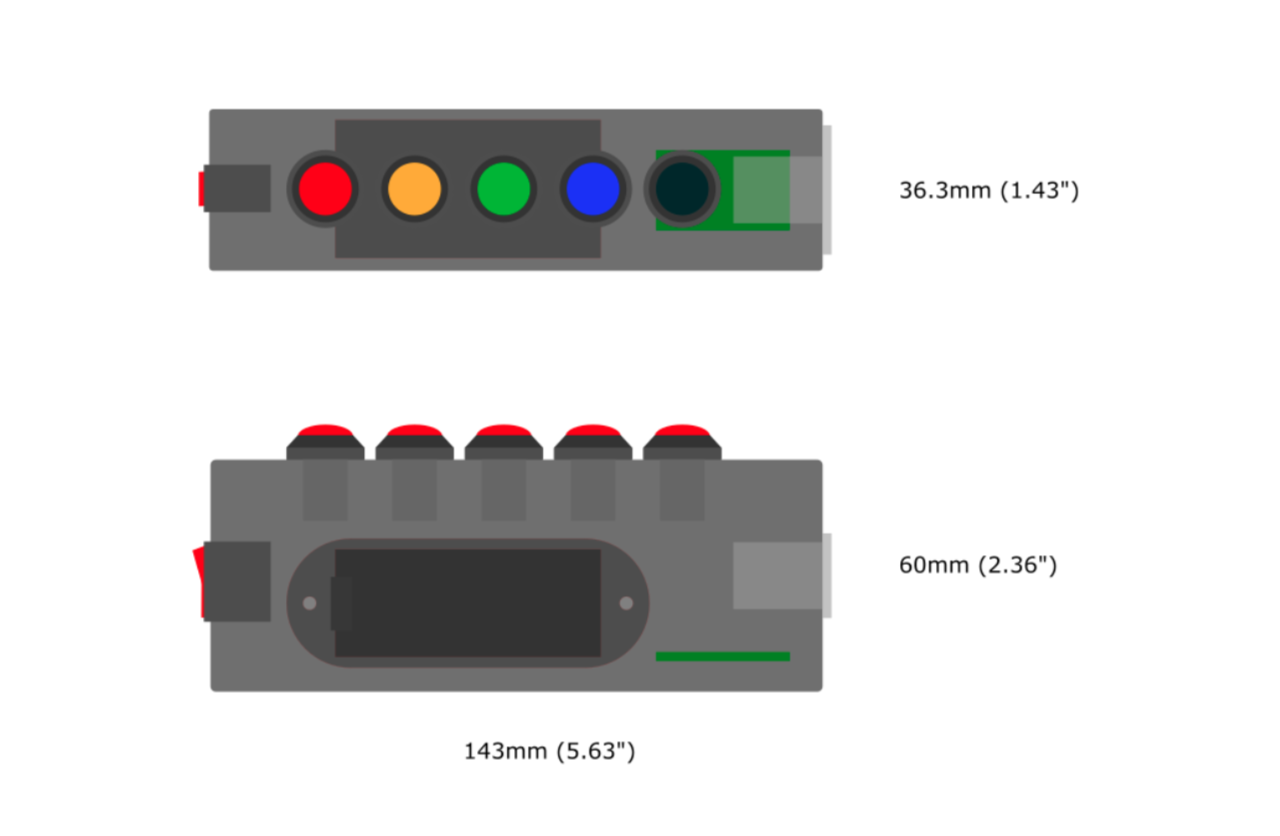 A quick change moving the power switch to the side of the unit instead of the top, per the client’s request. This increased the length of the unit a bit. 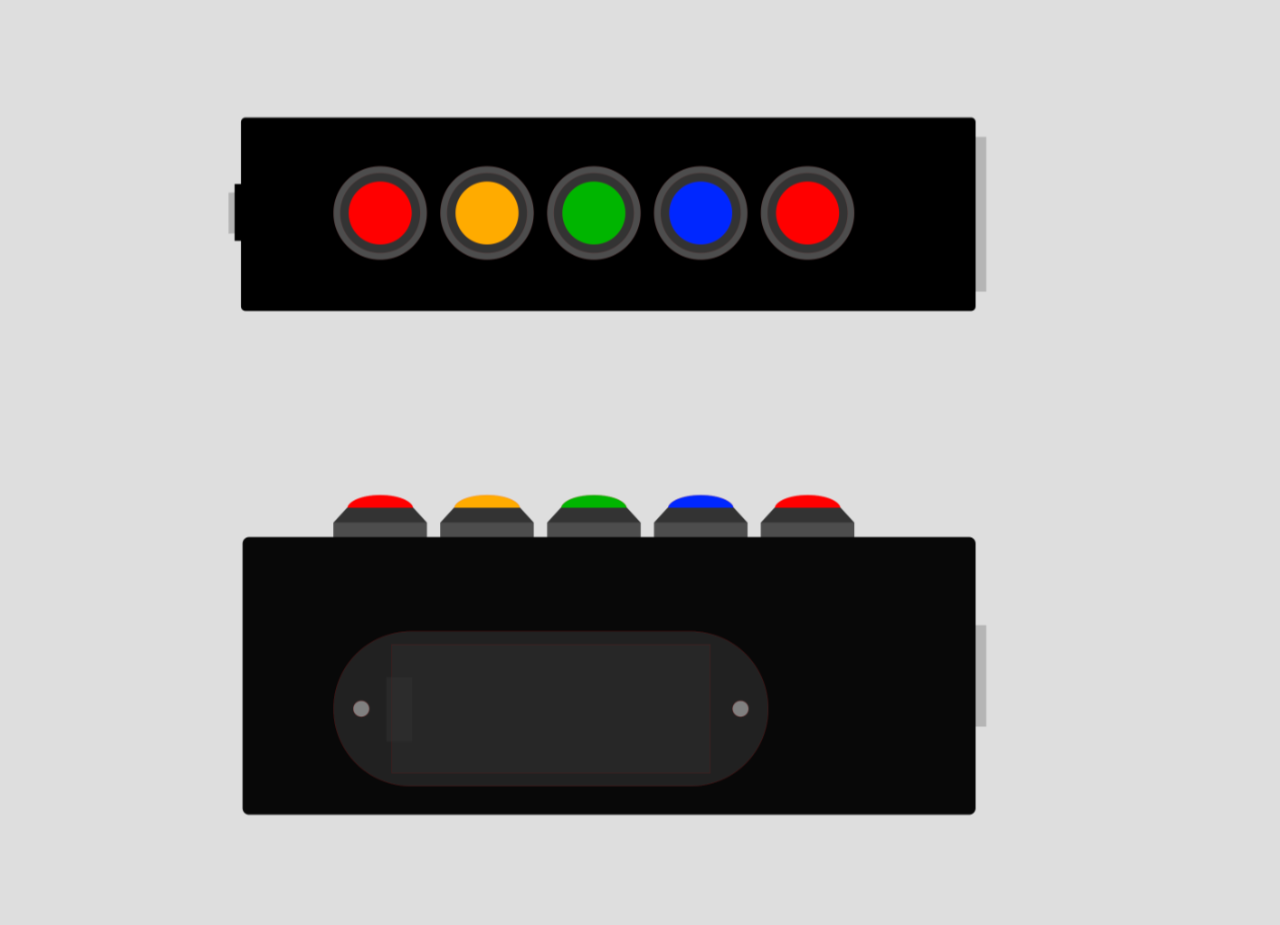 Here’s the final sketch for the device. We switched to a power button with a built-in LED so it could also serve as a power indicator since this is battery powered. This sketch got final approval which meant I could start designing the 3D model and putting together the electronics. 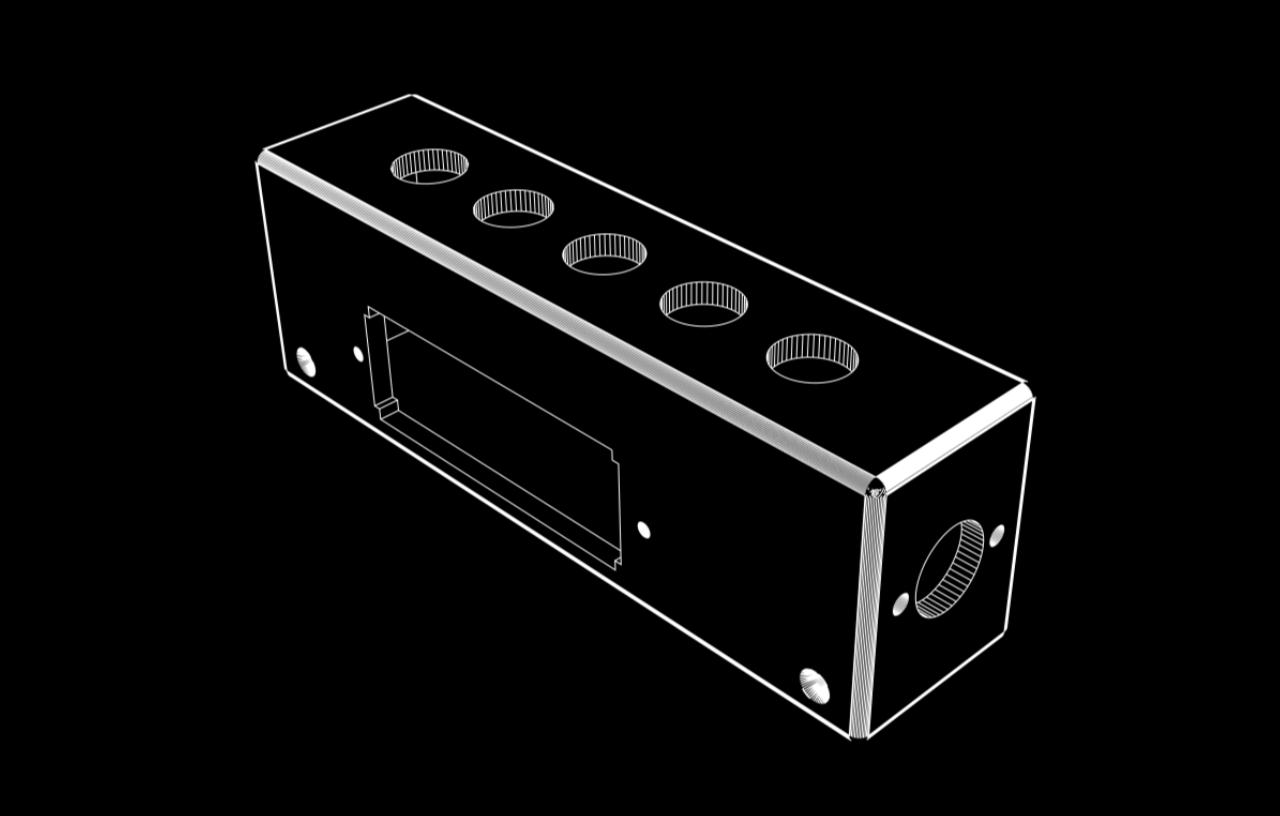 Since durability was important the walls for this enclosure are 4mm wide and the infill is at 30%. The print came out great. I printed it on an upgraded Creality Ender 3 with black Hatchbox filament. 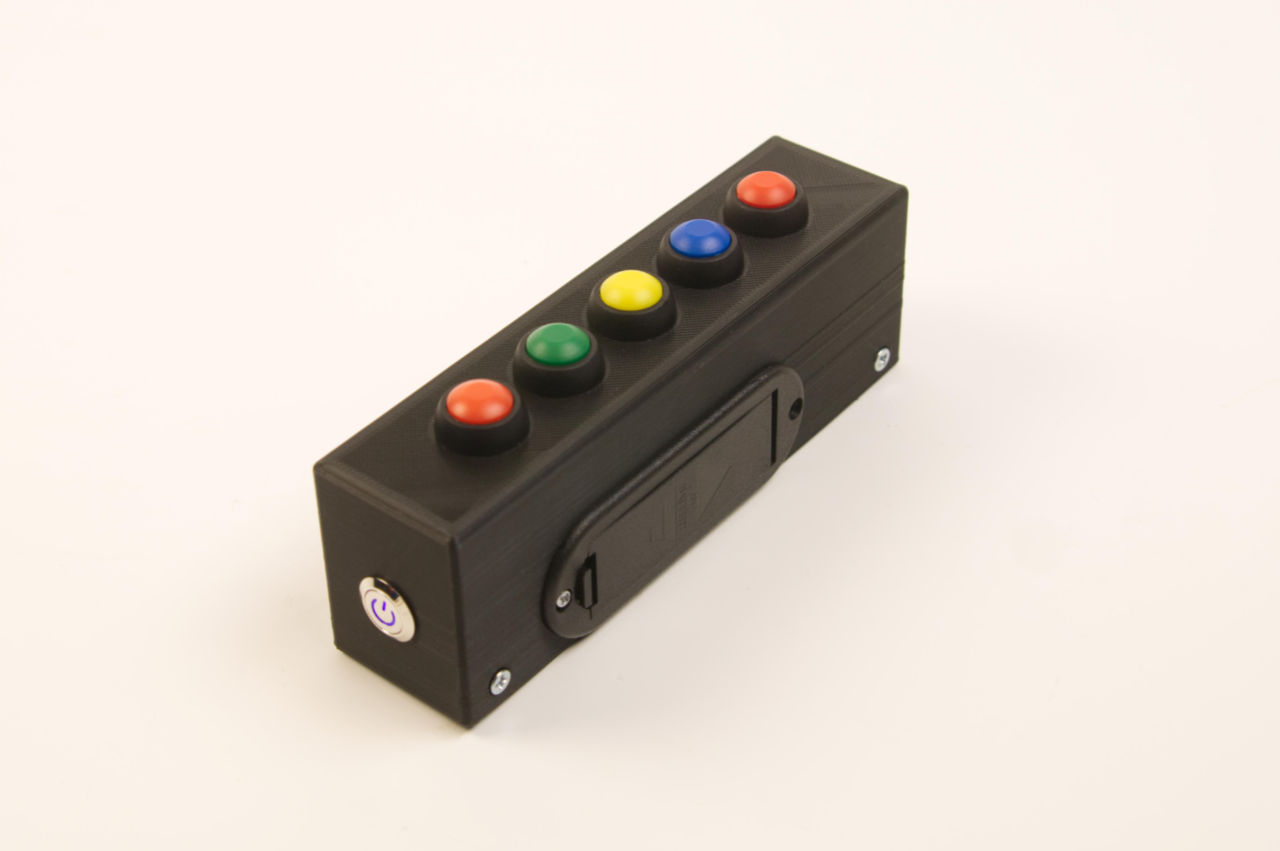 I was really pleased with how this came out. Rather than design a battery compartment I used an off-the-shelf battery holder for an electric guitar, which I think worked well. 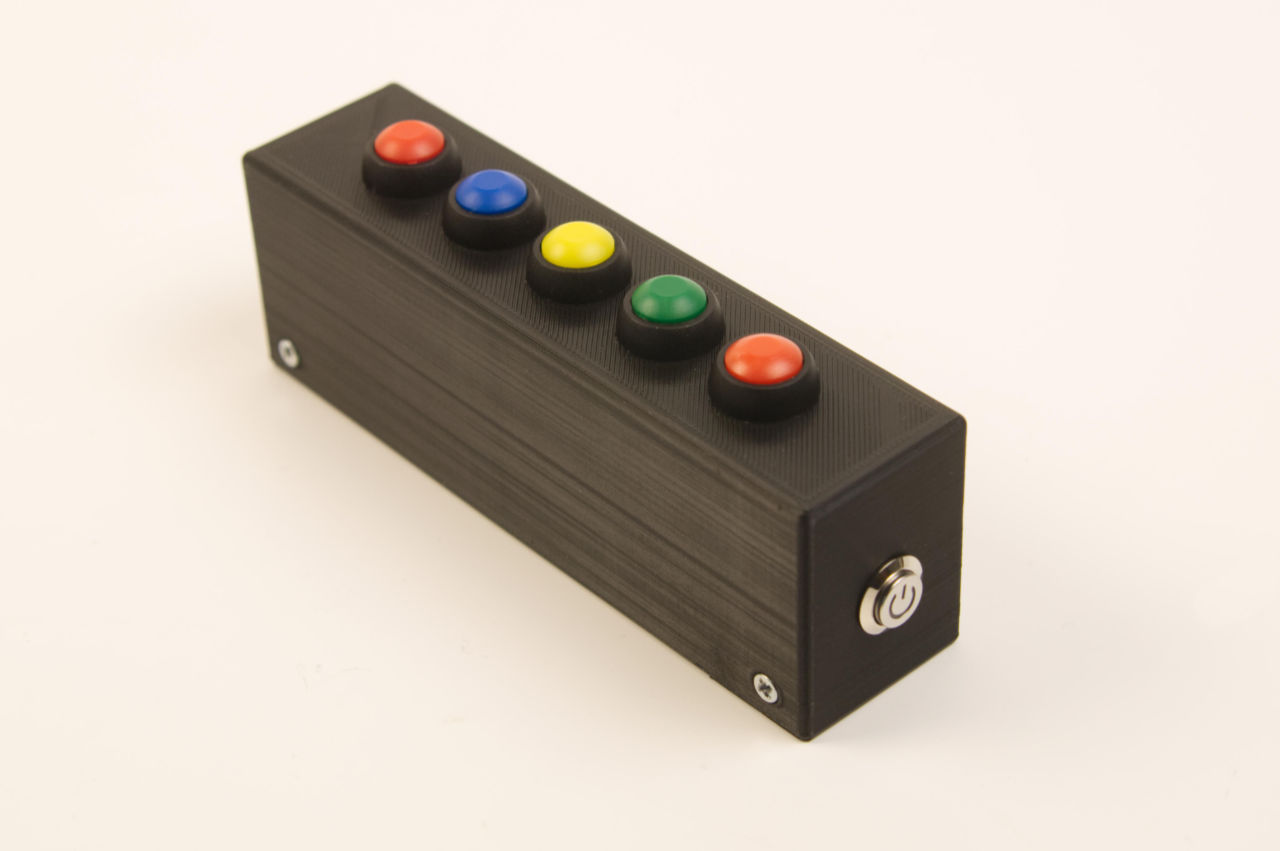 This project took a lot of time, but it was a fun challenge, and it feels good to be able to help a musician expand their performance capabilities. 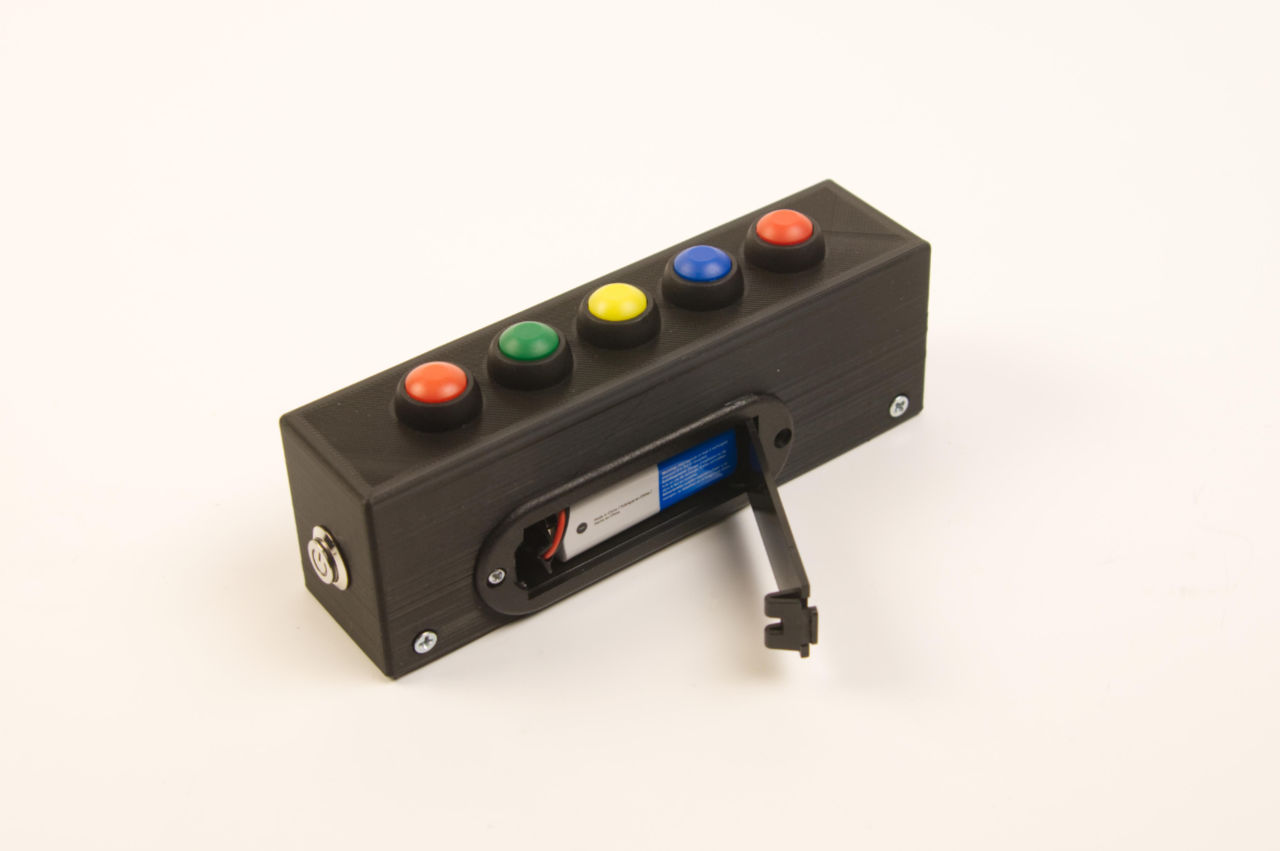