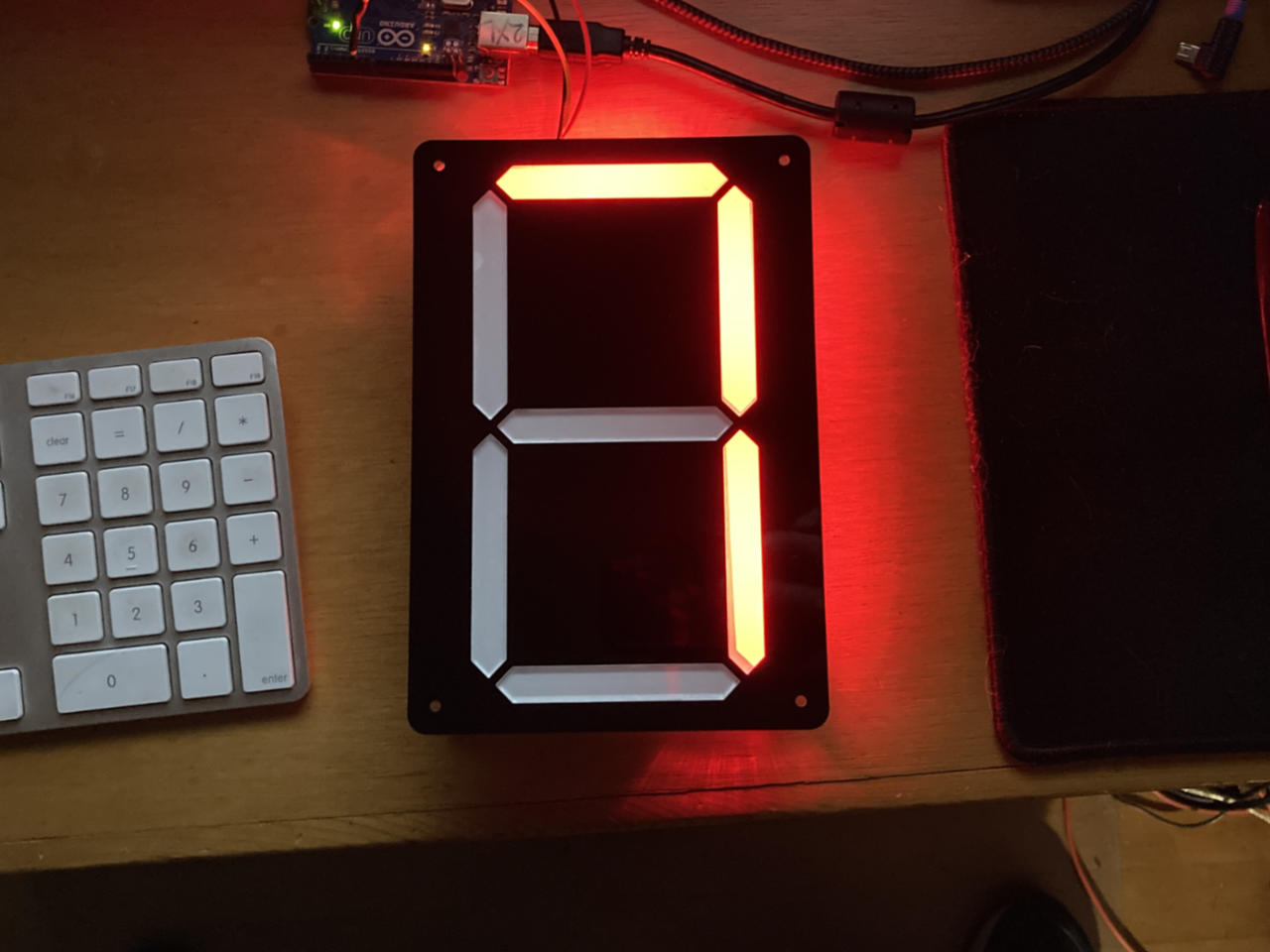 I had been looking for a 7 segment display for a project and the ones I found were similar to the ones I used about six years ago… Had things not really changed since then? Eventually I found these on Tindie, which seemed like they could work, except they were out of stock, and the were a kit of SMT components, and I didn’t want to hassle with all of that. 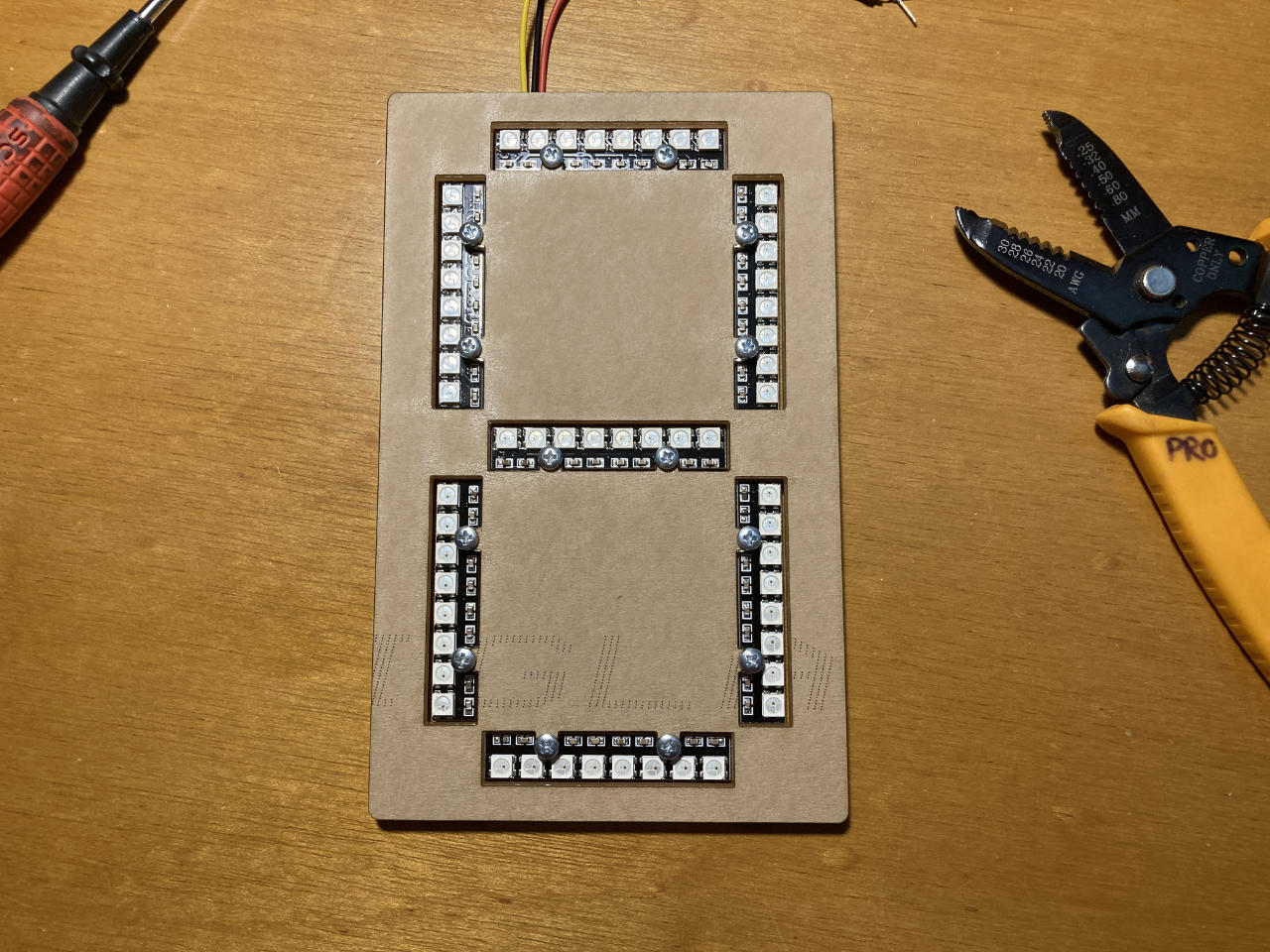 But what I did like about them was the Arduino library, which supported using NeoPixels for a large multi-digit 7 segment display. Someone pointed me to this Ninja Timer: Giant 7-Segment Display but that too appeared to be way too much to take on. Instead, I went a different route. (Note: I’m going to use the term “NeoPixel” even if I mean WS2812 for the rest of this post.) 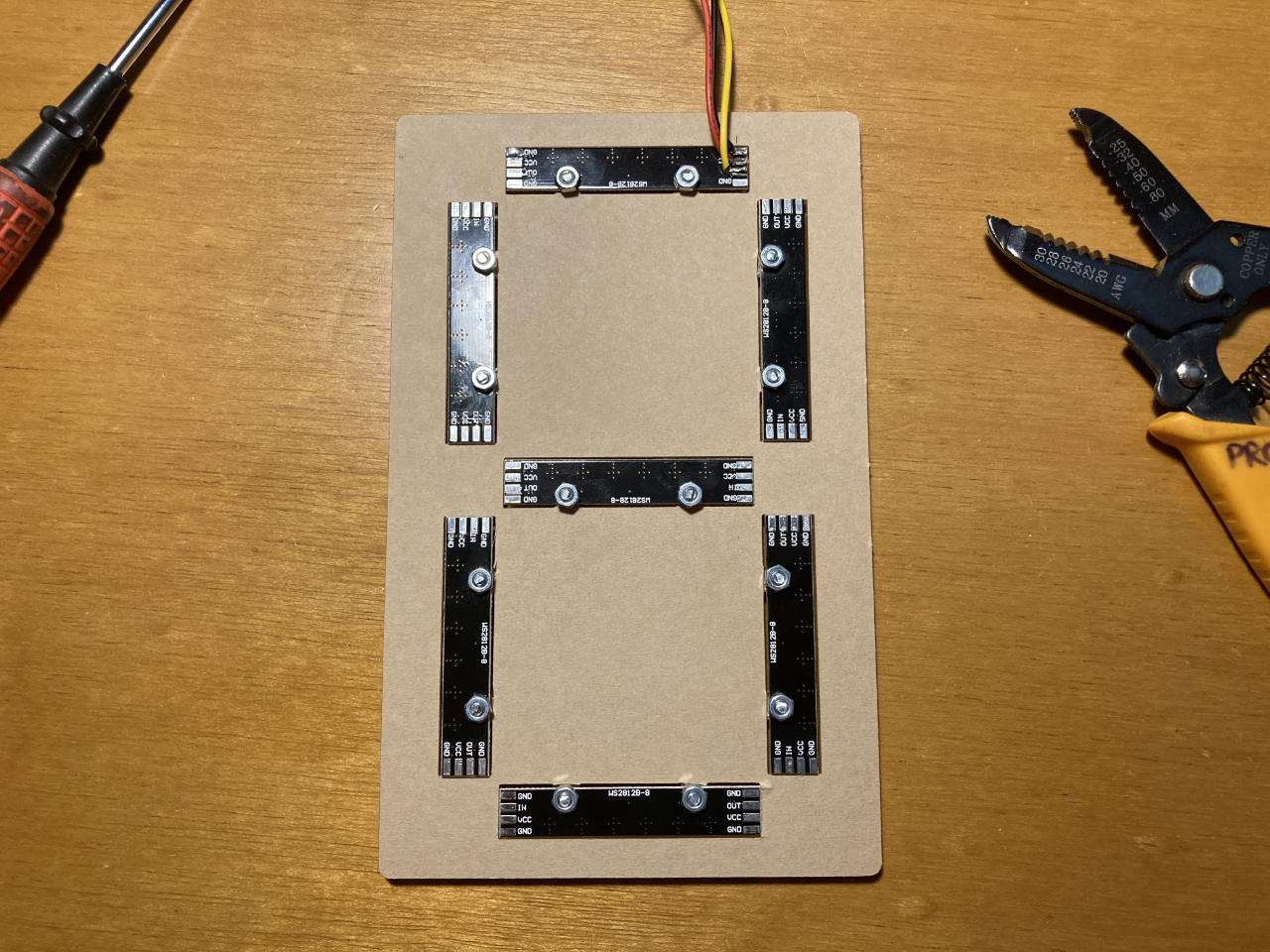 Instead of using the flexible NeoPixel strips, I planned to use these NeoPixel sticks. They have mounting holes, so no need to hot glue them down or 3D print some holder. I just laser cut a plate to hold them. I did need to solder them together, and while it wasn’t the easiest thing it also wasn’t too painful. 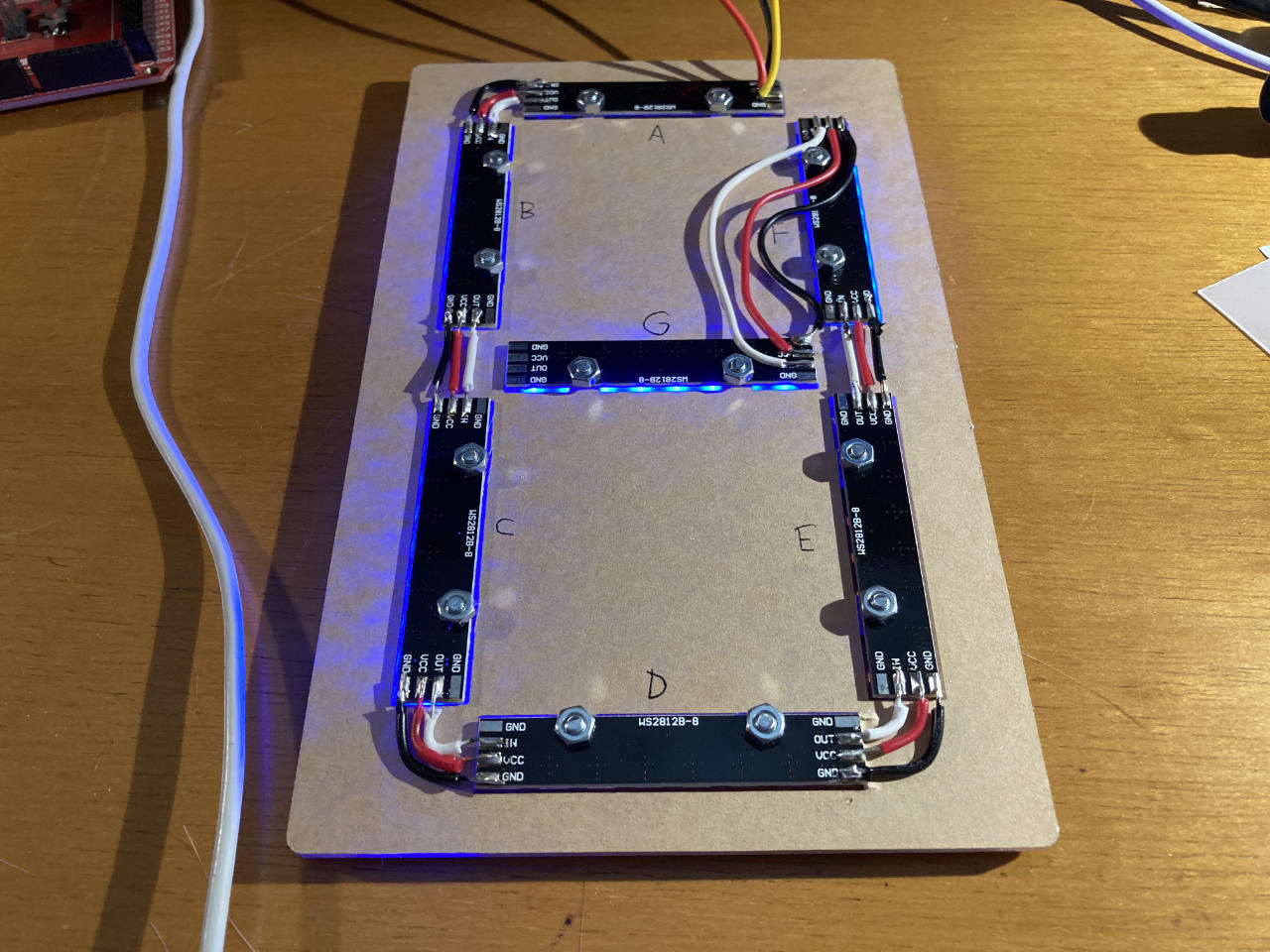 So hey, getting 7 sticks attached to a plate and soldering them together? That was the easy part. Well, the code was also the easy part. I loaded up an Arduino UNO, connected the segment with three pins, and bam. We’ve got numerical success. 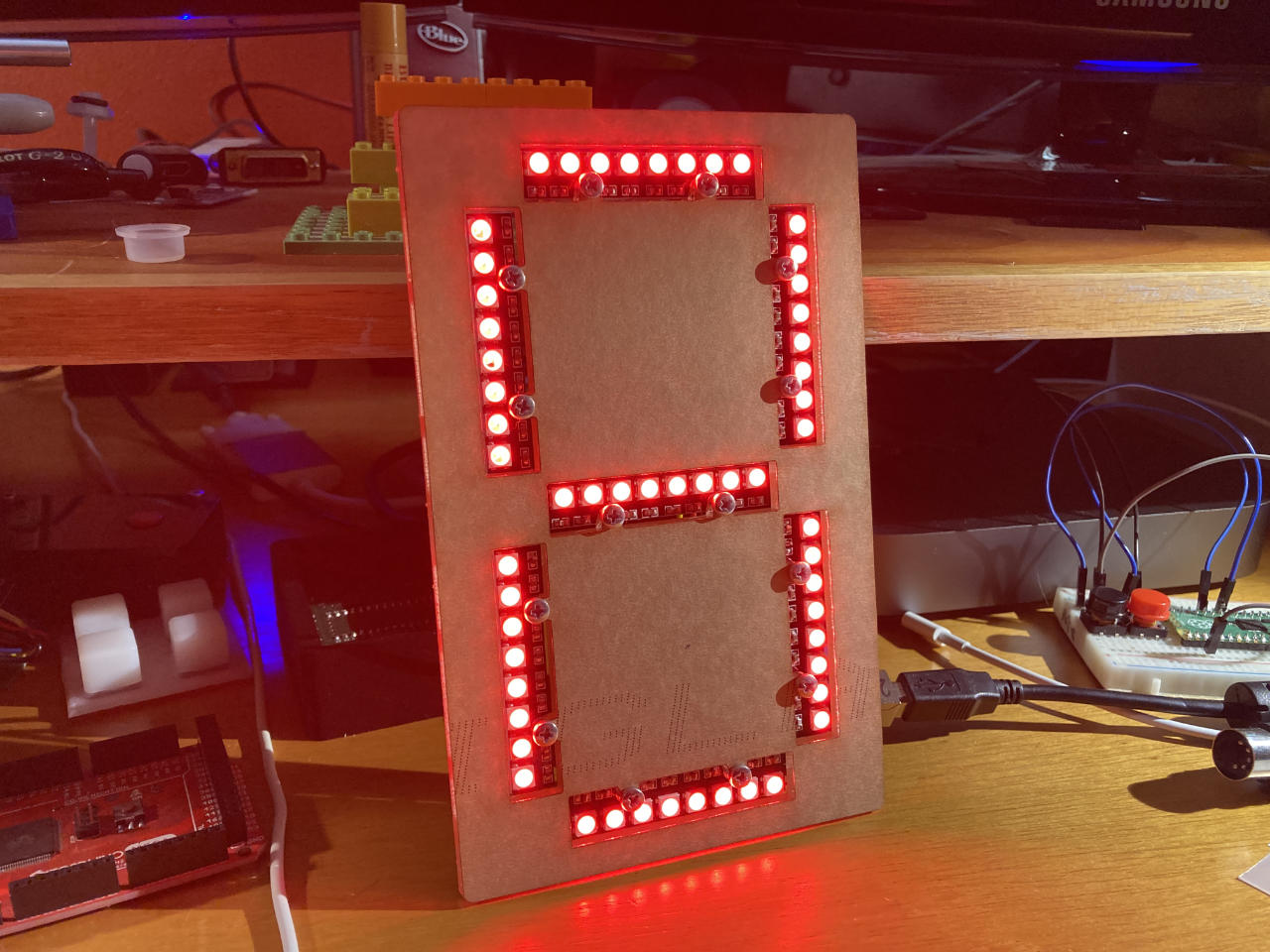 Now, there’s more to come, of course… I next made a front diffusion plate. I started by laser cutting a piece of black acrylic and sticking a piece of white vinyl to it. 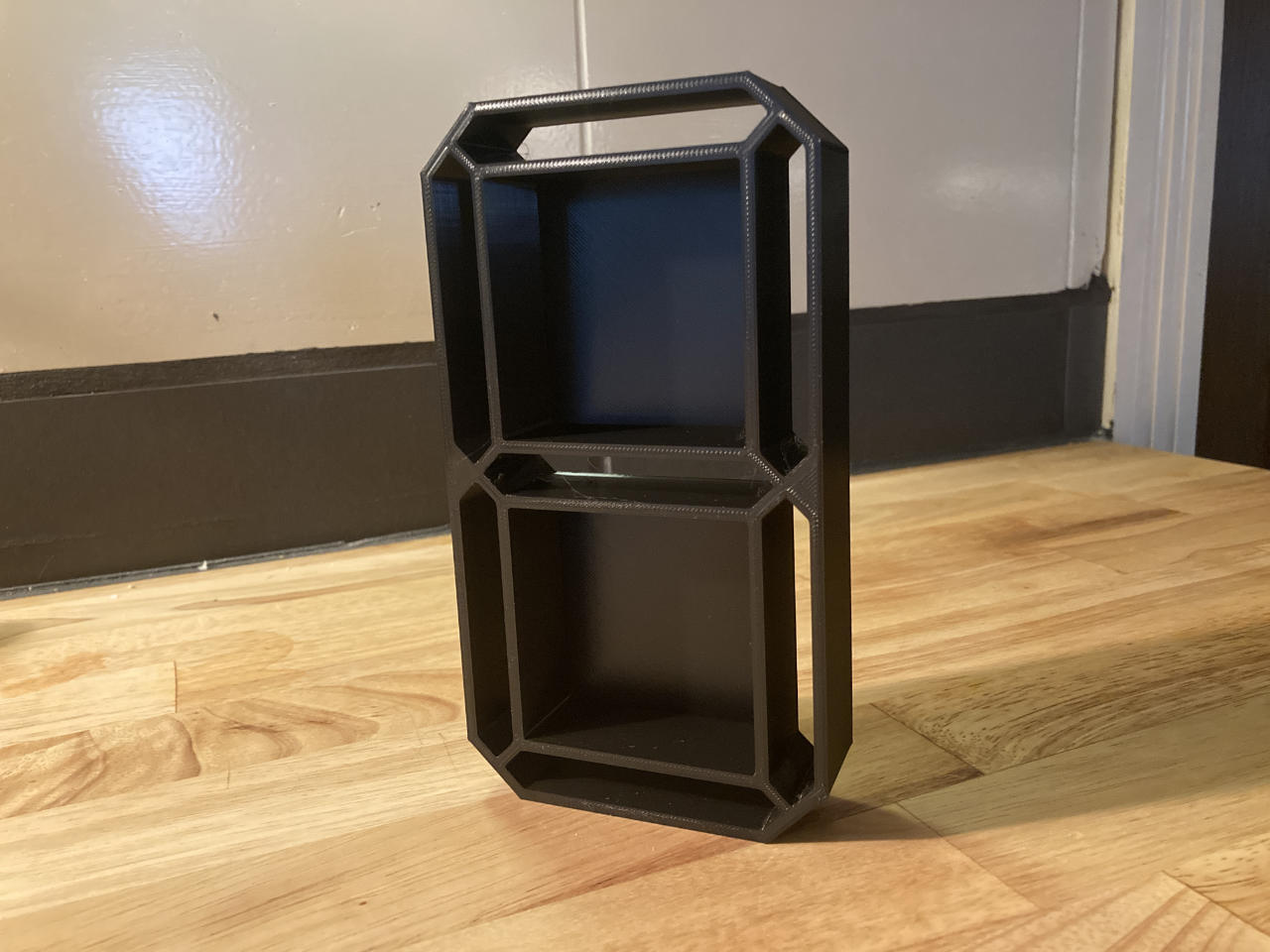 I know there needs to be a midsection with walls to isolate each segment, I just haven’t got that done yet… I did get a little ambitions and did a test print without properly measuring everything and it showed I should totally measure everything. I should also note this is the maximum size I can print a single object on my Prusa MINI. 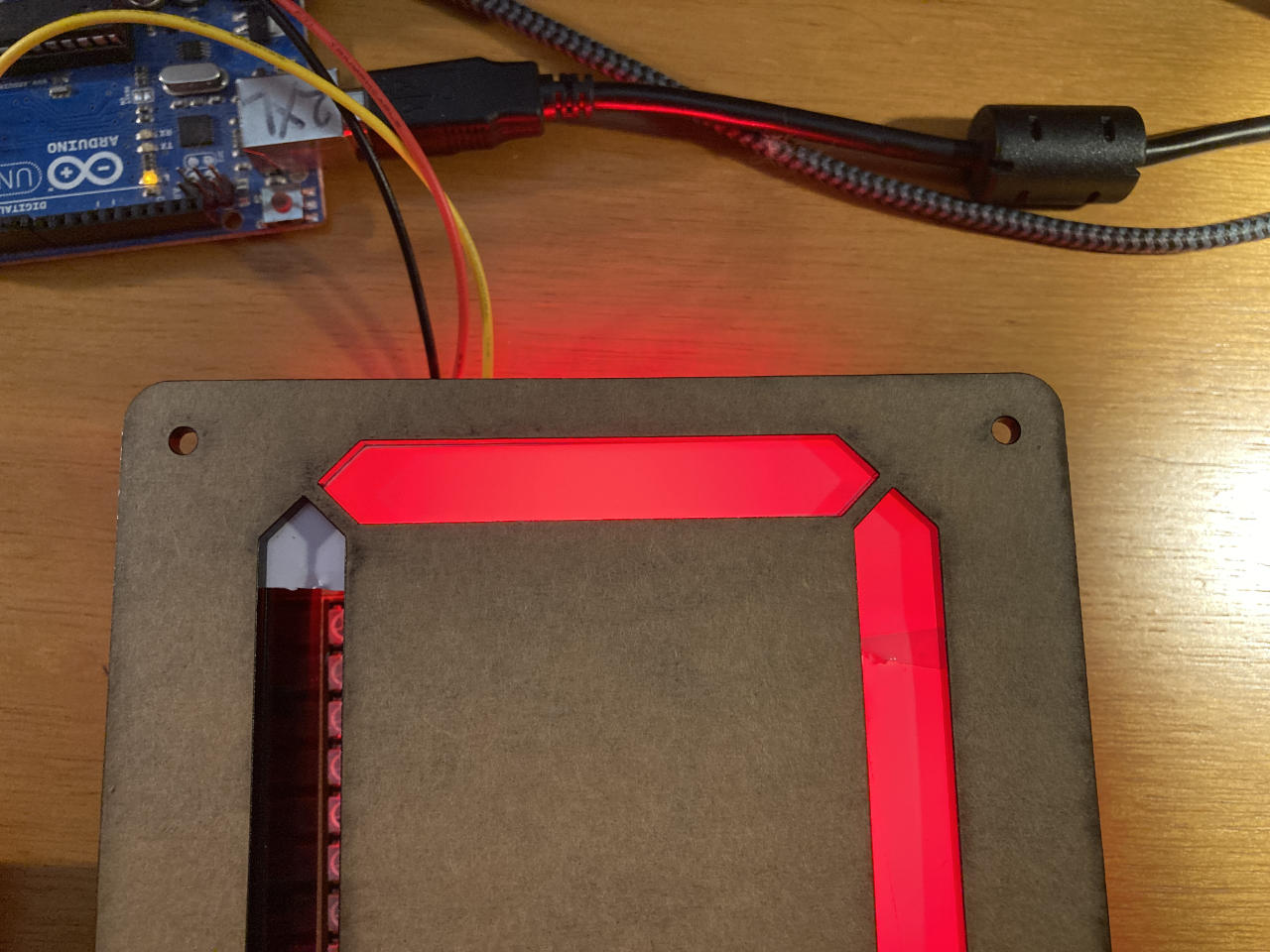 Now, the white vinyl was just a test. The idea was to use translucent white acrylic as a diffuser. The plan is to cut the black front panel, then cut the white diffusion segments so they fit perfectly into the holes when the panel is flipped over and the angled kerf of them makes the magic happen with the two pieces mating together. This worked. What didn’t work was the acrylic I got, which was 32% translucent. I got some 55% translucent later and that worked much better. (Photos of that will be in the next installment.) 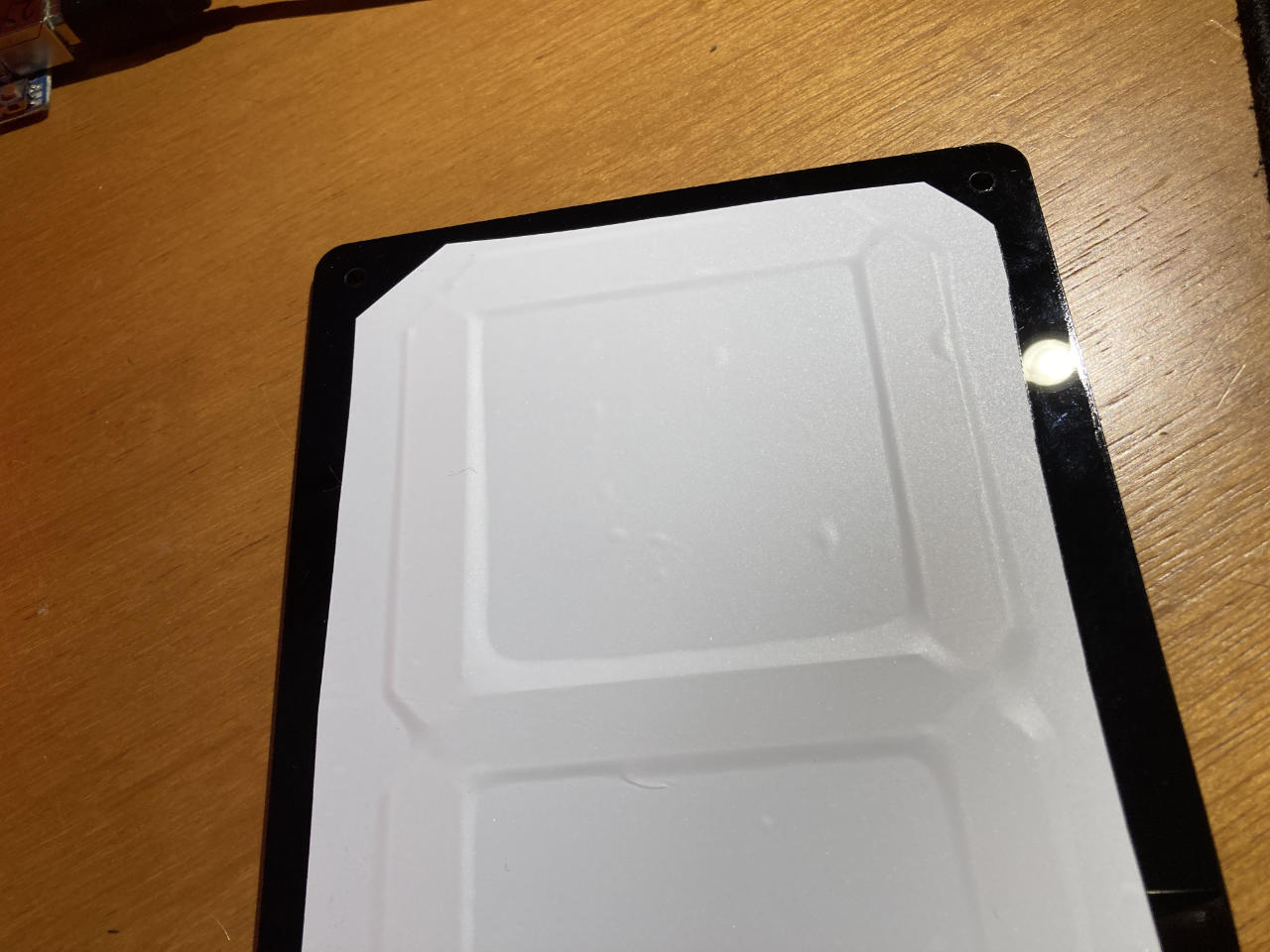 At this point, there are many pieces that work, but not all the pieces. Seems I got a bit busy with some projects for customers and had to put things on hold. So I figured it was worth writing up where this project stands so it will remind me to finish it at some point. 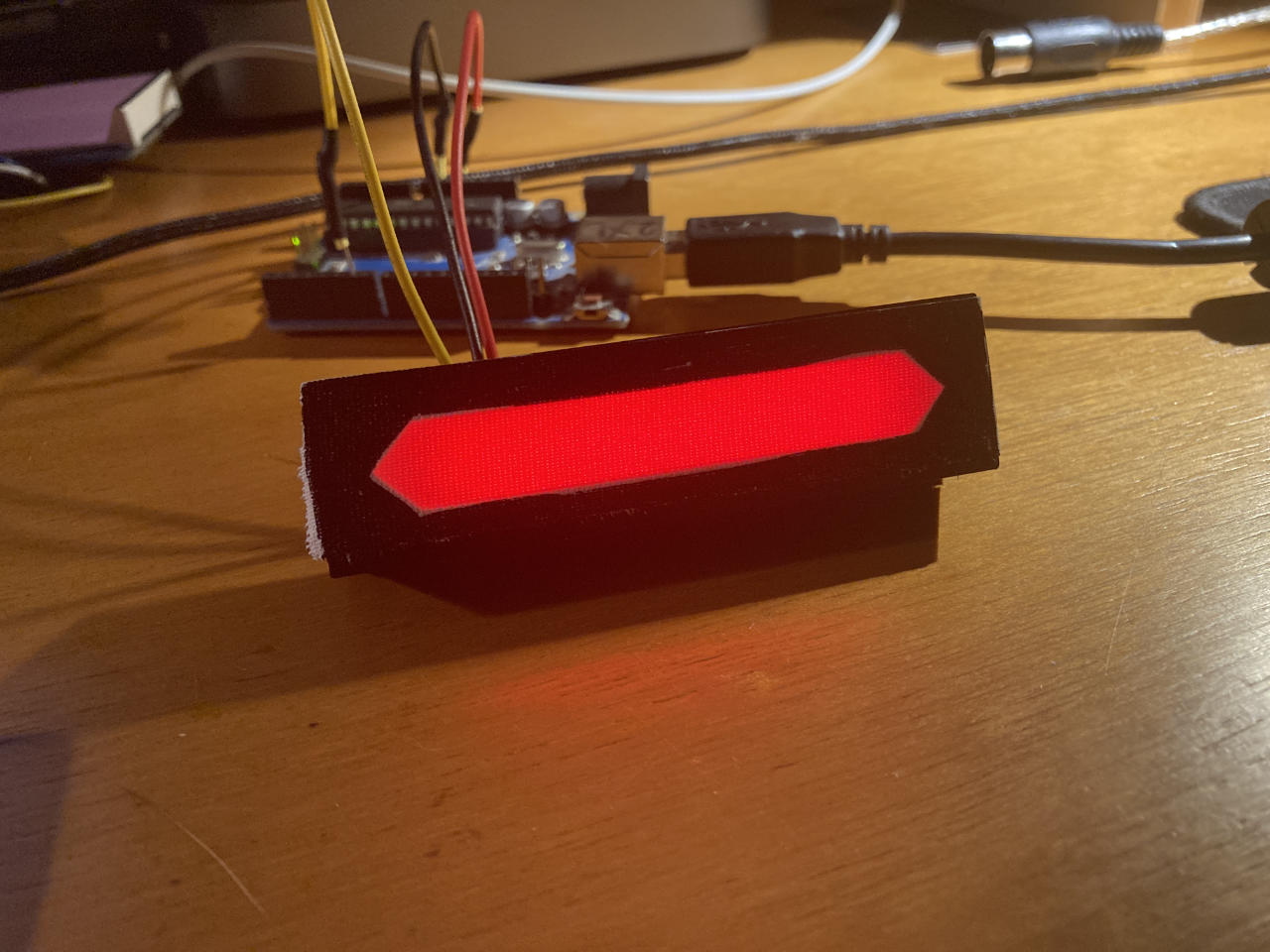