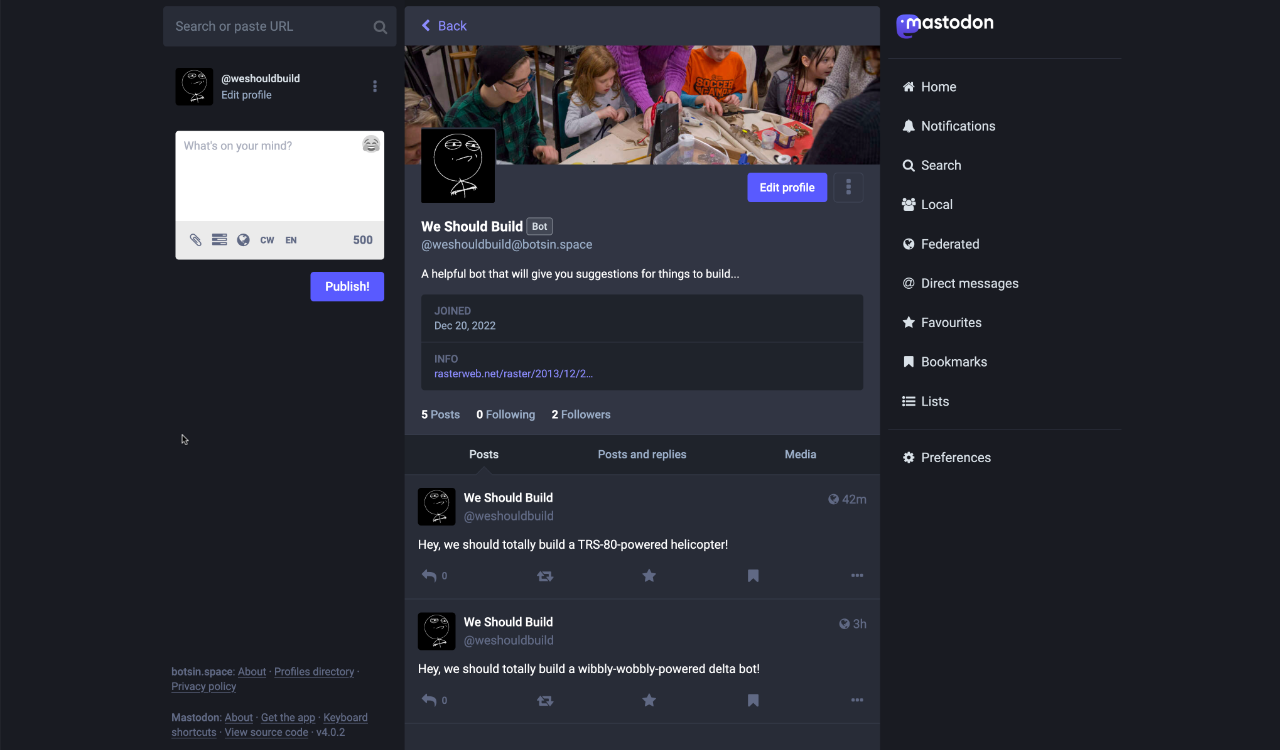 I joined Mastodon at the end of October 2022 (I’m @rasterweb@mastodon.social) and it’s been amazing. I can’t tell you how much I love a platform with no ads, no tracking, and no far-right extremists. So after (exactly) two months I’m pleased to be releasing my first Mastodon bot. If you’re interested, give a follow to @weshouldbuild@botsin.space

I’ve described it as “A helpful bot that will give you suggestions for things to build…” and it’s just simple and silly and it was an easy way for me to get started with bots on Mastodon. It comes from the work I did on the MMPIS at Milwaukee Makerspace.

I used Mastodon.py for this (GitHub and Docs) and even though I set out to dig deeper into Python back in 2020, things got derails (ha, as did the world) so my Python skills are still lacking, but this is seriously less than 20 lines of code and I had a fun time writing it.

Besides my main Mastodon account I have another account that is really just a backup account (for testing and… because backup) and two accounts on servers run by two friends on their own servers. I chose to put this on botsin.space because it’s specifically for Mastodon bots. (I also sent the admin a donation to help cover the server costs.)

I’m excited about creating another bot already, and I have an idea what I want to do. I think this will be a good way for me to flex my coding muscles since I’ve been writing the same sort of things for the past two years and more Python experience could certainly come in handy.