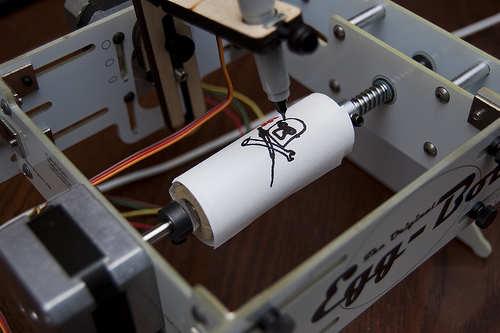 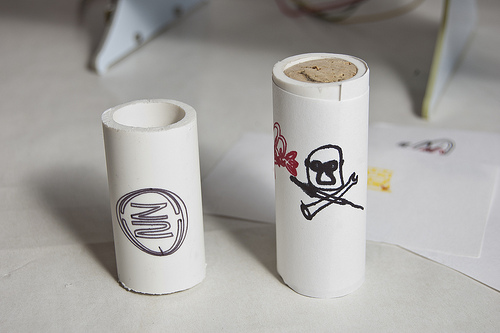 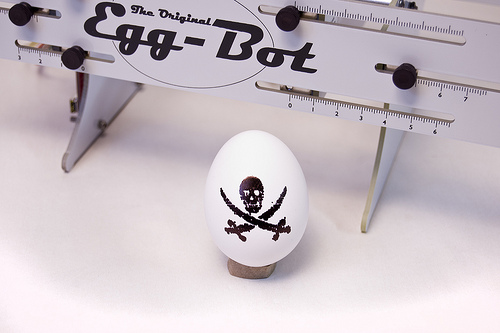 Since Egg-Bot is now fully-functional, I figured it was time to start making some SVGs of my own and doing some plotting…

Well, maybe “of my own” is stretching it a bit… The first one I started with was actually this jolly roger image, which I ran through the Voronoi Stippler, and then imported into Inkscape.

The plot took about an hour, which is probably way too long, as I could tell Egg-Bot was working it’s little motors out… Next time I’ll need to simplify things a bit when I create the stippling.

I’ll also be working on converting existing EPS images/logos to SVG files that are suitable for the Egg-Bot (and once I do, I’ll post them to Thingiverse.) For now, just keep an eye out for more egg-plotting fun right here.

(Note: For some reason Adrian Secord has removed the download link for VoronoiStippler.app, and his personal site stippling.org, does not resolve for me…) 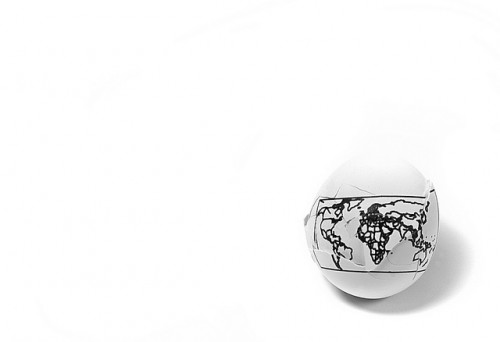 The state of our world… First plot… of many. Stay tuned!