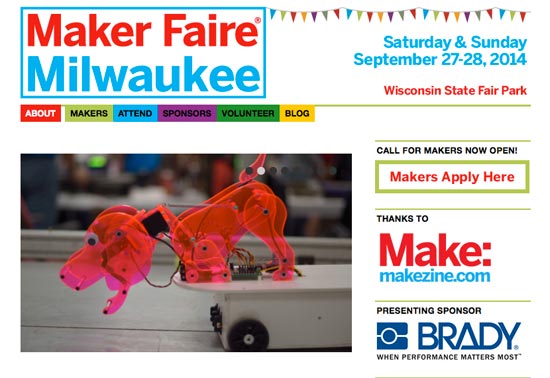 The news is out! We’re throwing a Maker Faire right here in Milwaukee! The fine folks at Milwaukee Makerspace in collaboration with the file folks at the Betty Brinn Children’s Museum have been planning for months (and months!) and can now officially announce our own Maker Faire. (And yes, it’s a full-scale event, not just a Mini Maker Faire. This is going to be big!)

Maker Faire Milwaukee is happening Saturday and Sunday September 27th & 28th, 2014 at Wisconsin State Fair Park. (For the record, this Maker Faire is within 5 miles of my house. Exciting!)

And best of all, this Maker Faire is totally FREE to attend, thanks to the sponsorship of many fine Milwaukee organizations.

So yeah, plan to attend, and check out makerfairemilwaukee.com in the coming weeks as we add more information. If you do the social things, follow @mkemakerfaire, like makerfairemke, and +1 all the posts.

If you’re interested in being involved or helping to run things, get in touch with me and I’ll point you in the right direction.

(And hey, I’ve got plenty of time to prepare my talk…) 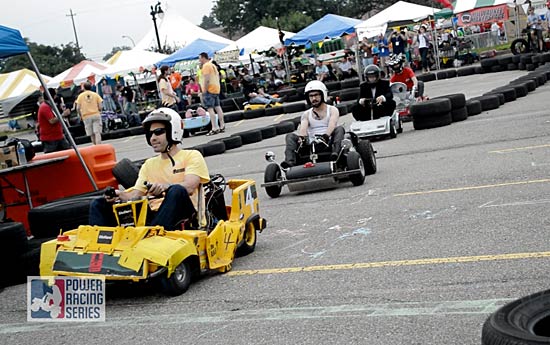 Heads up, kids! I’ll be at Maker Faire Detroit on July 27th & 28th, 2013, mainly to take part in the Power Racing Series, but I’m sure I’ll find time to check out the faire as well.

Milwaukee’s Team will be represented by great new crew this time around, including Audrey, Tony, and Chris, as well as Sean (our veteran) and myself. We’re hoping to bring 3 cars to the race… well, 3 working cars, hopefully. We’ll probably return with no working cars. 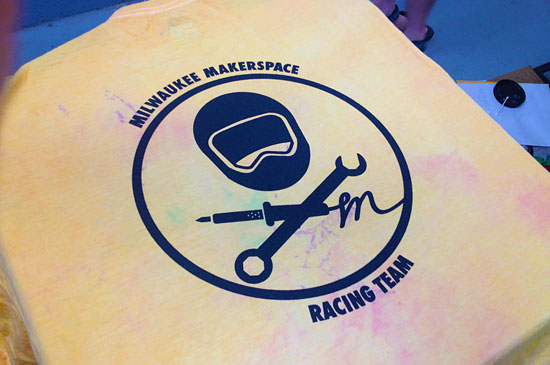 Special thanks to Mike Massie who worked on the racing team logo. He got it about 95% of the way there, and I supplied the last 5% (mainly by messing with the files he gave me.) So this year our team will have spiffy shirts, and to make them even more noticeable, I’ve dyed them all sorts of crazy colors. You should be able to find us. 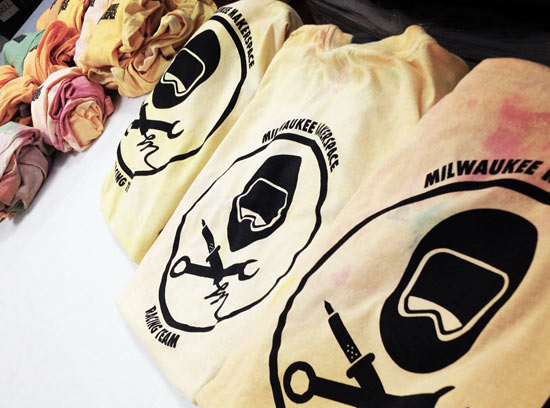 Anyway, join us at Maker Faire Detroit on Saturday and Sunday at 1:00pm for the races. It’s pretty entertaining. There will probably be fire. 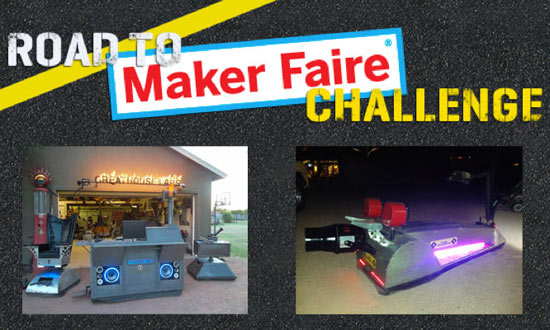 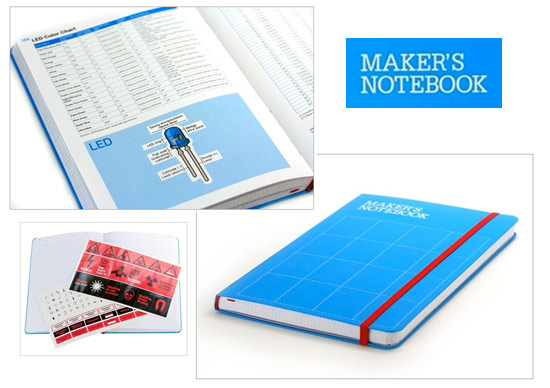 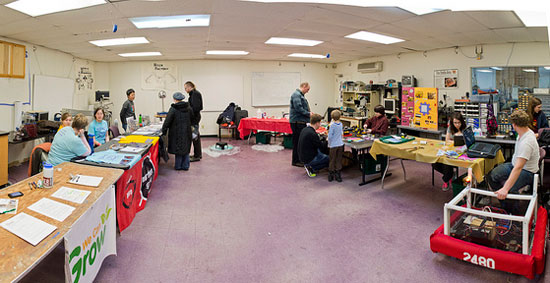 It’s been a busy past few weeks, and I never got to recap my visit to Minne-Faire and The Hack Factory in Minneapolis. 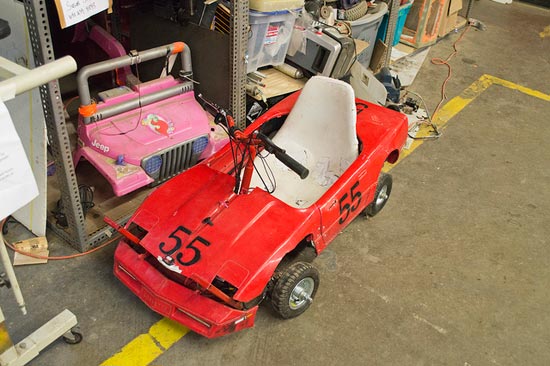 Our original plan involved Vishal and Matt W. from Milwaukee Makerspace taking Red Lotus to the faire for a demo race of the Power Racing Series. We certainly did bring the car, but with only one other car there, which was non-functional due to a bad charger, we ended up just doing a few demo runs and show it off. I also managed to get it up on two wheels, though without any video proof, which means I’ll have to do it again at some point. 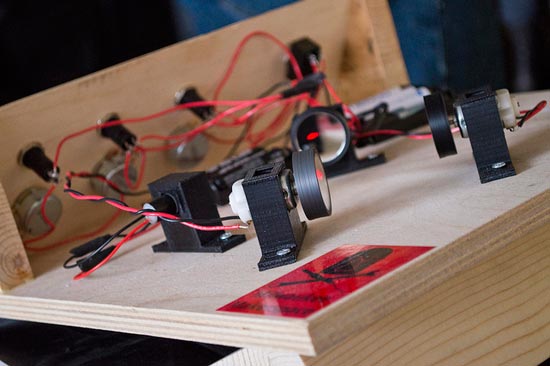 The other thing we brought was my Laser Kaleidoscope, which people seemed to enjoy. (I was also shamelessly asking for votes to get me to Maker Faire.) We had a table but really didn’t fill it with too much due to lack of space to bring anything big. We did give away stickers and buttons and showed some Power Wheels videos. It’s always fun talking to people about the maker movement, so that was cool.

I also got to meet John Baitchal, Adam Wolf, and lots of other awesome TC Maker folks including David and Laura and other members, but I’m not great at remember names. Oh, and just as we were going to leave on Sunday, Steve Hoefer from Grathio Labs. (He was in Iowa so drove up for the faire.)

The Hack Factory was a great space, with great people, and it was awesome checking out all the exhibitors and meeting many of the members. Hopefully some of them can make it down to Milwaukee Makerspace in the future.

Oh, you can find some photos over on Flickr, and yeah, I still have more to edit and upload.