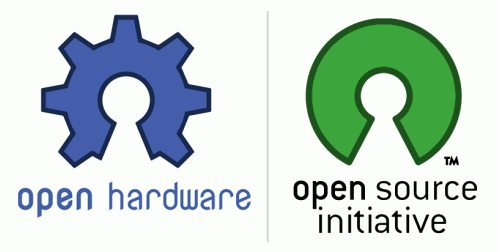 In our first piece, The Future of Open Source, I talked a bit about hardware, and touched on community, as well as mentioned a few specific companies. This time I’ll talk about specific pieces of hardware.

Let’s start with the Arduino. The Arduino is probably the most successful piece of open hardware. There’s an estimate of 300,000 Arduinos “in the wild” as it were, and if that does not count “official” Arduinos, I can see that number easily being double.

Recently Phillip Torrone published an article titled: Why the Arduino Won and Why It’s Here to Stay:

While it’s nice that Arduino is open source, and commercial use is allowed if you make a clone, it’s not the biggest reason, which is why it’s down near the end of the list. However, that isn’t to say it doesn’t matter at all. Specialized derivatives can be made without paying someone or asking anyone. It’s open source hardware so a company or school can use it without any per-seat licensing. There’s no risk that it will be discontinued and the software gone forever. If you want a new feature, you can spend the time and get it added. When thousands of people have a small stake in something, or ownership, they care more. Does anyone even debate if open source software is a good idea any more?

I think part of the reason the Arduino (and its clones) have flourished is due to the community built around it. Thanks goes out to the people who are really into doing things with Arduinos, and sharing their work with others, and helping out on the forums, and teaching classes, and basically connecting with others and evangelizing the Arduino platform.

The first Arduino I purchased was the “official” Arduino Uno, which I acquired from Adafruit Industries. I remember finding out about Adafruit from the web site ladyada.net, run by Limor Fried (Lady Ada) who runs Adafruit. The fact that she had shared so many project details online led me to her business, and I became a customer. My Uno is what I consider my “top of the line” Arduino, and I feel pretty confident that it will work with any shield I get, not have any weird quirks to work around, and that buying it supported the Arduino project. Chances are when a new “official” version of the Arduino comes out, I’ll but that one as well.

I do have other Arduinos, like the Boarduino, also purchased from Adafruit. I wanted another Arduino, at a lower cost, that I could dedicate to a project. It fit the bill, and supporting Adafruit was something I felt good about doing. I’ve also got a Diavolino, from the folks at Evil Mad Scientist Laboratories. As I mentioned in my blog post, The Diavolino comes in at about $13—less than half the cost of an Uno—though there are some compromises with the Diavolino. If these compromises don’t affect you, it’s a nice little Arduino board. And as for the folks at Evil Mad Scientist Laboratories, they’re pretty awesome, just like Adafruit, and I feel good supporting them.

Now we move away from the US and over to China. I’ve got two “Seeeduinos” from Seeed Studio. I know some people would prefer not to buy from China, and if these were cheap knock-off products from a questionable company, I’d agree, but Seeed Studio seems to be a pretty well respected member of the open hardware community. They were a sponsor of Maker Faire, they helped with the radiation detection project after Japan’s Fukushima incident, and they actually develop a number of innovative products. If all they did was make a cheaper Arduino, I probably wouldn’t be as supportive of their efforts. As it is, I think they provide some friendly competition for others in the Arduino space, and do plenty of other things to be a good citizen of the open hardware community.

I’ve already mentioned the Evil Mad Scientist Laboratories gang, and their Diavolino, but I’ll also talk about the Egg-Bot. I bought the Egg-Bot kit because I think it’s awesome. Here’s the description of it: “The Eggbot is an open-source art robot that can draw on spherical or egg-shaped objects.” See? Awesome! (I’m sort of a fan of art robots.) Now, the Egg-Bot is awesome, but it’s an open & shared kind of awesome. Every time I demo it, I explain to people that it’s an open source device, and you can download the software for free, and you can download the plans to build your own for free. I’ve see a SphereBot, a Completely printable Eggbot, a Fischer Technik Eggbot, and an EggBot Makerbot Attachment over on Thingiverse, as well as many Egg-Bot design files. (Heck, you could even make an Egg-Bot out of LEGOs.)

The point of all this is, the Evil Mad Scientist guys aren’t out to crush anyone who tries to make an Egg-Bot… they encourage it. They’ve grown a community of users who help each other out, sharing what they’ve learned along the way. This helps make people fans of Evil Mad Scientist Laboratories, and the Egg-Bot, and be more willing to support their future endeavors.

But hardware, just like software, and life itself, is often a compromise, consisting of grey areas, like the Teensy. While I used a Teensy for The Button, and it was perfect for it, I still hope to move to an open source alternative if possible. I covered most of this in my Teensy vs. Atmega32u4 Breakout Board+ post. I’ll get my hands on an Atmega32u4 Breakout Board+ and see how it stacks up against the Teensy for future projects.

So where does that leave us, and the future of open source? Personally, I see open hardware as a choice sort of like buying food. You can choose to support companies you know, like, and trust, and you can even go to the local farmer’s market and talk to the people who make the food. I hate to use the word “sustainability” (only because I think it gets overused) but I think it fits. A sustainable future through open source. Works for me…

1 reply on “The Future of Open Source (Part II)”

Very interesting, i think open source hardware is really an exciting idea. I hope it takes off the same way os software has. great read.