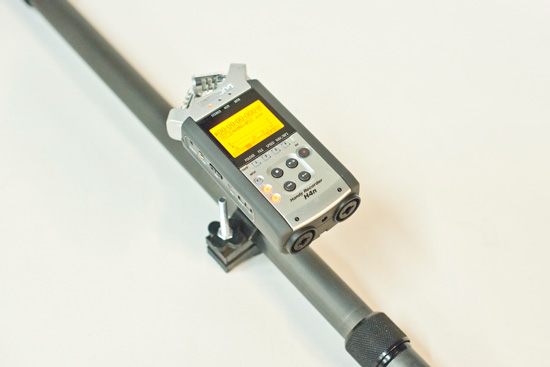 Recently I’ve been on a few shoots where I’m doing the audio, and if you’re holding a boom pole and trying to keep the mic out of the shot, it can be a bit difficult to adjust the recorder, which you’ve typically got resting on something nearby, or if you’re moving around, holding in your hand. Obviously I needed a “BPM” and this time it’s not “Beats Per Minute” but “Boom Pole Mount”, which will hold the Zoom on the boom pole freeing up one hand to made adjustments or, you know, help steady the boom pole. (Maybe it needs a better name, like “Zoom2Boom” or something.)

As often is the case… 3D Printing to the rescue! 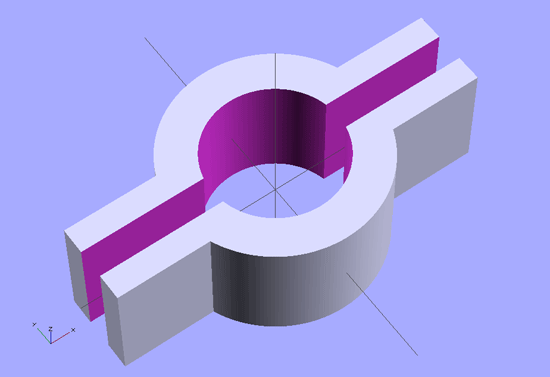 I measured the second segment of the boom pole and it came in at 30.2mm in diameter, so I fired up OpenSCAD and started to design a piece that would mount to the pole. (I should also note at this point that I’m not the greatest at math.) 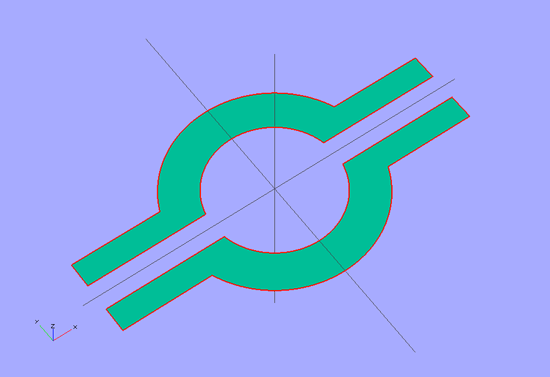 I thought that instead of printing a test piece I would make a paper prototype to test the fit, so I converted my 3D STL file into a 2D DXF file in OpenSCAD. I figured that wasting a bit of paper was better than wasting a bunch of plastic. It’s also much faster. 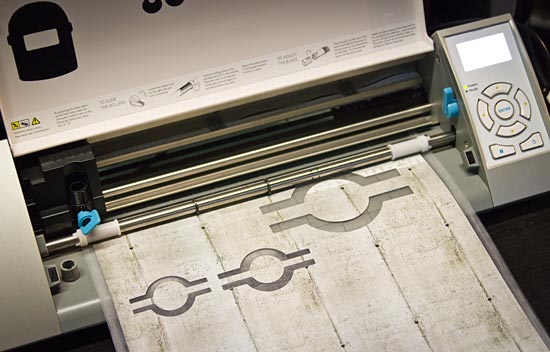 I used the Silhouette Cameo to cut my DXF file using a page from an old calendar. (Reuse! Recycle!) Of course once it was cut I realized that I used 30.2mm for the radius instead of 15.125mm. Drat! Lesson learned, you can use d for diameter instead of r for radius in OpenSCAD. 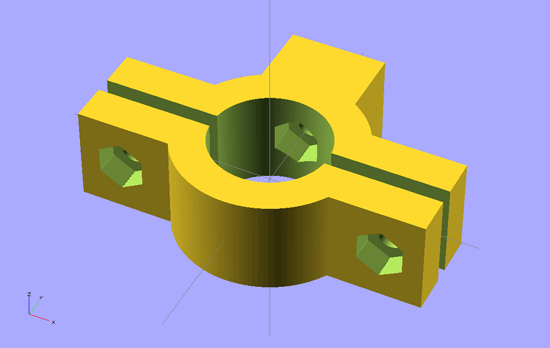 Back to the old drawing board, by which we mean the “constructive solid geometry” software. This is version 2 of the design. Version 1 was lacking the holes for the hex bolt heads to fit into on the flanges, and was a little thin. Version 2 seems to have resolved all the issues that version 1 fell short on. 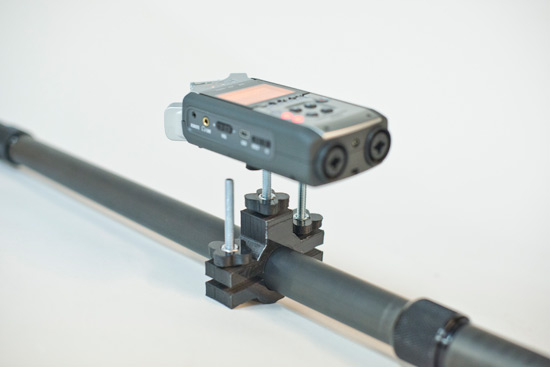 A few bolts, nuts, and knobs (just like the arm uses) and we’ve got a pretty solid piece that I trust to hold the recorder to the boom pole with. The one thing we may need to watch out for is over-tightening the knobs, as that could lead to cracking the plastic. I can probably solve this by adding more infill to the print (it’s at 35% now) or by a slight redesign. We’ll field test this one first though, to see how it holds up.

I’ll fire up the printer!