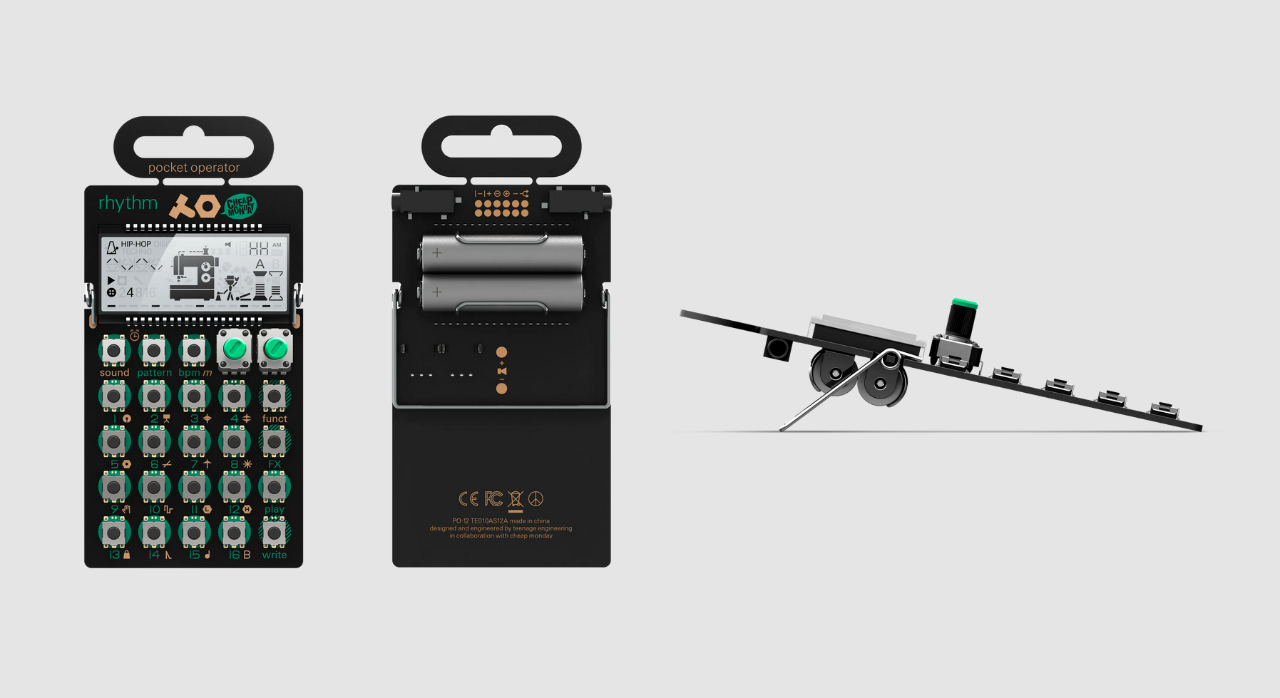 I’m kind of in love with the Teenage Engineering Pocket Operators. I first saw one a few years ago. One of the guys I worked with at the time had one on his desk and I picked it up, pressed a few buttons and was like “Meh, I don’t get it.” Honestly it seemed like a toy, and kind of difficult to use. Both are true, and false.

The Pocket Operators are serious little machines capable of producing some amazing sounds. Part synthesizer, part sequencer, with the ability to sync with each other and with other devices, they’re just a ton of fun. I’ve only been playing around for a few weeks, but I’m hooked. And yes, they do look like “tricked out calculators” as Dana describes them.

They are pretty minimal as far as the user interface, which keeps them pretty cheap. There are 23 buttons, 23 LEDs, and two potentiometers, and a little one-color LCD screen which does not light up (so using them in the dark can be a little difficult). Through these inputs and outputs you can program sequences, adjust all sorts of parameters, create and replay patterns, and tweak the hell out of it.

I grabbed the PO-12 Rhythm model (which is “drums”) last month and had so much fun with it that after a few days I grabbed a PO-14 Sub (which is “bass”) to go along with it. They all operate somewhat the same so (to a certain degree) once you learn to use one, you can use others.

At first I was a little disappointed in the PO-14 Sub, I think because the PO-12 Rhythm was so awesome, but it just took a little more time to discover the awesomeness of the Sub, which also has a mini-drum sequencer built into it. Teaming them up together is also pretty cool.

Also, these things are super-portable, run on AAA batteries that should last a year or two, and work great with headphones. I’ve got a bit of a synth setup happening in my home office, but being able to grab a Pocket Operator and going outside or sitting on the couch at 5am and just building up some beats is extremely satisfying.

While I used the term “building up some beats” I should say that this is actually programming. Back when I used to build museum exhibits one of the components I designed for an exhibit was a step sequencer that kids could “program” and then “run” to hear the results. We had educational information about how programming a sequencer was like programming a computer – basically telling a machine what to do. I think when we talk about kids (or adults!) learning programming, we often just jump into computers and careers and don’t look at the bigger picture.

If you are unaware, long ago I was in a number of bands, and not quite as long ago, I was recording music. I enjoyed both of those experiences greatly, and getting back into making music (if you can call this that) has really got me excited about creating again, and sort of got me past a creative block I’ve been stuck in. So, I’m actually willing to say making noise with these things has improved my mental health.

There are so many YouTube videos (and just a few blog posts) about Pocket Operators, so I’ll share a few favorites below. Again, these devices are awesome! I mean, I don’t know that I’ll get all of them but, what? Oh wait… did I just order another one!?!?