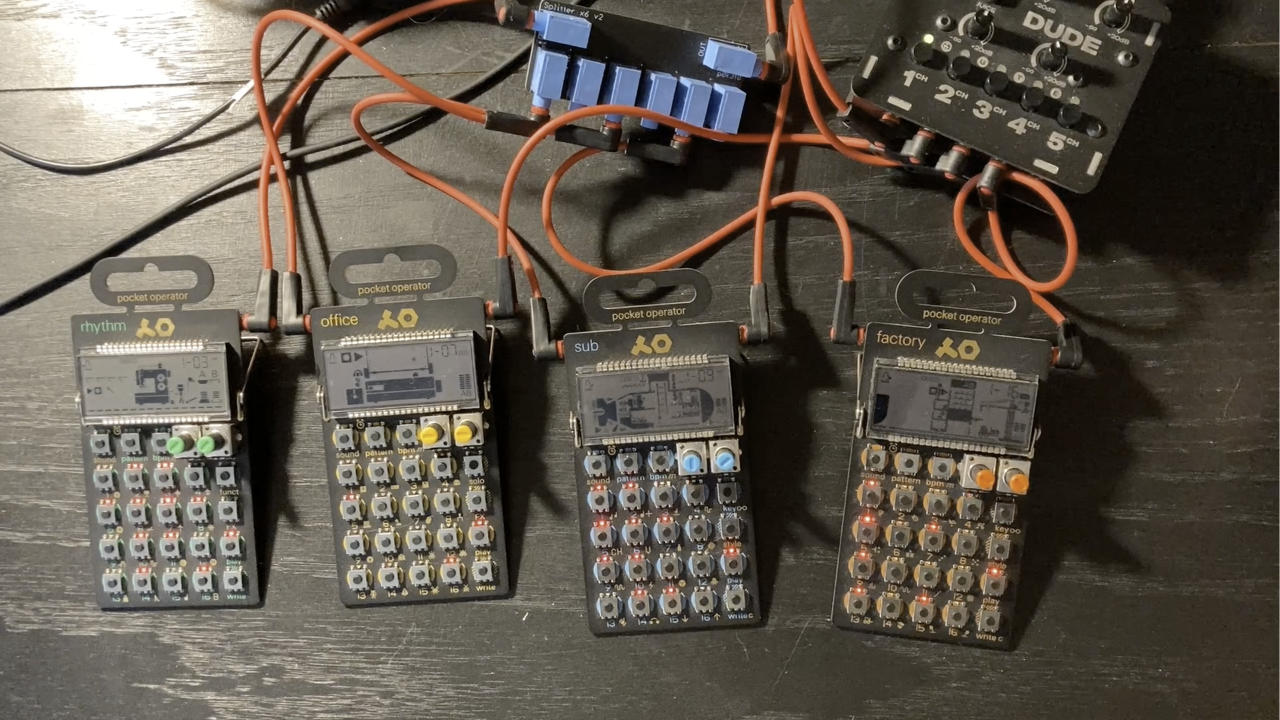 If you’ve seen one of my Pocket Operator videos (like this one) you may have wondered how I have things hooked up. Since people seem to ask every now and then, I thought it would be helpful to just write up a post. So here it is.

If you have two Pocket Operator you probably know that you can sync them up, and audio will pass from the first unit through the second unit. The 1/8″ TRS (stereo) cable will carry the sync signal on one channel and the audio on the other. With two Pocket Operators you can adjust the volume for each and usually get a decent enough balance for the final output. It works. Mostly.

But what if you have three or more Pocket Operators? Well, you can still chain them and sync them, and the audio will carry through all of them, but it gets more difficult to adjust the volume on each one, and getting three or more chained together with equal sound levels at the end is… rough. So here’s my solution.

I got a sync device from the p0k3t0 shop on Tindie. Specifically I use the Sync Splitter for Pocket Operators – 7 Way. (There’s a 5 Way and 9 Way as well.) This device allows you to run the first PO into it, then split the sync into 6 output signals (for 7 more Pocket Operators) and then it also passes through the audio from the first PO.

So the Sync Splitter is the output for the first PO, and every other PO outputs audio as normal, and now you’ve got X number of audio signals where X is the number of Pocket Operators you have. In my case it’s four. (For now. I’ve still got my eye on the Arcade.) 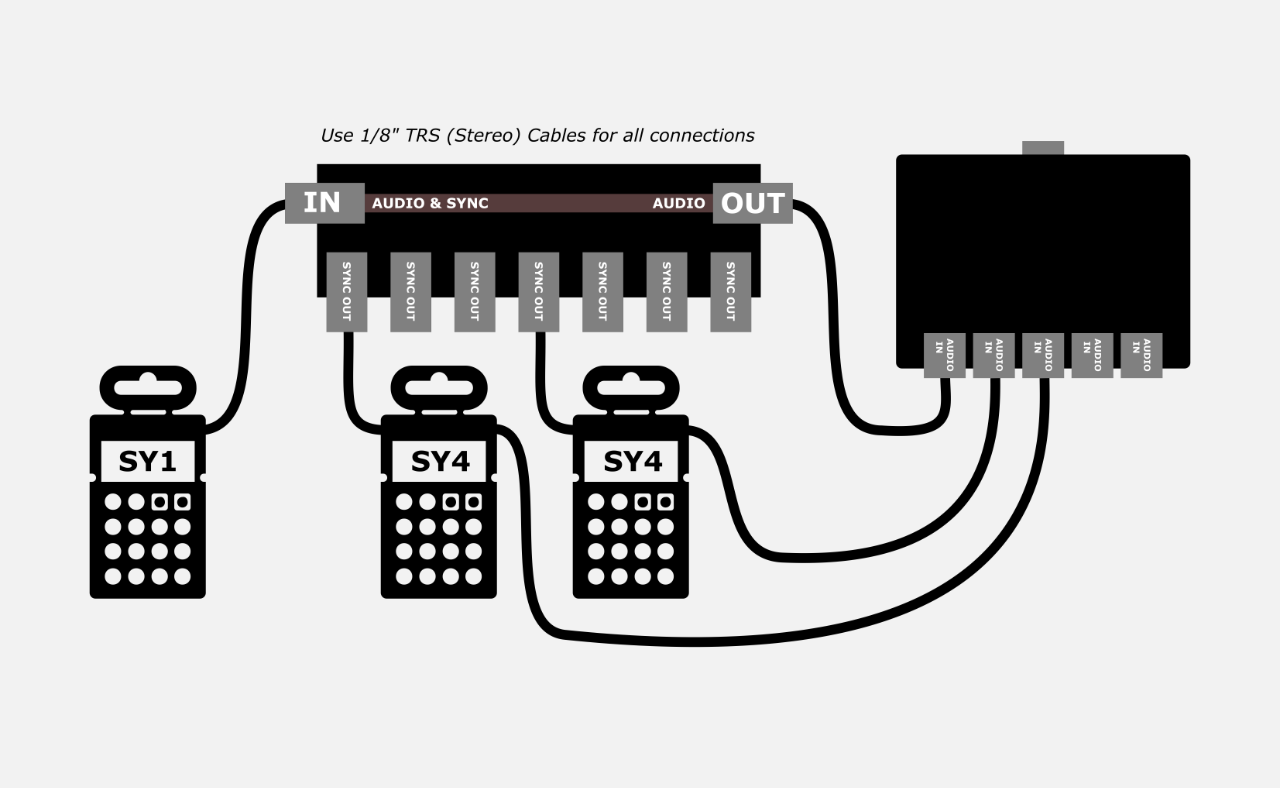 Note that all cables are standard 1/8″ TRS Stereo Cables. No mono, no splitters, etc. The exact cables I use are these short red right angle cables.

Okay, so I’ve got four Pocket Operators each with their own output and I need to do something with them… so I plug them all into a Bastl Dude Mixer. I love that little Dude! It’s small, runs on four AA batteries (I use rechargeables) and it has five inputs, so if you’re doing a jam with 5 or less Pocket Operators each can have its own channel. Each channel has its own volume control and a mute button so you can do punch in/out easily for each PO. 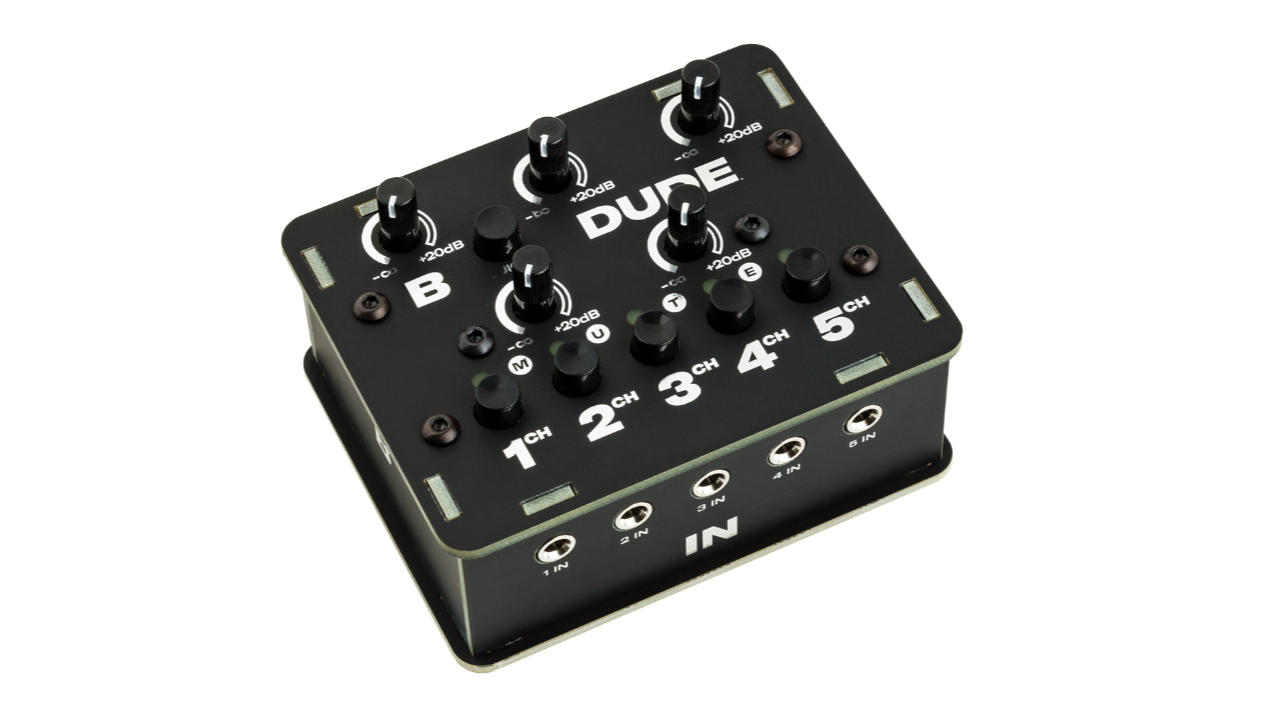 Any multi-channel mixer should work fine, but the Dude has 1/8″ instead of 1/4″, runs on batteries, and it’s tiny. It’s sort of a perfect fit for the little PO crew, and it works well for my needs.

This post is long enough so I won’t get into the actual recording technique. I’ll save that for another post. Cheers! 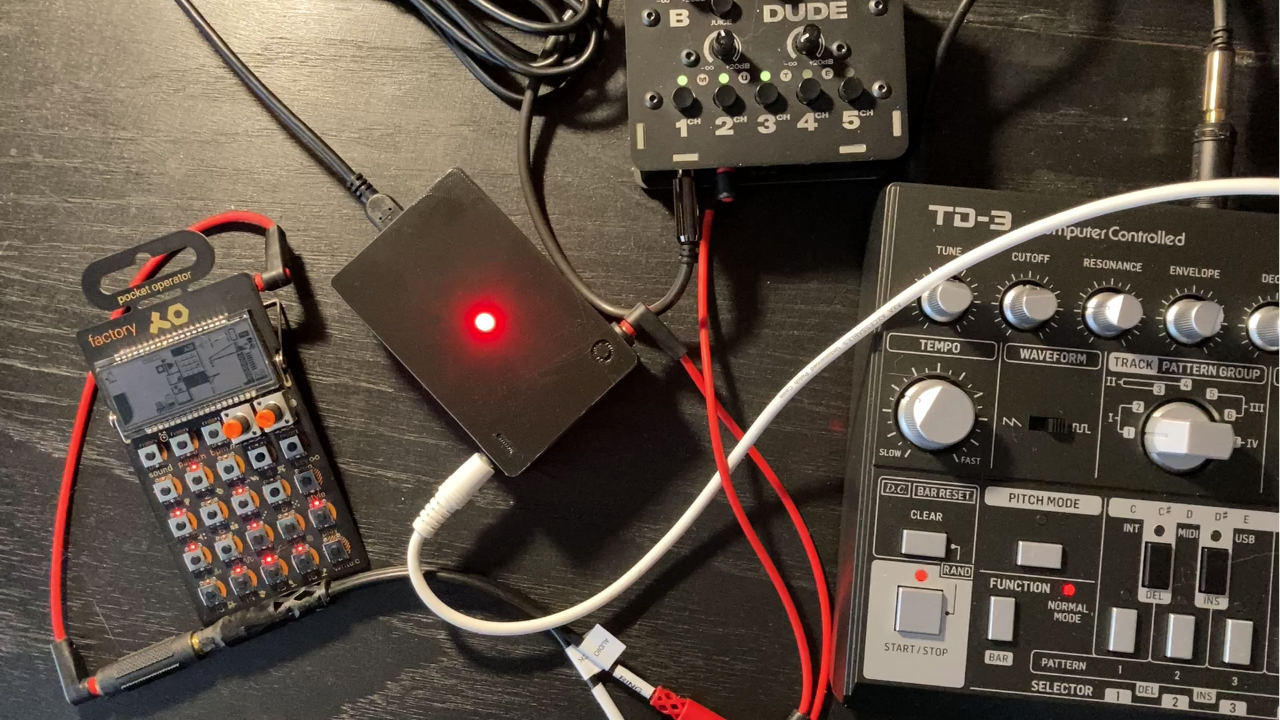 Last year I wrote up Syncing a Behringer RD-6 to a Pocket Operator via a Pi Pico which was more of a “wow, this works!” thing than a good explanation. I say that because a few people thought it was nice, but didn’t quite understand it, or wanted a diagram, so here’s a diagram… 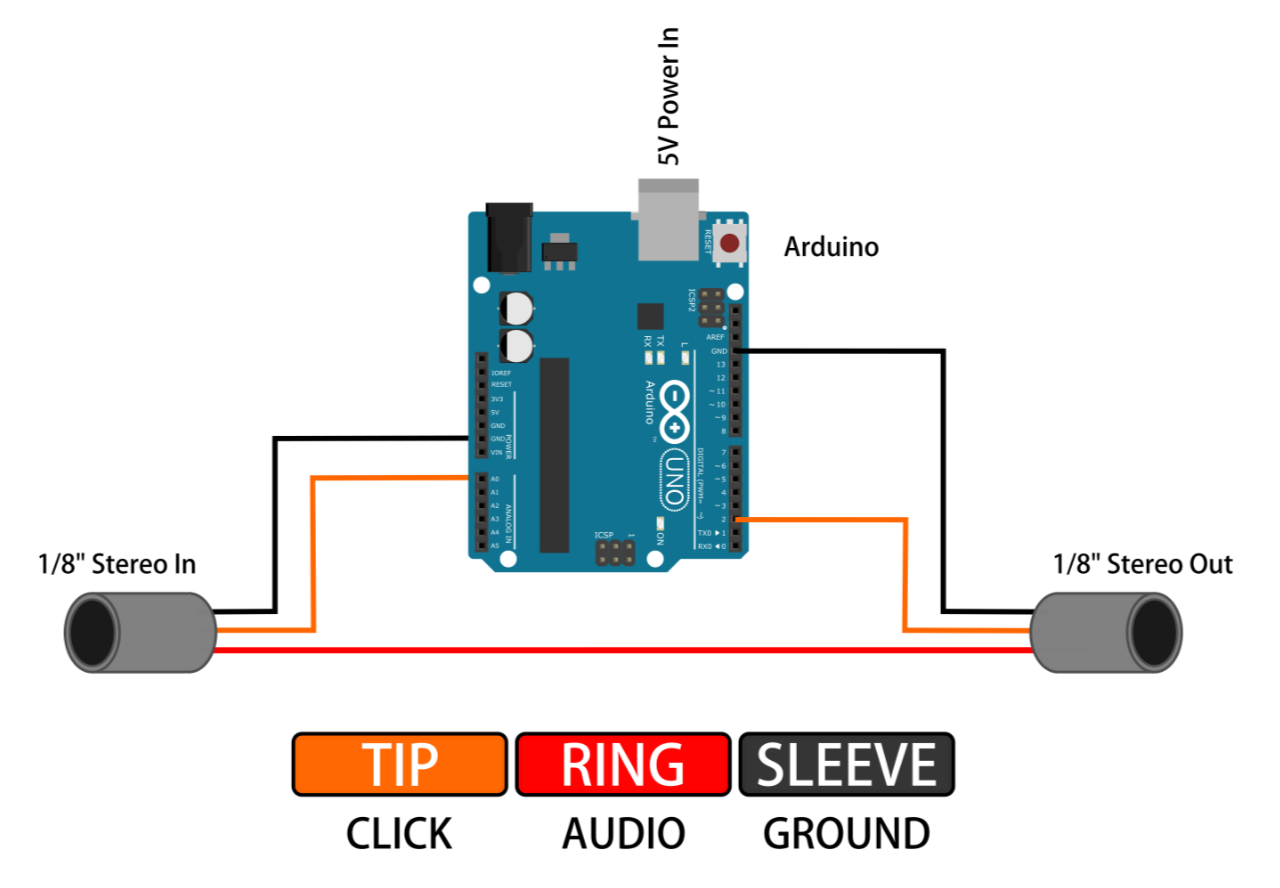 As previously mentioned, the Pocket Operators are awesome, and they can sync with each other, but can’t always sync with other devices. They put out a 1 volt signal for the sync track (the “click”) and most other electronic devices want something higher, like 2.5 volts, or 5 volts. The Behringer RD-6 wants over 2.5 volts, so you cannot sync it to a Pocket Operator, but now you can with this device! 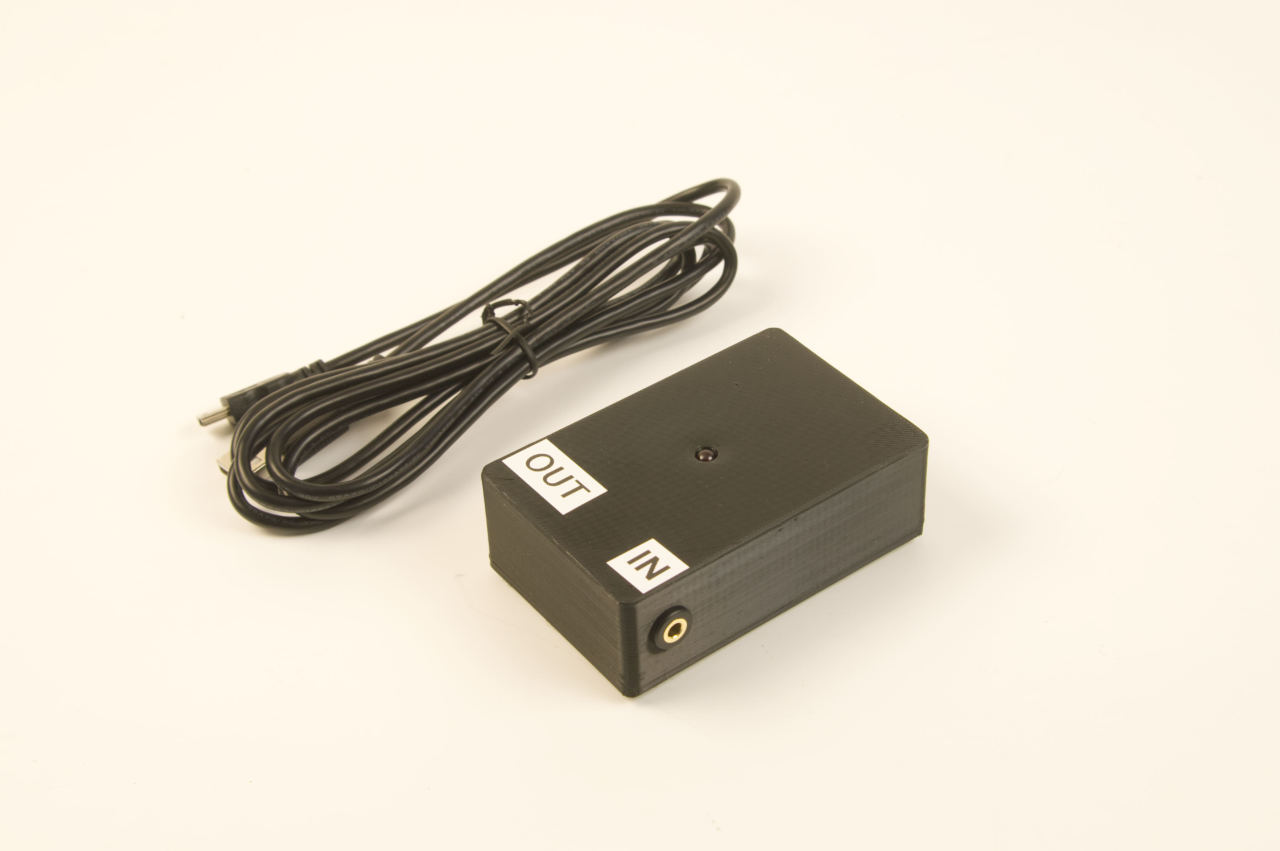 This basically reads the 1 volt from the Pocket Operator, and then outputs 5 volts that the Behringer RD-6 can recognize as a sync in signal. While the RD-6 has a sync out port, there are reasons you may want to have the PO be the primary and the RD-6 be the secondary. There’s also the Behringer TD-3, which (oddly enough) does not have a sync out port. 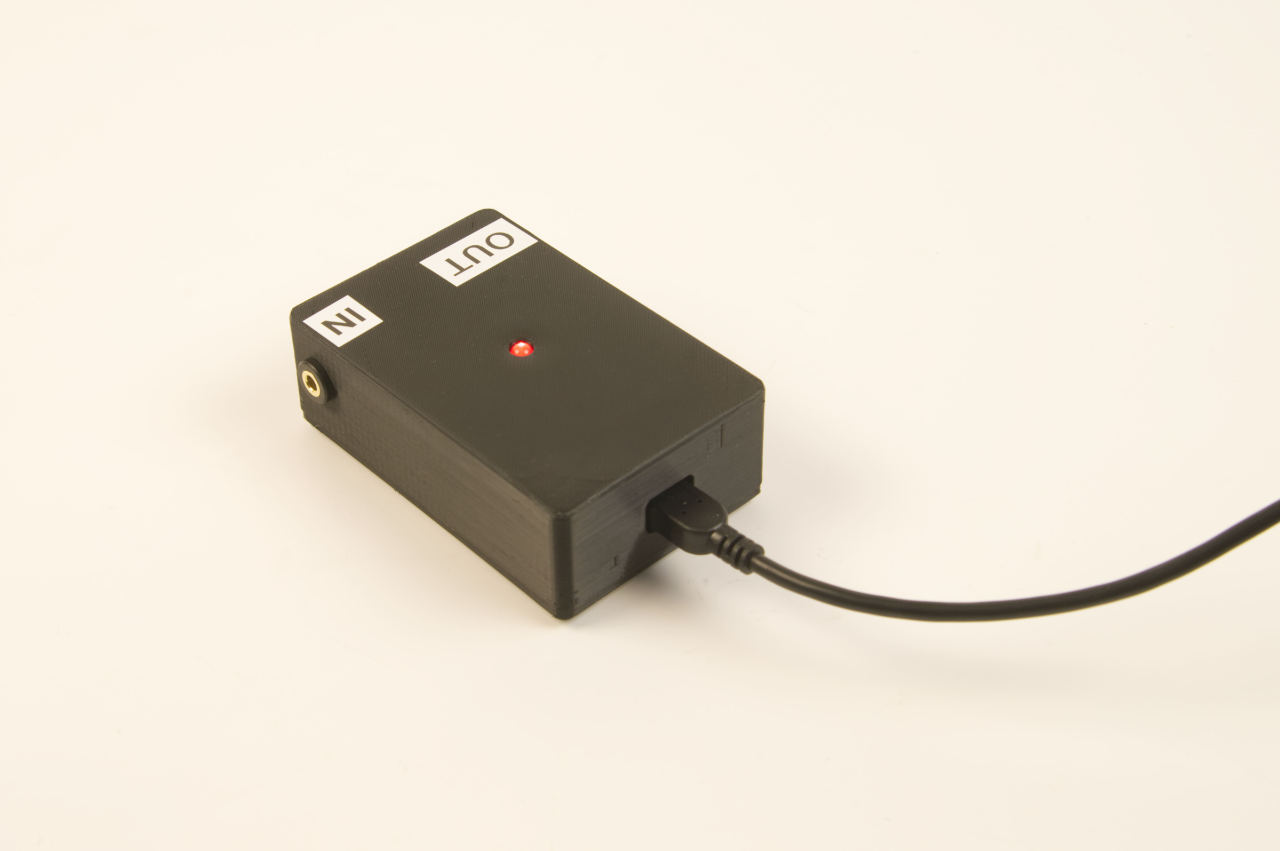 A guy named Oscar got in touch and asked if this worked with the TD-3 and at the time I didn’t have one. Well, I have one now, and it works great. And since the TD-3 does not have a sync out port (!?!?) this is the only way (without additional hardware) to sync a TD-3 to a PO. 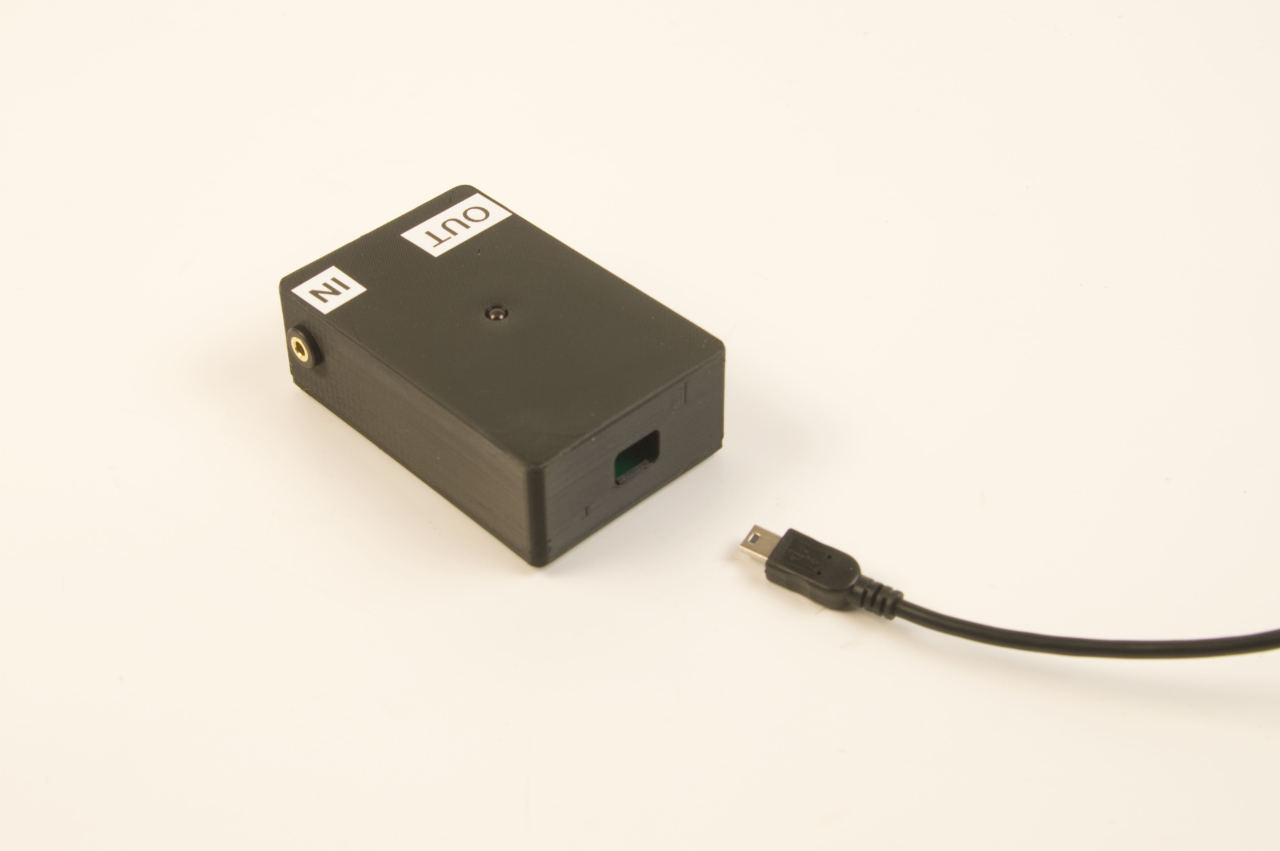 I built one (using a Nano, not an Uno) and I’m sending it to Oscar to test out. He’ll need to provide a USB power source and a splitter cable to get it working. (He’s got both already. Most Pocket Operator nerds probably do.) 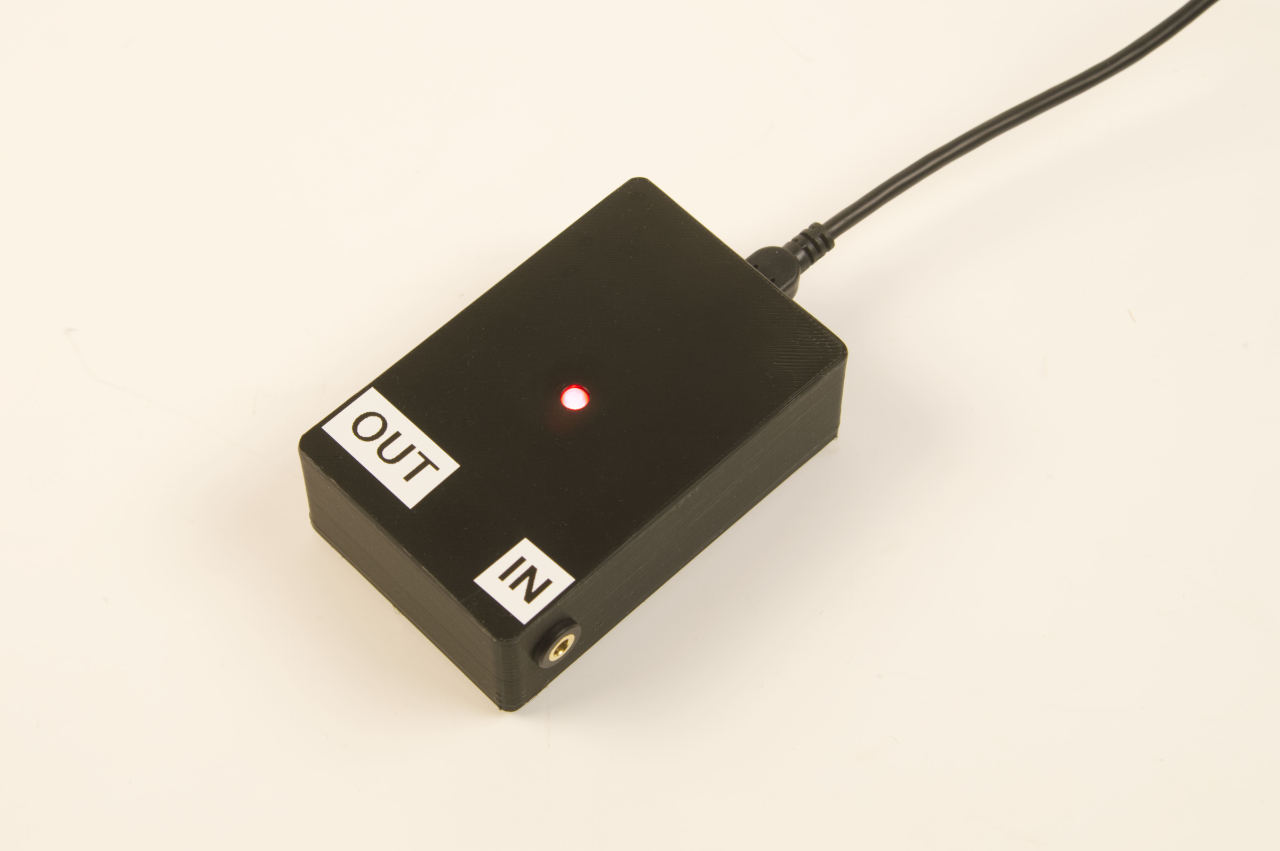 I did make one mistake on this device… I actually incorporated labels into the enclosure. I for “In” and O for “Out” and when assembling it I didn’t notice I had it backwards until testing. Oops! So I just stuck some labels on the top, and now In is on the right and Out is on the left. If I make another, I’ll do it right next time. Oh, I also realized I could probably just build a splitter into it by adding another jack, so I may do that as well. (Though that will increase the size of the enclosure a bit.) 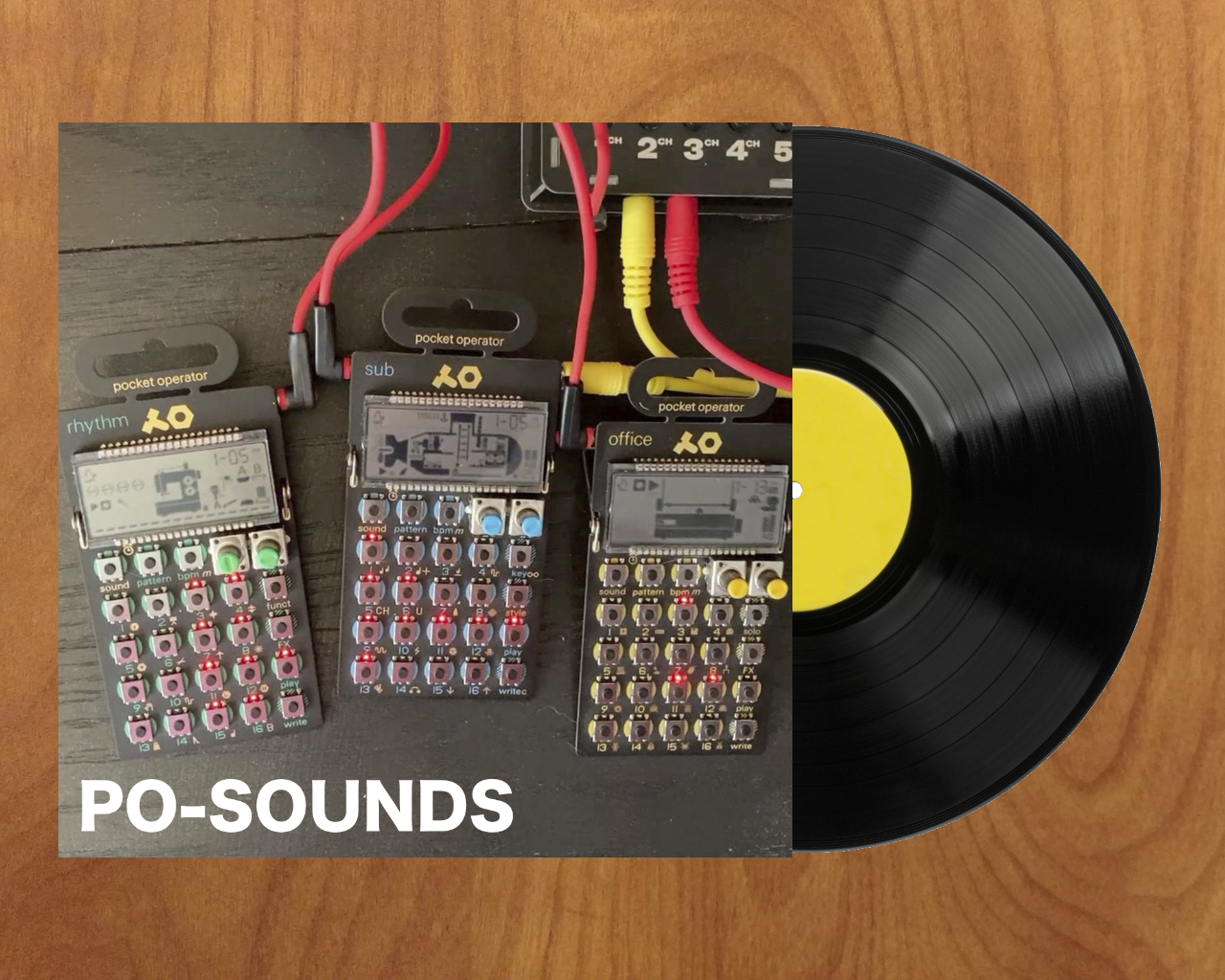 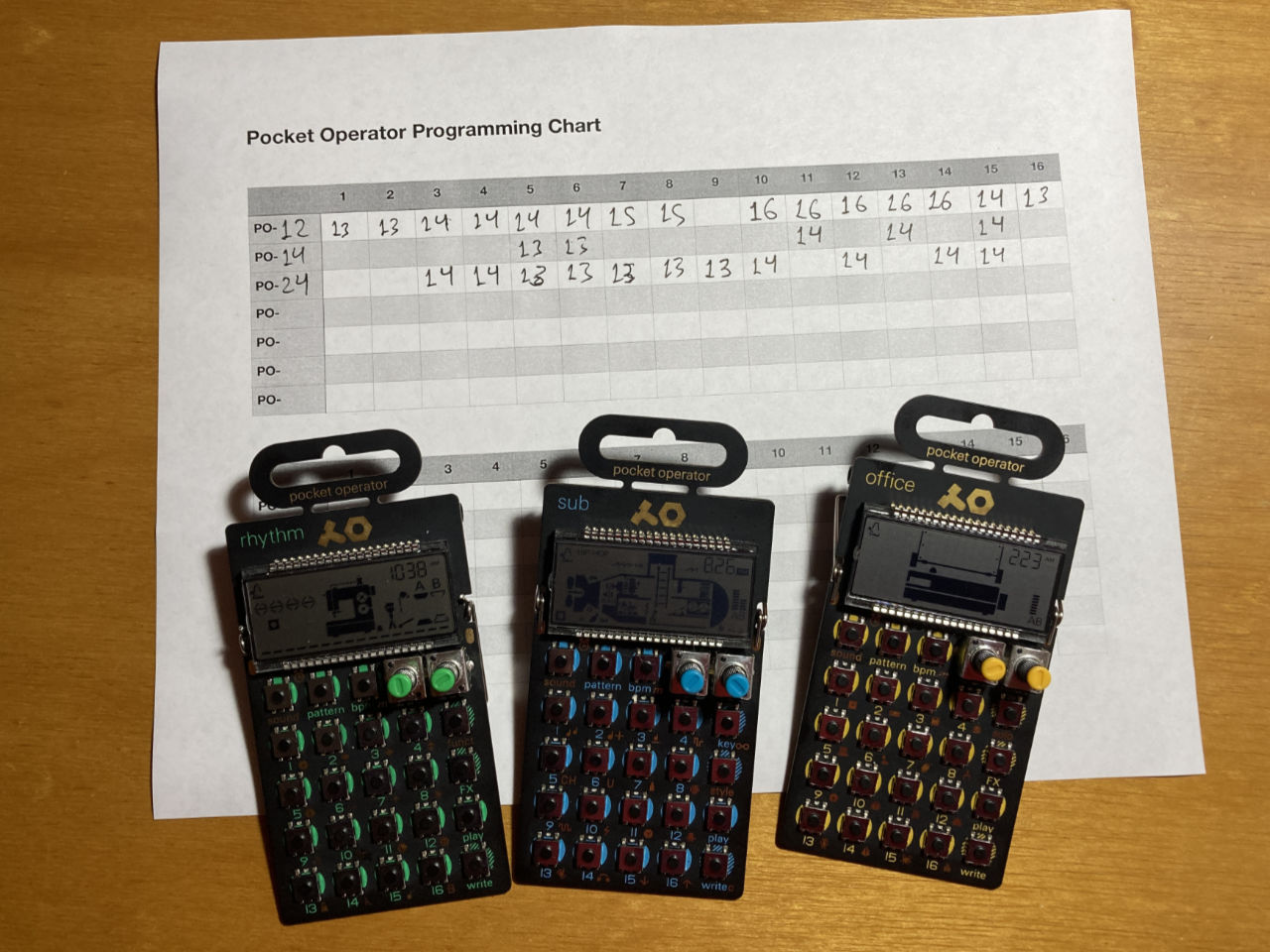 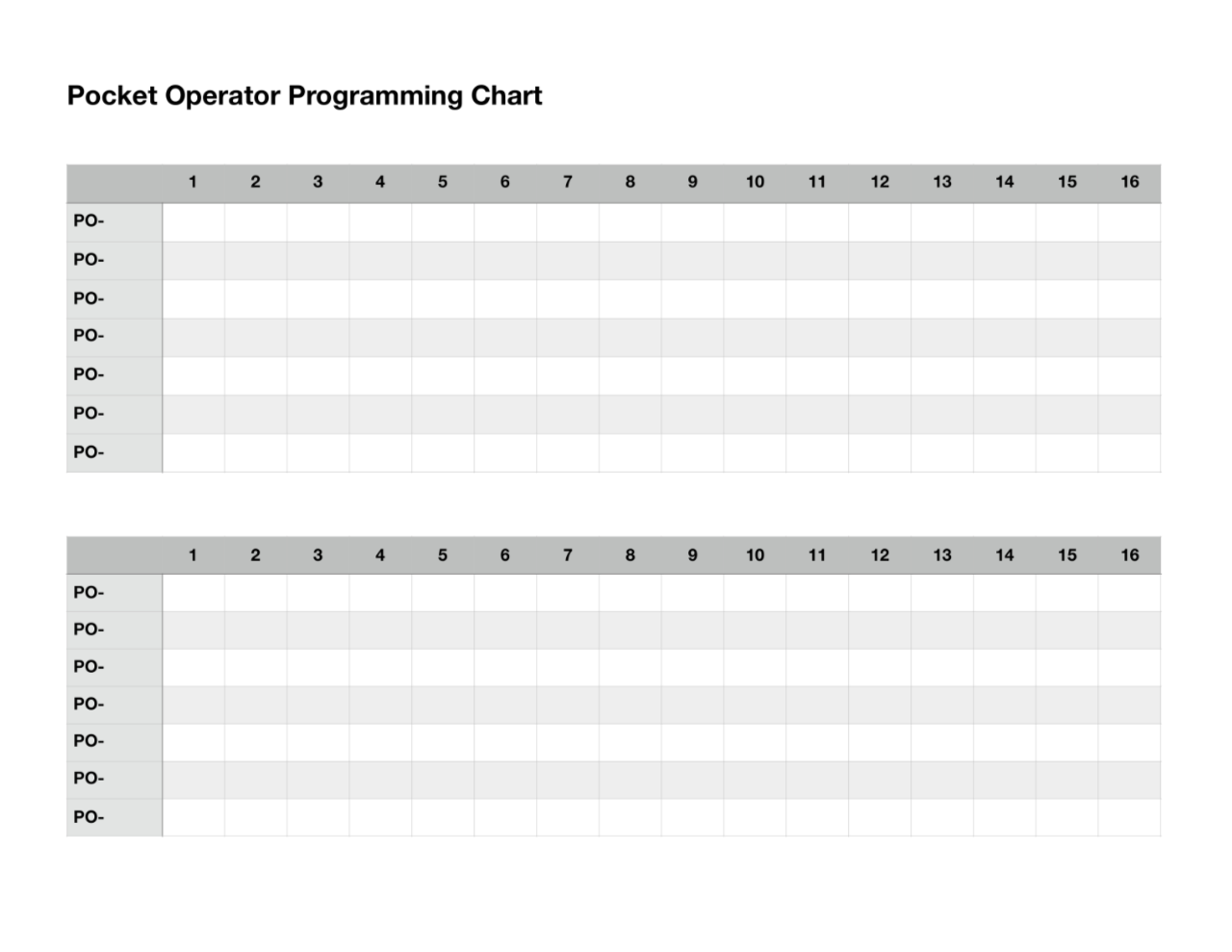 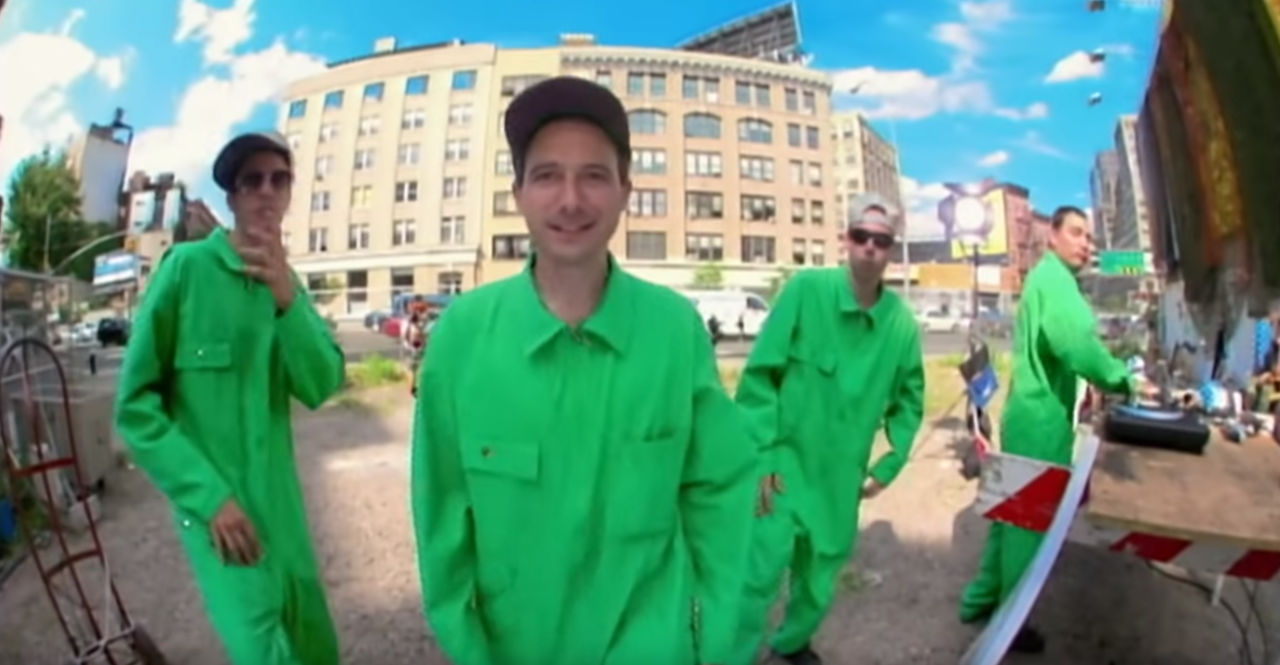