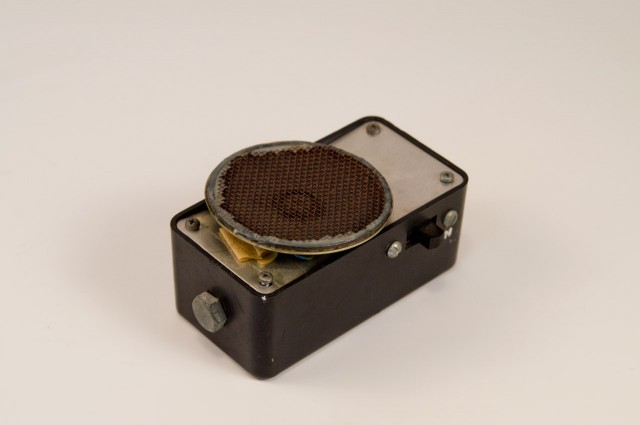 I came across a treasure in one of the (many) boxes of “old things” in the basement. What you see is a Radio Shack project box with a speaker and a switch on it. Yeah, it’s a noisemaker, and I built it in the mid-1980s.

Fun fact, I used to do electronics in high school, and while I’m not sure this was a project we did in class, I’m guessing I may have built it around the time I was in school. It was probably around 1985 or so, if I had to guess. (I think I took two years of electronics classes.) 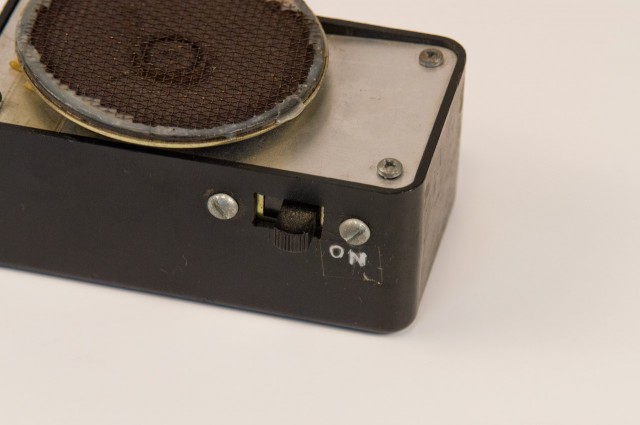 The speaker has a “grill” that appears to be made from a metal screen, maybe from an old scrap window screen? I do know it would have been built with whatever stuff was around the house. I think I used Elmer’s glue to attach the screen to the speaker. It seems to have held up! The lettering for the “ON” label was most likely done using Liquid Paper and there’s a bit of clear Scotch Tape covering it as a protective layer. This also held up well! 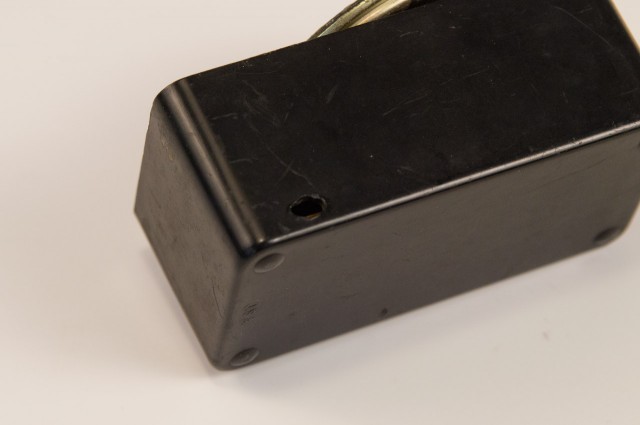 There’s a hole in the case. I’m not sure why. If I had to guess, I probably burned it with my soldering iron. I should say “Solder Gun” because at home we had one of these, and I don’t know if it belonged to my dad and I used it, or he bought it for me, but I do remember it wasn’t easy to solder with. At the time I didn’t realize this wasn’t the preferred tool for delicate electronics work… 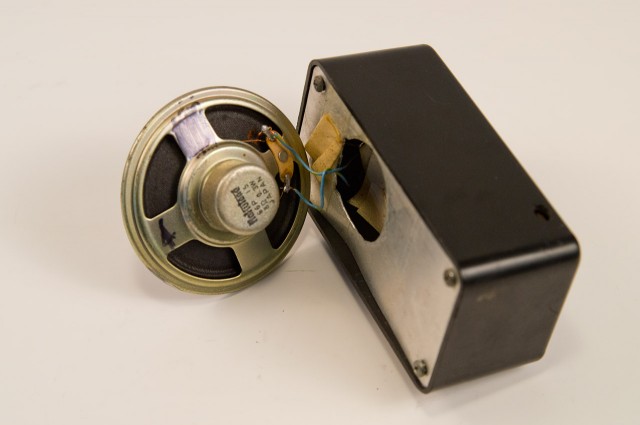 It looks like the soldering joints on the speaker held up fine… not so much for the masking tape, which dried up and lost its “stick”. I guess I just taped the speaker down, and used the tape as an insulator for the speaker contacts. (I did not know about hot glue yet.) 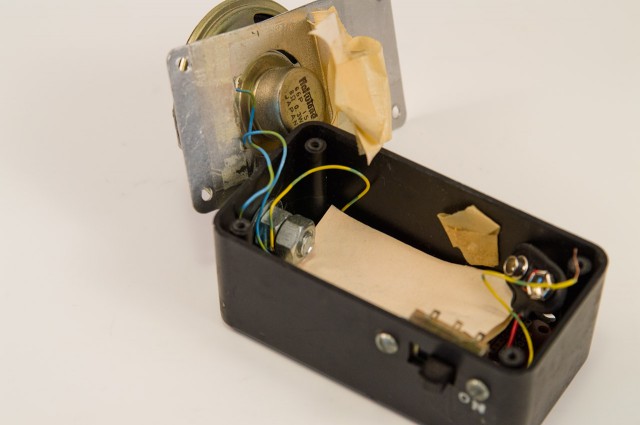 Let’s pop this sucker open! Solid core wire and a 9 volt battery connector are visible. There’s also a piece of paper that I assumed was to insulate the metal battery housing from the electronics. And then… 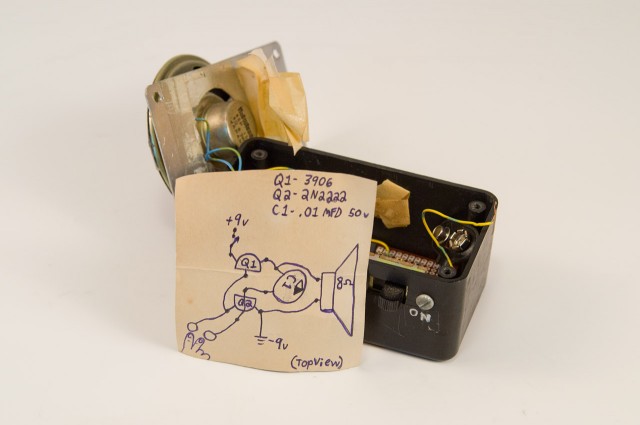 I took out the piece of paper and… oh my gawd, I actually documented this thing. There’s a circuit diagram and a Bill of Materials! This explains so much about my life, and honestly, I’m sort of proud of teenage me. Good Job, Petey!

And no, it’s not a proper schematic, but it’s approximately how I document most of my work/projects nowadays, using circuit diagrams, like you might create with Fritzing. 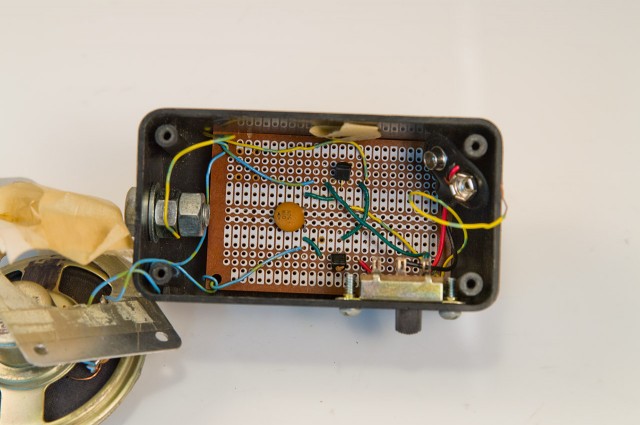 Finally! We’ve got a perf board inside with a few components soldered onto it, and rudimentary strain relief by running the wires through the mounting holes of the perf board. Well done, Petey! 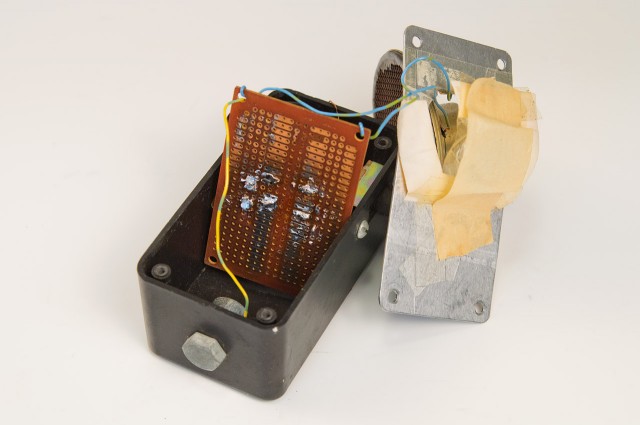 Let’s flip it over and… oh my gawd, the soldering! Sheesh! Now I am embarrassed! But this does lead me to believe I did this project at home, since that’s where I was using a giant soldering gun and giant solder not quite suitable for delicate electronics. Oh well, at least my soldering skills have improved since the late-1980s!

Oh, in case you’re wondering how it works, look at the diagram for a clue. You touched the metal bolt sticking through the enclosure and the top metal piece of the enclosure, and you completed the circuit, and could get weird tones based on how much you touched and how hard you pressed. I was really hoping to include a video but sadly, it did not work after 30 years of sitting in a box. Drat!

(And yes, I’m really tempted to build a new version of this to see what it sounds like!)