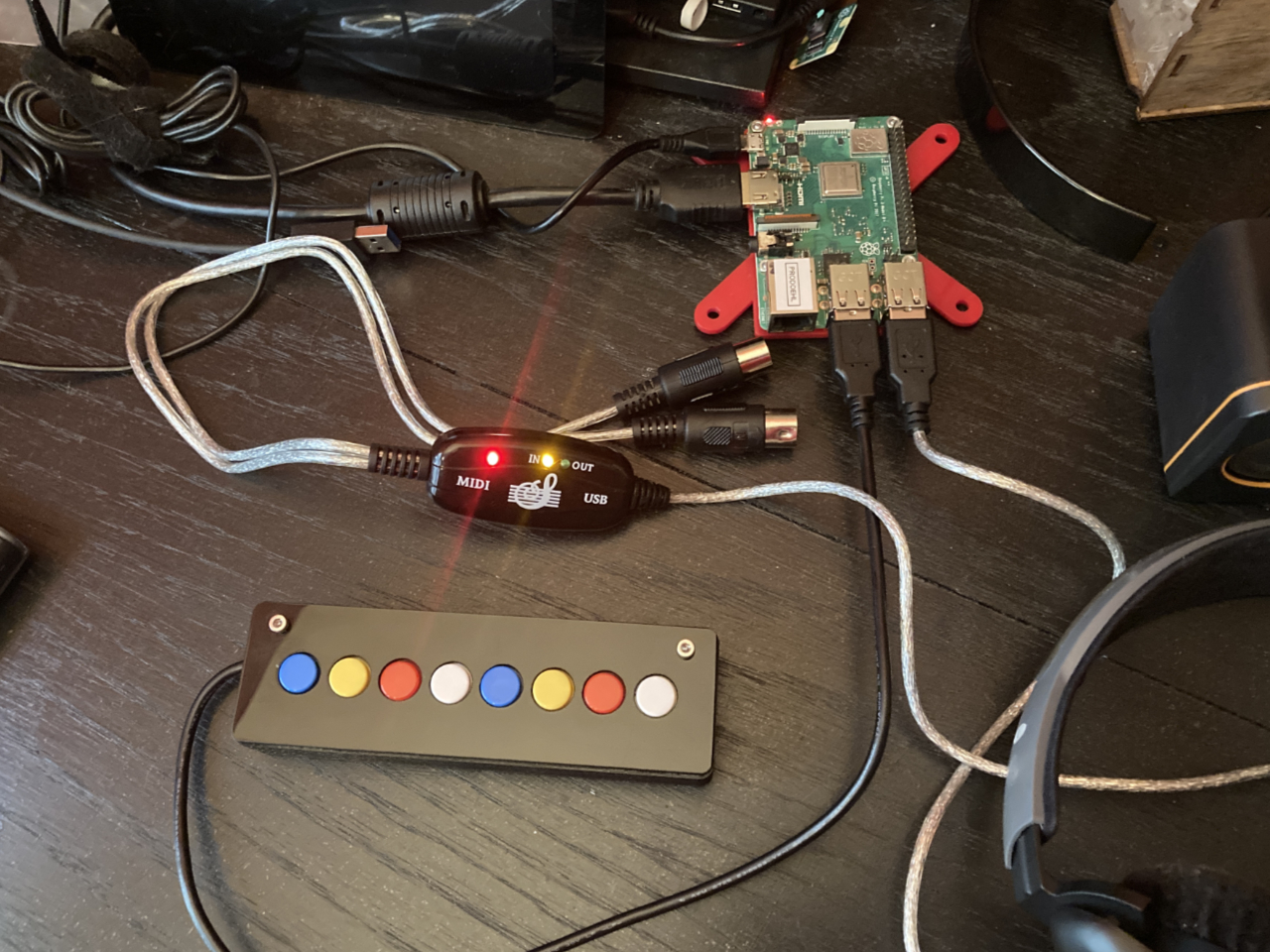 I’ve been building USB MIDI devices for a few years now, and in the past I’ve built a MIDI controller using a Teensy that controlled an Akai MPX16, but overall I’ve not had the need to connect things up for my own needs. But now that I’ve got a few things around that have MID inputs, outputs, and throughs, I need to expand my MIDI capabilities.

It seems there are a whole bunch of devices that just do MIDI over USB and don’t have MIDI jack for “true” MIDI output. I think this is just due to it being cheaper/easier to add a USB jack to devices instead of MIDI jack. (Even though there are TRS MIDI jacks, so size/price shouldn’t be much of an issue. It may be due to demand, since most USB MIDI keyboard/devices sold are just going to be connected to a computer.

As usual, I’ve got a lot of stuff laying around from past projects, so I’m recycling/pulling from existing stock here. I’ve got a Raspberry Pi 3 B (which was probably around $35 when I got it) and then you need a power supply (add $9) and a Micro SD card (add $8) so we’re up to $52 right there… and we need one more thing. I’ve had this USB MIDI Converter Cable for years, and it was about $6 when I got it. So hey, we’re under $60 but just barely.

So what do we do with this Raspberry Pi and other stuff? Well, we grab the disk image from this post titled Raspberry Pi as USB/Bluetooth MIDI host and burn it to the SD card and boot it up. Now, I was convinced I’d need to configure things but… it just worked! There’s a complete install post as well which I perused, especially when I tried to add an OLED screen. (That did not work.) To be honest I was a bit surprised it just worked out of the tin. It even worked fine with one of my 8K Controllers programmed for MIDI output.