I tried Reeder on the iPhone last year, and I wasn’t immediately in love with it, it’s alright, but I don’t really do too much feed reading on my phone nowadays. Still it’s nice to have an RSS aggregator on my phone, and it’s the one I liked the best. It was $1.99 at the time (it’s $2.99 now) and I was willing to pay that without thinking much about it. It would probably be a better experience on a newer iPhone (I’ve got the 3G) but then, what wouldn’t be a better experience?

I mentioned that I don’t do too much feed reading on my phone nowadays, and that’s true, but I think a large part of it is that I now do a ton of feed reading on the iPad. In fact, on a lazy Sunday morning I’ve been know to spend a good hour or two catching up on my reading just as someone may have read a newspaper in the olden days when they used to print newspapers.

On the iPad I used MobileRSS for a while and like it well enough, except when they redesigned the entire UI during an upgrade. In reading some of the reviews, I kept seeing mentions that it ripped off the design of Reeder. I ended up trying Reeder on the iPad, and while it took me a little while to get used to it, I started to like it. At $4.99 for the iPad version, I grabbed it right away, and I really do love it now. I’d estimate that feed reading on the iPad accounts for more than 50% of what I use the device for.

I normally use Google Reader in Firefox, with some help from Stylish, to make it a bit prettier, but when the Reeder for Mac beta came out, I gave it a shot, and I liked it. I still didn’t do too much reading on desktop (or laptop) as compared to the iPad, but it was nice to have. The user experience is much better than the browser. That said, I was worried it would come out of beta and require a purchase to keep using it. Well, perhaps I wasn’t worried so much as concerned about the unknown price.

Well, Reeder for Mac is out, and it’s $9.99. Now, I know I’m cheap, but I sort of feel like it just isn’t worth it (at least not for me.) I mean, if I weigh how much I use my Mac for feed reading, versus how much I use my iPad for the task, it just doesn’t measure up. If it was $4.99 on the Mac, I’d probably be tempted to grab it. Of course I’ve already spent about $7 for the iPad and iPhone versions, so maybe that’s another reason I’m not ready to kick down another $10 to have another version of it running on yet another device.

Reeder is a really nice feed reader though, and I love it on the iPad at $4.99, but I’m just not convinced it would be worth $9.99 on the Mac. (Again, I’m basing this on my own reading habits.)

Jason (@plural) is one of those smart guys that hangs out at the Milwaukee Makerspace, and he’s mentioned OSC a bit before, and I figured it was time to take a look.

I got TouchOSC installed on my iPad and I tested it out as a control surface for Apple’s Logic, which was pretty cool, but then I wanted to test it with Processing. Luckily, Stefan Goodchild, made this simple with his TouchOSCAccel code on GitHub.

In the image above, the red one on the left represents the tilt of the iPad as it’s sending data to Processing. The yellow one on the right is the iPad when it’s upside down. (The iPad connects to Processing running on my Mac via WiFi. Remote Control!)

I haven’t even tried to tweak the code yet, but figured I’d mention this neat little combo, because, you know, there may be times you want to control something in Processing using something besides a potentiometer connected to an Arduino.

Note: You will need the oscP5 library. 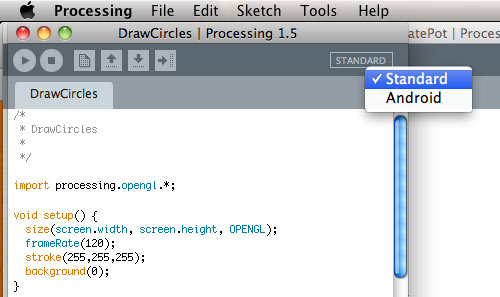 Milwaukee-based developer Josh Dean wonders what Apple product he should get?

Well, I’ve got two of the Apple product he’s considering, so I thought I’d share my opinion…

iPad
I’ve only had an iPad about two months now, and for me, it’s a consuming device. I do very little creating with it. That said, it’s an amazing consuming device. I use it for reading, mainly with Google Reader, for which there are many good clients. I also use it around the house as it’s often much more convenient to grab it for quick searches than any full-fledged computer. If you took away my iPad, there would be a hole in the way I access information around the house. That “around the house” bit is key to my usage. I rarely take it out of the house, but that’s just me. I could live without an iPad and still get all of my work done. For me, the iPad is much more about enjoyment and fun than it is about work.

MacBook Pro
I have a MacBook Pro, and before that, I had an iBook, and before that, a PowerBook… A laptop, for me, is a supplemental device to get more work done, or be able to work anywhere. I tend to do probably 80% of my work on desktop machines, but having a laptop lets me take the show on the road, and also lets me do two things at once. As a sidenote, the iPad has filled in much of what I used to use the MacBook Pro for around the house. As for work, the MacBook lets me do (almost) any work I need to do away from the office. It’s got FireWire, USB ports, an SD Card reader, video out, etc… The MacBook Pro is a full-fledged computing device for creating anything I need to create.

MacBook Air
I do not have a MacBook Air, and I don’t think I’d get one. It looks like an awesome netbook (though Apple will never call it that.) I used to use an Asus Eee PC 701, the first real netbook to hit the market. I loved the small size and light weight of the device, but it left a lot to be desired (not running Mac OS X was one thing.) The netbook was limited, but I learned to live within those limitations. I think the MacBook Air would be a little limiting for me, but then, I tend to want to do hardware as well as software stuff, and I need FireWire. If was just a developer writing code and didn’t need to worry about interfacing with certain hardware or having an optical drive available, the MacBook Air would probably be fine. Still, I tend to prefer the extra features a MacBook Pro affords, but again… that’s just me.

I don’t know if this will help Josh, or anyone else, make a decision, but I figured I’d share my opinion.

Here’s a few previous blog posts that may also be helpful: 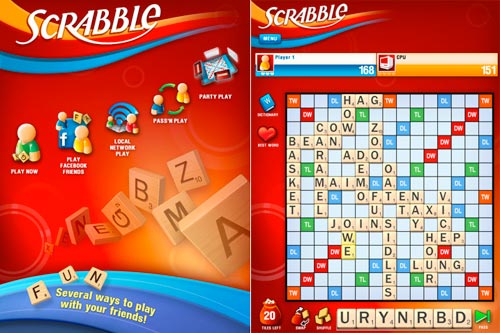