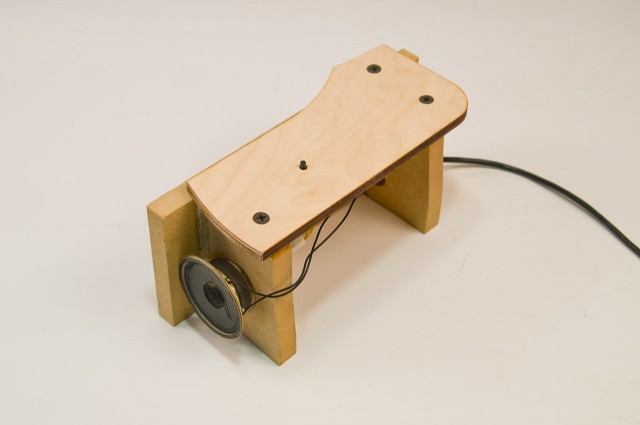 We’re back after a short break with another noisemaker! Oh yeah, there’s a whole series of these things, all of which were shown at Maker Faire Milwaukee in 2017. (More links are at the bottom of this post.) 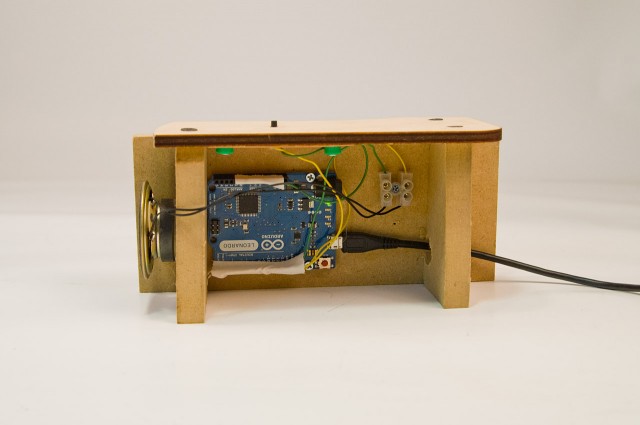 I built this one very quickly while Maks was using my shop. I tried to stay out of his way and built it off to the side while he was using the workbench. I grabbed an Arduino Leonardo I had on hand and I just stuck some wires in the header pins and stuck them down with gaff tape. I also hot glued a small speaker into place and added a small terminal block to wire things up. There’s a MicroUSB cable to provide power. 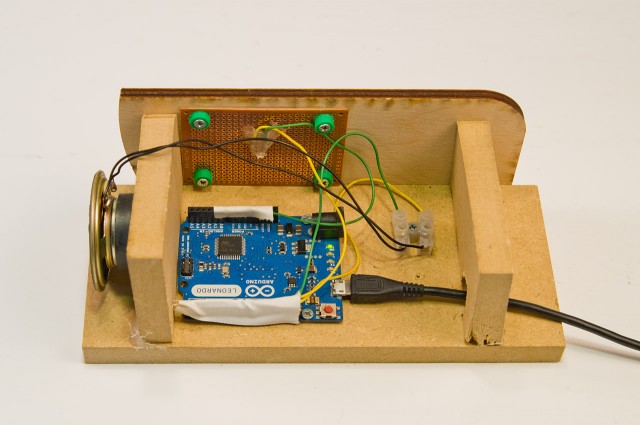 This one was built with a bunch of scrap wood and MDF. The one tricky thing with this one was something I wanted to try with the button. I used a breadboard compatible button and mounted it on some perf board and drilled a hole through a 6mm piece of Baltic Birch and used a Forstner bit to pocket out a space for the square body of the button so it would sit flush. (This was meant as a test for a future project, so I was glad it worked out.) 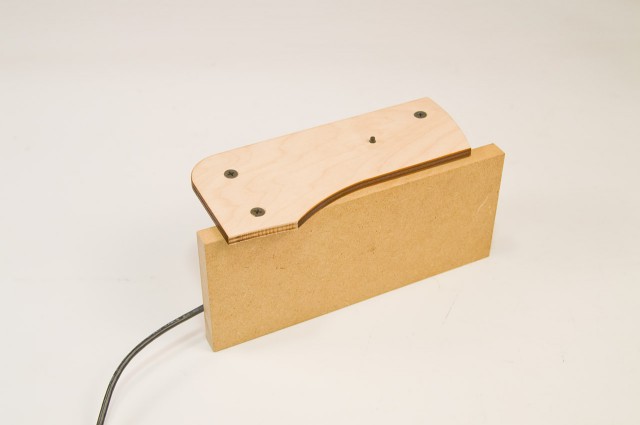 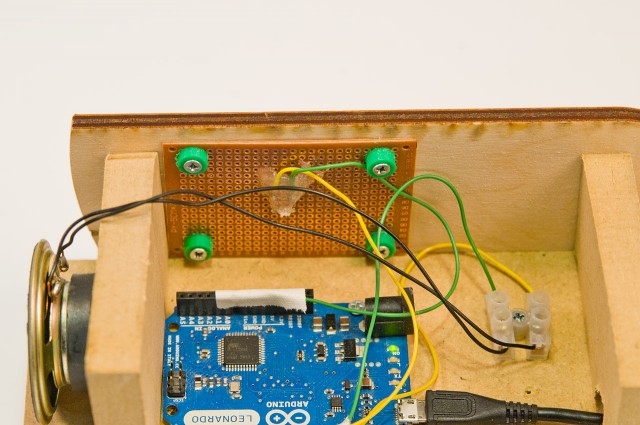 This one did have what I considered a fun sound though. It’s pretty much a siren. Woo-Woo-Woo-Woo goes the noisemaker! I can’t remember where I got the code from but it uses freqout, so that’s exciting. Enjoy!